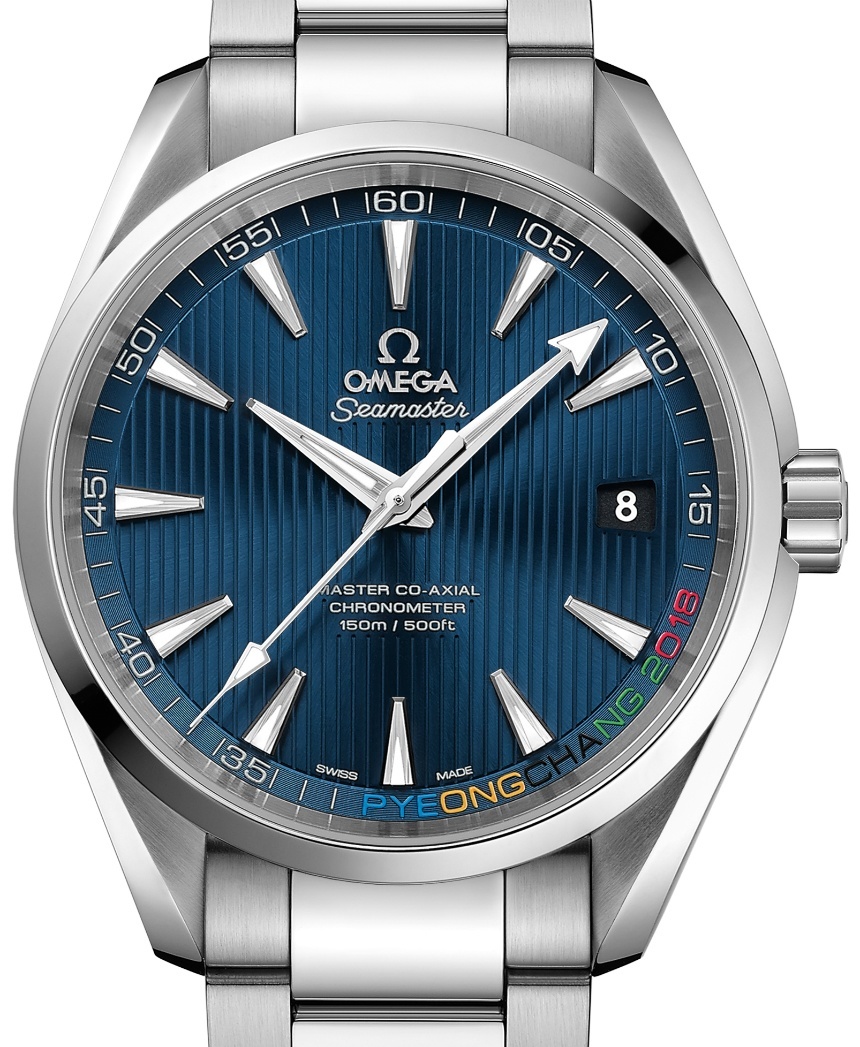 If there is one watch brand that can rightfully claim its podium in the Olympic Games, it is Omega. Since Omega’s debut as the first Olympic timekeeper in 1932 at the Los Angeles games, chosen to supply 30 stopwatches and a watchmaker to measure elapsed times, the Swiss brand has been a regular participant in the world’s most famous sporting event. To celebrate the two-year countdown to Omega’s participation in the next Winter Olympic games – beginning on February 9, 2018, in PyeongChang, South Korea – Omega has released the Seamaster Aqua Terra “PyeongChang 2018” Limited Edition. 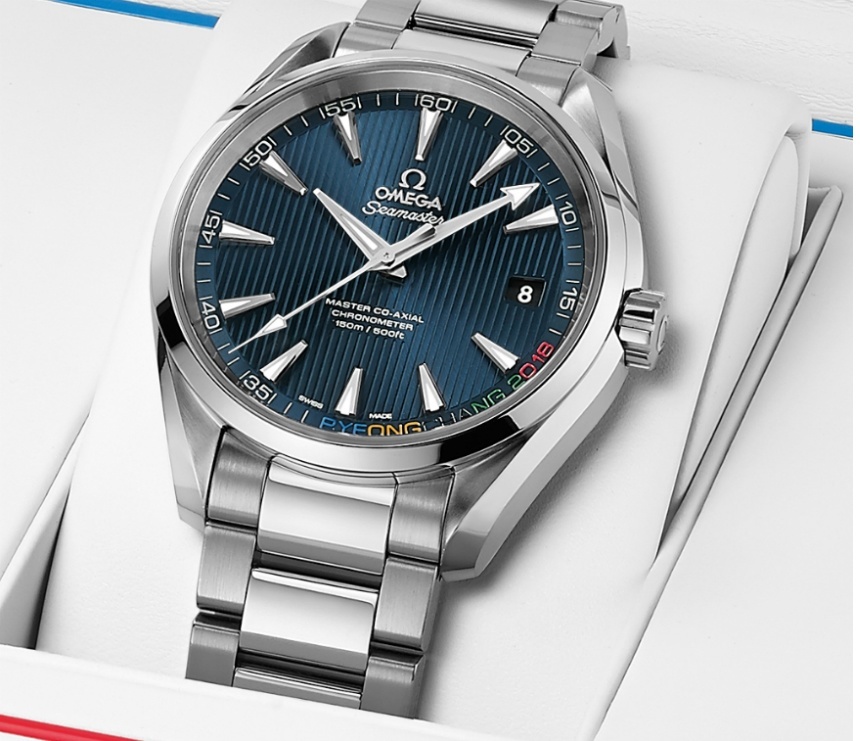 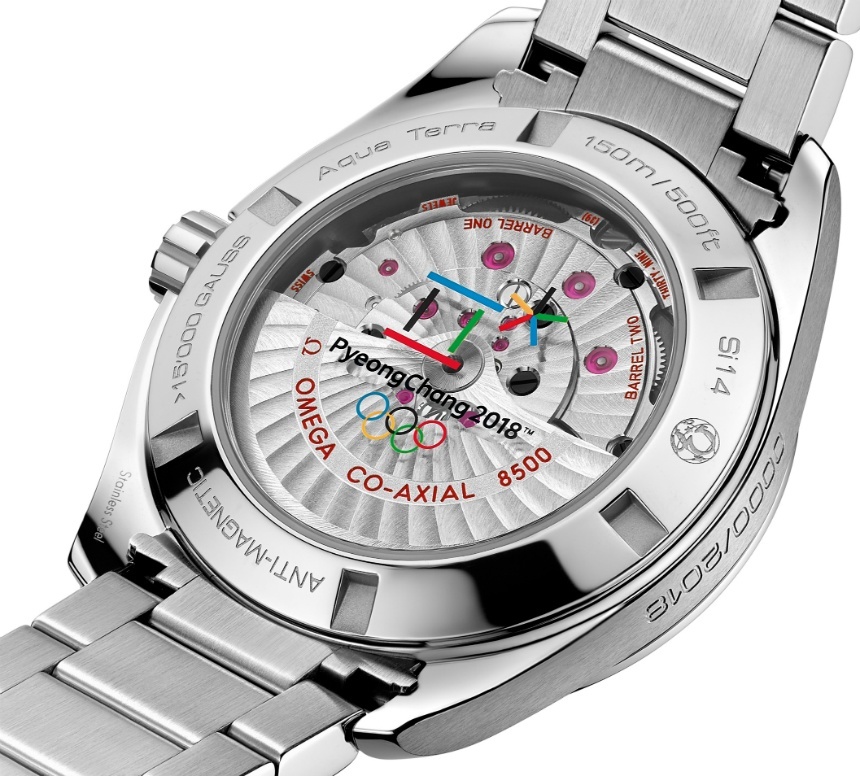 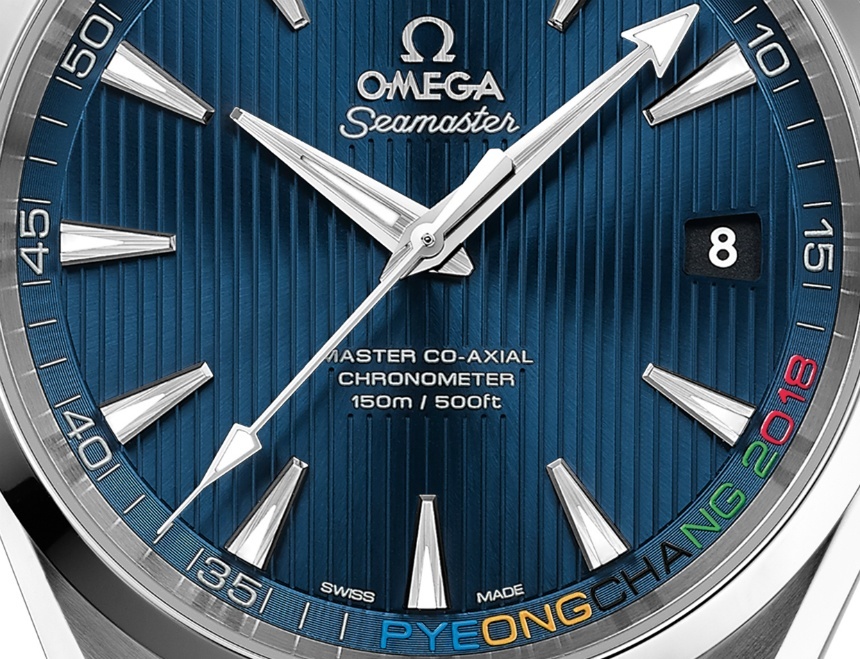 The navy blue dial shows off the elegant vertical decking to great effect and provides a contrast to the powerful indices and the arrow-tipped minutes hand treated with luminescent material. To commemorate the upcoming Winter Games of 2018, the words “PYEONGCHANG 2018” have been inscribed on the flange using the five colors of the Olympic rings. What is quite remarkable is the fact that the numbers 20 and 18 of the year correspond exactly to the time on the minute track, a clever coincidence that will never occur again in our lifetime. 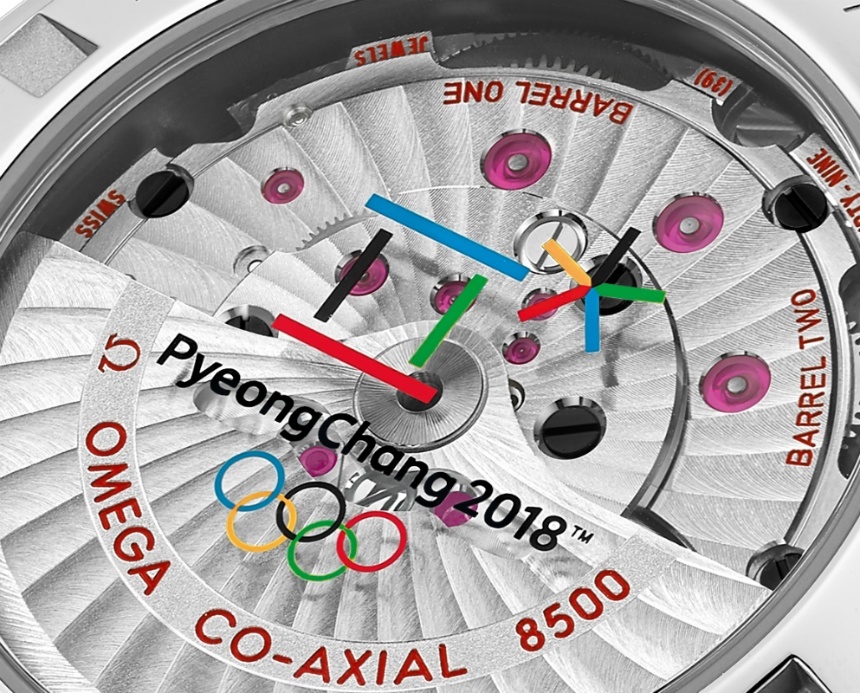 Presented in a 41mm stainless steel case and bracelet, the surface alternates brushed and polished finishes. On the caseback, a sapphire crystal glass with the official Olympic logo reveals the Master Co-Axial 8500 movement. Although this is not one of Omega’s newly METAS-certified calibres (procedure described in this article), the COSC-certified movement is anti-magnetic to fields of up 15,000 gauss and water-resistant to 150 metres, in keeping with the collection’s origins as a dive watch. 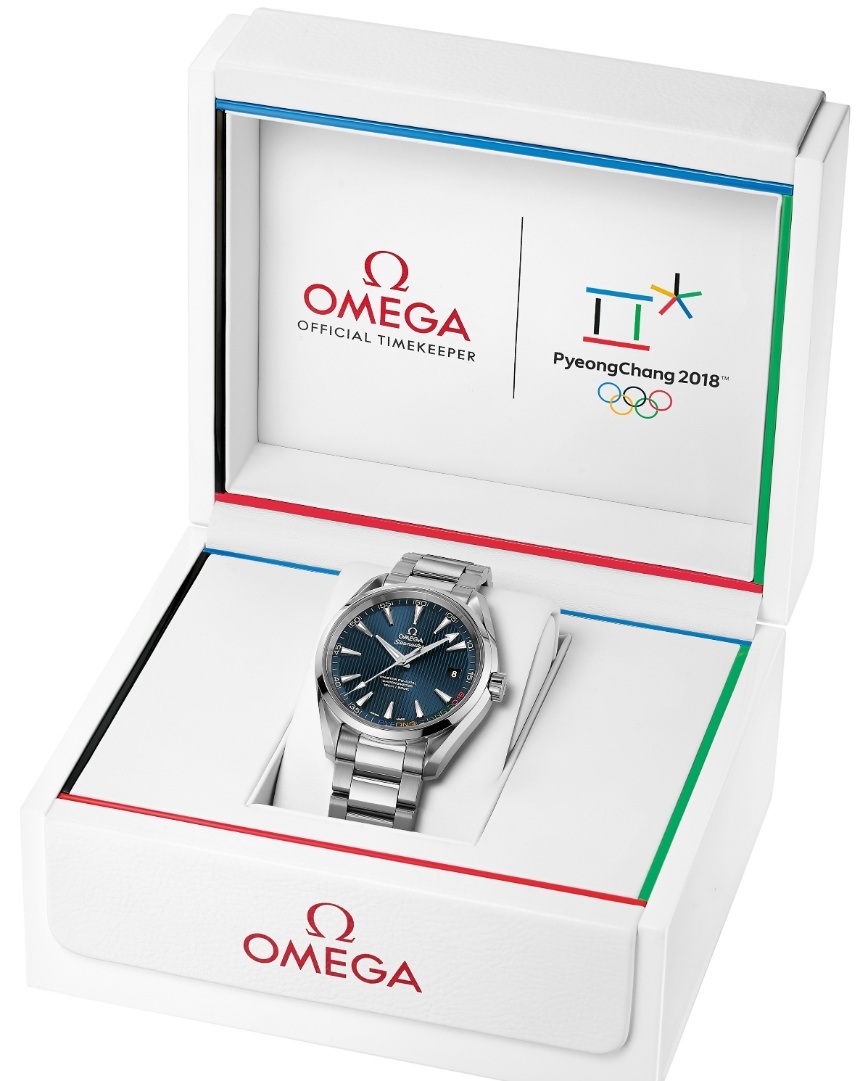 The Omega Seamaster Aqua Terra “Pyeongchang 2018” Limited Edition will be produced in a series of 2,018 watches with the edition number engraved on the left side of the case and will be presented in a commemorative box with the logo of Pyeongchang 2018 and the traditional Olympic colors. Retail price is $6,400. omega.com