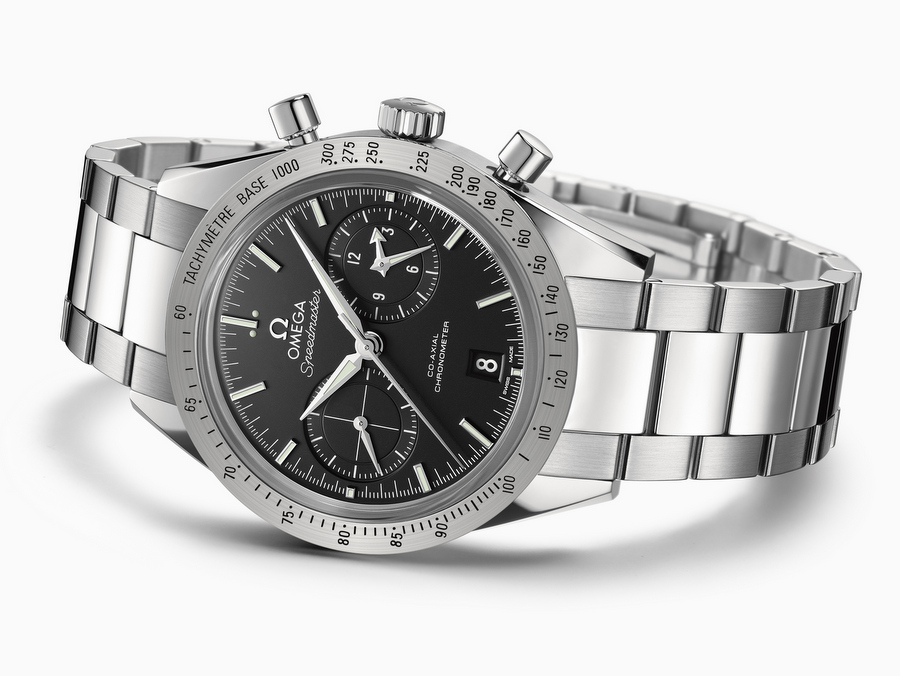 Baselworld 2013: Welcome yet another Omega Speedmaster for you Omega fans out there, the Omega Speedmaster ’57 Co-Axial Chronograph is a vision of the past with new guts. It seems several items to be unveiled at Baselworld were posted on Omega’s site yesterday a bit prematurely and quickly taken down.  We told you yesterday about  the Omega Speedmaster Dark Side of the Moon, as we were able to grab some of that info before Omega pulled it from their site, and today we have enough info on another release from that “leak” – I went to that release page today, and in spite of getting George Clooney’s face on the error page of the Omega website staring at me… 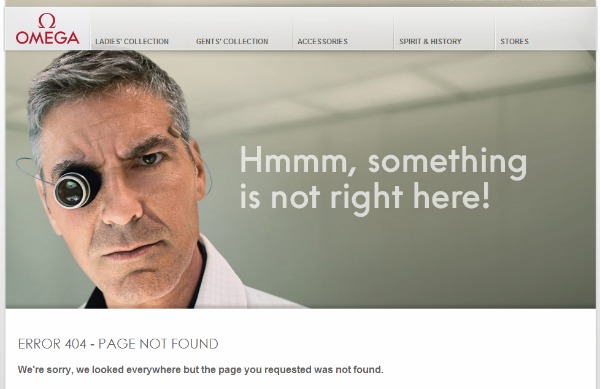 …we have another Omega Speedmaster variation to tell you about with timeless appeal that will certainly speak to more people. 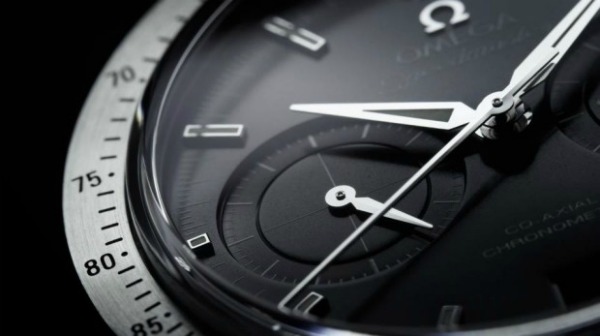 The ’57 distinguishes itself most notably with not having a black bezel as seen on the Moonwatches. This imparts a more traditional chronograph look and in many ways, bears a more than striking resemblance to the Rolex Daytona. This is especially so when paired with the flat bracelet with brushed and polished links. I would go with this version of the Omega Speedmaster if I were more inclined to a traditional chronograph look and was not attracted so much to the bolder Moonwatch variation.

Movement-wise we have the same in-house co-axial calibres 9300/9301 equipped with a silicon balance spring which is impervious to magnetic fields. This is a movement that I have looked at before and am personally a big fan of, as it allows a more streamlined dial look, reducing the three sub-dials of the original 1957 version to a more  balanced bicompax layout. 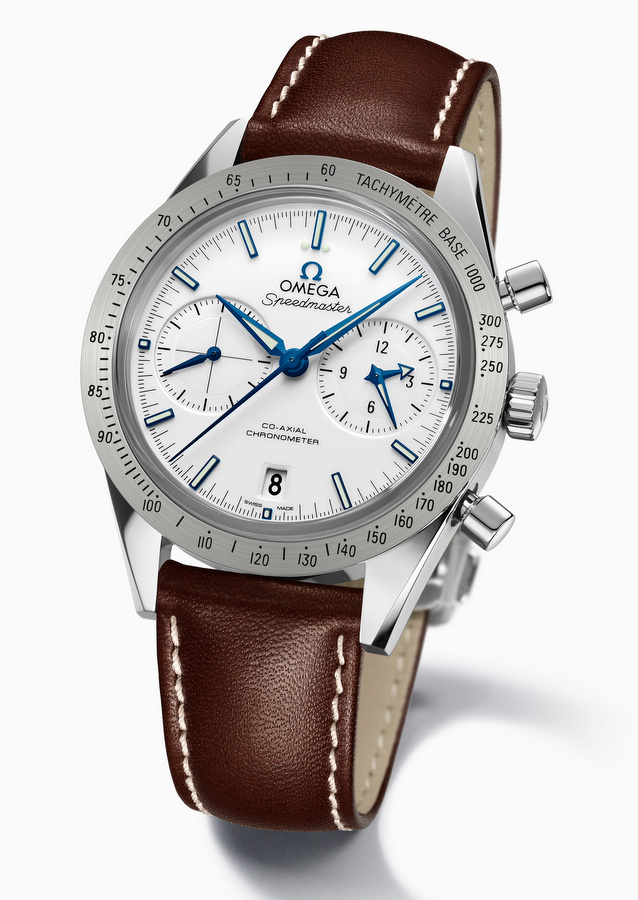 Of course, Omega will be bringing out this watch in quite a number of different variations. For example, black or white dials, blued hands and a choice of case materials ranging from red or yellow gold, titanium, two tone red gold/stainless steel or in plain stainless steel. You will have a choice of getting this watch on a leather strap or a matching bracelet.

I am informed by my sources that the case size will be the 41.5mm, which is smaller than the Moonwatch variations at 44.25mm. This is something to keep in mind in case you were expecting the larger case size. Also of note, there is no Broadarrow hand set like in the original 1957 Omega Speedmaster. This is quite unfortunate as the Broadarrow hands were what distinguished this watch, looks-wise. Still, this gives room for Omega to launch another version with the right hands.