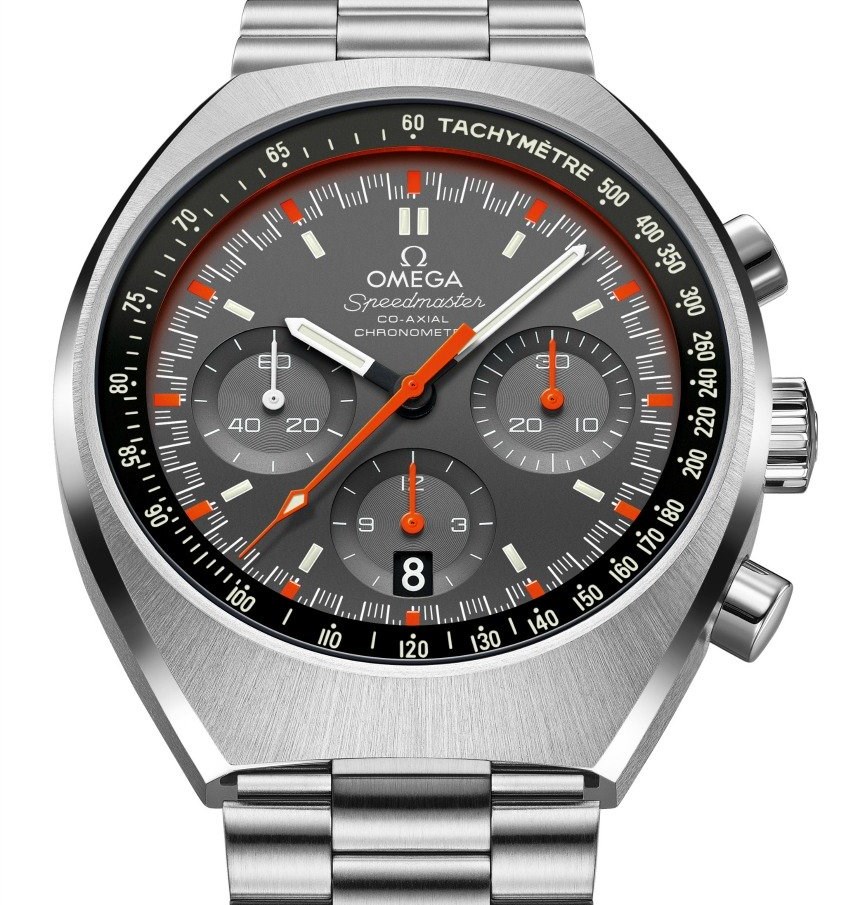 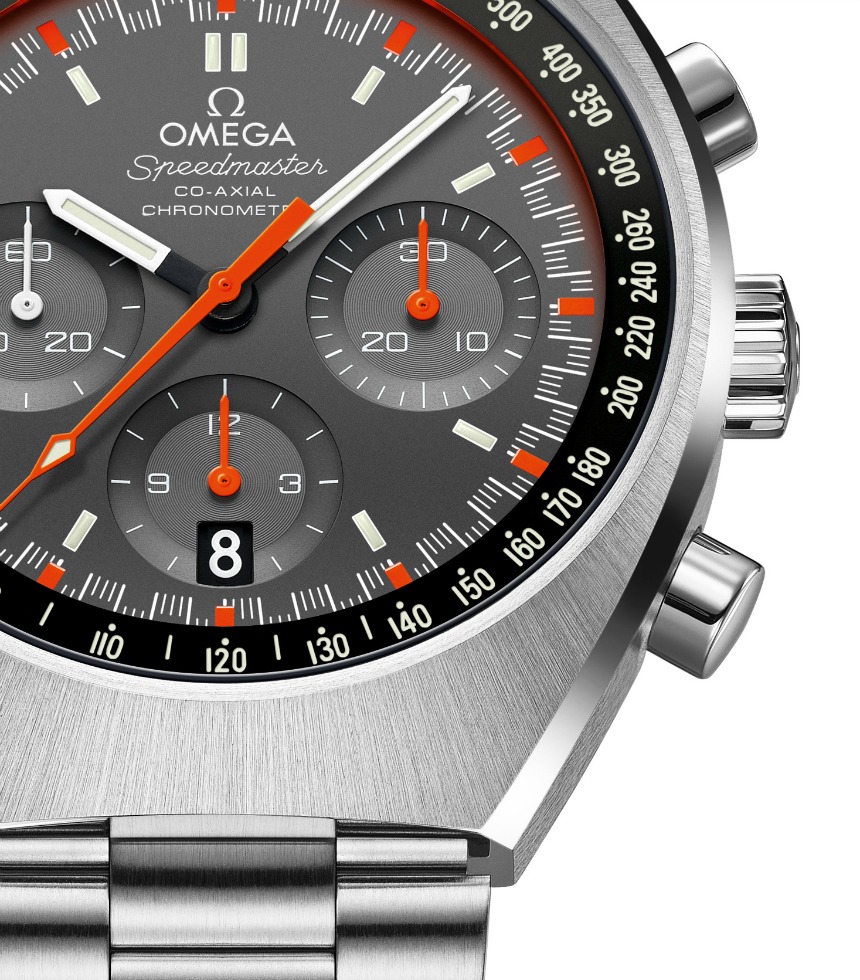 Sadly the 2014 models do away with the “Professional” as well as the “Mark II” labels on the dial. “Professional” is reserved for other modern Omega pieces I believe. The new “Co-Axial Chronometer” text on the dial is a clear example that these are very modern watches. The rest of the dial’s elements offer welcome legibility and 1970s era looks that feel retro in a cool way. A few years ago we seemed to be emulating vintage watches from the 1950s and 1960s, and by 2014 we are at the 1970s.

Inside the 2014 Omega Speedmaster Mark II watches are Omega Calibre 3330 automatic movements. The movements include both Omega Co-Axial escapements as well as silicon balance springs. The chronograph is column-wheel based and the movement has been certified as a COSC Chronometer. I personally am a big fan of the Omega 3330. It is a mid-point chronograph movement in price, sitting between a well-regulated stock ETA and Omega’s entirely in-house Calibre 9300 movement found in top-of-the-line Speedmaster Co-Axial Chronograph watches such as Dark Side Of The Moon. We last saw Omega use its Calibre 3330 in the beautiful Seamaster 300M Co-Axial Chronograph ETNZ Limited Edition make for the America’s Cup (hands-on here). 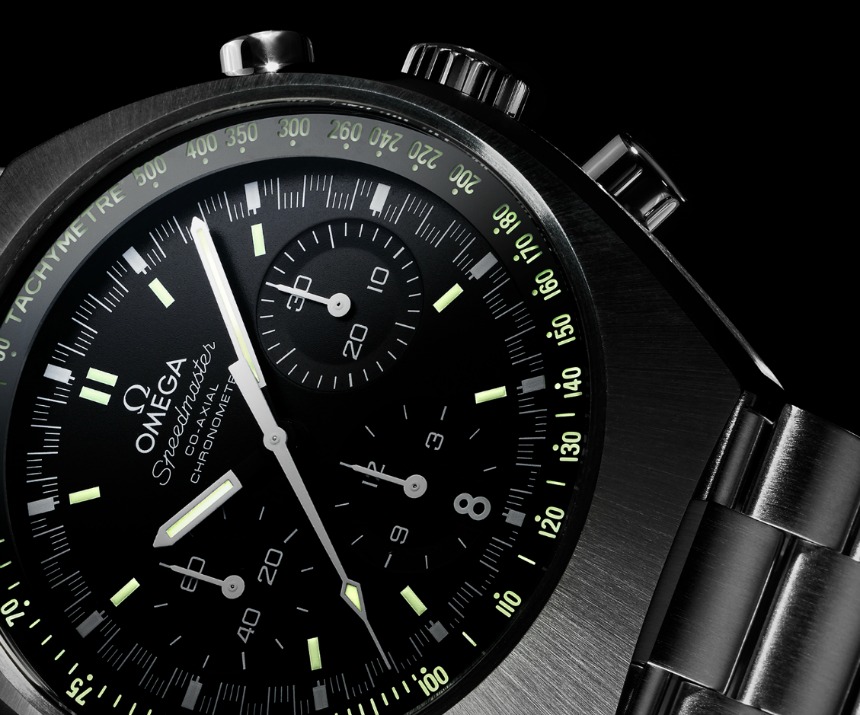 The 2014 Omega Speedmaster Mark II watches will be similarly priced to the Seamaster 300M Co-Axial Chronograph watches – which like I said, is a great middle point between stock ETA and totally in-house made Omega movements. Having said that, with a silicon balance spring, Co-Axial escapement, column-wheel chronograph, and COSC certification, the Calibre 3330 is a great value. It also happens to have the same layout as the original Omega Speedmaster Mark II watch dial – but this time, with the date (located at 6 o’clock).

As another exploration into its rich past, the Omega Speedmaster Mark II watches bring back a design that many people still enjoy. Further, even though this is clearly a vintage-themed watch, it is based on a design that has aged very well. What you get is a very handsome tool watch for men who like a nice timepiece on their wrist but aren’t particularly interested in being thought of as fashion-forward. This is among the few new “truly manly” timepieces I’ve seen released in a while – and it doesn’t at all surprise me to see it from Omega. Retail price for the Omega Speedmaster Mark II watches will be $6,250. omegawatches.com