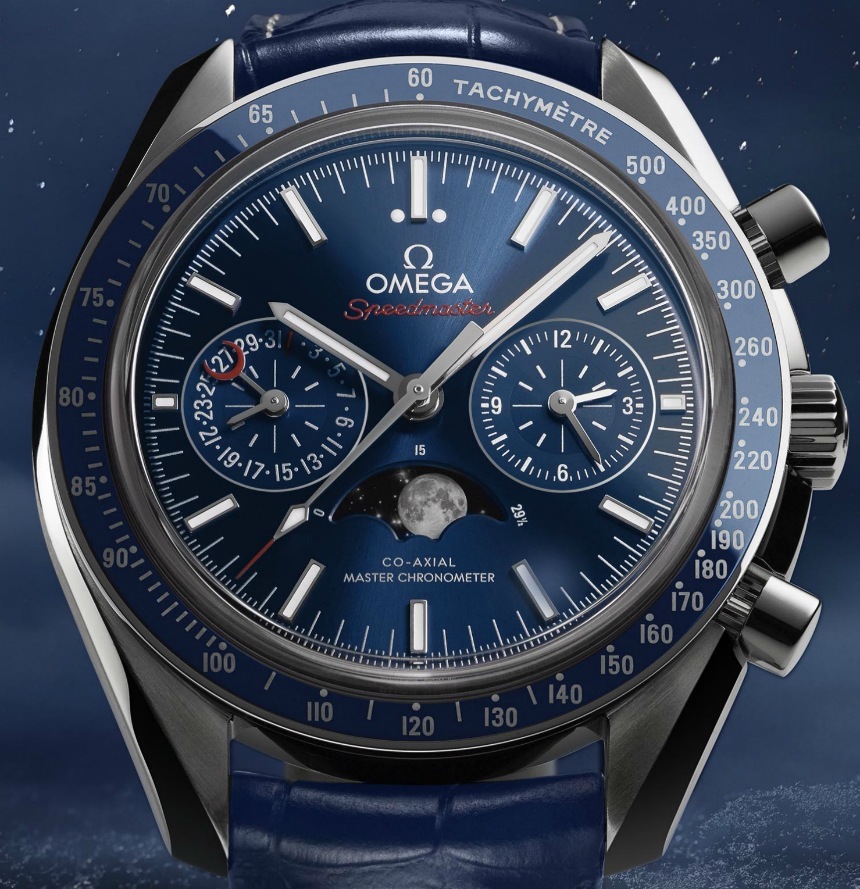 Baselworld 2016 sees the introduction of a new member of the Speedmaster family with the return of a moonphase Speedmaster. This is the Omega Speedmaster Moonphase Chronograph Master Chronometer watch and it is a real beauty. If there is any sports watch collection that makes total sense to include a moonphase indicator is the omega “moonwatch.” 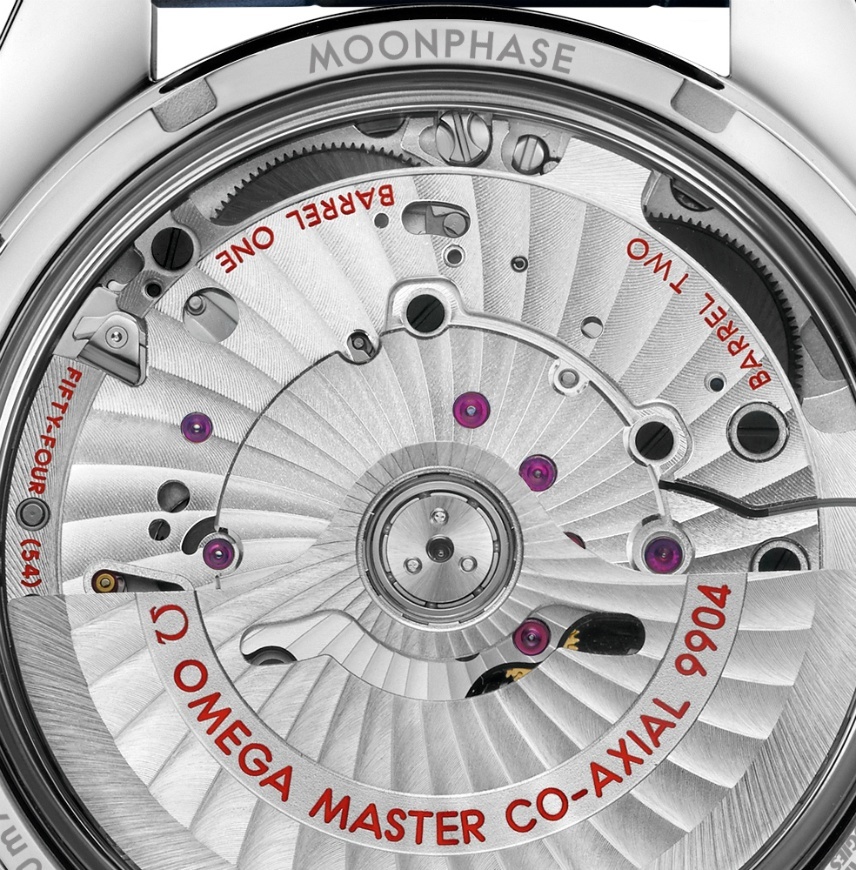 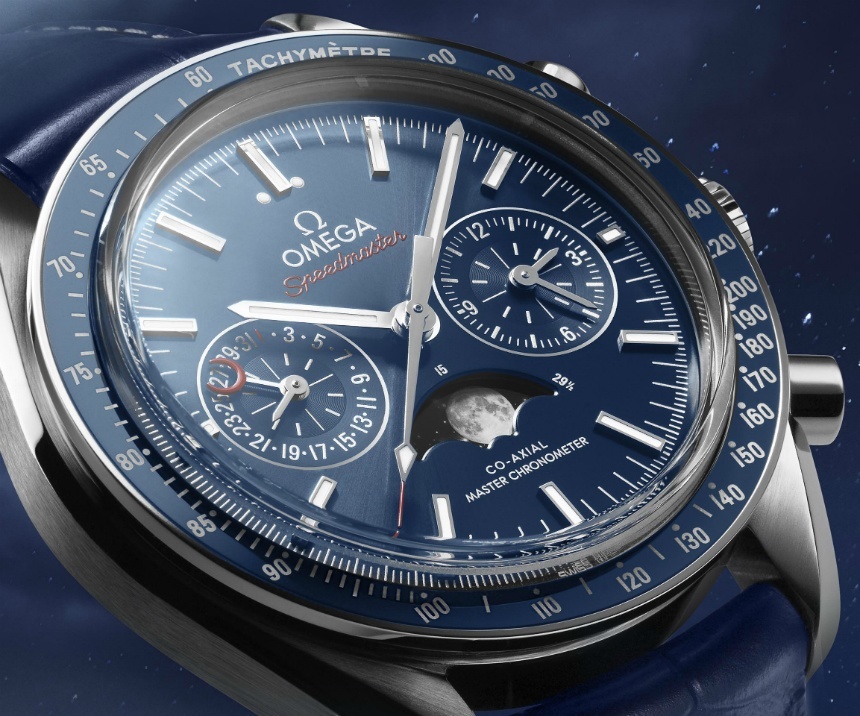 The Omega Speedmaster Moonphase Chronograph Master Chronometer begins with a new movement that is the in-house-made Omega caliber 9904 movement. Building on the caliber 9300 series the 9904 adds more than just a moonphase complication and a different way to indicate the date. The movement is now fully METAS certified and a “Master Chronometer” (debuted with the Omega Globemaster), which implies a few things. First is that the movement has all the Omega-made anti-magnetic parts. Of course, the movement is also a Co-Axial Escapement. On top of that, the METAS certification (more on that here) requires a lot of durability and performance out of not just the movements but the movements cased up in the complete watch, so the overall set of “assurances” for the consumer are much higher than something like COSC Chronometer certification alone. 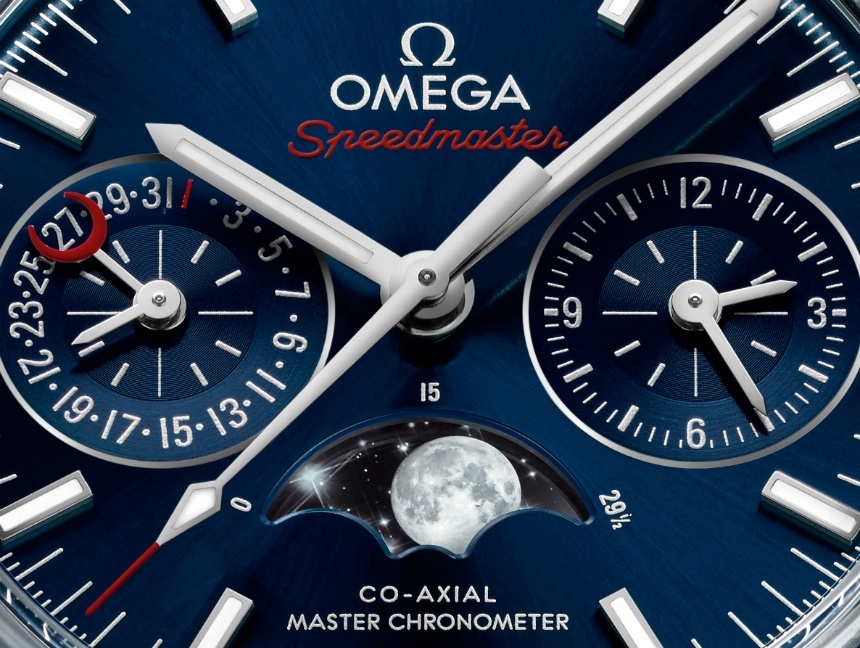 The 9904 movement is made up of 368 parts and includes the time, 12-hour chronograph, date, and new moonphase indicator with a photo-realistic representation of the moon. It is so realistic Omega claims that on close inspection you can see the picture of a footprint on it (from the NASA Apollo missions). The moon phase is said to require adjustments once each 10 years or so, and the new date indicator uses a pointer-style hand in the left subsidiary dial and helps balance out the two subdials which each have two hands. 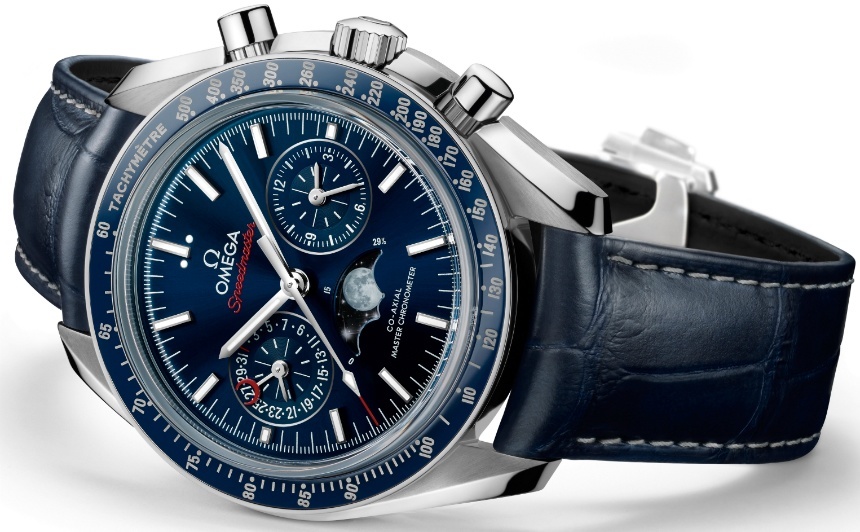 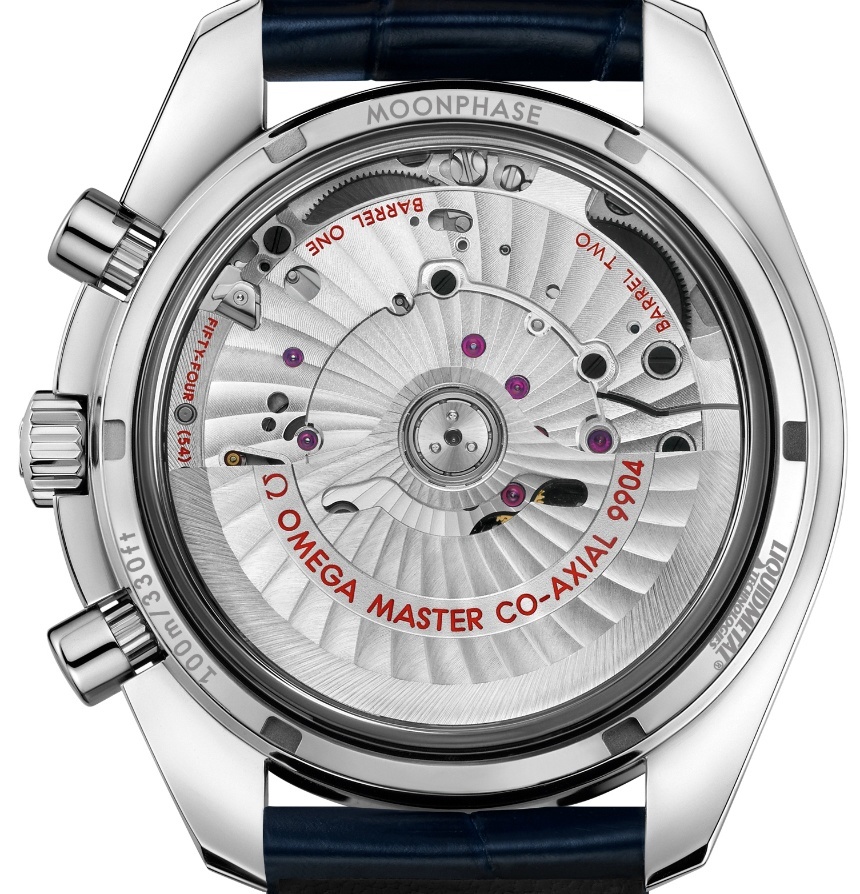 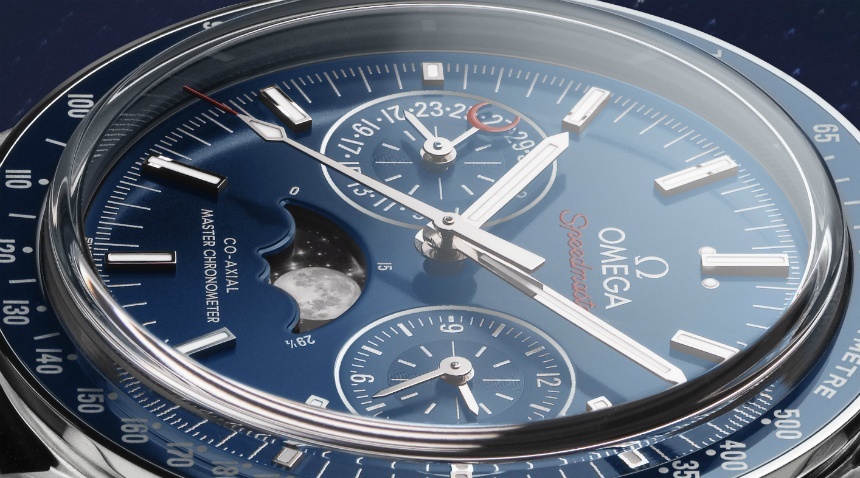 Omega fans have been waiting for a METAS-certified Speedmaster which we have been promised for a few years now. Omega introduced METAS certification with the Globemaster, and has promised that more and more in-house movements would receive the certification process as their METAS department slowly increases its capacity. I’ve visited the relevant department at Omega and can assure you that if you want what is currently perhaps the best Swiss certification for a mechanical movement’s durability and performance, it is METAS. I look forward to going hands-on with the Omega Speedmaster Moonphase Chronograph Master Chronometer at Baselworld 2016 soon. Price is 9,400 Swiss francs. omegawatches.com