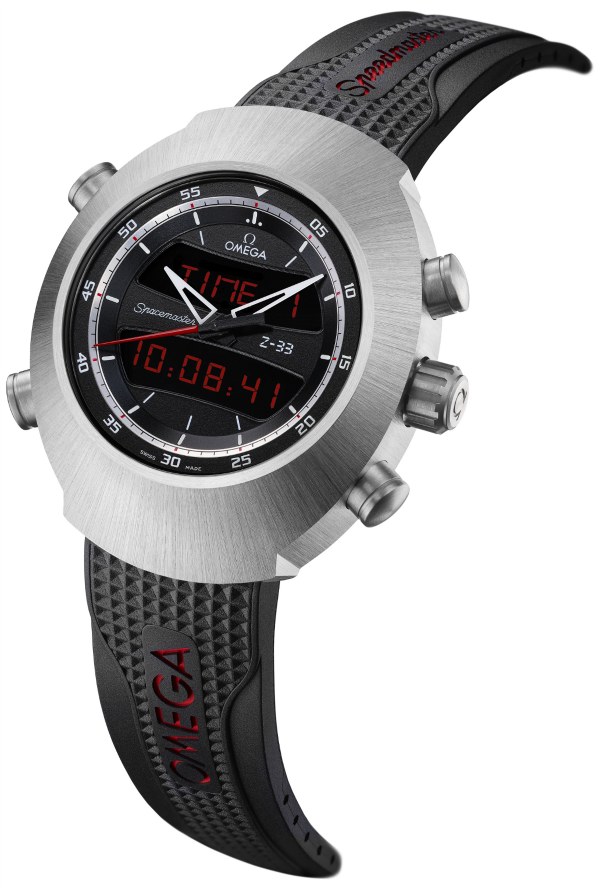 For 2012 Omega returns to its tradition of offering very cool high-tech quartz pilot watches. The Z-33 is of course offered in honor of the famed Speedmaster X-33 from several years ago. Limited in production, the X-33 is now a highly lusted after collector’s item. While a new watch, the Spacemaster Z-33 is produced in honor of some very important historic Omega watches.

More images will come soon, but for now you can see that the most iconic aspect of the Z-33 is the case. This is the same case design as the original Speedmaster Alaska Project watch. It was a Speedmaster designed to survive extreme cold temperatures (such as those on Mars). The version of the Alaska project watch with this case I don’t think was ever produced. Though it did exist and it is very cool. The case later showed up on the Omega Flightmaster watches. 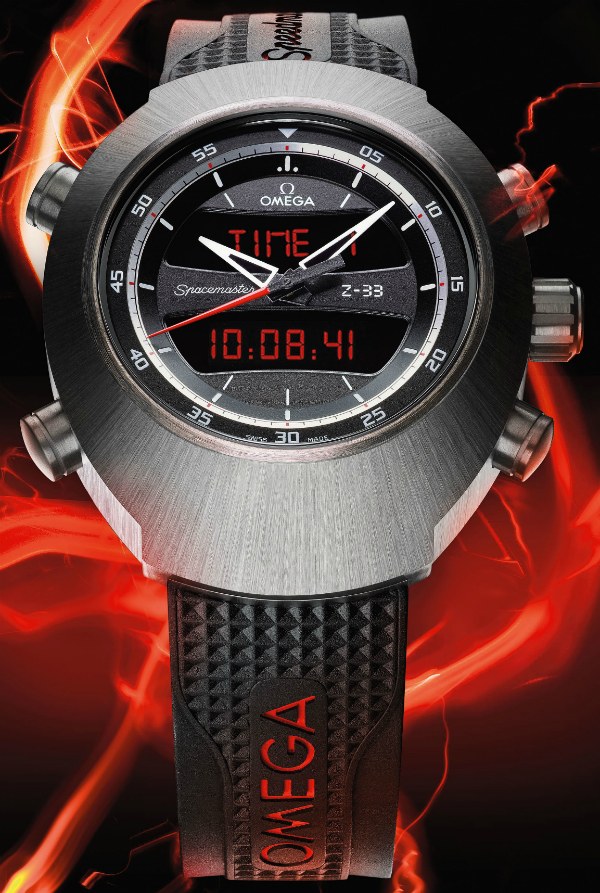 I also believe that it was the first watch case made out of titanium. It is thus fitting that the new Spacemaster Z-33 watch case is also in titanium. I will offer more tech specs when I have them available to discuss the dimensions of the watch. The case is not super large, but the case might appear that way. It is a thick piece, and very interesting looking on the wrist. The thick metal case was originally designed to protect the movement.

Like the X-33 the Z-33 will have a special thermo-compensated Swiss quartz movement. Inside the Z-33 is the Omega quartz calibre 5666 multi-function analog/digital movement. Until the X-33 with revolving text, this model has the LCD screens in an easier to read horizontal format. The special red on black screens (with backlighting) offer superior legibility. 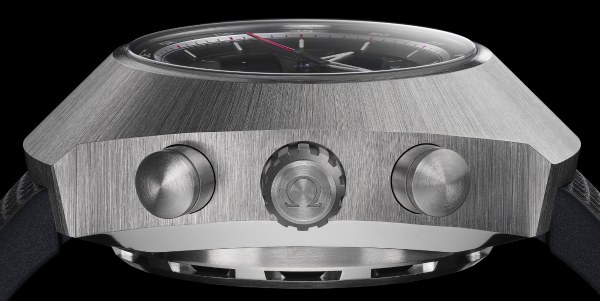 Large titanium pushers offer the ability to easily operate the various functions that include alarm, perpetual calendar, chronograph, timer, and second time zone. The dial depsite the LCD screens is very legible and modern with a classic tint. The Spacemaster dial has SuperLumiNova all over it for night viewing as well.

This is very much a pilot watch. It has only 30 meters of water resistance, but that should be fine for most people using it. The design is really cool, and I am glad that Omega is still focusing on those wanting high-function high-end quartz movement watches. The historic case and nod to Omega’s past are going to be desirable touches. The watch will come with both a leather and rubber strap. More details on the new Spacemaster Z-33 watch as I get them.