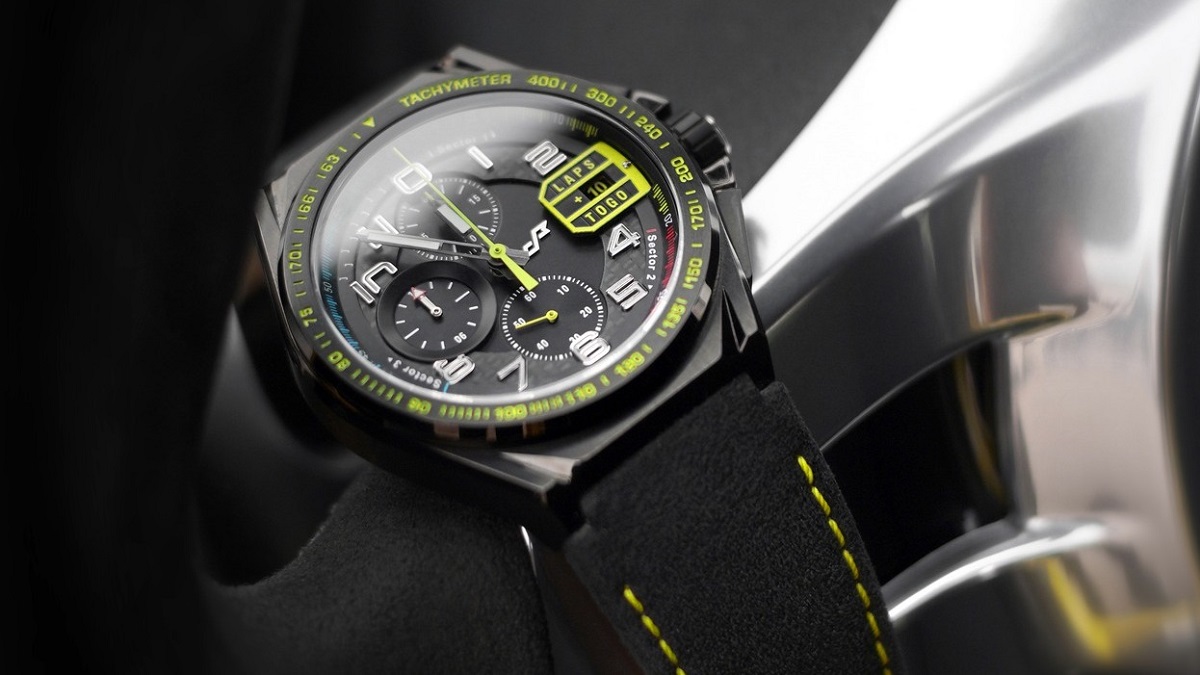 PaceMasters Watches is a brand of racing-inspired timepieces, which was founded by Eugene Cherdantsev, a 31 year old motorsport fan and watch enthusiast from Moscow. He has built up a small team of watch and car designers from New York, Berlin, Istanbul, and Zurich, who draw inspiration from motorsports and Formula 1. In the last 16 months, the team has been working hard on creating the concept from scratch, starting from sketches, building several prototypes, fine-tuning, and finally having the actual product on the wrist. 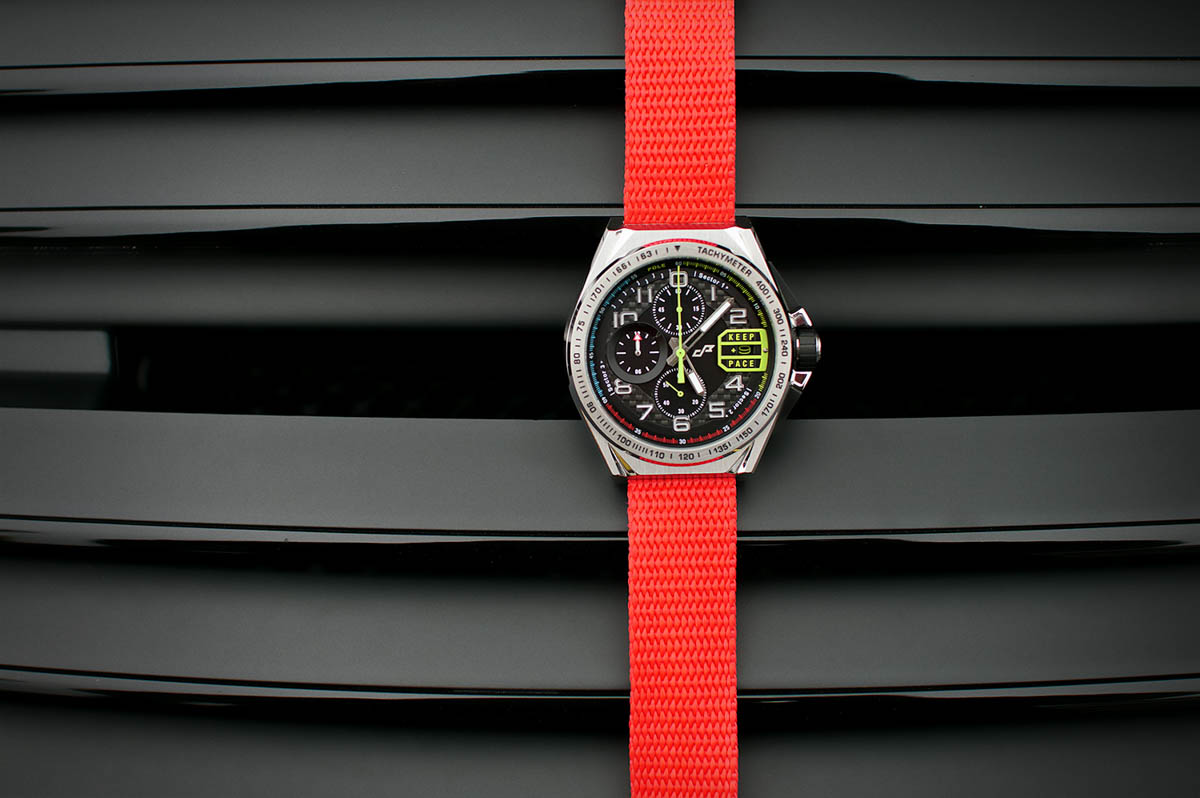 PaceMasters’ name is a blend of two words related to racing: Pace and Master. Motorsports are all about keeping the maximum possible pace at the limit of the driver’s concentration, and this is where you have to be the “Master of Pace.” The logo consists of three objects: a flag, a race circuit scheme with an intersection, and a representation of the letters P&M. 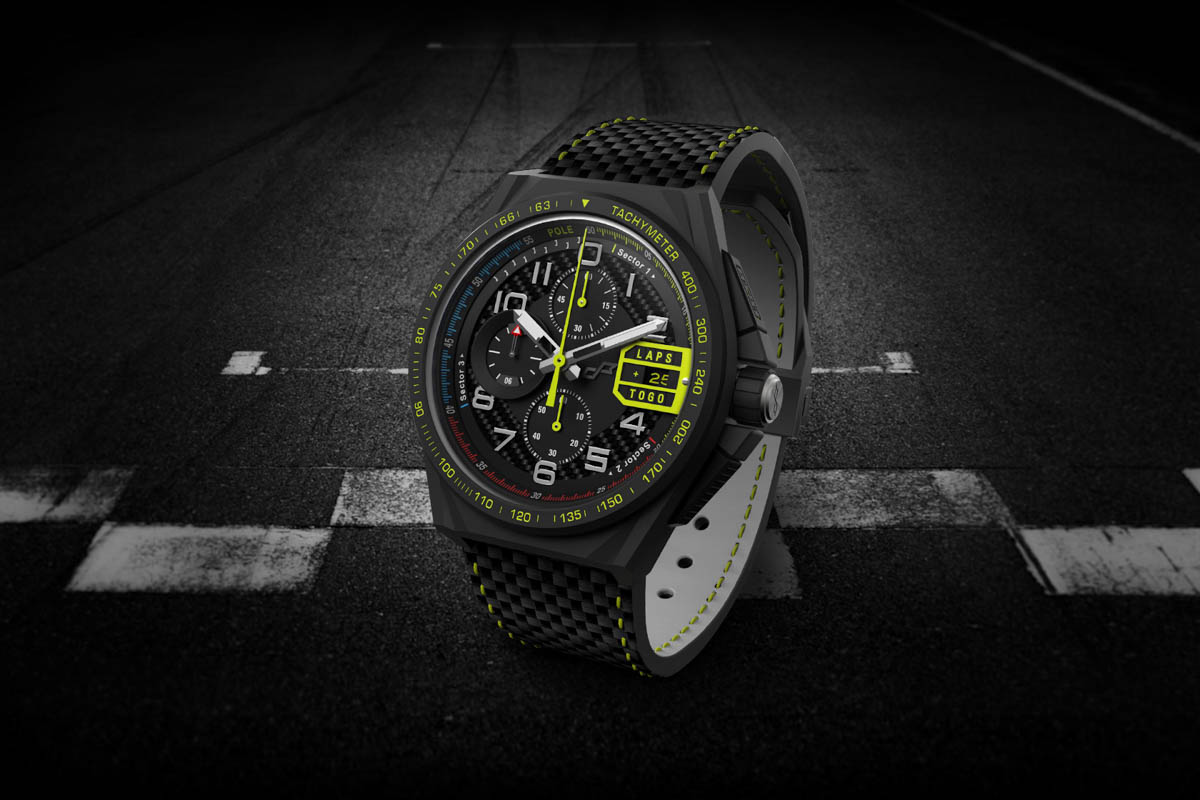 The Paddock Chronograph is the first timepiece from the racing-inspired collection. The Paddock name comes from the limited access enclosed area on the racing circuit behind the pits in which the teams keep their motor homes and where all the behind-the-curtains racing life happens. There is no public admission to this area and one should have a special Paddock Club Admission to get there, which makes the Paddock Chronograph feel like a privileged pass to the world of racing. 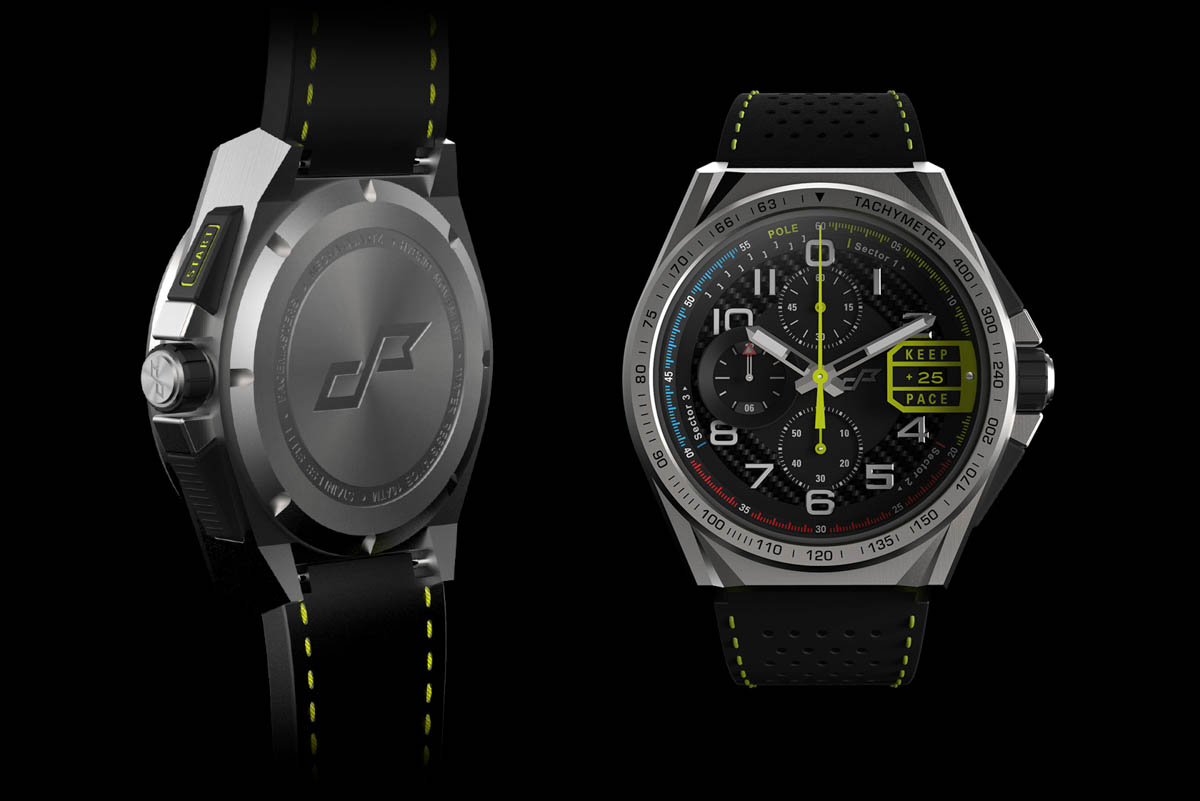 Just like a modern Formula 1 race car the Paddock Chronograph is powered by hybrid technology, a Meca-Quartz Movement from TMI (Seiko Group) known as the VK67 premium chronograph series. 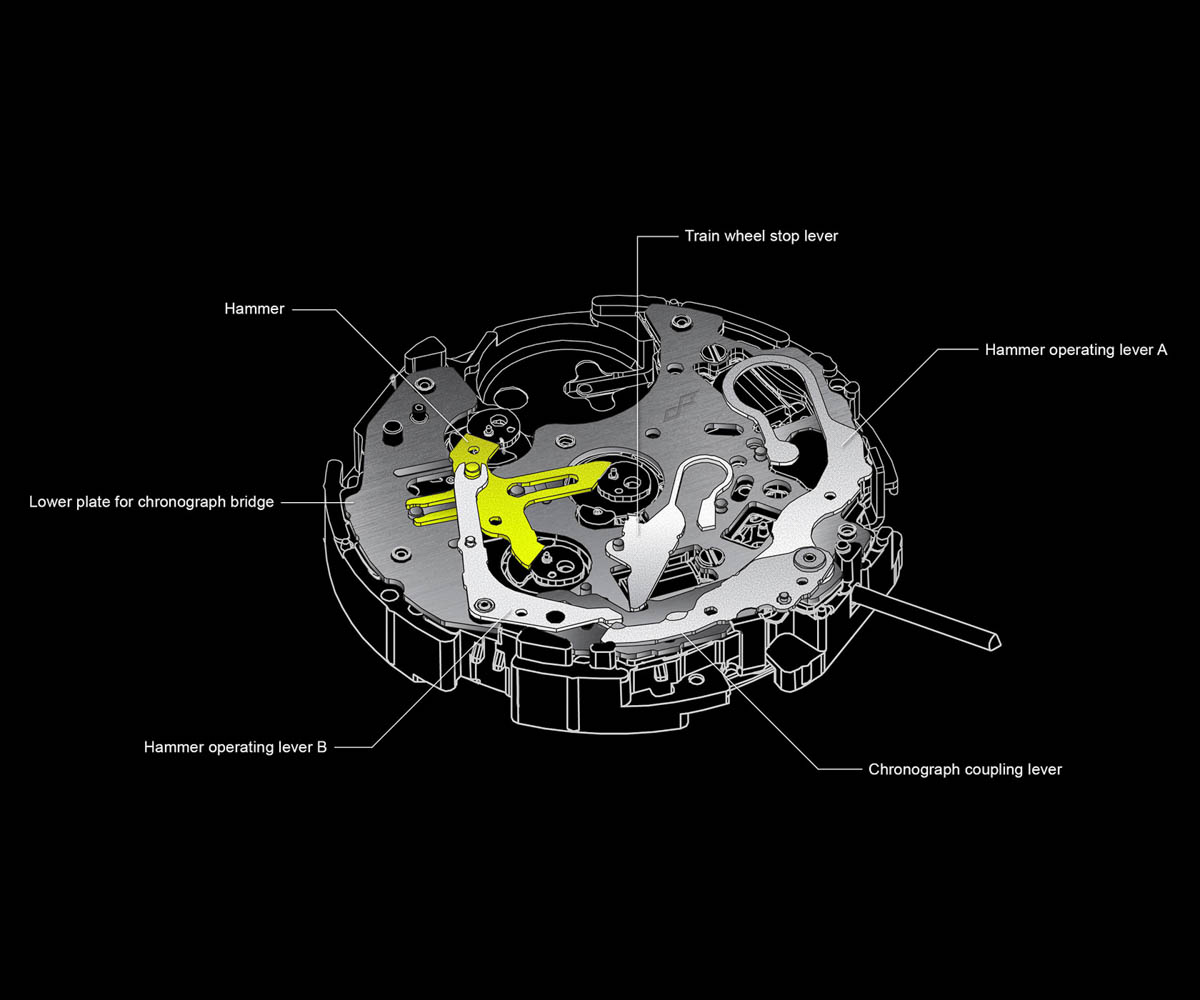 Meca-quartz is a combination of a battery-powered movement regulated by a quartz crystal to run main hands, and a mechanical engine controlled by a set of gears, hammers, wheels, and levers to operate the chronograph function. The sweep second hand is ticking in 1/5 second intervals just like a mechanical chronograph. 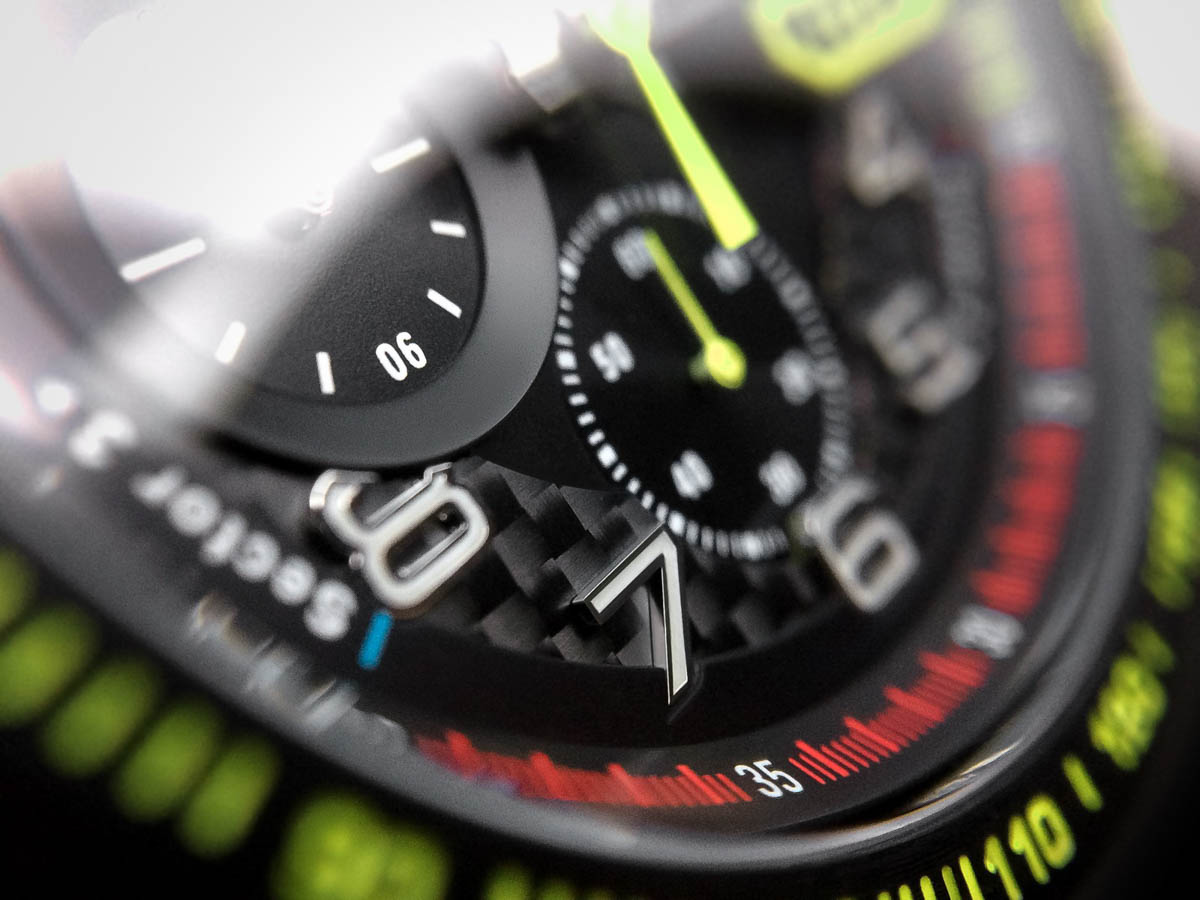 The dial consists of 6 layers, including a base layer, a 0.4mm carbon fiber layer, sector marks on the chapter ring, three sub-dials, applied numerals, and the Pit Board. The date disk has been custom made to match the acid-yellow color of the Pit Board. 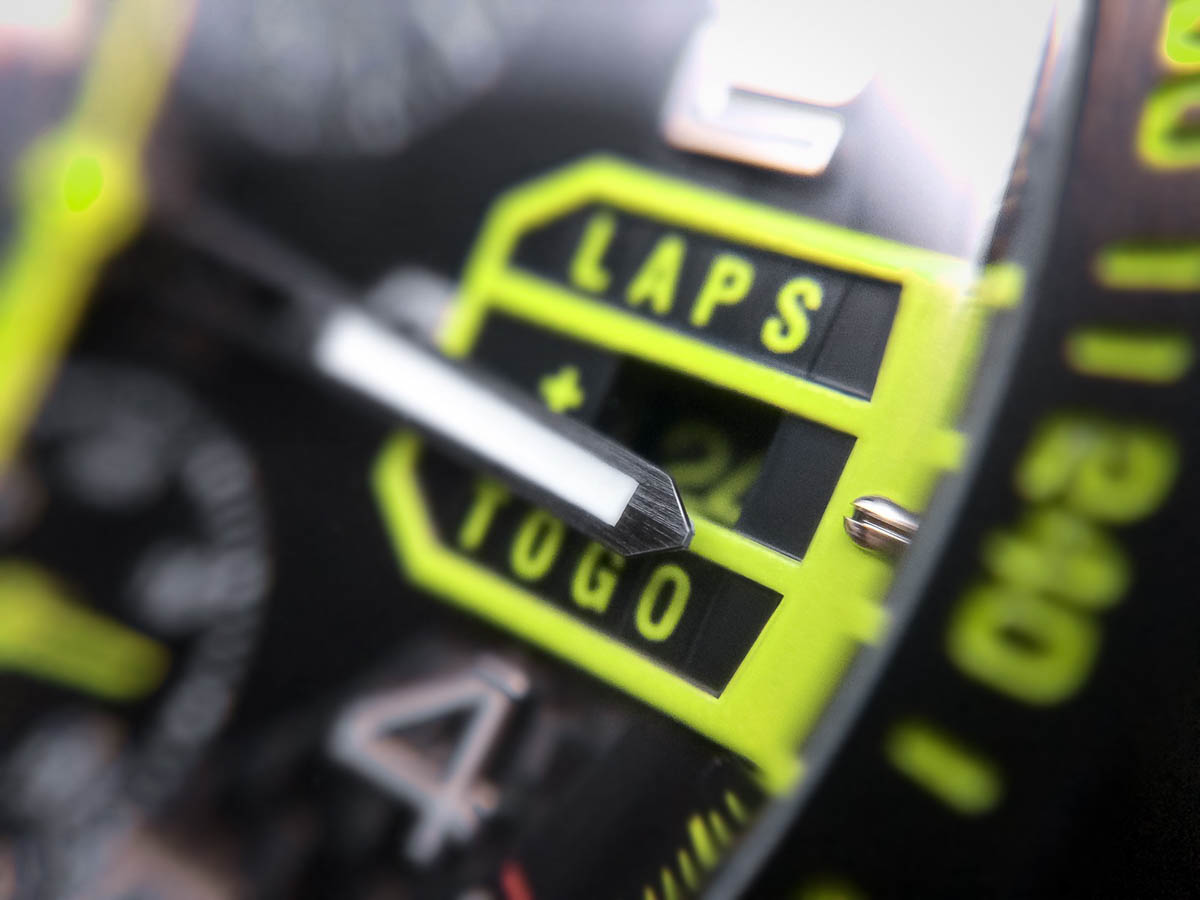 The Pit Board is a striking highlight of the Paddock Chronograph forming the unique look of the model. The original Pit Board has been used in Formula 1 racing since its early days to display the driver’s position, time breaks from other drivers, the number of laps to go, and information about the pit stop or rule violations. 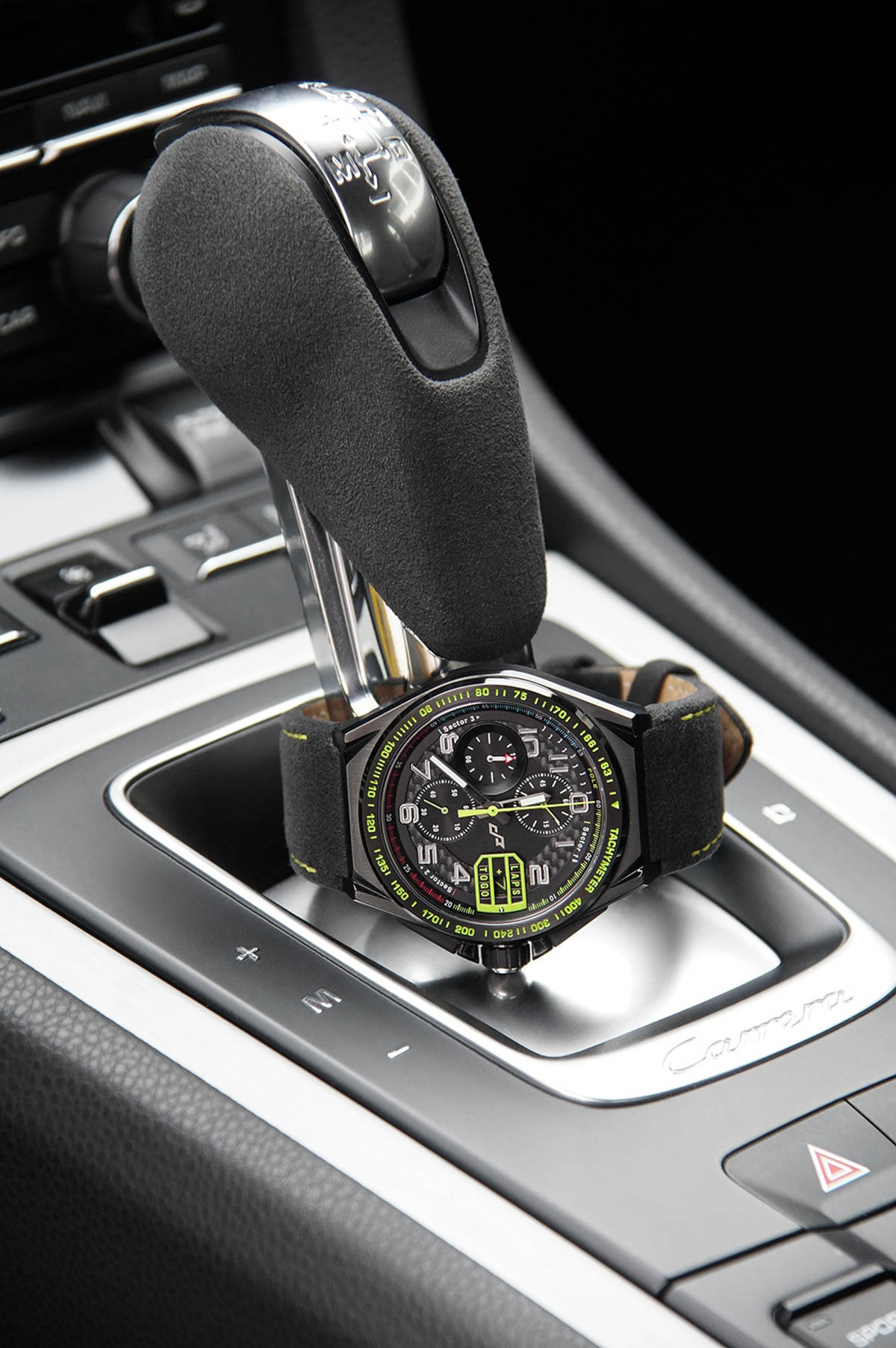 In the Paddock Chronograph, the Pit Board frames the date window and comes with different racing messages on it, like “Laps to Go,” “Box now,” and a motivational “Keep pace” sign. 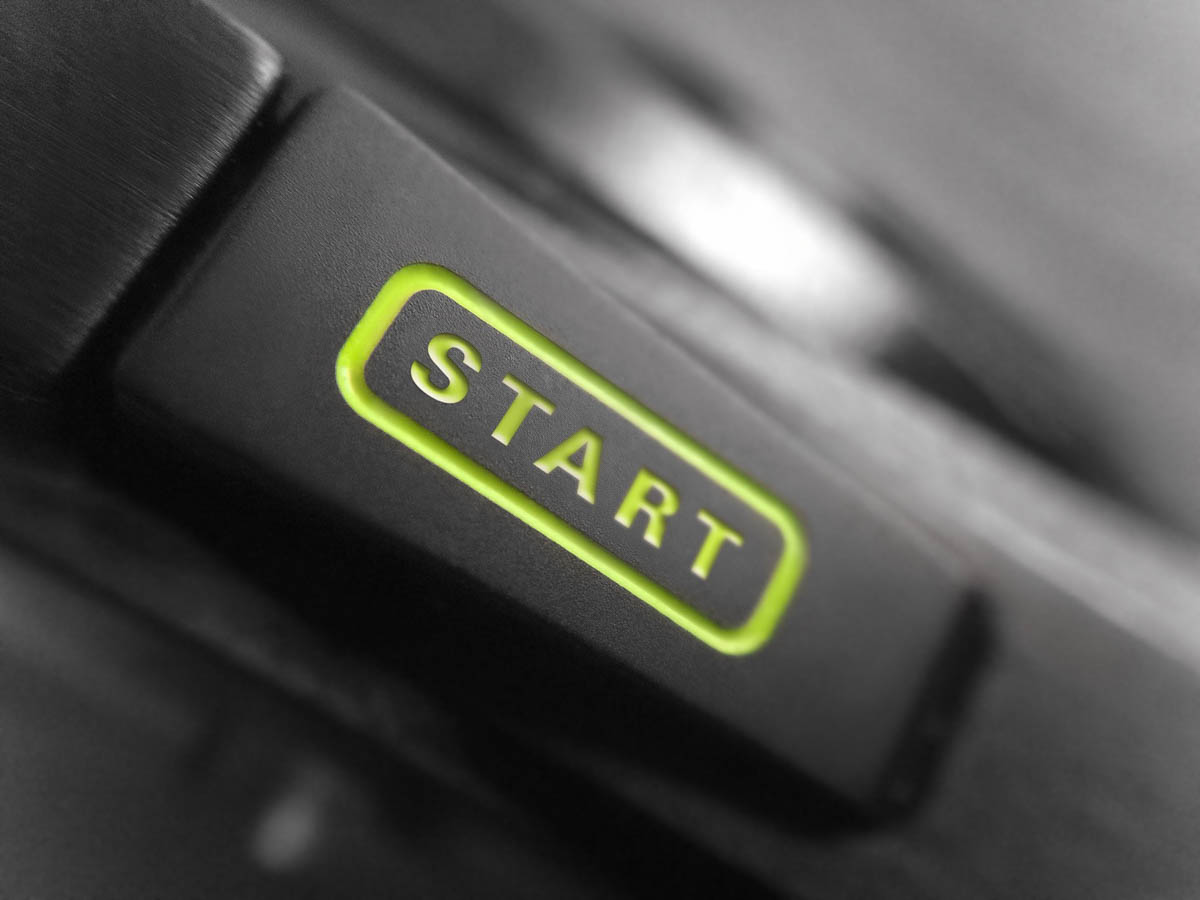 The Paddock Chronograph will be offered in three case colors with various finishes: Black PVD, Grey matte, and Silver/Steel. The Pit Board frame is painted in acid yellow; widely used in racing to highlight and direct attention to the most significant objects. This color is also used to identify the Hybrid technology itself. Alternatively, the black Pit Board will be offered. 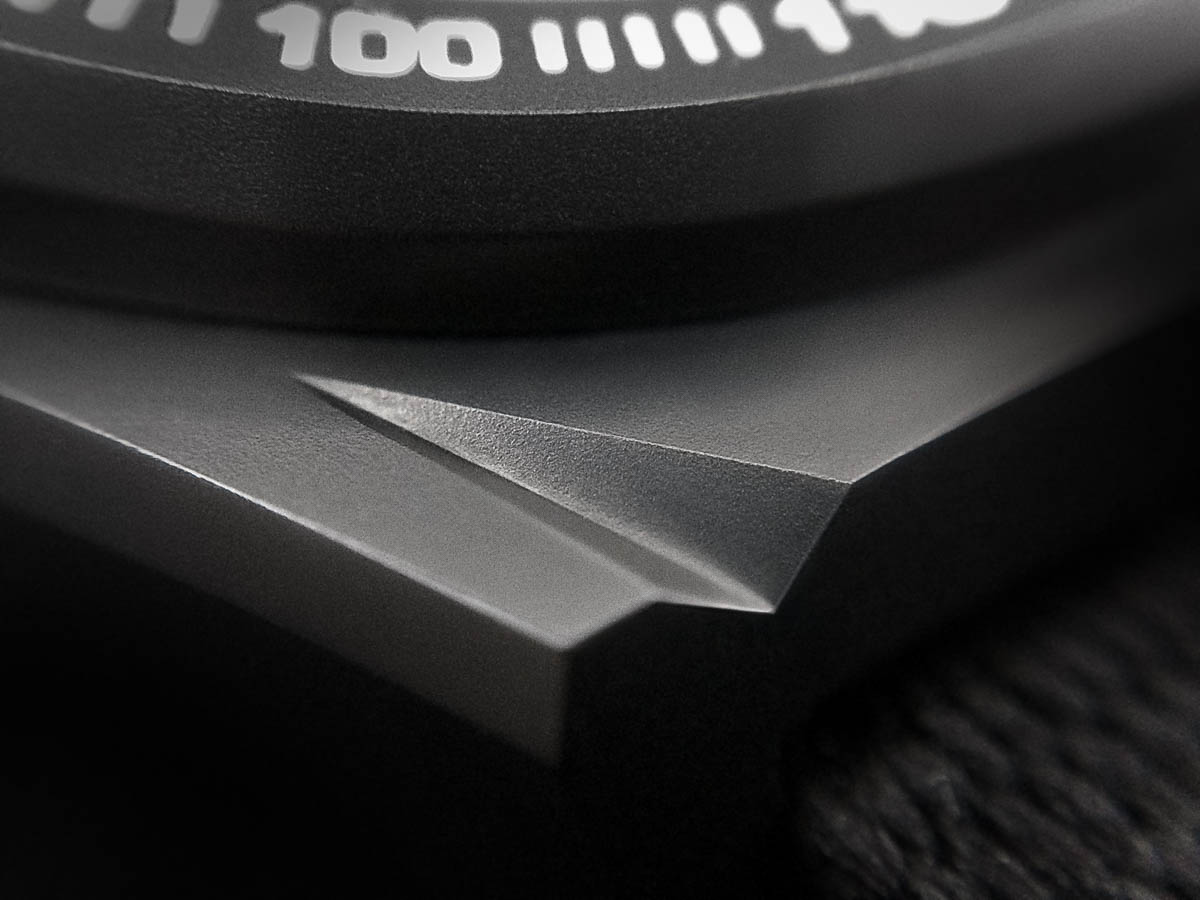 The integrated straps are made of Alcantara – a premium fabric used in supercar interiors – and will come in several colors to match the liveries of Formula 1 racing teams. 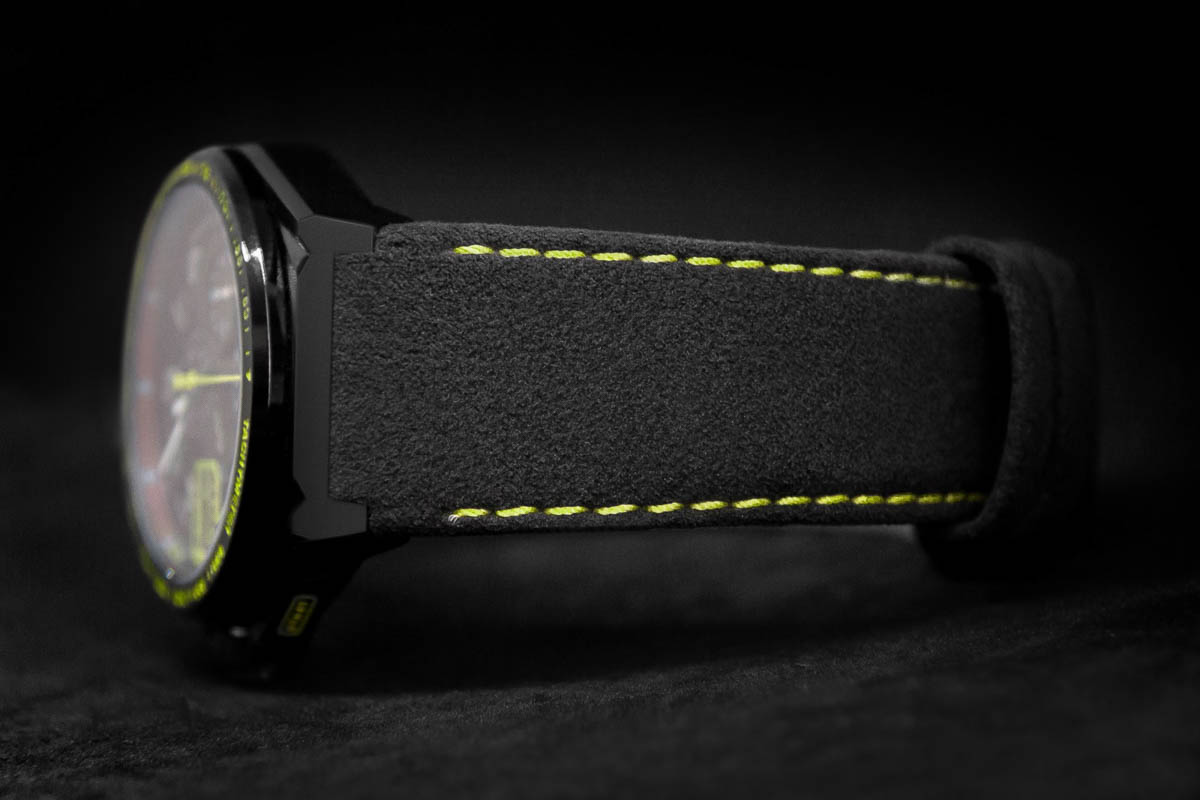 The pre-order is now live on Kickstarter. For a one month period the Paddock Chronograph will be offered with a 35% discount off the retail price. Pre-order price (limited time) is $379 USD. Regular retail price after the pre-order period is $599 USD. pace-masters.com