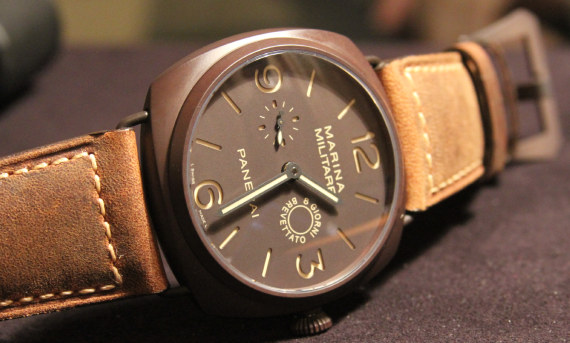 Comparing the watch releases of SIHH 2010 and Baselworld 2010, I would have to say that for the most part I was more impressed with the releases at SIHH, and it was a significantly smaller show. Why that is I am not sure, but here is another one of the good things that I spotted. This isn’t just another Panerai watch, but rather the PAM339 in a special ceramic case. While it doesn’t surprise me to see Panerai going ceramic, it just sort of happened without notice.

Panerai doesn’t even call their material ceramic really, but rather “Composite.” Why? Not sure, there must be some sneaky marketing decision. One of the reasons likely has to do with the fact that Panerai uses a different type of ceramic. It is very light, and stated to be much harder than standard ceramics. The hardness is a little bit harder that standard zirconia ceramics, and way harder than steel. In terms of weight, Panerai Composite weighs less than titanium, and just a bit more than aluminum. In fact, the material is said to be a ceramic based on aluminum – but much harder. In reality while wearing the watch, the lightness makes itself clear. The watch doesn’t feel like it weights much at all, the opposite of the standard Panerai watch feel. At 47mm wide, the PAM339 Radiomir Composite Marina Militare 8 Giorni (8 Day) watch isn’t small, and again, it is very light. 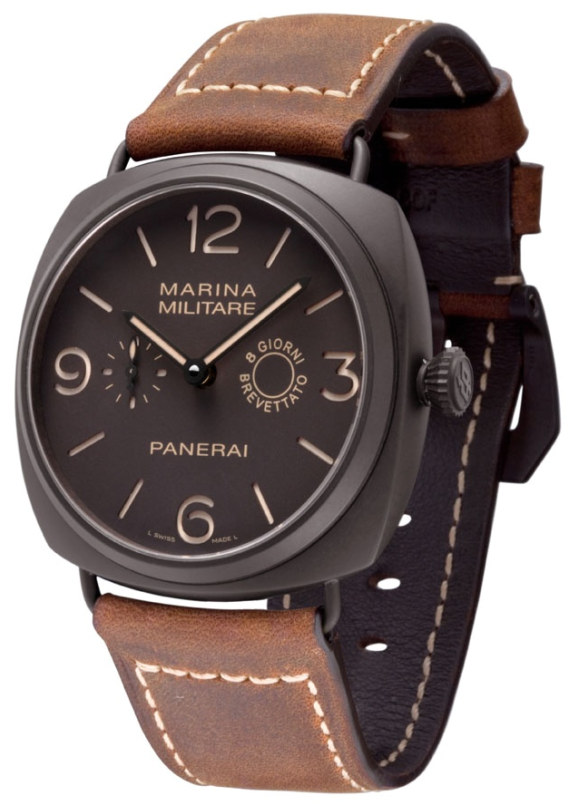 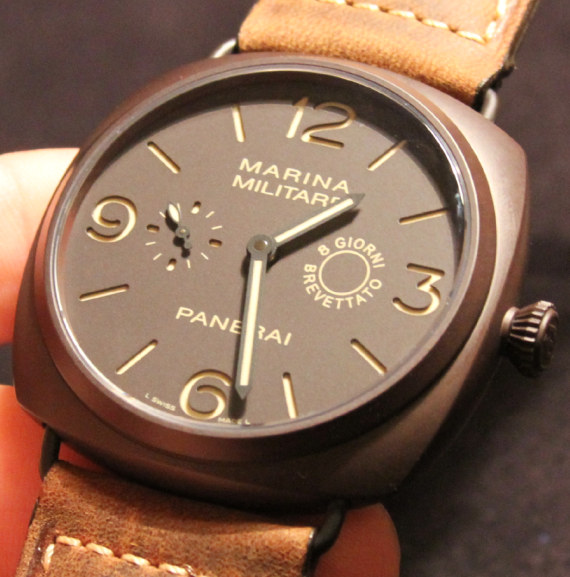 In images of the watch the first thing you are likely to notice is the color brown. The watch case, dial, and strap are all brown. They look like aged leather, and the look is pretty good I must admit. The vintage style leather strap is cool and feels high quality with its medium brown tone and contrast stitching. Don’t forget the matching brown, Panerai style buckle. According the Panerai, the color of the stitching was meant to match the color of the SuperLumiNova on the watch dial – a little detail that you’d probably need pointed out to you to notice, but the effect works in the watch’s aesthetic favor.

Popular these days with ceramic is non glossy finish. The Chanel J12 watches of the world got the industry a bit exhausted with ever shiny ceramic. Plus, it doesn’t always look good for men. So these days more and more ceramic is stealthy looking. Panerai calls the finish matte, which it is. The deep brown case in the subtle tone helps keep the 47mm wide size compact looking enough, and the traditional style Panerai case is benefited from the vintage feel of the piece. As high-tech as the watch is, it still feels like a throwback model. Also, the case is water resistant to 100 meters.

The matte brown dial of the watch matches the case. Under the sapphire crustal, the dial is pretty Panerai familiar. inset hour markers in SuperLumiNova lume, and a subsidiary seconds dial at 9 o’clock. The “8 Giorni Brevatto” text on the dial adjacent to the sub-seconds dial is taken directly from some historic Panerai models. Don’t forget that in the watch world, 2010 is the unofficial “year of tradition.” The dial is nice in brown with the tan colored accents. Attractive, and quite stereotypically Panerai. It won’t excite you, but it also won’t let you down. 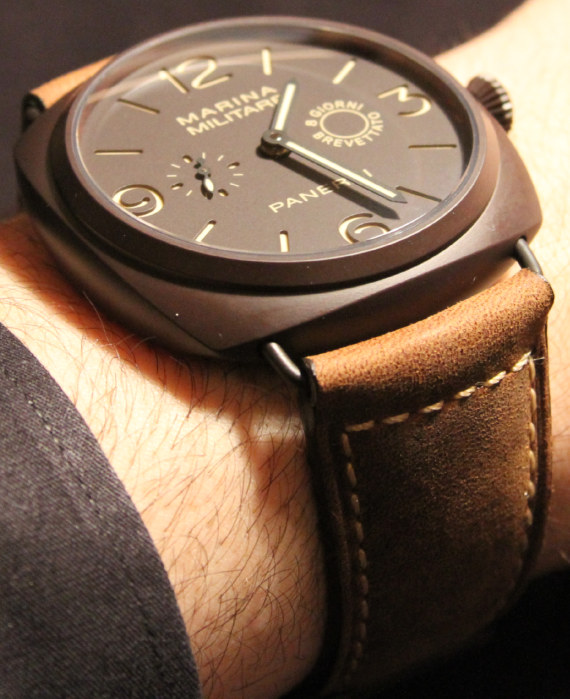 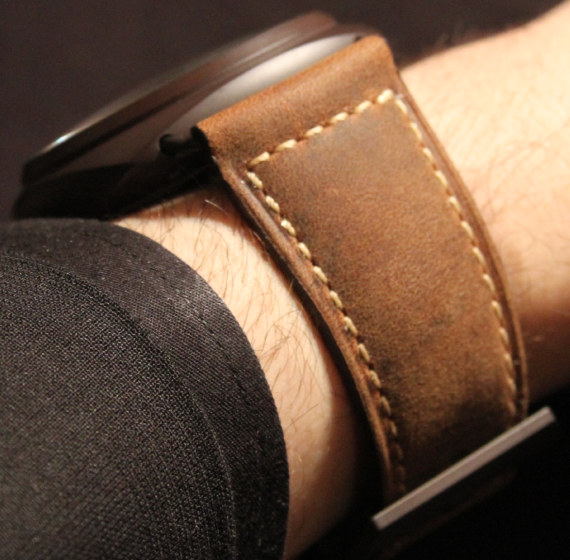 Panerai has placed one of its newer in-house made Calibre P.2002/7 manually wound movements in the watch. Although I would have preferred an automatic or at least a power reserve indicator, the movement does have a power reserve length of about 8 days. That is pretty nice, but without a power reserve indicator, you never know how much power you have in it. So you just end up fidgeting with the crown all the time to wind it. Then again, without even a date, if the movement runs out, resetting it isn’t a big deal.

For Panerai collectors the PAM339 will feel like a good investment. It looks really cool, is done in a cool material, has an in-house made movement, and is a limited edition (of 1,000 1,500 pieces). Though the watch does cost about $15,000. If the budget is up your alley, and you want a fresh feeling Panerai with a classic look – this should make for an excellent choice.