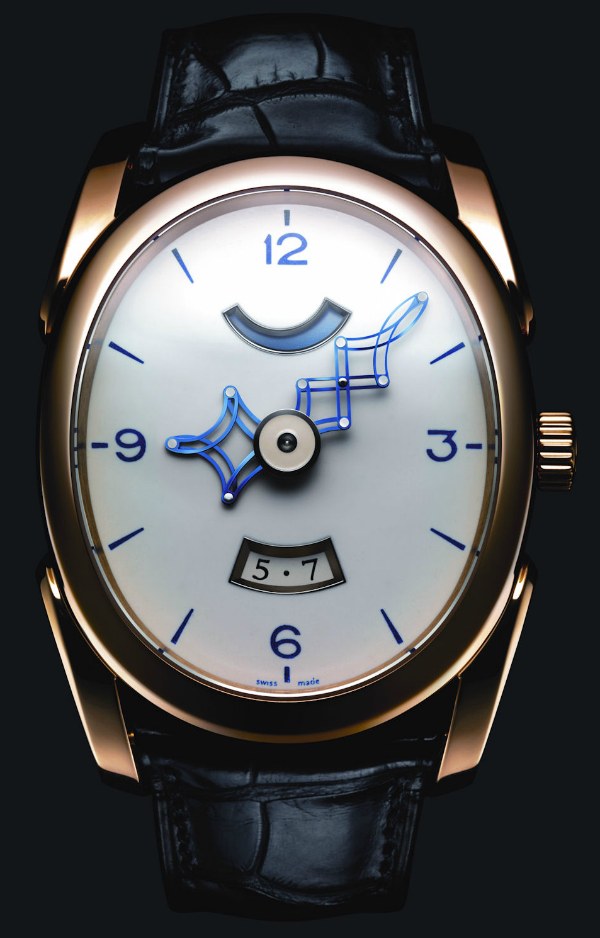 I presume the above watch (update: called the Parmigiani Ovale I believe) will be officially released very soon (SIHH 2012 at the latest). It will actually be unveiled (not sure in its complete form) at a special “Mechanical Wonders” exhibition Parmigiani is involved in held in New York City from around October 26 – November 26 2011 (at the La Vieille Russie) . As you can see, the special novelty is a modern recreation of a complication that is over 200 years old – and the original solution to the short hands problem!

I believe that I have actually seen the antique pocket watch below at some exhibit in Europe. Signed by Vardon & Stedmann, the beautiful piece is in an oblong gold and decorated case with an enamel dial. The real fun is in the hands. The watch makers created two telescopic hands that automatically get longer or shorter depending on where they are pointing to on the dial. Even back then there were people like me who hated short hands, and didn’t want to limit themselves to just round cases. 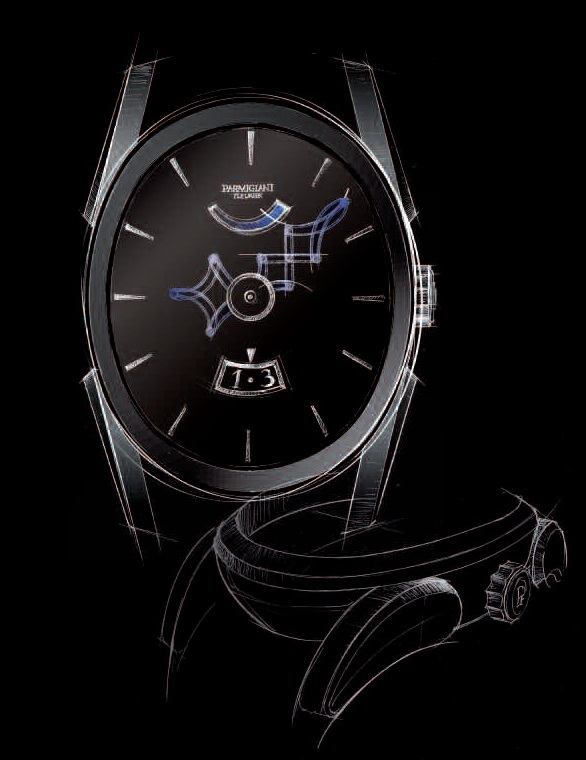 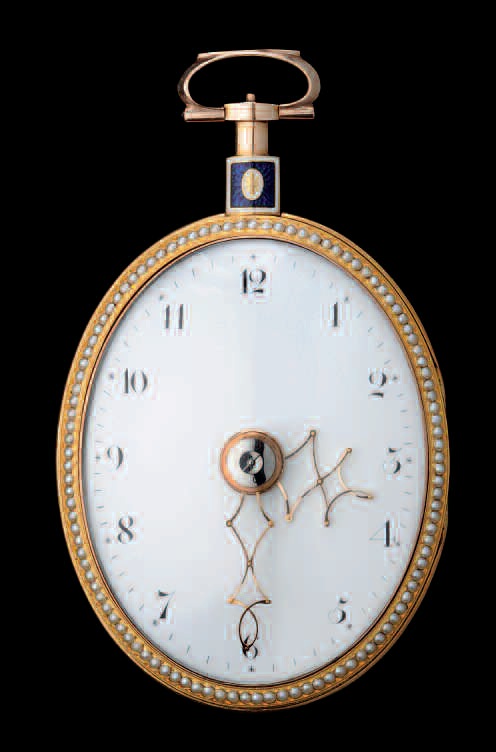 For 2011, Parmigiani, with their Watchmaking Centre (MHF), have created a new movement and watch that captures the visual fun of this historic complication. I don’t have the official name of the watch yet, but it is being called the Parmigiani 114 for now because of the new PF 114 movement inside of it. The PF 114 is based on the existing PF 110 – which is manually wound. The PF 114 will get rid of the subsidiary seconds dial but retain the date window as well as the power reserve indicator. Of course, there will be the special telescopic hands as re-imagined by Parmigiani, and done in blued titanium (that out to be interesting). See this text from Parmigiani:

“The new Parmigiani timepiece with telescopic hands is inspired by an exceptional Vardon and Stedmann signed watch dating from 1800, which is now among the watchmaking treasures of the FEMS. Parmigiani Fleurier, whose knowledge of technical feats and traditional skills represents a priceless heritage enriched every day, has succeeded in reinventing the mechanism and recreating the magical ballet of the telescopic hands. Precisely following the oval shape of the dial, the minute and hour hands extend or retract according to the distance. Made entirely in the workshops of the brand’s Watchmaking Centre (MHF), the complexity of the new Calibre PF 114 timepiece (developed based on the Calibre PF 110) is revealed in the manufacture of the hands. The electrical discharge machining process demands exceptional precision, to approximately 2 microns. The drilling and “unaided gap-free” assembly of the hands’ various blued titanium parts require an exceptional feel, a “sensory” precision that only the human hand can achieve. Their profile and riveted structure are inspired by the Eiffel Tower. The gold dial, grand feu enamelled on both faces, celebrates the great tradition of the art of enamelling.”

The Parmigiani 114 case will have a familiar brand look but be a bit oblong, and designed to allow the hands room to contract or lengthen. I like that they used a new case design versus a Kalpa XL for example. Funny enough, while the original pocket watch had hands which were the right size (no matter where they were). The wrist watch seems to STILL have “shy” hands that aren’t quite long enough. Oh well! Maybe the final version will fix that. In my opinion the case design is very elegant and the dial reminds me of the Patek Philippe Ellipse.

This is not going to be a sport watch. The Parmigiani 114 will be in a gold case (not sure the size) with an gold and enamel dial. It will very much hearken back to the look and feel of the historic Jardon & Stedmann pocket watch (circa 1800). I look forward to seeing this watch soon. It will likely be limited and I hope will signal a new era of enriched classicism aesthetically from the brand (like a lot what Jaquet Droz was trying to do for a while). Update: the watch will be available as a limited edition of 30 pieces in 18k white gold and 30 pieces in 18k rose gold. price will be $95,000.