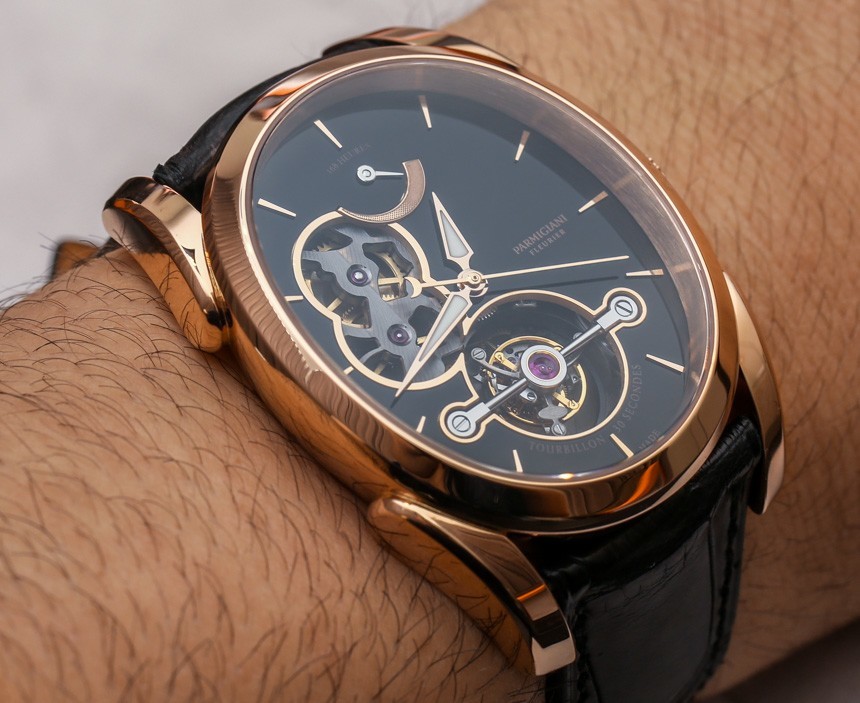 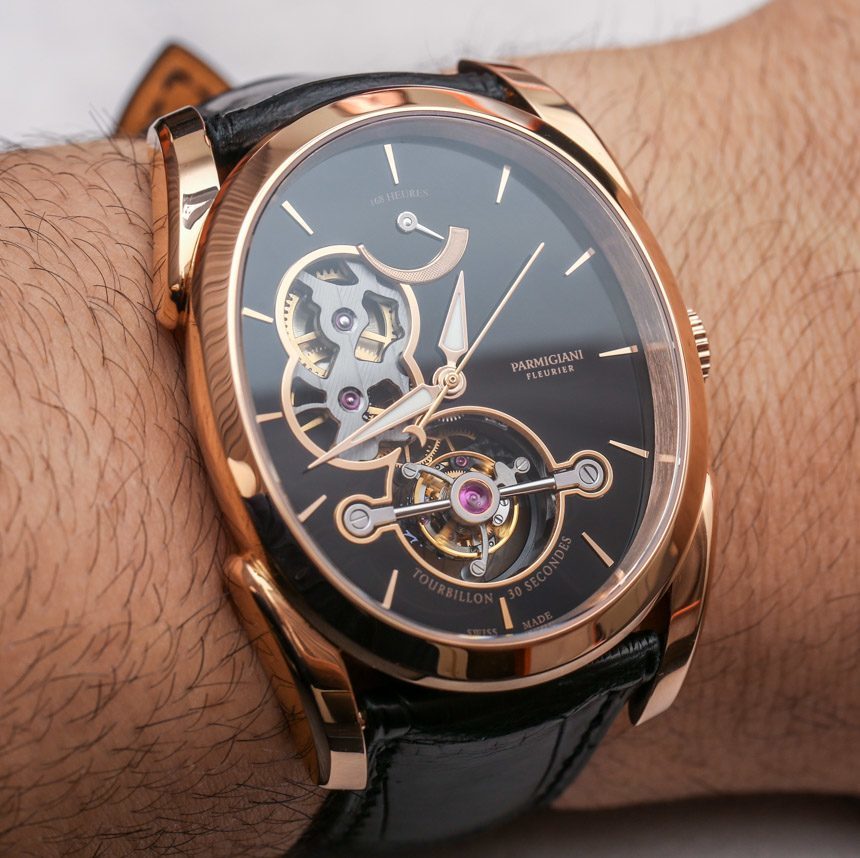 The aptly named Parmigiani Ovale Tourbillon is named as such because of the interesting oval-shaped case of the Ovale timepiece family. This style came out for Parmigiani about 1-2 years ago and looks remarkably better on the wrist than one might expect, given the unorthodox shape of the case. In addition to being a pretty decent tourbillon-based timepiece, I think something like the Parmigiani Ovale Tourbillon is good foundation on which to talk about the pros and cons of non-round case shapes.

The safest shape to use when producing a wrist watch is a simple round case. In the emerging smartwatch world, it has been interesting to see how well received smartwatches with round cases have been. Products like the Moto 360 have a round-shaped case which actually offers diminished screen functionality despite being more physically attractive than square or rectangular-shaped cases. So I think it is safe to say that the watch world experiences a distinct pro round case bias. 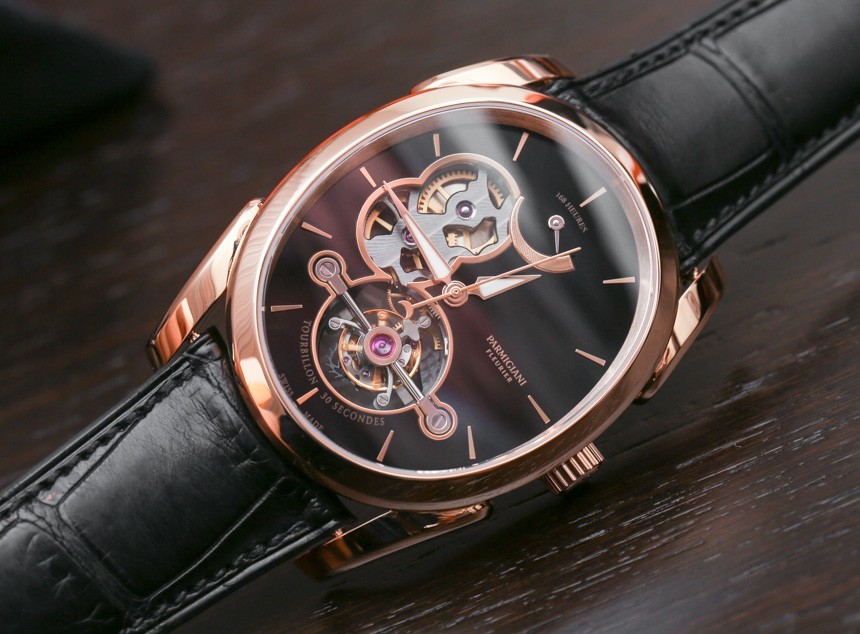 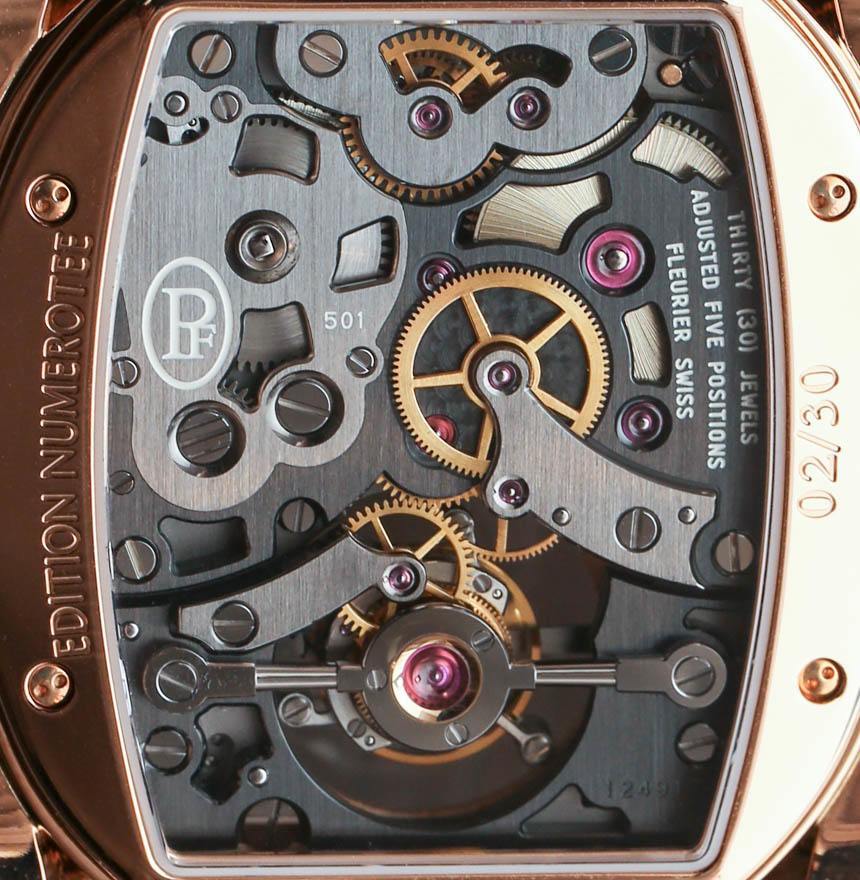 Not that there is anything inherently wrong with round case dominance, but it does give some virulence to non-round watches which have experienced success. That means, while it is easy to enjoy a round case, what I find interesting are the non-round cases that end up looking good. Take square watches, for instance; most look awful or awkward on the wrist. Only a few watch designs have succeeded in being angular, such as the Jaeger-LeCoultre Reverso or the Cartier Tank and Santos.

In addition to square or rectangular case shapes, we have a world of tonneau and cushion-shaped cases. These are perhaps easier to make good looking, but they are by no means safe bets, as designers must work extremely meticulously on things like proportions and visual balance to make them look right. In fact, getting a watch case to look good is something that isn’t easy and that isn’t discussed very much. We fully admit to spending a lot more time talking about watch dials than cases. Perhaps the most unique watch case shape of all is the oval case shape, and the Parmigiani Ovale is among the best I’ve seen, after putting it on my wrist. 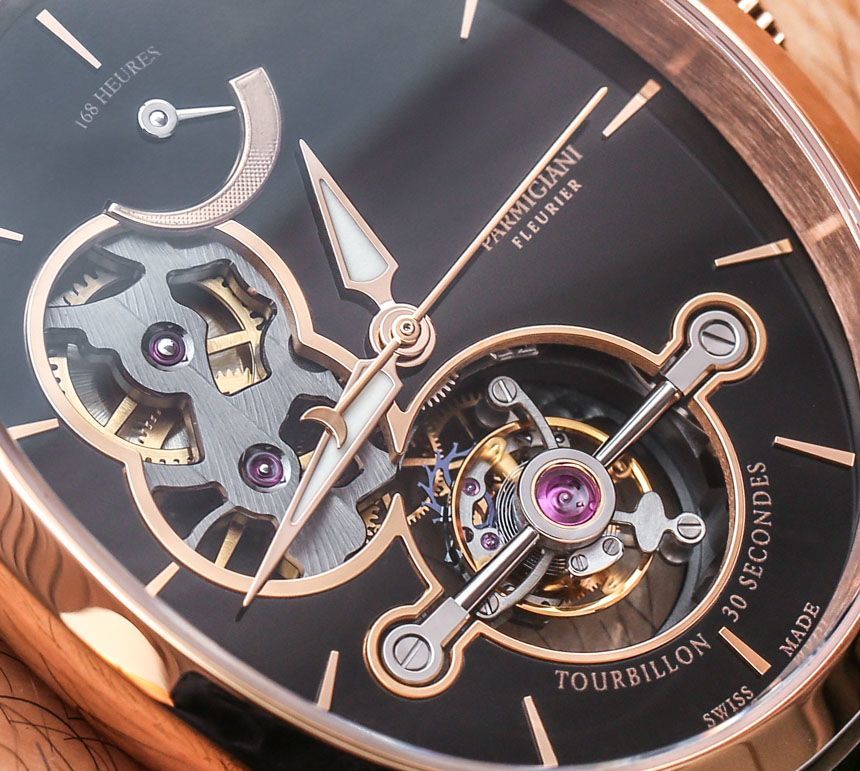 Perhaps the first oval watch I became familiar with is the Patek Philippe Ellipse (sometimes, “Golden Ellipse”), which was a cool design, but not particularly fashionable or masculine by today’s standards. With the Ovale, Parmigiani placed slightly flaring brand-style tear-drop lugs on an oval case and gave it a steeply slowing bezel. The entire case is polished, and the size is a good mixture between being modern but also wearable. If you think about it, the oval watch case is really just a mixture of a round and rectangular case. So far, my favorite of the Parmigiani Ovale watches is actually the Ovale Pantographe, with those neat telescopic hands.

The Parmigiani Ovale Tourbillon case is 37.60mm wide and 45mm tall. The case is about 12mm thick. If those numbers are difficult to translate, just look at how the watch wears on my wrist. The curved lugs prevent the watch from looking like it is jutting out past the edge of smaller wrists, and the curved nature of the design makes it rather flattering to wear. Of course, the look is highly unconventional, but when spending this type of money, most people aren’t looking to blend in. At the least the design of the Parmigiani Ovale case is “uncontroversially different.” 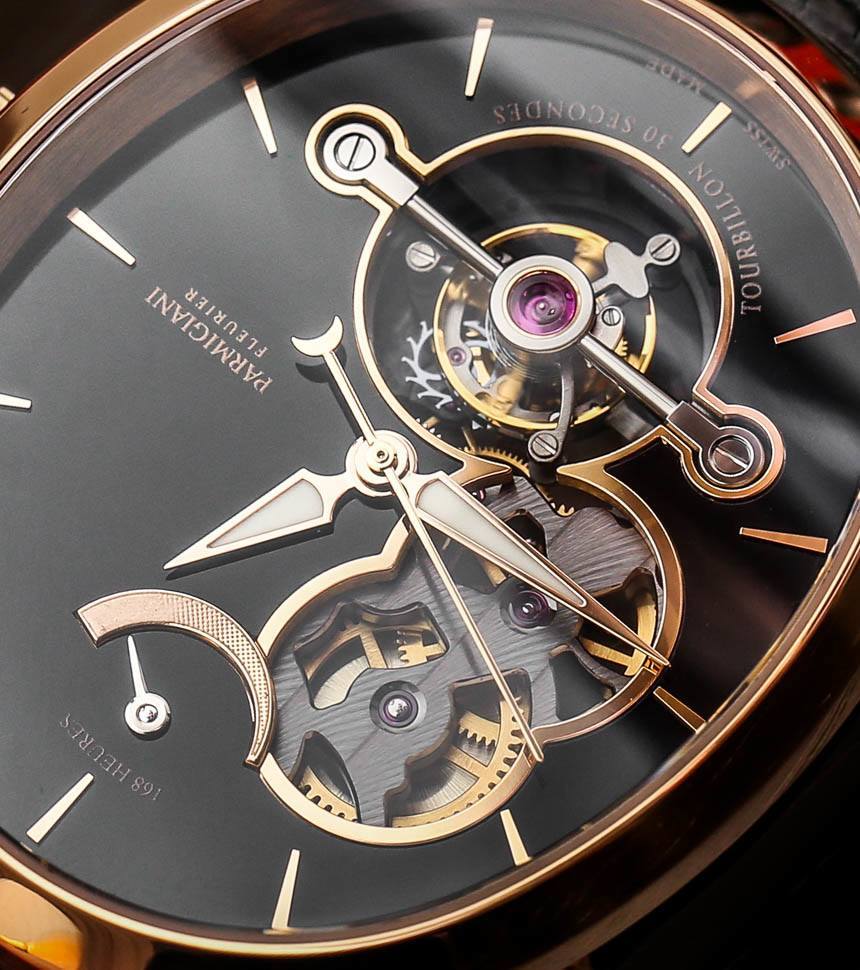 Inside the watch is the in-house made and designed Parmigiani Caliber PF501 manually wound movement with a full week of power reserve. This is measured via a handy power reserve indicator at the top of the dial, indicating the full 163 hours of power reserve. The movement operates at 3Hz (21,600 bph), and something that makes the tourbillon unique is that it spins once each 30 seconds versus each 60 seconds. You can also notice use of silicon parts in the movement, such as for the escapement.

The faster spinning 30 second tourbillon will make the watch more interesting to look at. In order to offer as much functionality as possible, this timepiece does have a traditional seconds hand in the center of the dial. It might be a small distinction, but watches with exposed tourbillons on the dial as well as seconds hands are very rare. You also get a nice “open dial” look with a lot of views into the movement in the gold framed windows to the mechanism. Legibility is maintained thanks to the lumed hands and full assortment of hour markers. I very much like the “onyx finished” black dial that looks great with the rose gold. 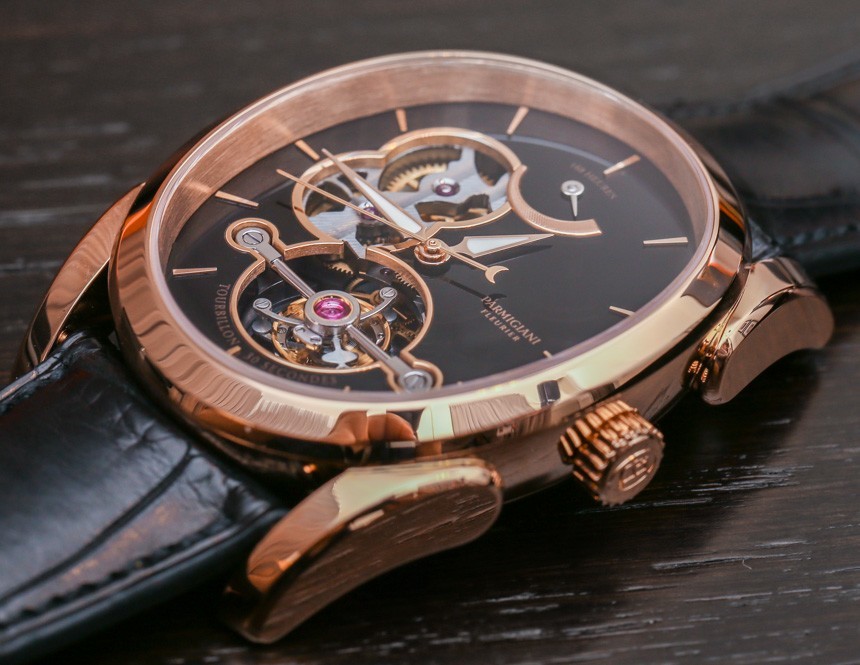 I also enjoy the dark finishing colors on the movement, which I find to be a welcome touch of contemporary taste on what is a classic yet modern design. In fact, brands like Parmigiani and others such as Piaget are keenly skilled at making watches with traditional appeal but that are clearly a product of today. This particular ref. PFH750-1003800 version of the Parmigiani Ovale Tourbillon has an 18k rose gold case, but there is also a different version that comes in an 18k white gold case with a totally different dial (that is decorated with vertical Geneva stripes). Each are part of a limited edition.

Watch lovers who must have an attractive movement and want something classy yet not ordinary might want to take a look at the Ovale collection. The Parmigiani Ovale Tourbillon is near the top of the collection right now, and it offers a pleasant mix of contemporary and timeless appeal in a package you don’t see every day. The design needed to grow on me a bit, and it wasn’t until I put the watch on my wrist did I see real value in this unique case design. The ref. PFH750-1003800 Parmigiani Ovale Tourbillon is limited to 30 pieces and is priced at $258,000. parmigiani.ch