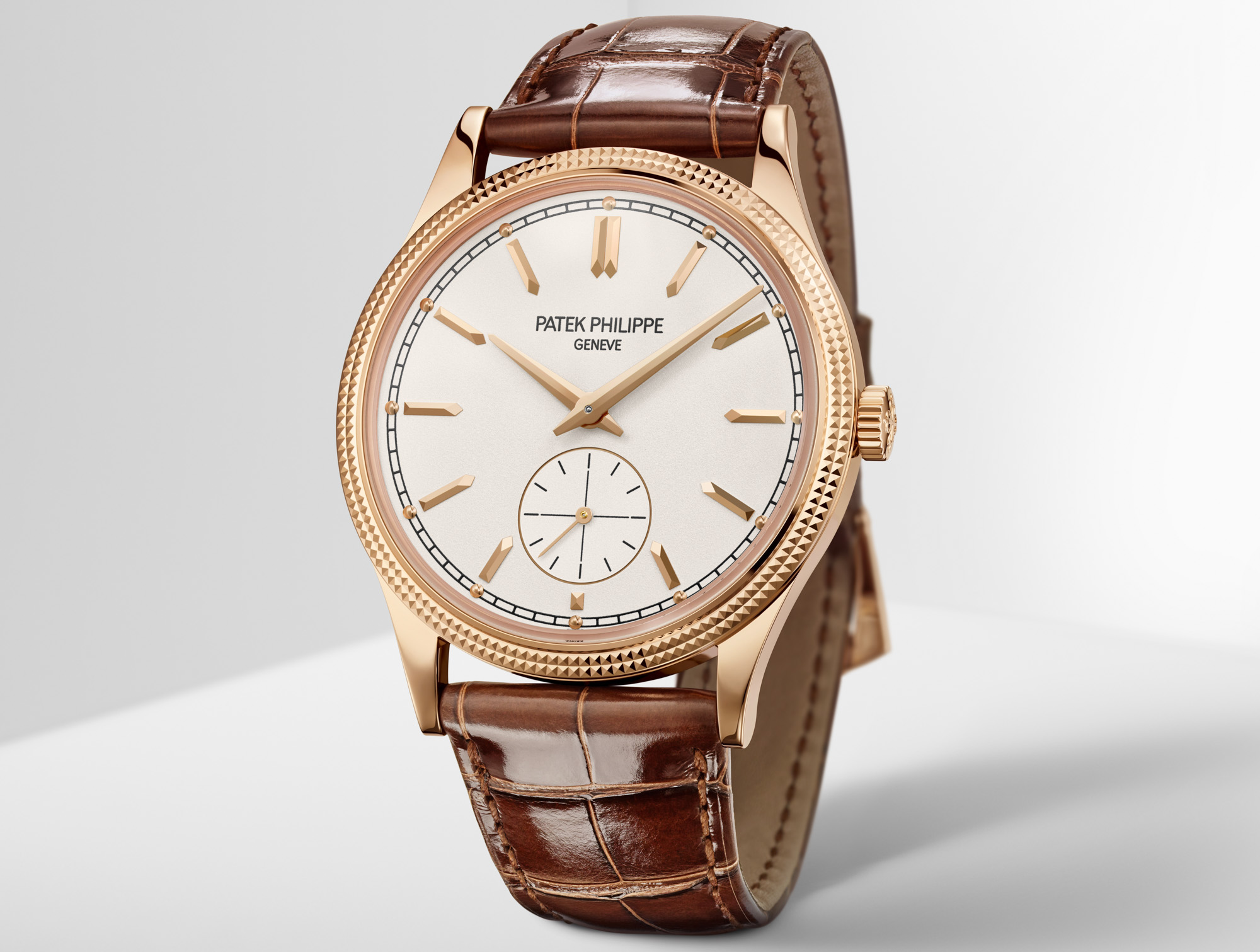 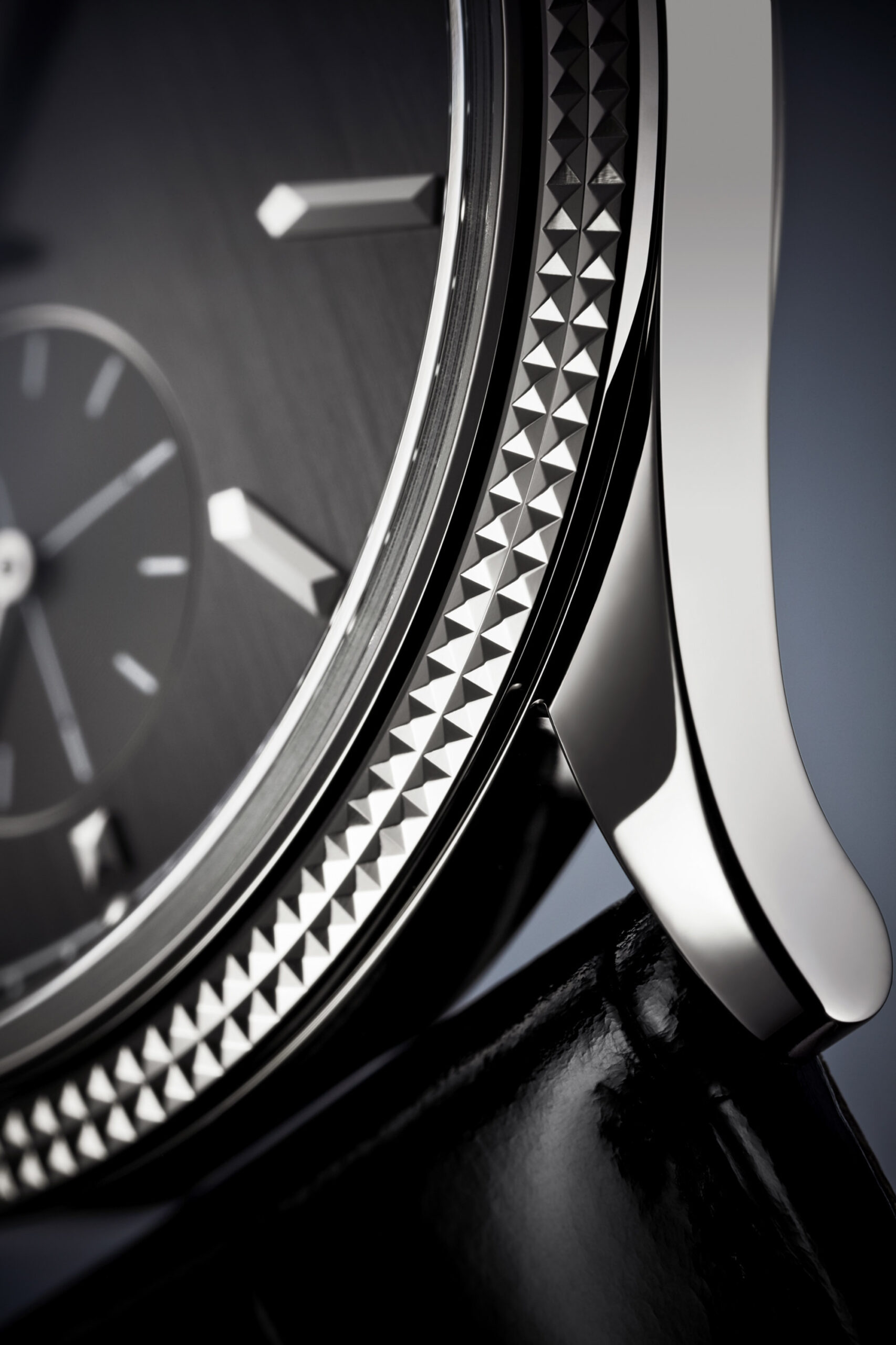 The Calatrava doesn’t need much of an introduction as it comfortably ranks among the world’s quintessential luxury dress watches – it had since 1932 to establish that position. They featured flat or slightly rounded bezels, smoothly polished, set with precious stones, or decorated with guilloché, with presentations from ultra-thin to more pronounced, with officer’s cases and sleek dials. There is a lot to look back on as far as the Patek Philippe Calatrava watch collection is concerned, but let us now look at what it’s like beginning from today. 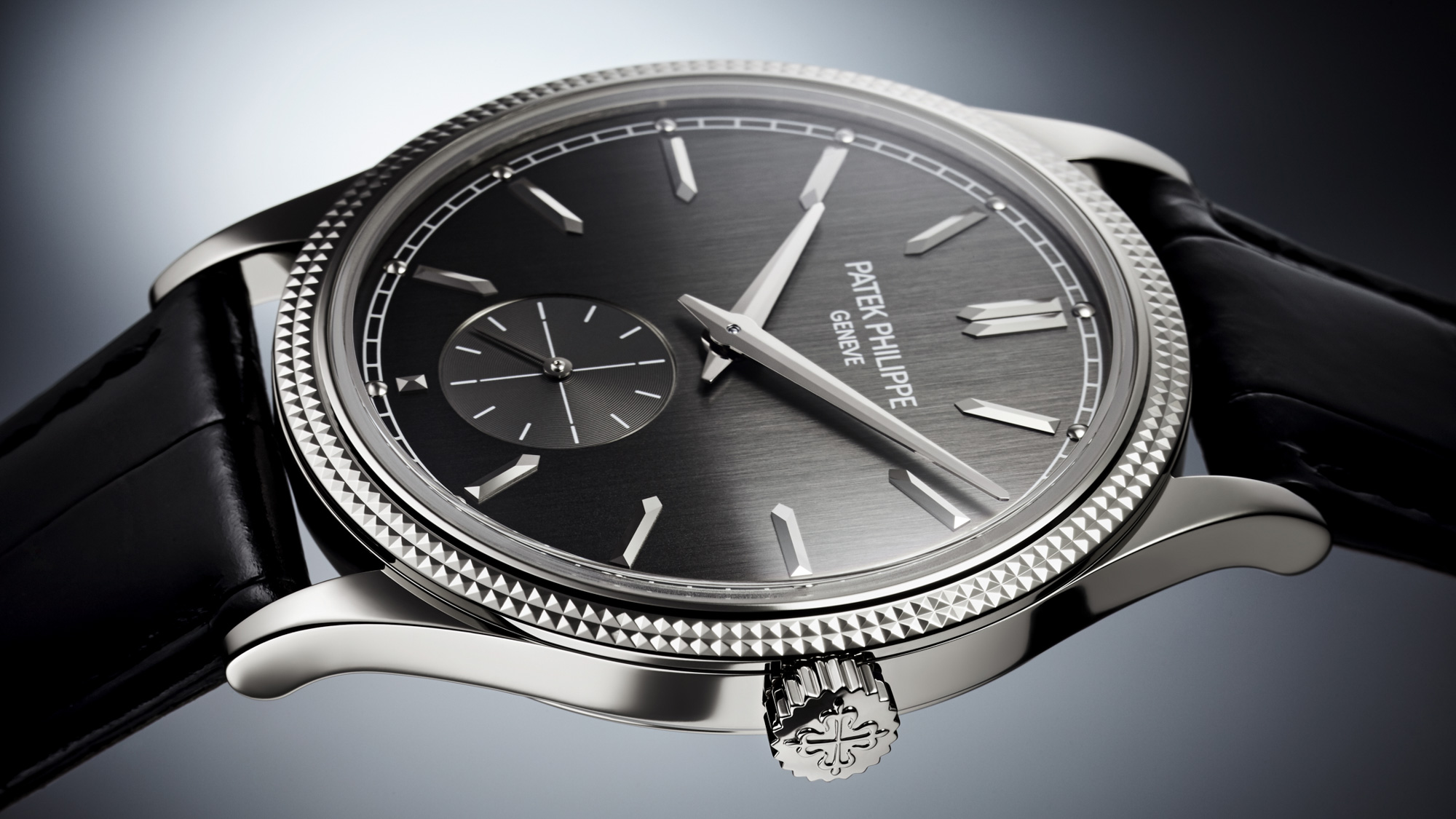 The new Patek Philippe Ref. 6119 – its reference number pay tribute to 1985’s 3919 and the 5119 of 2006 – distinguishes itself mainly with the slightly larger diameter of 39 mm. The case thickness is 8.43mm, lug-to-lug measurement is 46.9mm, the lugs are 21mm apart. Patek Philippe says “It reflects the changing preferences of our era and emphasizes its presence on the wrist without compromising the slender elegance of its case.” which, frankly, is a slightly odd statement as the large watch trend has already begun to turn and I am not quite sure how much of an upwards pressure in terms of case sizing for iconic dress watches there has been. But I digress. I am sure Patek Philippe has diligently done its own homework and assessed what its clients across the globe want from the next Calatrava. More importantly, the end result, judging from the official images, looks beautifully proportionate – to my eyes much more so than many of the Calatrava watches from recent times. 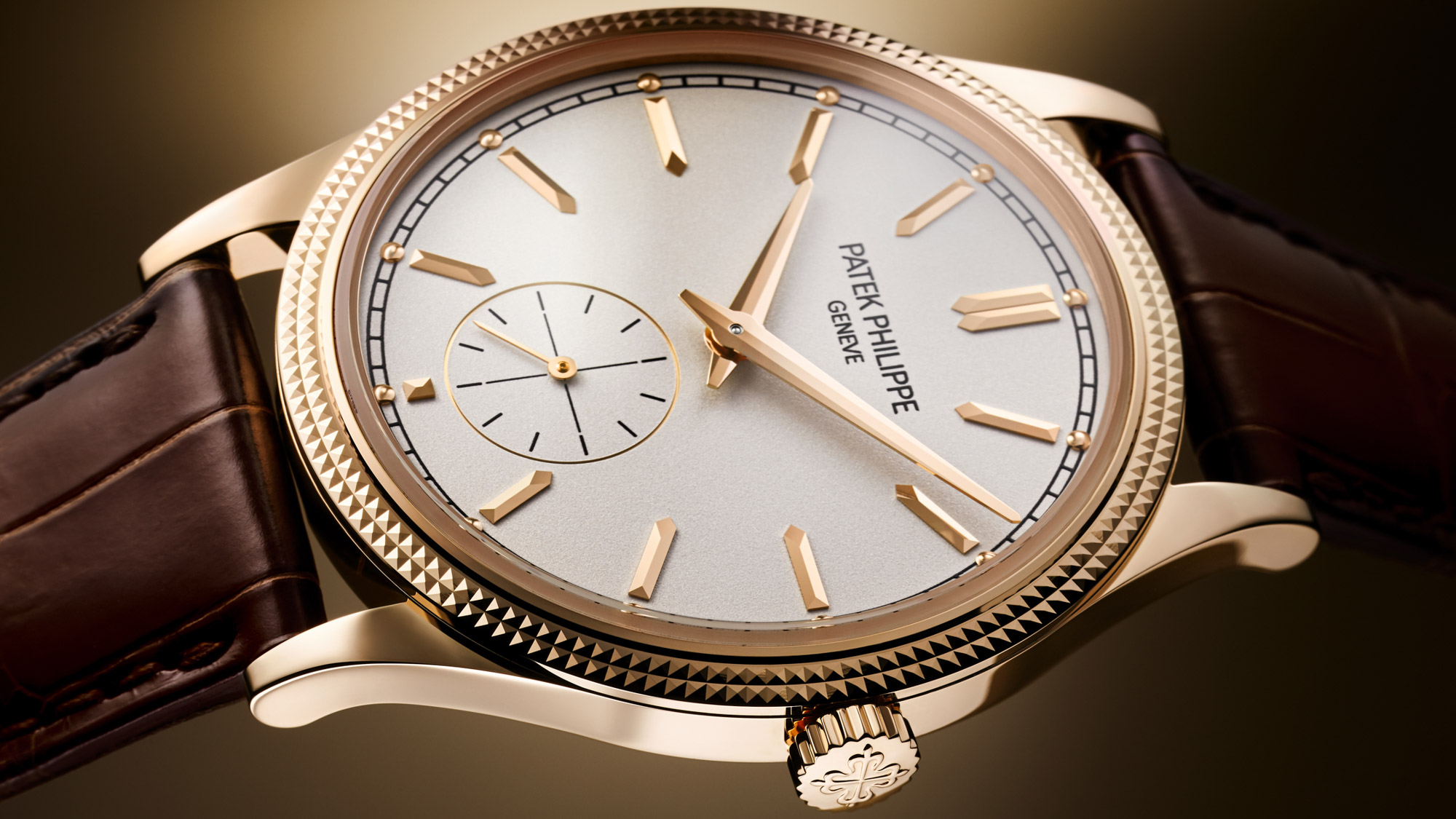 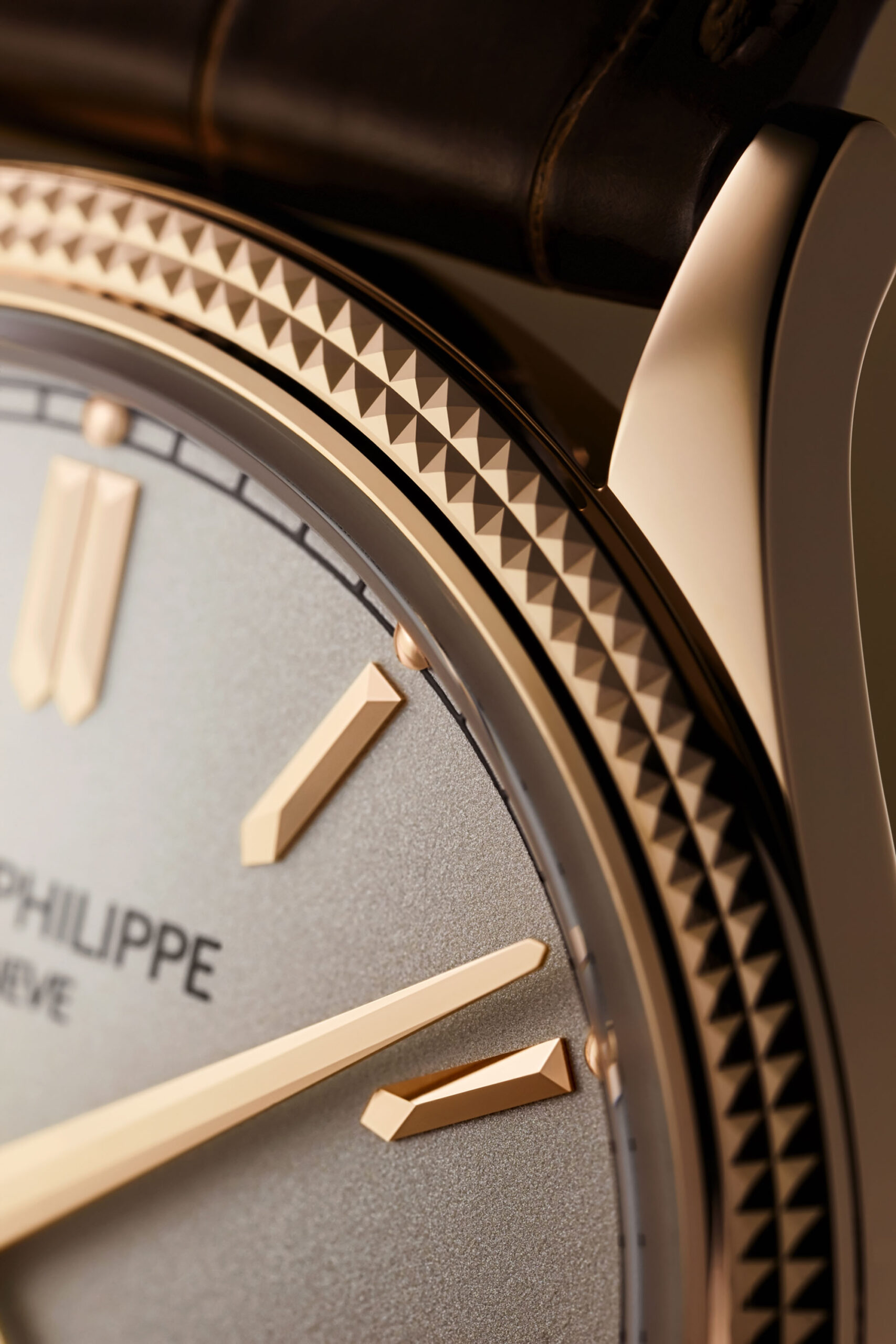 The round bezel, as the longer name of this new Patek Philippe Calatrava 6119 suggests, is decorated with a guilloché hobnail pattern called clous de Paris. It is a rather rugged-looking pattern that, precisely for its pyramid-like “roughness,” actually works like magic with the sophisticated and refined curves of the new lugs and the simple, round face. The dial now features obus-style hour markers that complement the hobnail bezel rather beautifully. 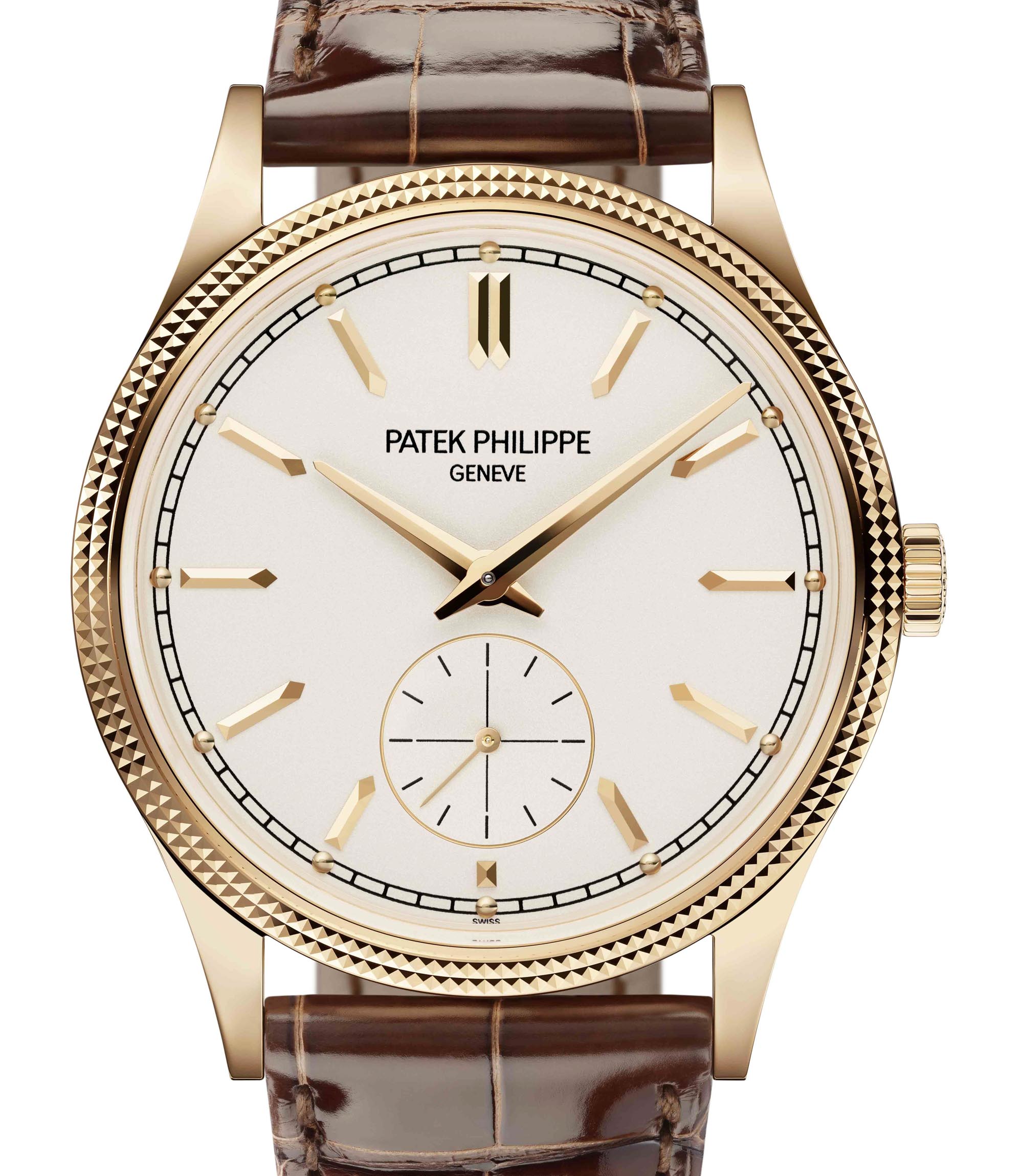 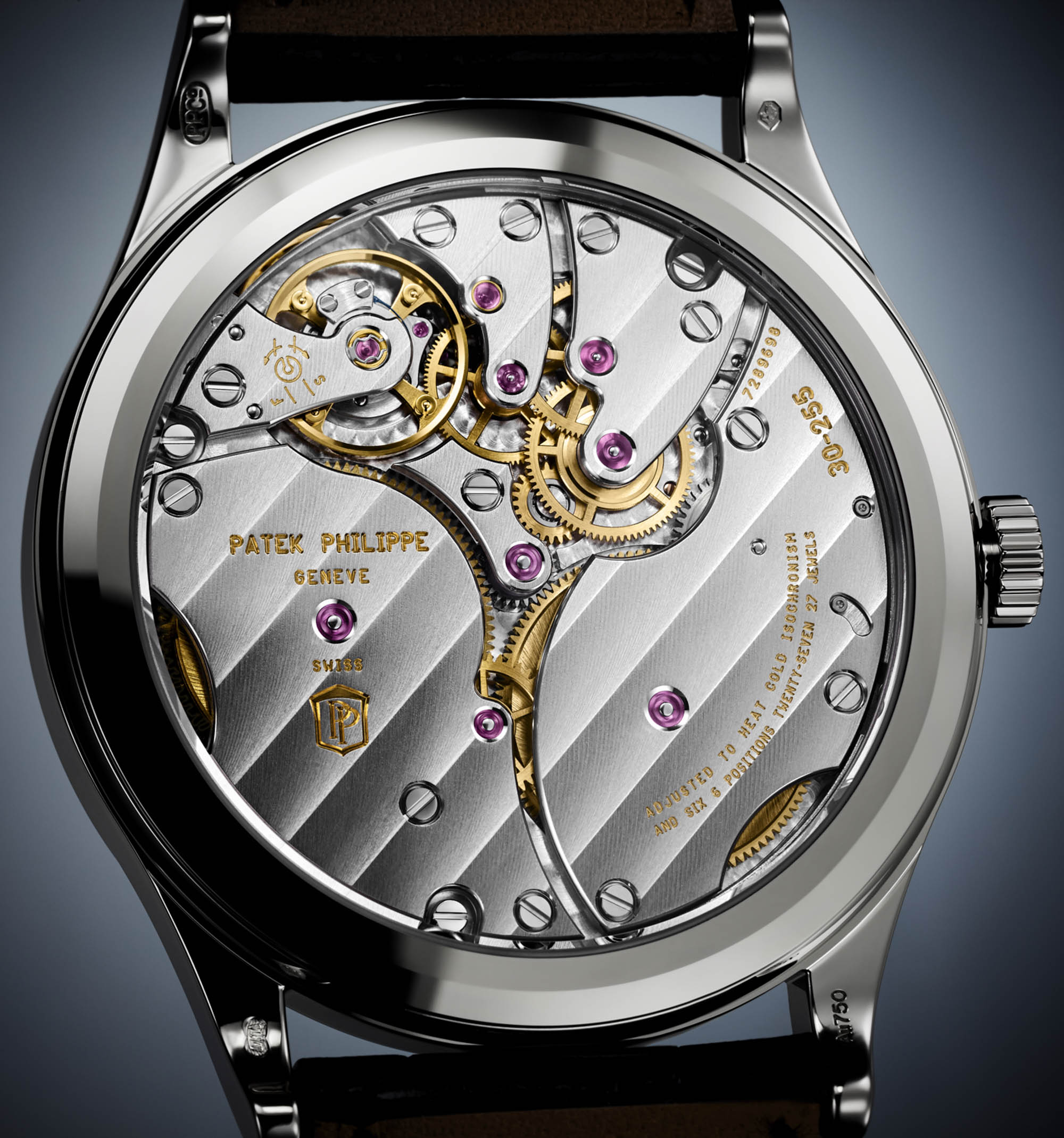 Powering the new Patek Philippe Calatrava 6119R and 6119G watches is what Patek Philippe calls a “totally new movement.” The goal was to create a hand-wound movement with a larger diameter than caliber 215 PS while being slim enough to keep case thickness in heck. “The new caliber 30-255 PS has an inside case diameter of 30.4 mm (overall diameter 31 mm) as opposed to 21.5 mm for the 215 PS (overall diameter 21.9 mm) and an unchanged height of 2.55 mm as indicated by its designation.” To preserve the height of 2.55 mm of the caliber 215 movement, Patek Philippe created a central pinion without a wheel plate that meshes with the center wheel via an intermediate wheel, as well as a ratchet wheel and a crown located beneath the barrel bridge as opposed to above it. 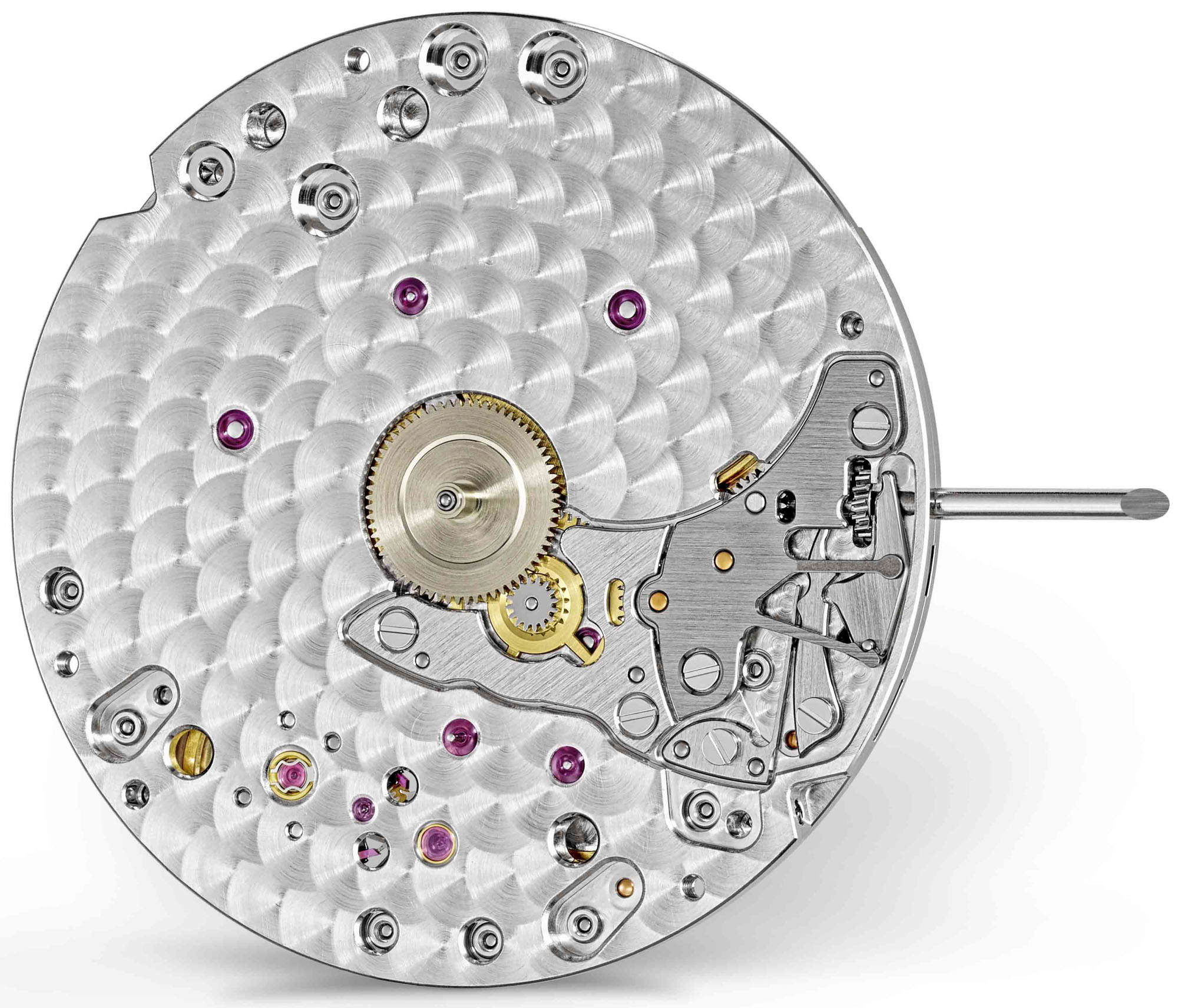 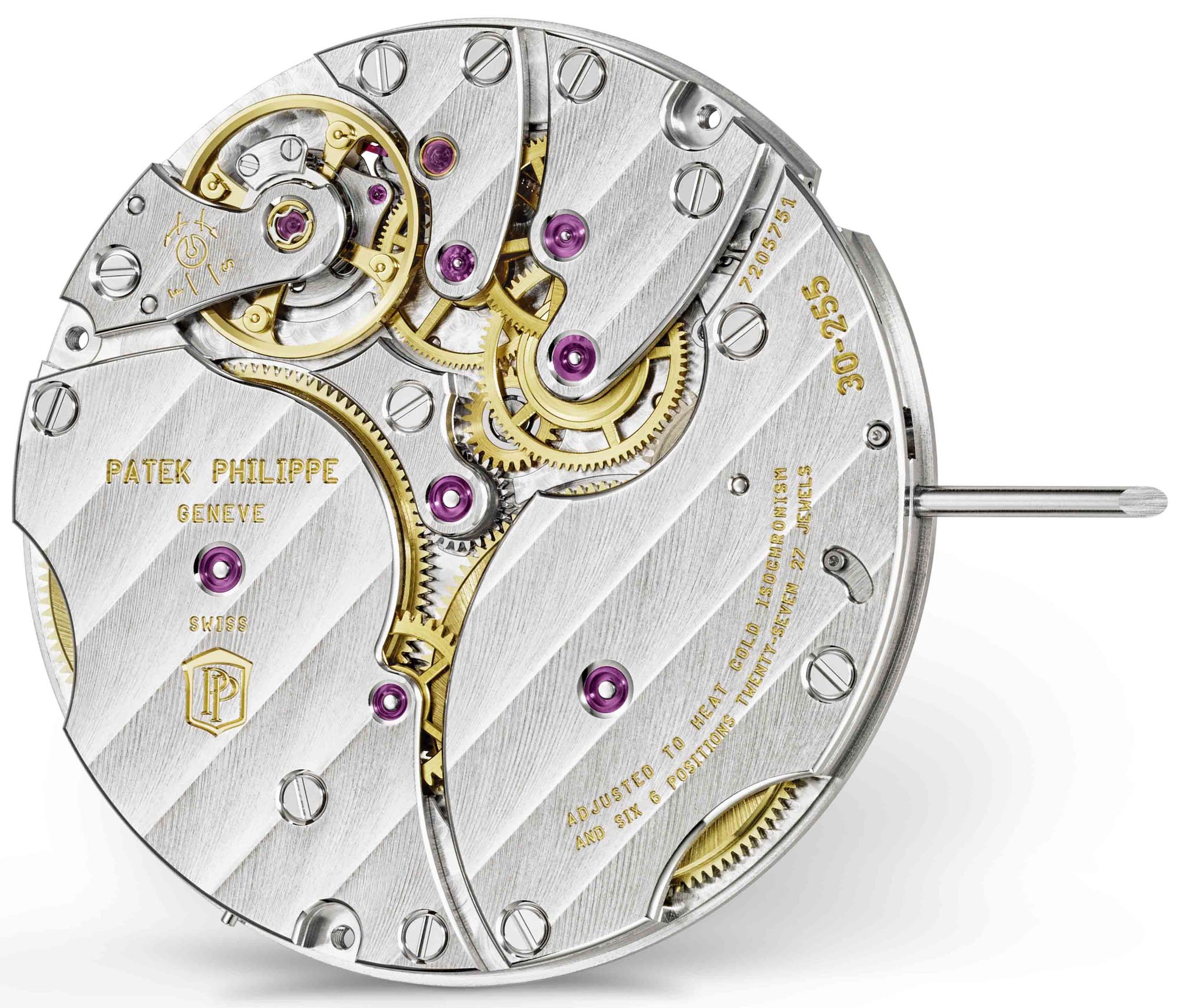 Despite what we can comfortably call “ultra-slim” build, power reserve has been extended to 65 hours – just about enough to last from a Friday evening until early morning on Monday. This is achieved despite the operating frequency being a rather high 4 Hertz – 4 Hertz over 65 hours is mighty impressive from a movement that is just 2.55mm thick. This is largely due to the expanded diameter providing enough room for the installation of two parallel mounted mainspring barrels – which again is rather rare as double mainsprings tend to be series coupled. Working in parallel means greater torque which enables greater moment of inertia for the balance (which, at 10 mg/cm2, is indeed very high and the highest of all of Patek Philippe’s 4Hz movements. 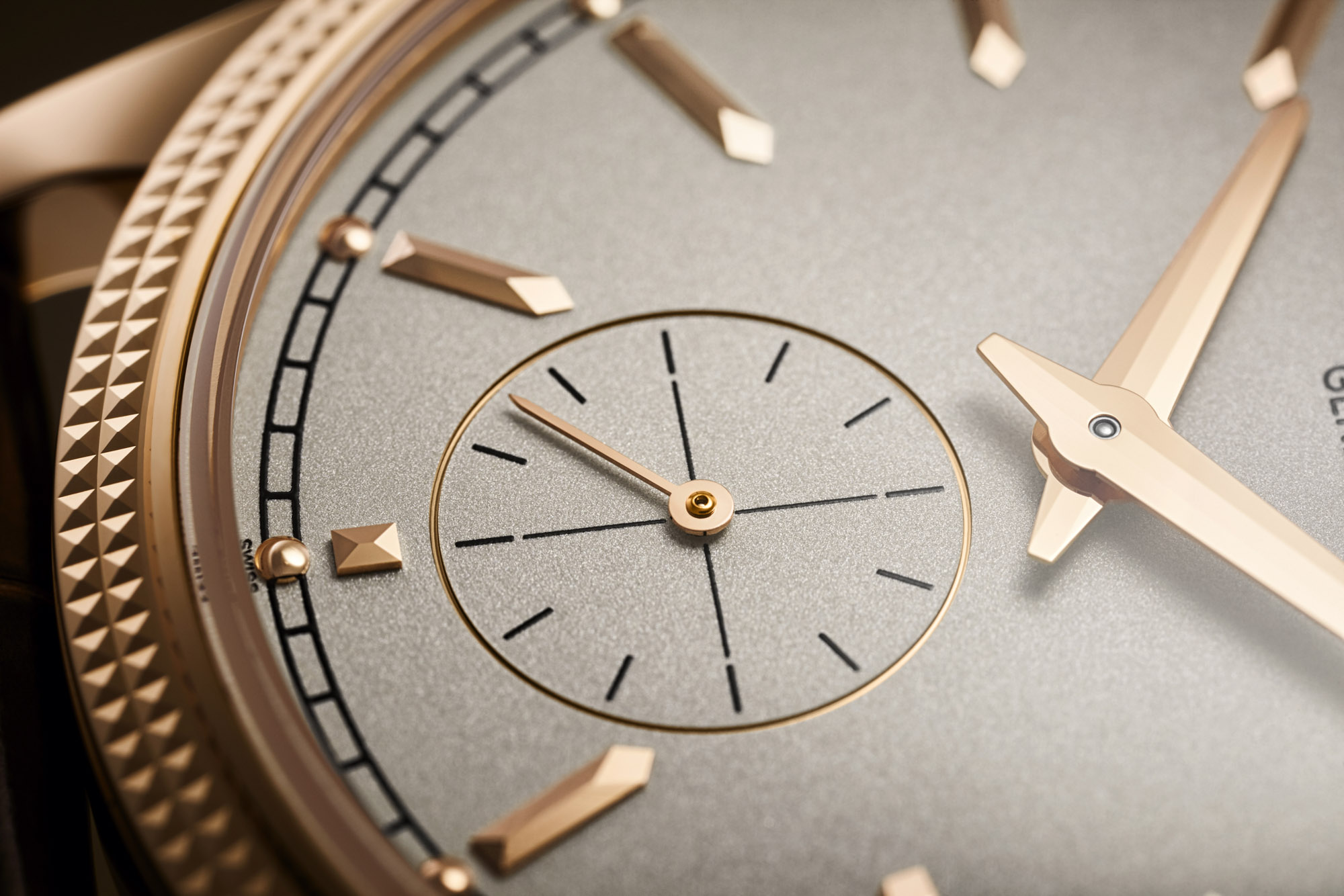 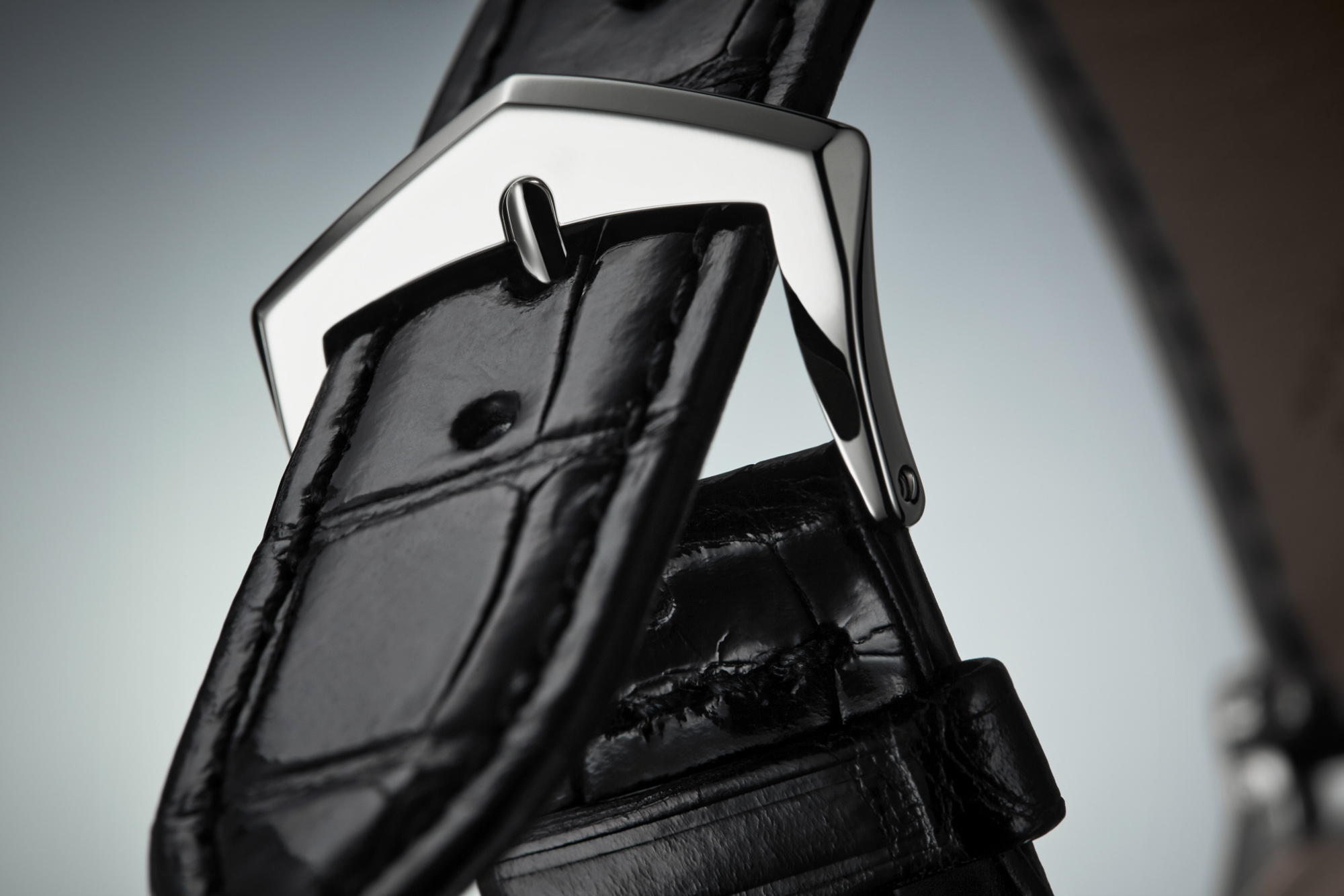 The Patek Philippe Calatrava 6119 has a sapphire crystal case back to show off the new caliber. Water resistance of 3 bars (30m equivalent). The dial is brass, the hands and hour markers are in 18ct gold matching that of the case. The strap is alligator with large square scales with a “mechanical artisanal-look stitching” matched to a prong buckle in 18ct gold.