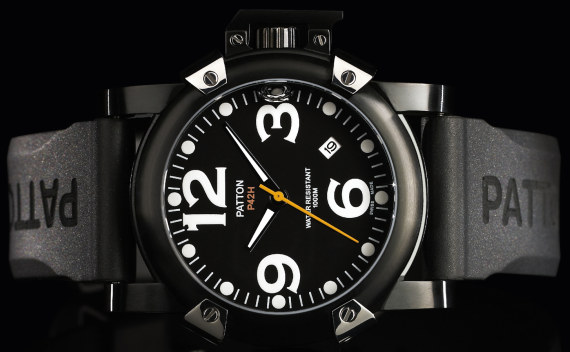 Sometime last year this new watch brand was born in France, with a decidedly American sounding name. Patton currently makes three watch models – each a variation of the P42 design. Each are diver style watches, and one is a chronograph model. I would like to focus on the more hardcore model of the trio, which the Patton P42 Hyperbare – based on “hyperbaric chamber” (pressure chamber). The watch is filled with a formula of mineral oil that cannot really be condensed very much, creating space that is more or less immune to high pressure. The alternative is a case filled with air, or some type of gas. Oil filled watches are not common, but not unheard of. The Patton P42 Hyperbare isn’t the only one around by any means, but might be one of the nicest ones. These are pretty watches, given their French design. 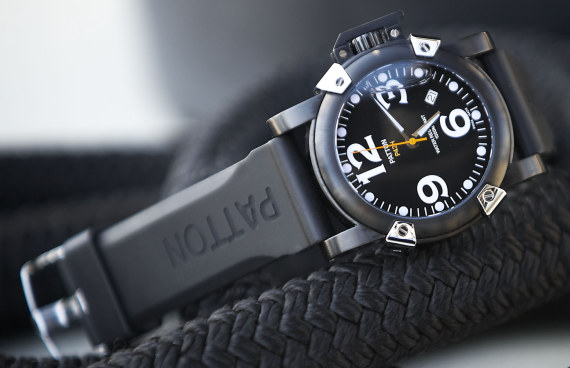 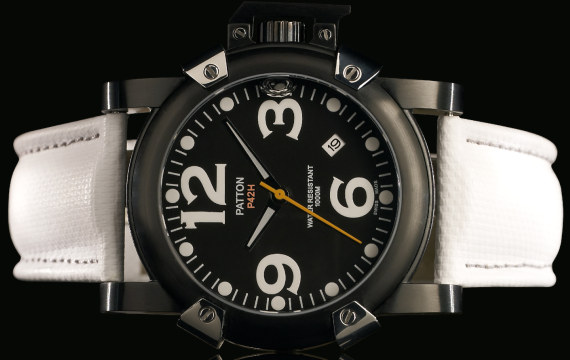 Mineral oil benefits from being non conductive. Meaning that the Swiss quartz movement in the watch won’t be affected by the oil because it won’t short it out. The entire case is literally filled with the oil, and there is a little bubble that moves around the case. This small amount of air is necessary for when the liquid expands a bit at times. The hands move freely through the liquid, and because the watch dial is filled with the stuff, it looks sort of eerily flat -in a cool way… What I don’t understand is why with the liquid filling the watch is only resistant to 1000 meters. Not that 1000 meters is shallow, but I have plenty of 1000 meter dive watches that don’t have the oil. Plus, other oil filled watches (such as those from Sinn) are water resistant to much greater depths. However, Patton makes clear (via its many “endurance tests”) that the P42 Hyperbare isn’t just water resistant to 1000 meters, but also is able to withstand that pressure for long periods of time.

You can’t have an oil filled mechanical watch – at least no that I know of. So you are stuck with quartz, which isn’t so bad. It does make changing the battery a pain in the ass though. When the battery dies, you need to send the watch back to Patton. Though, Patton has thoughtfully included a 10 year lithium ion battery in the watch. So battery changes aren’t gonna be that frequent. 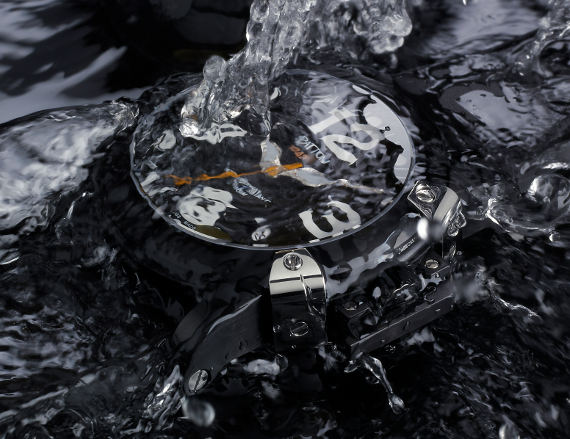 Patton also makes a non oil filled version of the watch called the Patton P42 Immersion. This model features more options (lots of straps), and a non-PVD black coated case. It is only water resistant to 300 meters, and is probably a better choice for most people unless you love the idea of having a pressurized, oil filled watch on your wrist. I have no idea what the size of the case is, as Patton for some reason never mentioned it. Though given the name of the watch, I would guess 42mm wide. The case has “claws” on each side in polished steel, and the Hyperbare has a PVD black coated steel case. Like I said, the Immersion model is all polished steel. There is an image of an Immersion model at the bottom of this post. Oh, and the crystals are sapphire (about 2.3mm thick). 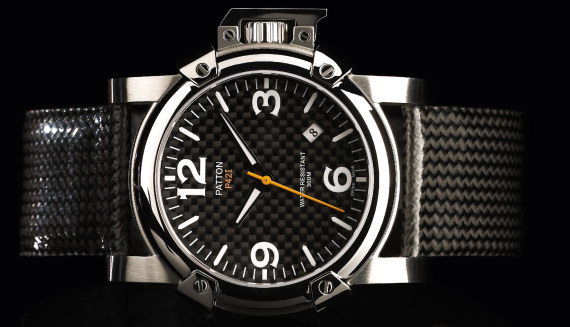 The P42 is a nicely designed piece with a good looking case and a stylish design fit for an explorer or man-about-town. The fashionista’s adventure watch? Though you know what I am going to say about the dial. Make the hands longer dammit! Why are they so shy? Patton uses a luminant I’ve never heard of called LUMINO. Yes, it does sound like a silly sounding super here full of bright happy light. How it compares to SuperLumiNova I don’t know. There are lots of strap options available, including a metal bracelet (for the Immersion model). I like the carbon fiber strap actually. You can see a full list of the available models and styles (along with prices) here on Patton’s website. Price range from about $1,100 – $2,200 for the Patton P42 Hyperbare and Immersion watches.