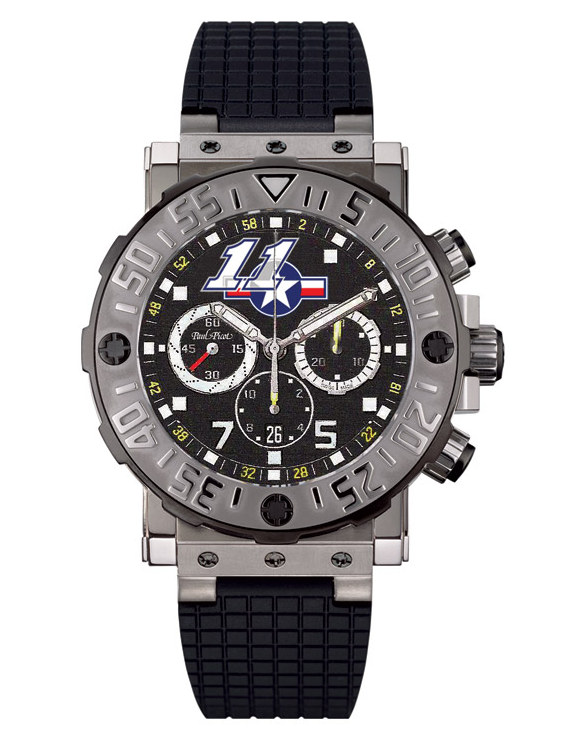 When I first saw this new limited edition watch from Paul Picot, I thought that the logo on the dial looked a lot like something from my childhood. Check out the resemblance of Ben’s lucky number 11 logo to that of GI Joe. You can’t call it copying cause there is so much that looks like that. Military-esque style stars and USA colors? Never been done right? Being a fan of Paul Picot, and GI Jone, I thought I would write about it. Probably cause Ben Spies has a name that sounds like he would be a GI Joe character. I mean his last name is friggin “spies” (yes, I know it is pronounced “spees,” but let me have some fun). It might as well be a verb. What exactly does Ben spy? Well the race track for the most part. The popular American MotoGP (and others) champ just might be “the real American hero” to some people. Don’t forget the other MotoGP watch I wrote about here – the Tissot T-Race limited edition for NickyHayden.

Most watches with “plongeur” used instead of diver seem to interest me. Dive watch made for Superbike champ? I can handle it. The 48mm wide titanium C-Type watch is a good looker, unique among the hard-to-fine quasi luxury dive watch crown. It is also water resistant to 300 meters. This special version has an all carbon fiber dial and a subsidiary seconds dial with a ring around it in the shape of a disc brake rotor (kind of cool). Ben’s competition number 11 takes center stage on the watch dial – pushing the Paul Picot logo into a smaller space located inside of the subsidiary seconds dial. 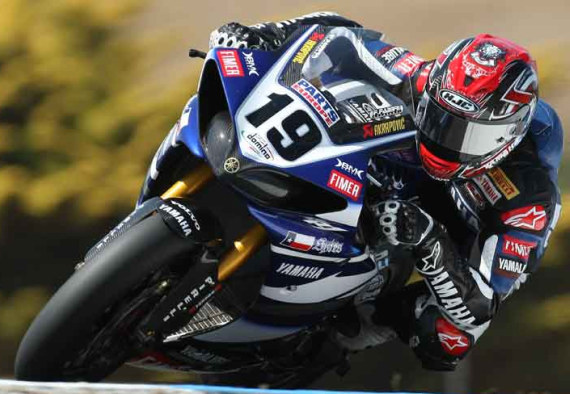 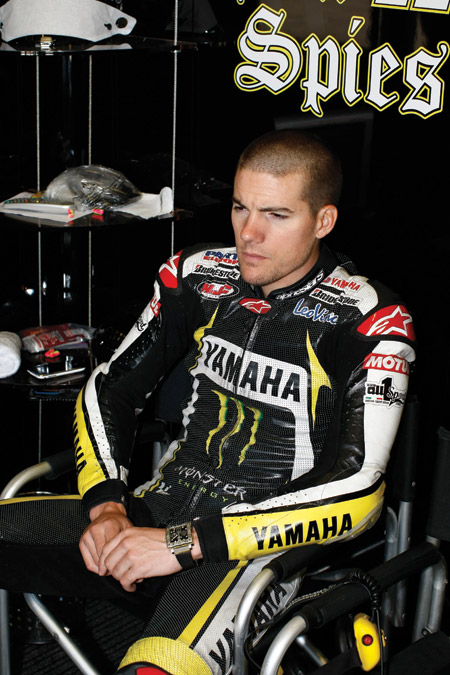 I saw Spies race last month at Laguna Seca, but didn’t see his watch. I think that Tissot makes a timepiece that is more affordable to most MotoGP fans, but for those interested in something higher end, but still fun and imbued with the MotoGP spirit, the piece is worth a look. I love the angular looks of the watch case and dial features. Just a real cool, masculine demeanor. For an even more “square” version check out the totally square Paul Picot diver watch that Ben is wearing in the lower image here. Inside the C-Type Plongeur 48 Ben Spies Limited Edition watch is a COSC Chronometer certified Valjoux 7750 chronograph movement. Nothing super special, but a workhorse movement that is decorated and visible through the sapphire caseback window/. Fans of the design, and especially Ben Spies will be able to fight for one of the 111 pieces of this cool limited edition watch. Price is going to be 5850 euros. Look for it soon.