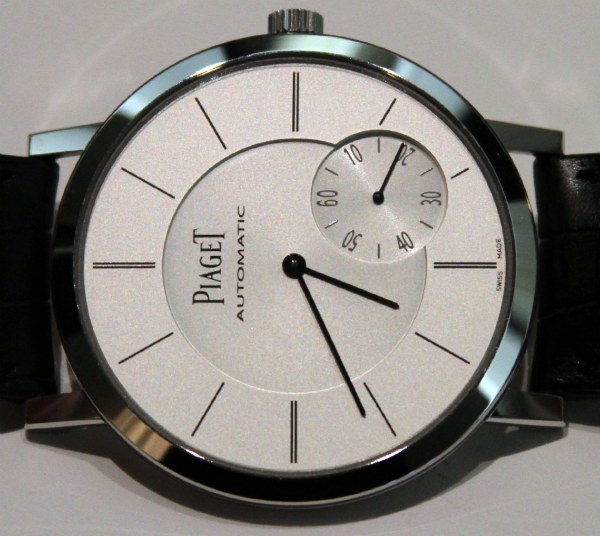 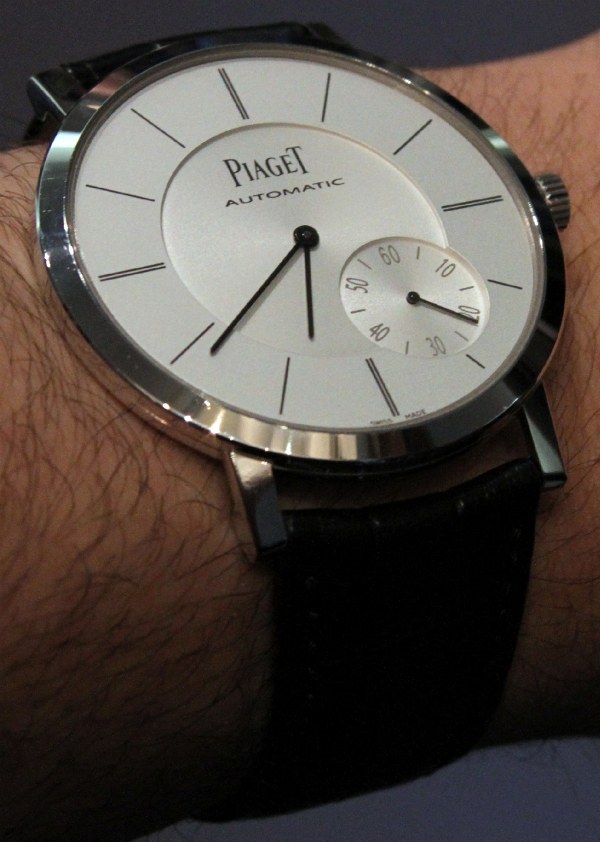 When I first saw this Piaget watch almost a year ago it was safely put away behind glass, teasing me with its ‘no-so-thin’ charms. At 43mm wide and just 5.25mm thick, this is a dream come true for people who want a stately looking watch in diameter, but also one that offers an extremely thin profile on the wrist. So thin in fact, that this watch holds the record for being the thinnest automatic watch in the world. 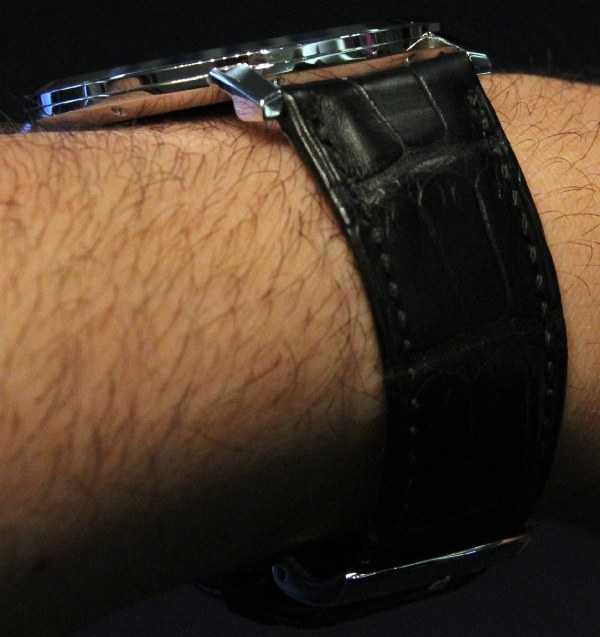 I learned a few things about Piaget when I visited with them in Geneva recently that I didn’t know. I did know that Piaget has been making watch movements for a really long time, but I did not know that they only made watch movements until the 1940s. Piaget would make a movement for other brands to put in those brand’s watches. A lot of the time Piaget didn’t even get to puts its name on the movement. In the 1940s Piaget started to makes its own timepieces and history was made. In fact, some people think of Piaget as only a jewelry maker – when in fact, that division has always come well after their heritage of being a watch movement maker.

It is hard to explain in words just how thin the 1208p automatic movement is. Sure I can tell you that it is 2.35mm thick, but you really need to see it to understand. It literally looks like a wafer. There is a lot of hard work that goes into making a movement that thin and have it actually work. Part of this is because there is usually some “wiggle” room in a movement for parts to move around. In the 1208p everything is smooshed together. But it is a beautiful sandwich of parts. The solid gold micro-rotor and finishing on the surfaces makes it look like a million bucks. 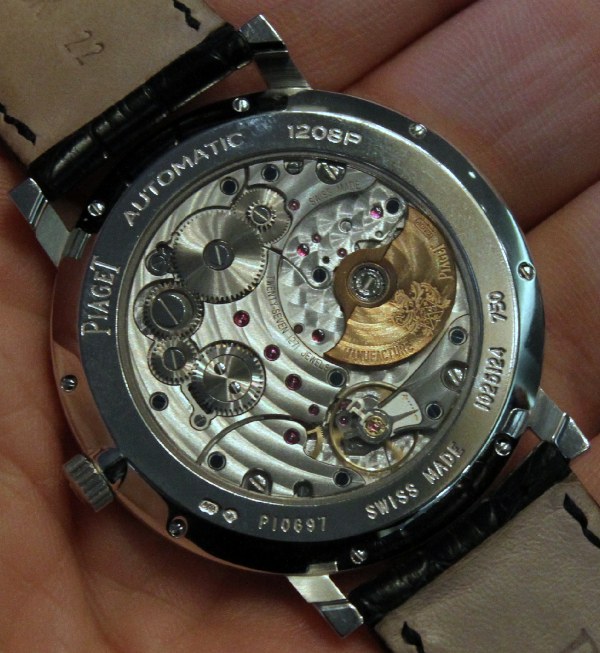 On the dial side things are more simple. Classic by definition, there is a more designed edge to the Altiplano collection. Sort of like what would happen if a staunch Bauhaus style designer went to live in Paris and then Tokyo for a while. This is a minimalist watch in a fine tuxedo. The dial is three stepped with a lowered middle section and done with a matte silvered finish. Hands and hour markers are needle thin batons. The subsidiary seconds dial is a further step lower, off-centered, and contrasts the simple hour makers with Arabic numerals. The only thing I don’t like about the watch is that I feel as though the hour and minute hands should have been longer.

The 43mm wide wide case with its thin bezel and short lugs help the watch feels substantial. On the wrist it looks genteel but manly. Size is fantastic, and I like that Piaget kept it wide. Piaget’s CEO shares this ideal. Saying that while thin watches will always be part of Piaget’s honored tradition, that doesn’t mean they need to seem petite.

In 18k white or rose gold, this is a high-end watch. You have a beautifully make in-house movement, finely made case, ultra elegant conservative style (that still does not seem stuffy), and what is quite possibly the perfect “formal timepiece” Price is about $19,000. Although this watch was introduced a year ago, Piaget has just recently started to deliver them. I hear that the Piaget Altiplano Automatic is currently almost impossible to get (I don’t think you can get any in the US yet). Though that will chance soon as Piaget is able to make more. I highly recommend this watch if the style suits you and you can afford it. Just a marvelous creation – simple and so easy to enjoy on the wrist. piaget.com