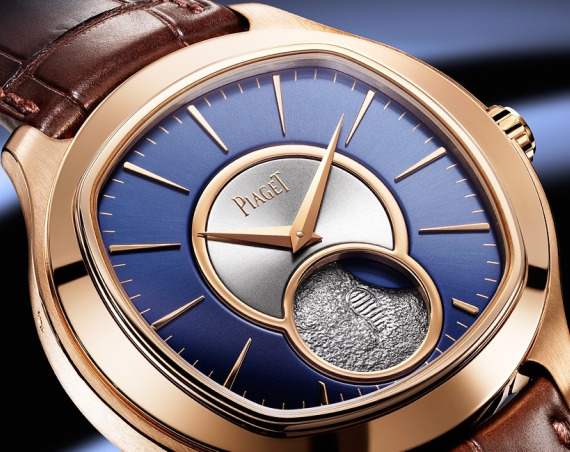 July 20, 2009 was the 40th anniversary of the Apollo 11 moon landing mission that famously made… the Omega Speedmaster Professional watch world famous. Oh yea, and it was cool that we landed on the moon as well. Trust me, on each occasion that can be fathomably possible, Omega relishes in its [past] achievements. Why should Omega have all the fun though? There are other watches companies, and others that can work to celebrate humanity’s victory over our Earthly prison!

The most obvious type of watch to include playful lunar features are of course moon phase watches, and the most appropriate are those watches with larger moon phase indicators. I’ve seen moon phases with a moon display that is plain, those that try to emulate the look of the surface of the moon, those that have all sorts of playful or characterful faces, and thenthe  displays like this that celebrate the moon landing. This watch is a one-off, meaning that there will only be one of them. It is based on higher production watch though, which is the Piaget Emperador Coussin Grande Luna. With some changed colors, a unique caseback engraving, and the foot print on the “moon surface,” this Piaget watch also nods to the Apollo 11 mission on the year of its 40th anniversary, with this watch to be auctioned-off at the Only Watch 2009 event in Monaco this year held in September. The watch is in 18k rose gold and is 46.5mm wide with an in-house Piaget Caliber 860P automatic movement. It is not clear what the auction price will be for the watch, but when you combine wealthy people with medical related philanthropic charity events, and mix in alcohol – the money starts to flow, oh yes… 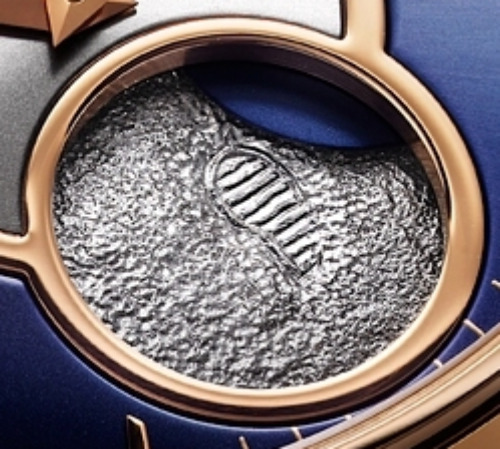 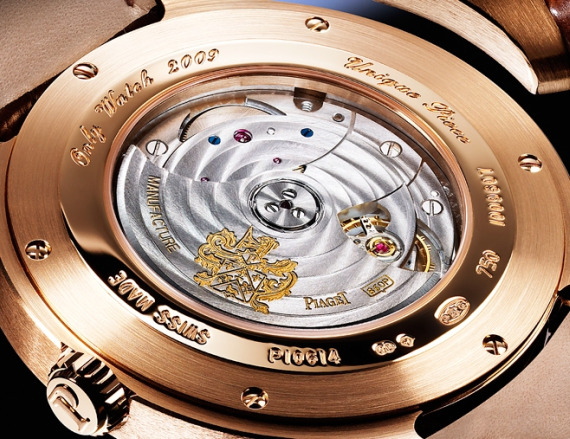 Set perfectly on the heated gold cratered moon phase display, is the iconic space-suit footprint made by first man on the moon Neil Armstrong, and immortalized forever as the “footprint of humanity” conquering alien worlds. It feels extremely cheesy saying it now, but it really was a bit step for humankind even though the moon represents only a marginal victory in what will be a great history of space travel. I really hope that future generations never decide to ignorantly mine the moon for resources and significantly alter its mass, as I imagine that would have grave effects on the importance of the moon’s gravitational pull on Earth – we can save activity like that for Mars. We’ll wait until September to see how all the Only Watch 2009 watches did at auction. I am glad that Piaget’s addition to the event is both beautiful and interesting.