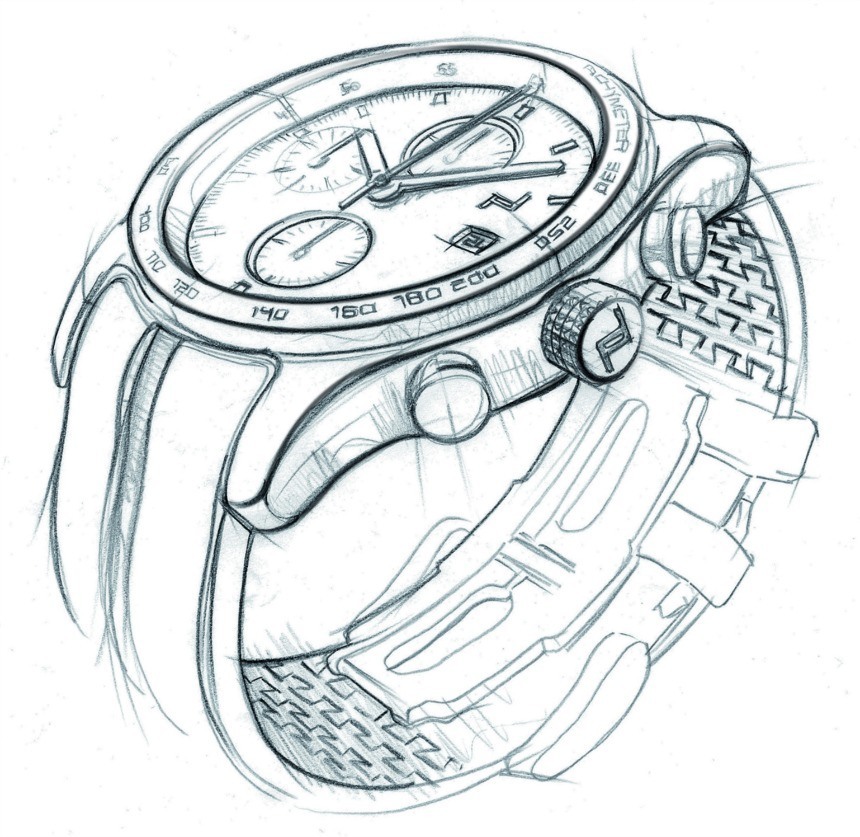 The Future Of Porsche Design Watches And The Timepiece No. 1 The picture above is an early drawing of what will be the Porsche Design Timepiece No. 1, the first watch actually officially made by Porsche Design as we understand it. Porsche Design has been involved in watchmaking since 1972, and has worked with a range of different watch companies to produce its watch designs. These have included brands such as Orfina, IWC, and Eterna over the years, but a new era of in-house production will come to Porsche Design soon.

Earlier in 2014, Porsche Design ended its longstanding relationship with Swiss Eterna watches to produce timepieces for the Stuttgart-based German company. The precise reason for the termination of the relationship remains unclear but I theorized that it may have had something to do with Eterna’s purchase by the Chinese company China Haidian. After the purchase, Eterna’s CEO Patrick Kury also stepped down and it was unclear what the future of both companies would be like. I don’t normally like to bore people with watch industry talk, but this does affect the products many people like, as well as affecting a brand that I am very much a fan of. Porsche Design just announced a few bits of interesting news. First and foremost is the formation of a Swiss subsidiary named Porsche Design Timepieces AG that of course will operated in Switzerland to produce watches. This will be under the larger Porsche Design Group whose CEO is Juergen Gessler. The second piece of news is that the CEO of the Porsche Design TImepieces company will be Patick Kury.

So from producing Porsche Design watches at Eterna, Mr. Kury will now move in-house to Porsche Design to continue his work. Watch lovers know that his engineering-minded mentality to watch making combined with Porsche Design’s design talent has helped create a lot of really desirable products.