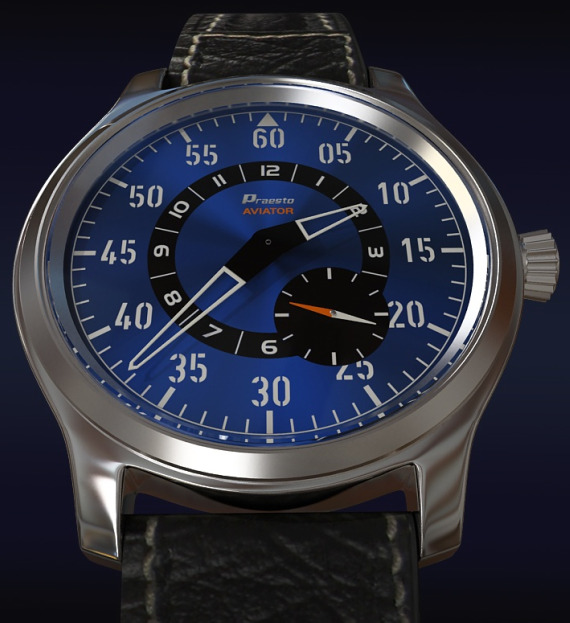 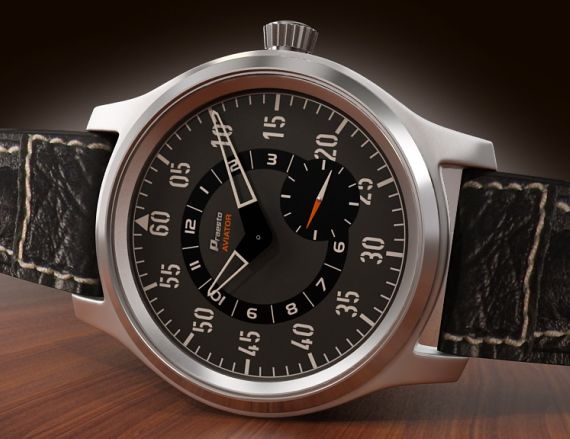 I think a revolution in watch making is finally due. The being the official legitimate entrance of the quality Chinese watch maker. “But the Chinese have been making watches, and watch parts for years” you say. Yes, but how many Chinese watch brands do you know of? Just a scant few. Sea-Gull is one of them, but really who else that you’d take seriously? Over the last few years some of the major Chinese watch makers who have been making the parts in other popular watches have decided that they need to get into the game of having their own brands. It is a totally novel concept for them because most Chinese watches are labeled as something else. Be it a legitimate foreign company or a knock-off of something else. The next obvious step for China is to have more actual brands that non Chinese people want to buy. These fledgling companies still have a lot to work out, but here is a timepiece from a new brand called Praesto that I think you’ll really enjoy, the modern looking Praesto Fliegeruhr Aviator watch.

Chinese movement maker’s aren’t up to snuff with their European or Japanese counterparts. They will catch up eventually, but until then they realize the need to use foreign movements . So this watch uses an automatic Japanese Miyota 8245 movement. The movement is hardy and does its job well. There is some decoration on on it and I am glad that Praesto chose an automatic, because I am sorta sick of good looking aviator watches with manually-would movement. I simply prefer the convenience of an automatic. 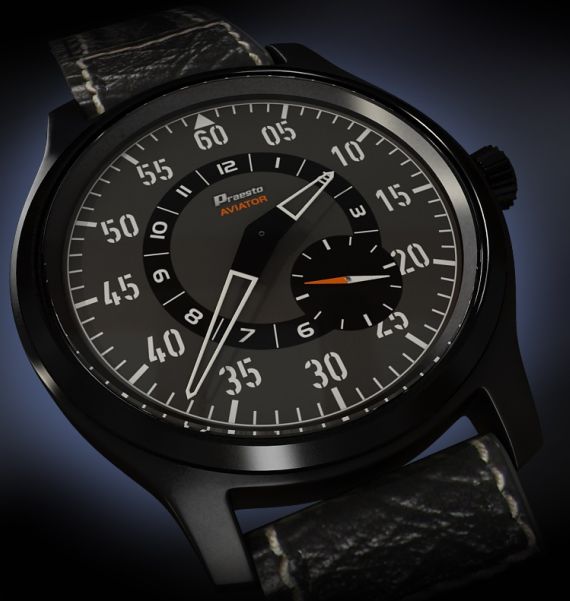 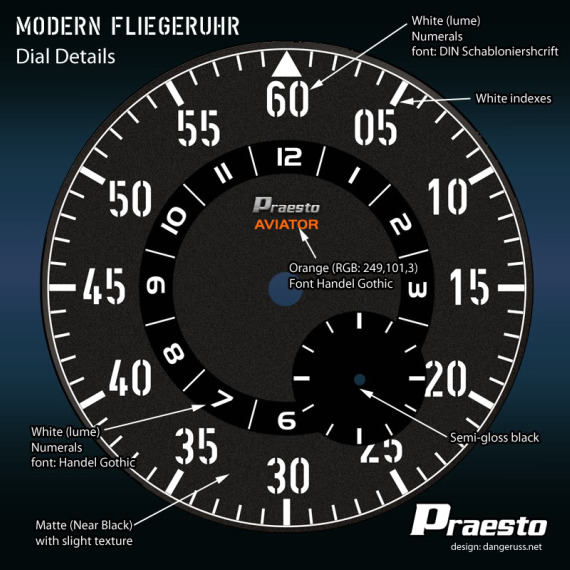 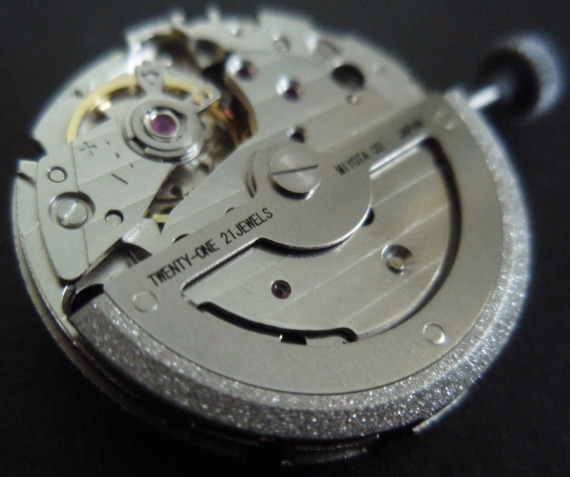 The watch has two case options. Both are 44mm wide in grade 316L steel, while one is in black PVD. The PVD version has the dark gray face, while  the lovely blue face is available in the bead-blasted steel case only. Praesto even threw in a screw-down crown that feels like a hybrid between the new, and the old-style aviator watch crowns. Little touches all over the watch signal a dedication not only to quality, but to use watch enthusiasts that know what we are looking for. Therefore, the watch uses an anti-reflective coated sapphire crystal, LUM-TEC’s special MDV lume on the hands and dial, and a clean, easy to read dial that is the best part of the whole package. The case is 200 meters water resistant, and comes with a contrast stitching leather strap.

Both dial colors are really choice, it just depends on what you like more. I included a diagram from Praesto that explains the look of the dial more. In classic aviator style, the hours and minutes are switched in their layout on the dial that better reflects how you read the time of a watch. The stenciled font used is a cute touch that I, and most of you will likely appreciate. The asymmetric placement of the subsidiary seconds dial adds visual interest to the dial, and gives the timepiece a unique character. Also, the skeletonized hands give the dial a fun and functional feel. Unlike most other Chinese watches, I can honestly say that the Fliegeruhr watch design is not one that I feel as though I have seen elsewhere. Instead, you get how it works right away, but it feels special. Praseto did borrow the “Fliegeruhr” name from some other German aviator watches, but they are allowed to do that. I think it is actually funny. To see a modern Chinese watch with an old sounding German name.

The timepiece design is actually American. The person who designed it is a great designer who I’ve worked with myself named Russ Schwenkler, you can check out his site right here. Russ has a good eye for watches and other fashionable/functional machines such as cars and motorcycles.

The watch is available as part of a limited edition only; 300 total pieces with 100 pieces in each style. You can preorder the watch for a handsome discount as the watch is due for arrival in about November/December 2009. The base price is between about $480 – $530, but you can get 25% off plus other perks for pre ordering. You’ll a volume discount for more watches (another 5% off for two watches, and then you’ll get free shipping if you get three). Praesto will also throw in a T-shirt. Not that you really want the T-shirt, but how often do you refuse a T-shirt?

To buy or learn more, check out Praesto here.