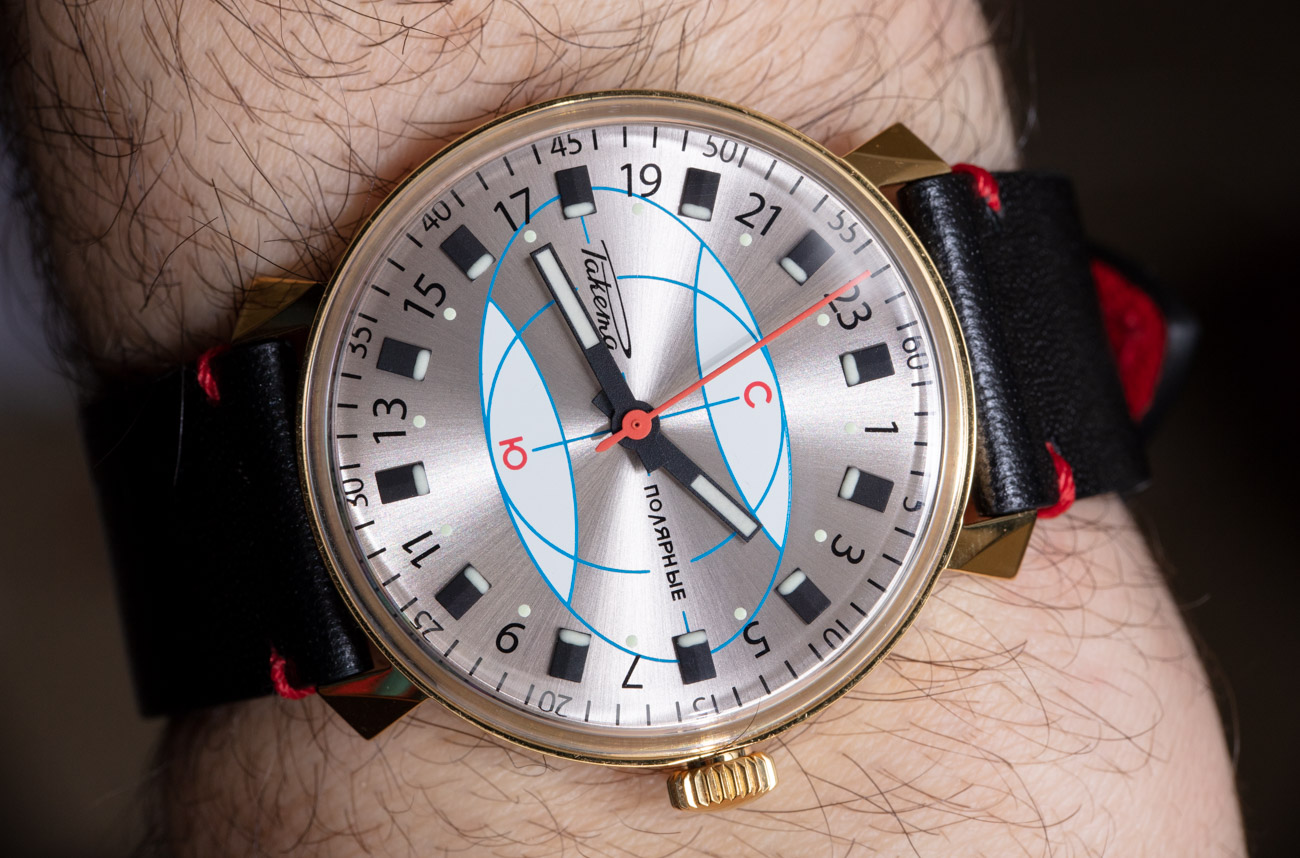 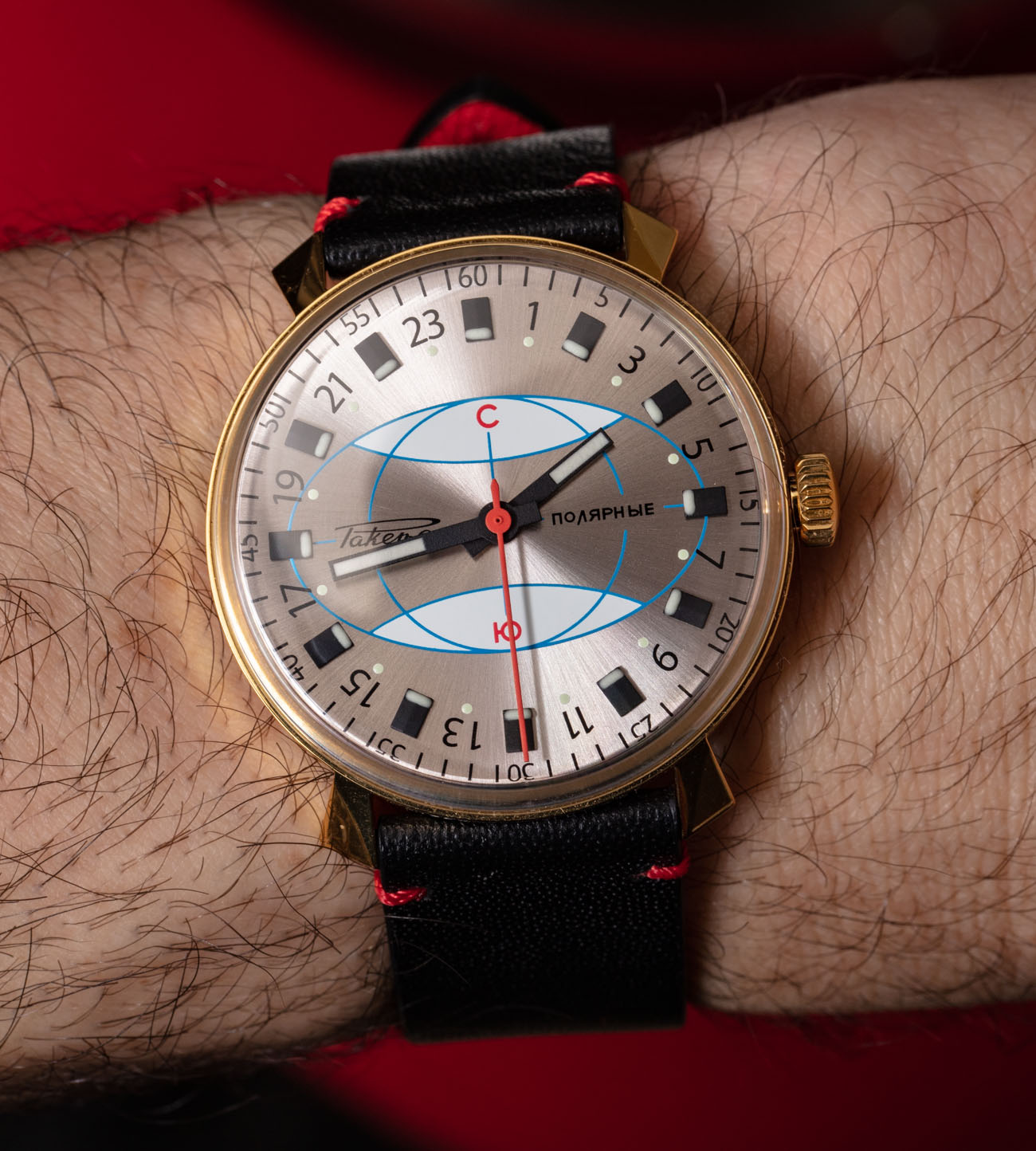 Raketa is a Soviet-era watch manufacture that continues to operate today in Saint Petersburg, Russia. I like to think of it as “Russia’s Seiko,” as it comes from a heritage of making legit tool and military watches, while preserving a compelling tradition of mechanical watchmaking, with prices aimed at regular people. The Polar 0270 for 2020 is a re-issue of a watch made in small quantities starting in 1970 for the USSR’s Arctic and Antarctic Research Institute. The watches were originally ordered in 1969 (a very important year of “firsts” in the watch industry) and in 1970 when they were delivered (as the story goes), they were used by Soviet Polar Explorers on the 16th Soviet Antarctic Expedition.

The original Raketa Polar Expedition watches were reportedly not sold to civilians with much frequency and remained specialty watches among those people who spent their time exploring the Arctic and Antarctic regions. The Polar watch also has an interesting design and technical story. While not the first of its kind, I imagine, this was apparently the the first Raketa watch to have a 24-hour dial, which required Raketa to design and manufacture the movement. 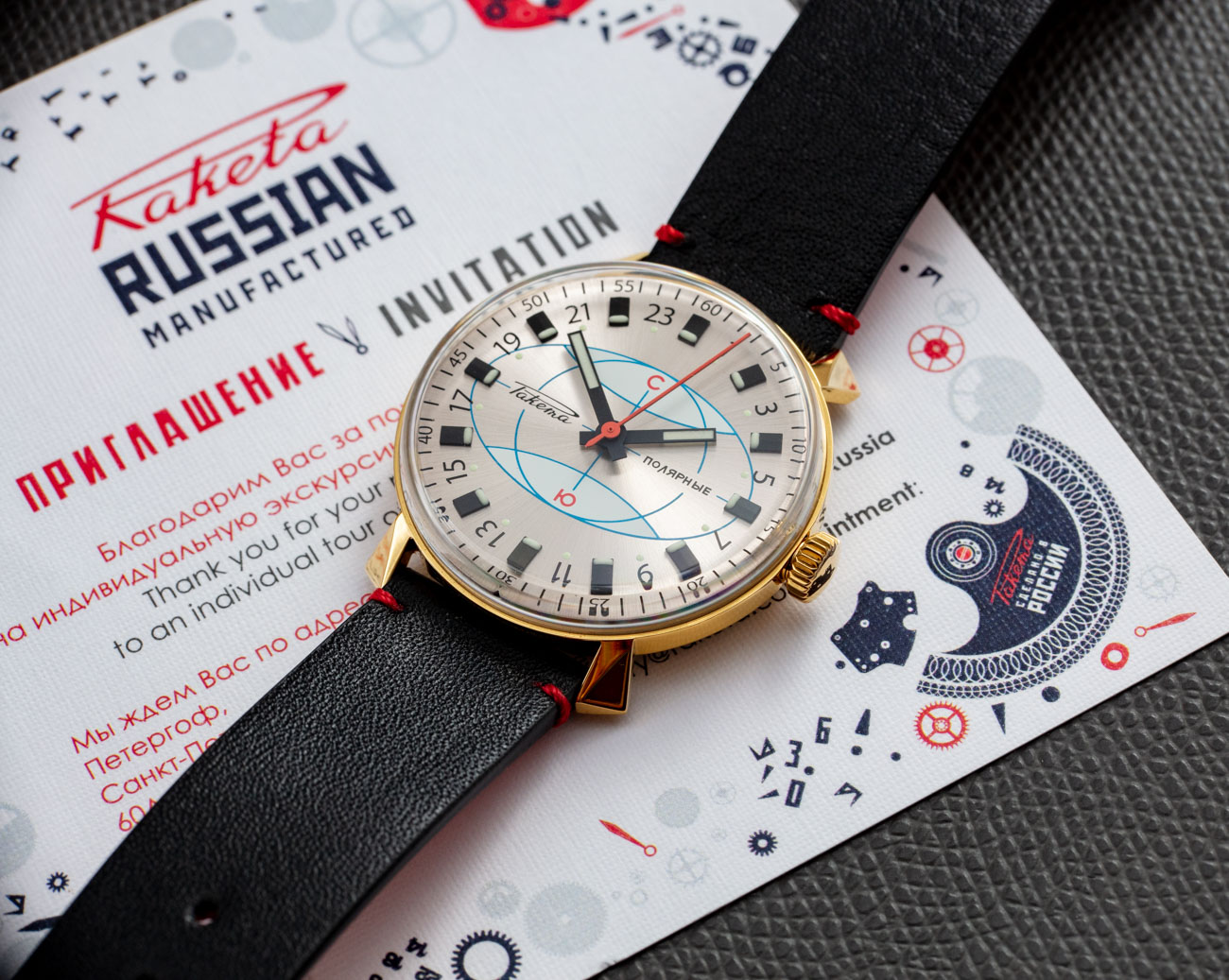 Today’s re-issue of the Raketa Polar watch has its own charming story that collectors will certainly find interesting. Much of the charm comes from the fact that a woman who worked on the original Polar watch in 1970 still works at Raketa, and she led the recreation project. Not only is she still working at the same company 50 years later, but she used this opportunity to improve a bit upon the original, allowing it to benefit from more modern materials.

That said, another part of the Polar watch’s charm (and this only makes sense as it is a limited edition) is that Raketa is producing it using “old school” (their words) manufacturing processes. Implied in this statement is that Raketa also has many of the same machines in the building as it used 50 years ago. In Russia, I imagine pointing out this irony would be considered good self-deprecating fun as a lead-in to a good laugh. 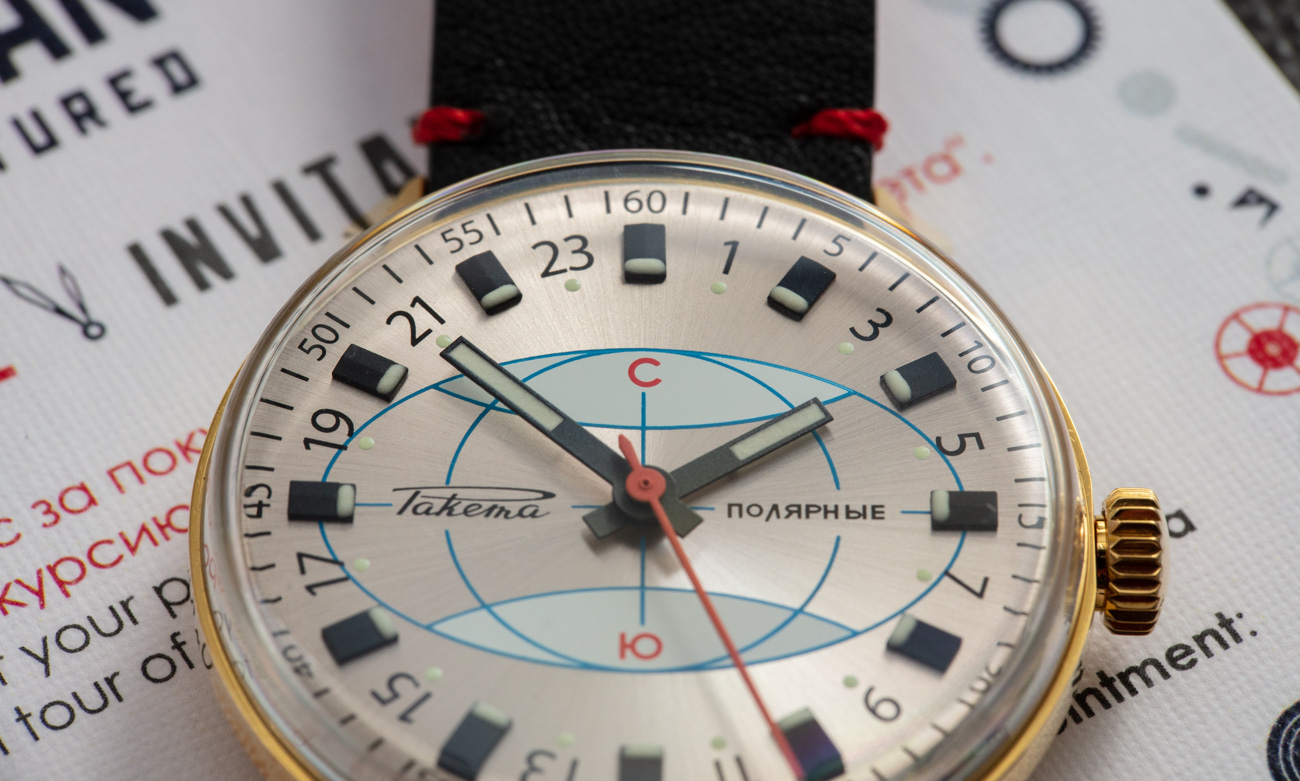 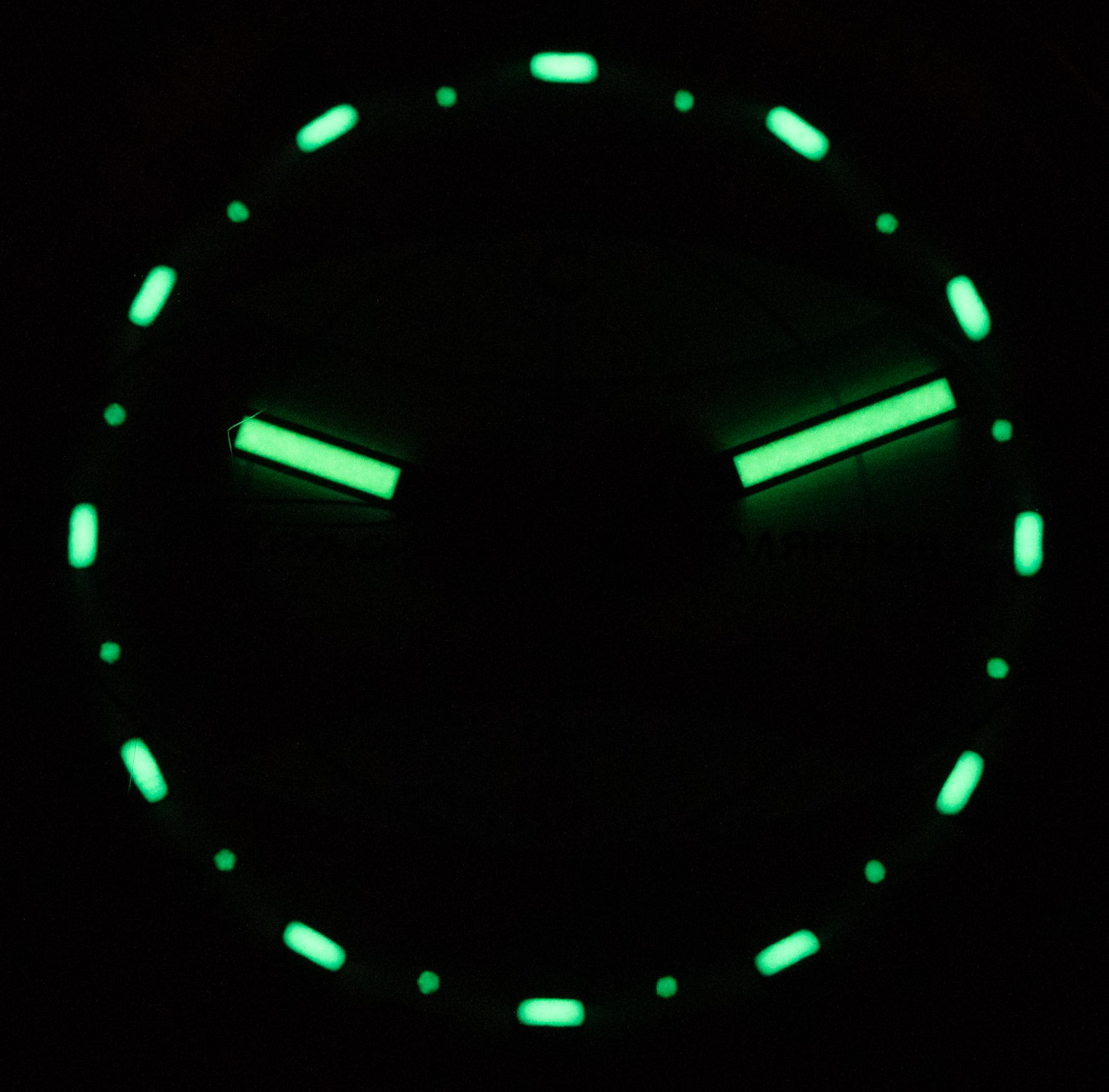 The resulting re-issue watch legitimately feels like a vintage watch (freshly made, however) because it is essentially made the same way. I read this story after first seeing the watch, and learning the backstory helped explain what I was looking at. I genuinely thought these were NOS (“new old stock”) watches from the 1970s that Raketa was selling. According to the brand, the new 2020 Polar watches will have upgrades throughout designed to make them better watches. They have all the charm of a vintage timepiece, as well as Russian Soviet design.

In watch collecting, there is an interesting group of collectors of Russian watches. These are not just strange horologists. In fact, Soviet-era wrist watches are colorful, varied, imaginative, and sometimes flashy. In other words, they are nothing like the culture and place we associate with where they came from. To learn this, I had to travel in order to view watches produced in both former Eastern Germany (that was under communist rule) and the Soviet Union. While they had their fare share of “knockoff designs from the West,” they also prided themselves on original design. 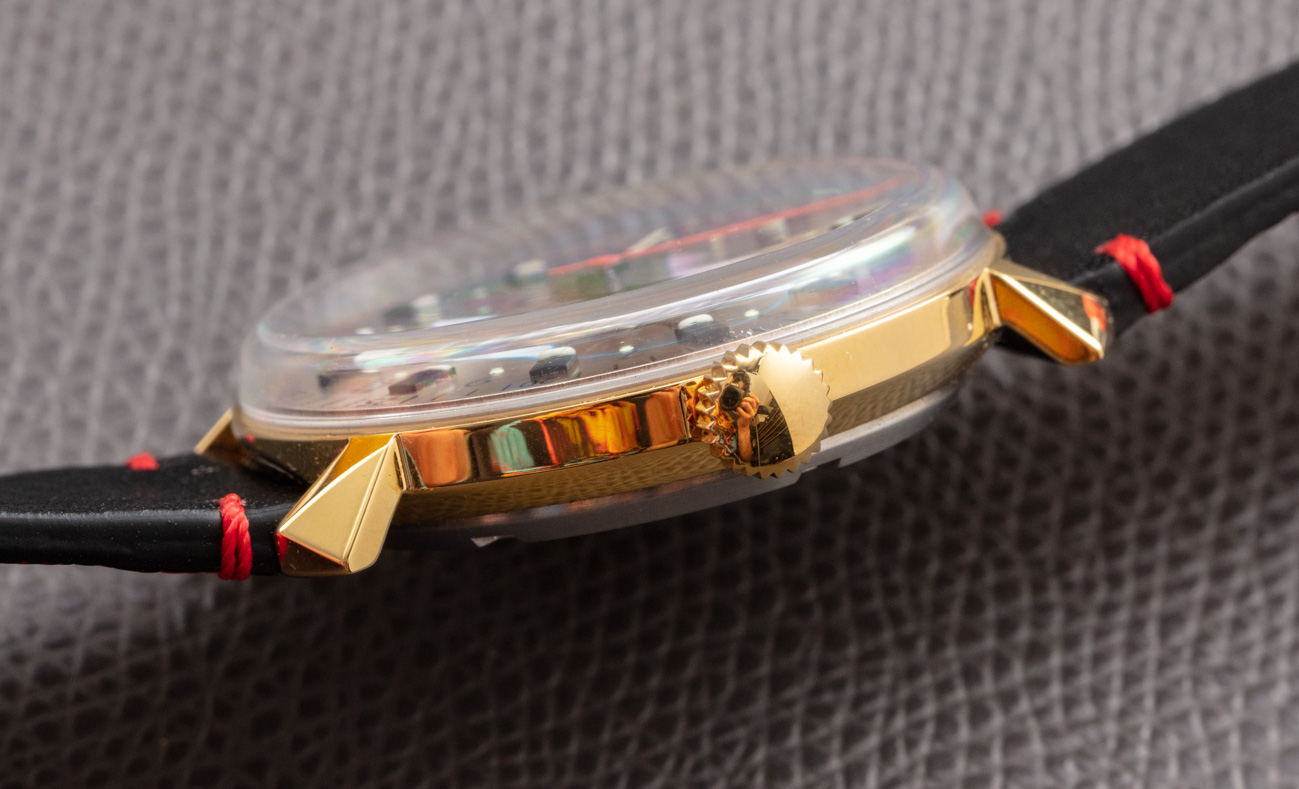 Given that the Polar was for Antarctic and Arctic adventuring, Raketa designed the dial with two white polar caps on it, purely as thematic decoration. I’ve always loved how the font looks like something out of the Jetsons. Other design features, such as the flared lugs, show a willingness toward a pride-in-self, which was rarely allowed in much of Soviet communist culture. That said, we know the USSR’s wartime, science, and athletic heroes were allowed to live with Western comforts and were often considered hero role models for the working people. In this context, it makes sense why the Soviet Union allows for them to have such cool outfits (and equipment).

By modern standards, the Raketa Polar is on the smaller side with a steel case that is 35mm-wide. The case doesn’t wear too small given its nearly 12mm thickness. It also has a roughly 40mm lug-to-lug distance. Case water resistance is 30 meters, and over the dial is a box-style acrylic crystal.  On the Raketa website, the Polar’s crystal material is described only as “organic.” I don’t know if that is a just poor translation from Russian to English, but I’ve never seen that terms used to designate a watch crystal material. Attached to the case is a simple yet comfortable black leather strap with flirty red stitching accents. 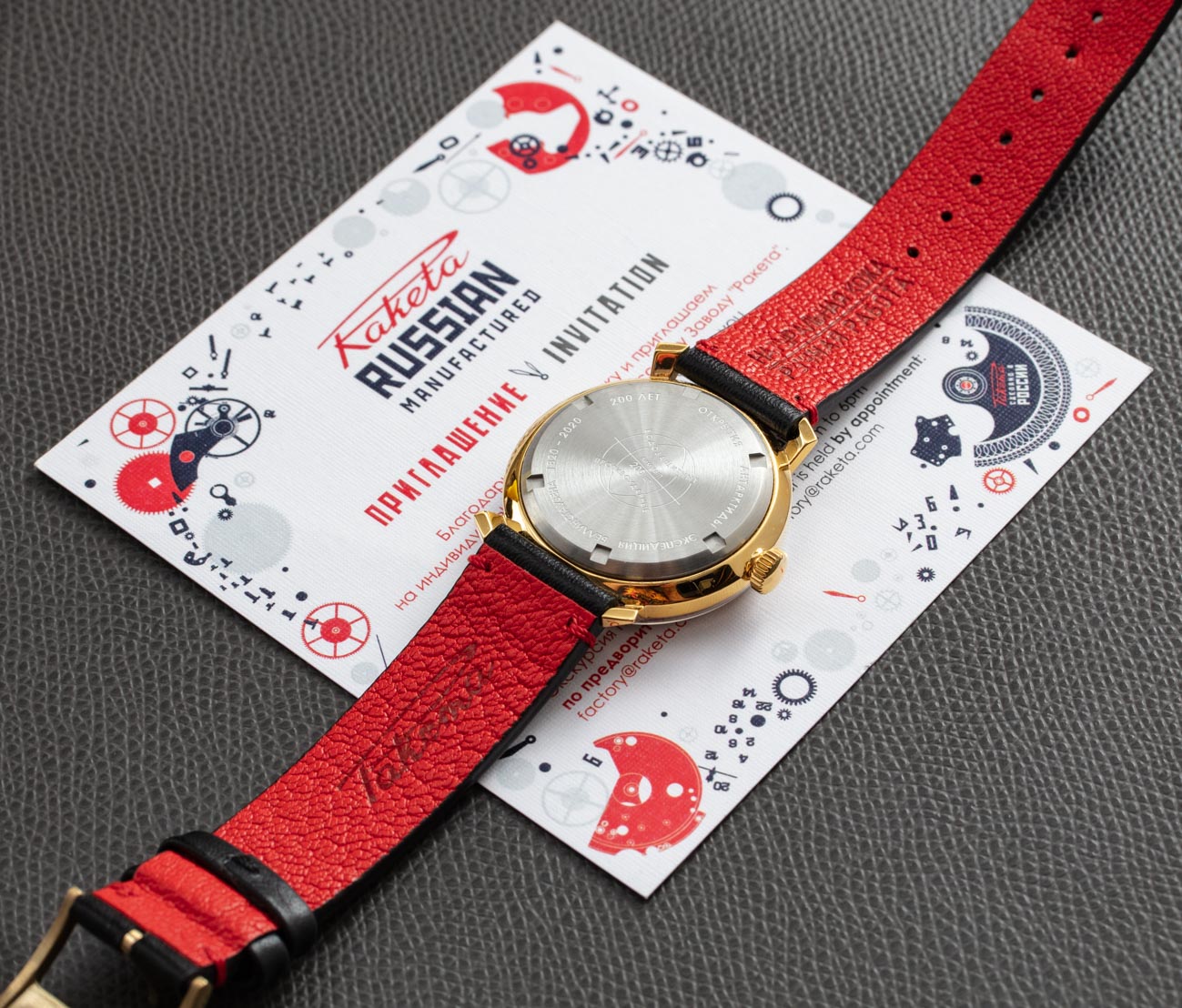 The dial is meant to do two primary things — first is to help the wearer know the time and whether it is day or night. To accomplish this, Raketa designed a dial that uses 24 hour markers, as opposed to 12 hour markers. The same movement was also later used in a variety of Raketa watches meant for various professions in places (such as underground) when the wearer would not readily know if it was day or night with a 12 hour format dial watch).

Each of the 24 hour markers is given a dab of luminant paint (in a neat alternating Morse code style), and the dial design alternates between hour marker and printed index. The overall dial feels legible but also not too cluttered. The black-colored hour markers and matching hands also contrast well against the silver sunray-finished dial. The steel case is gold-toned seemingly for no other reason than that it looks cool. It is possible that it was a safe way to create a tarnish-free finishing for a watch case in 1970. The combination of silver, black, gold, red, blue, and white colors is a bit much from a design elegance perspective, but it does make for a decidedly purposeful and retro look, which most with a sense of nostalgia (and fondness for kitsch) can appreciate. 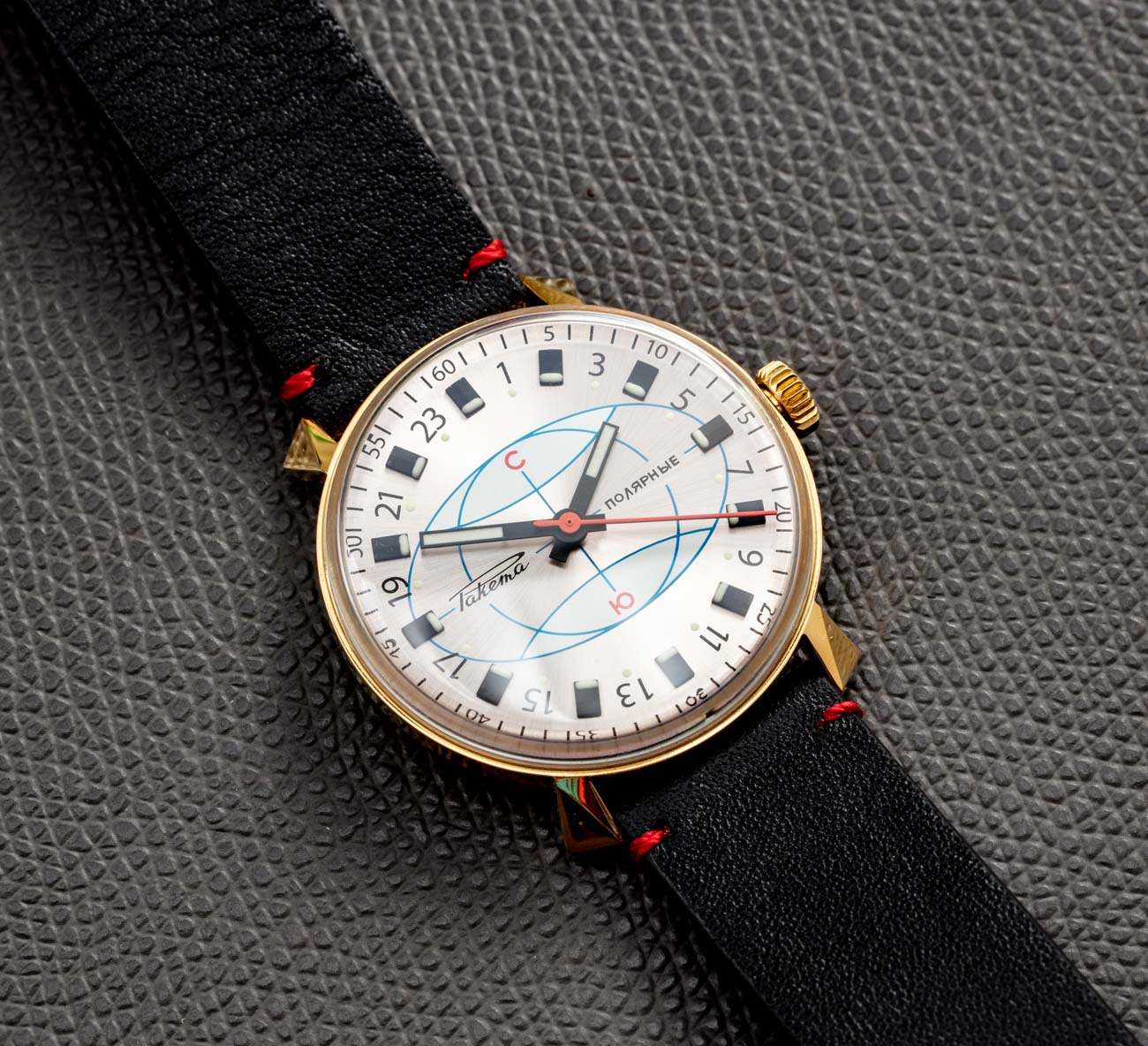 Inside the Raketa Polar 0270 is the in-house-made manually wound Caliber 2623 which, in sincere retro style, is a 16-jewel movement that operates at 2.5Hz (18,000 bph) with a power reserve of 42 hours. Perhaps the most important detail on this limited edition watch, aside from all the authentic parts and design elements, is the text on the watch case and dial. It is, of course, in Russian, but nothing at all is in English. This is one of the few times I’ve held a modern watch that had no English on it, and I can say that it is quite rare. Remember, this is because the entire idea of the Raketa Polar 0270 was for the company to recreate, as faithfully as possible, a watch from 1970. The factory still has many of the same machines, at least one of the same team members, and reportedly all of the original technical drawings. It is quite interesting to see the outcome of such a project — one that is really only done for passion and funded by the zeal of the world’s watch collectors.

Raketa has stipulated that they will only produce 200 pieces of the limited-edition 2020 Raketa Polar 0270 reference W-09-11-10-0270 watch. The story of the re-issue pieces is compelling unto itself, but what really makes this  timepieces a watch guy’s watch is the backstory and authentic use in obscure professional scenarios. That, plus the unique design of the watch, will provide more than enough consumer interest. Raketa has a lot more “commercial” watches that they make, with pieces like the Polar being among the brand’s more uncommon limited-edition pieces. Price is 1,400 Euros (pre-order price is/was 1,120 Euros). Learn more at the Raketa website here.

Necessary Data
>Brand: Raketa
>Model: Polar 0270 reference W-09-11-10-0270
>Price: 1,400 Euros
>Size: 35mm-wide, ~12mm-thick, and approx. ~40mm lug-to-lug distance.
>When reviewer would personally wear it: Probably when among Russian natives who might have nostalgia associated with the watch brand and perhaps this specific model.
>Friend we’d recommend it to first: Watch collector interested in obscure vintage professional or Soviet watches.
>Best characteristic of watch: Story of the watch’s recreation and original purpose are really compelling. Unique take on the “vintage re-issue watch” separates this from other watch industry vintage-themed products. Uncommon design that has real historic significance. Hard to find modern watches at this size with a 24-hour dial (for those who are seeking one).
>Worst characteristic of watch: Price is fair for the work that went into it, but those who get this timepiece will need to understand that the theme of this watch will not make it feel as sturdy or durable as many other truly contemporary watches.