“This might be the best piece of art y’all have,” says rapper Birdman (aka,”Baby,” aka Brian Williams) in regard to a diamond encrusted Chopard watch that he is receiving for the first time in the above video. Taken last summer (I believe), you have an intimate look at the mentality and desires of this type of high-profile timepiece buyer. Aside from being extremely amused by the interaction, I am quite fascinated by the whole thing.

Birdman is considered to be the second most wealthy rapper in history behind Jay-Z. A lot of his money came not only from performances and record sales, but also lucrative business deals with other record companies as well as his own record company “Cash Money Records.” 41 years old in 2010, Birdman is known for having a distinct love of fine things and in many sense epitomizing the “rapper ideal.” His music often promotes unrestrained spending of money, as well as exaggeratingly lavish lifestyles.

Listen carefully to his thoughts on the watch after buying it. While Birdman is almost always seen with a watch, he is clearly not a seasoned watch expert. His two major concerns for the watch are this it is heavy, be very blingy, be foreign, and have exclusivity. He almost balks at the notion that the watch he had specially made for himself is not unique. It isn’t. One other watch like this exists and is owned by Elton John. John, another well-known watch lover has had various partnerships with Chopard. There is an Elton John line of Chopard timepieces (ironically mostly for women), and then there are items like this.

What Elton John and rappers have in common is a taste for the highly ostentatious. This very large 18k white gold watch is totally covered in diamonds with an alligator strap and moving “$” motif and diamonds set in white gold sandwiched in the dial between two sapphire crystals. Is wearing a large dollar sign that moves around freely on a watch dial good taste? Oh god no. If you want to show people that in defiance of all things good taste “you’ve made it,” then this here is the timepiece for you. 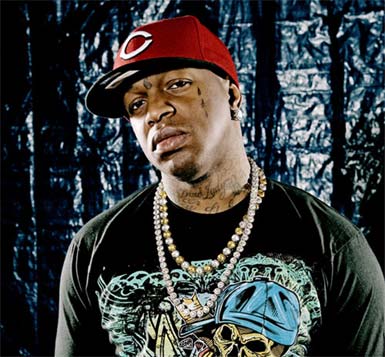 Note the underbelly of the watch with the exposed automatic movement. It doesn’t even appear to have much decoration. That is likely due to the fact that this audience simply perhaps isn’t trained (for the most part) to appreciate movements. Though I could be wrong and the movement plate is covered with diamonds! The movement is more than likely a base Swiss ETA. Telling the time is not exactly el primero on the list of important things to do while wearing the watch. And of the design of the watch? Well really, what can I say. It is what it is. Blingy, showing, large, full of angles to show off the diamonds. It has a sort of rugged masculinity to it, and feels as unpolished as the people wearing it. A bit like the opposite of elegant. Though given the chance, you’d totally wear it around for a day.

“Straight from overseas,” exclaims Birdman. Referring to his joy that this watch is foreign. While not necessarily the case today, there is an aging sentiment that “nice things” from foreign places are “nicer.” Today most of our things are from China or other places overseas. Actually in many instances I would prefer things made in the US if possible. Sure Birdman could have used the term “from Switzerland,” but his actual terminology was more telling of the mentality of this sport of buyer.

Birdman must have enjoyed his experience with Chopard a lot. In fact, he bought another high-end Chopard watch covered in diamonds for fellow rapper and friend Lil Wayne (who is also on Cash Money Records) on his birthday. This is another pieces and said to “only” have cost him a million dollars.

Birdman is not quite about the fact that the watch cost him $1.5 million dollars. Even on his large wrists the watch looks intensely sized. How often will he wear it? Hard to say. All of his music videos have him wearing a watch. I am sure that this Chopard will show up in at least a few? Is Chopard likely to make a marketing or PR opportunity about this high-profile client? Not likely. While no doubt a highly achieved businessman in his own right, Birdman’s less than elegant on screen persona leaves much to be desired in not scaring off potential clients. No offense to Mr. Birdman, but the extensive amount of tattoos on his less than gentle visage make him look like a less put together Mike Tyson. And might Tyson is anything but “put together.” I mean really,  what does it take for one to forgo “regular teeth” in favor of gold, and the idea of extensive front neck tattoos (not to mention one between the eyes) sound like a quality idea? 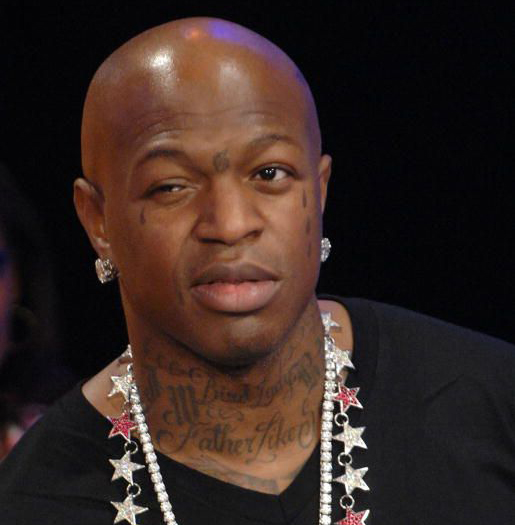 When money speaks, luxury brands listen. Chopard is known to offer its fine items to people of wealth from all backgrounds and public personas – they are a business, that makes sense. Plus, it is rare people like Birdman who have a high amount of disposable income and seemingly unquenchable desire for more and more “showy” adornments that make the “bling” industry as we know it survive. On that note, please do listen to last music video show above all the way to the end…

Thanks to John Patterson of Bathys on Facebook for letting me know about this horological episode. See Chopard Watches on eBay here.