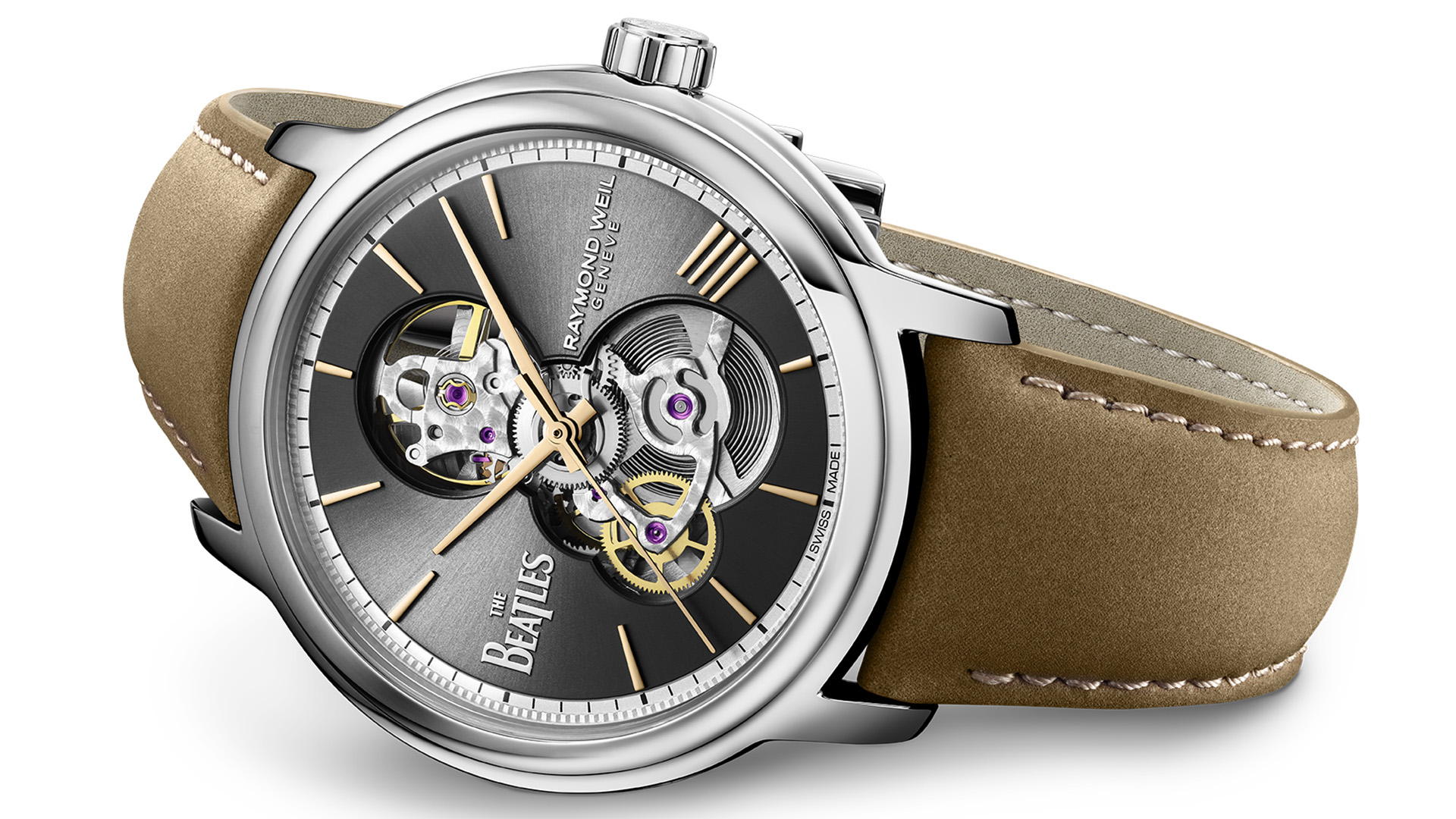 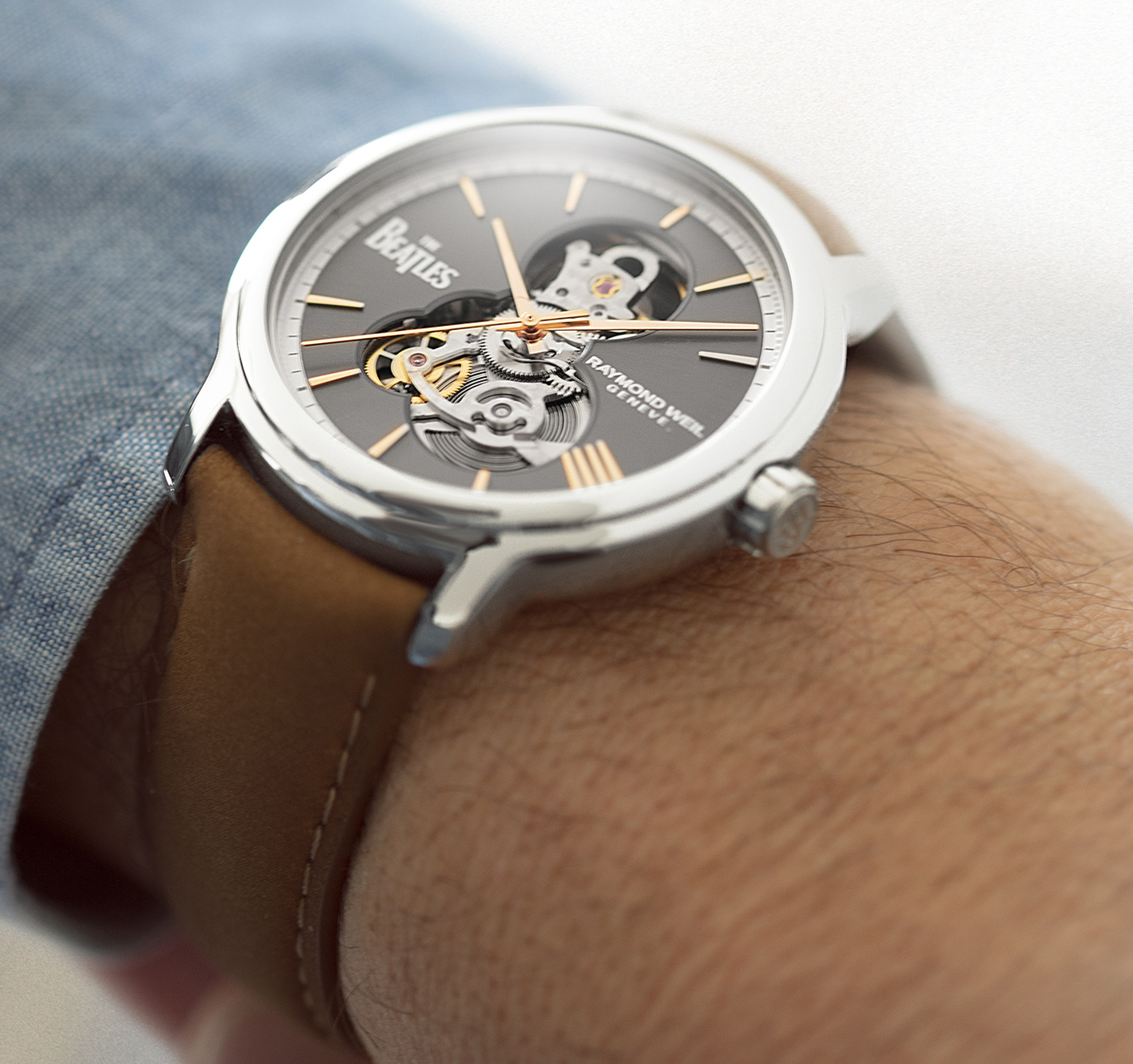 Over 50 years on from the band’s historic breakup, The Beatles remain one of the most popular and influential music groups of all time, with a reverberating impact on pop and rock music that continues today. Few watchmakers are better positioned to pay tribute to the legendary band than Raymond Weil, which has spent decades working closely with the music industry, and for its latest release the brand has announced its fourth and final limited edition watch designed in tribute to the “Fab Four.” With previous entries in the quadrilogy inspired by “Help!,” “Abbey Road,” and “Sgt. Pepper’s Lonely Hearts Club Band,” it’s only fitting that this last release pays homage to “Let It Be,” the final album to be released by The Beatles in 1970 (although not the last album the band recorded). The new Raymond Weil Maestro The Beatles Let It Be Limited Edition offers the most refined and complete look of the brand’s four Beatles-inspired releases, blending handsome design work with cleverly integrated subtle tributes to the influential group. 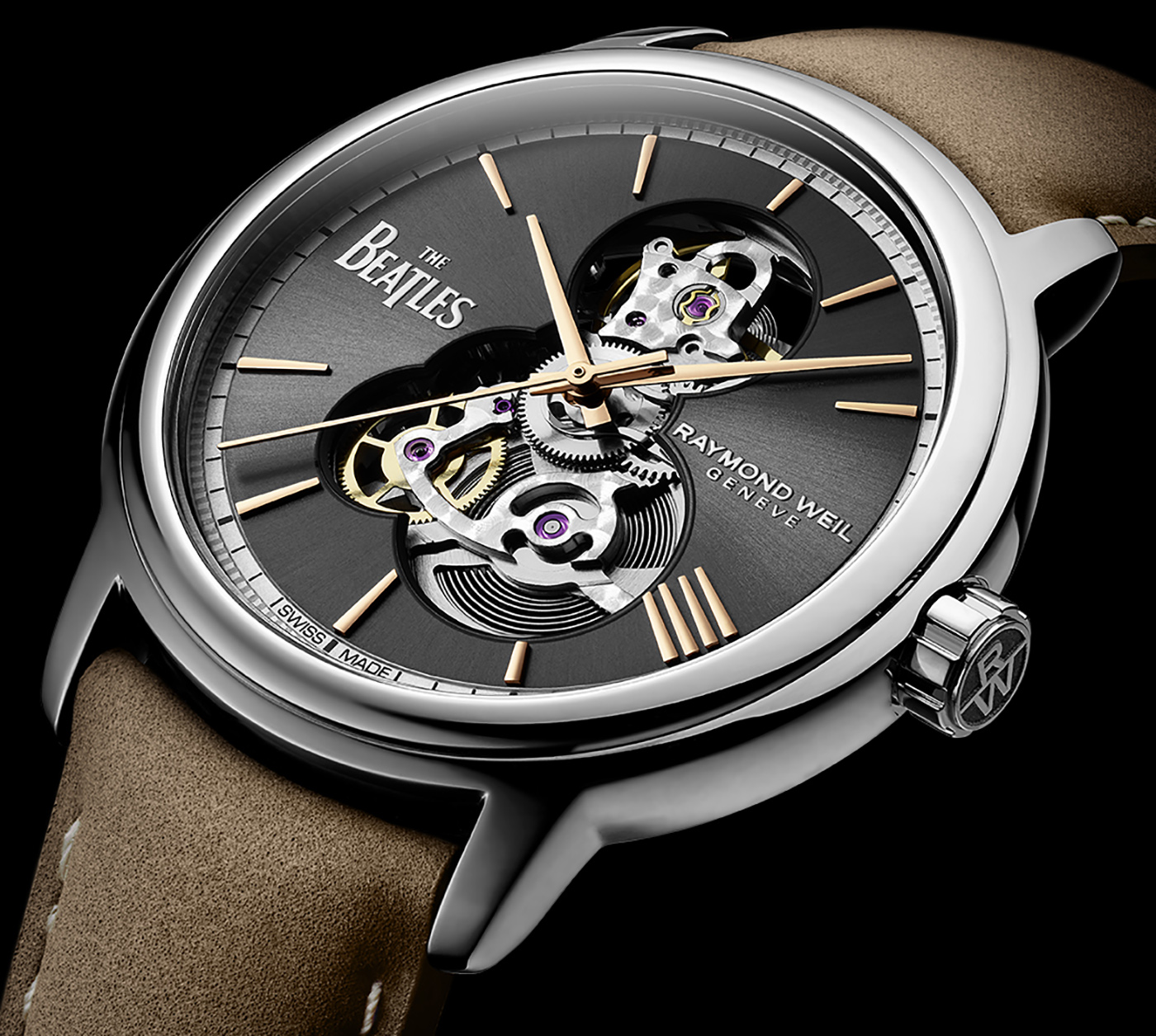 At 40mm across, the stainless steel case of the Raymond Weil Maestro The Beatles Let It Be Limited Edition should skew slightly toward the larger end of the dressy range for most wearers, but a slender 9.2mm thickness and a simple overall form keeps the look streamlined in images. By far the most distinctive feature here is the curving two-step bezel, giving the case profile a layered feel and providing a multitude of angles for the fully polished surface to catch the light. The rest of the case design is kept elemental, from the narrow straight lugs to the heavily toothed crown, allowing the semi-skeleton dial design to take center stage. The sapphire display caseback is lightly smoked to give a darker look to the movement below and topped with a printed Beatles emblem. 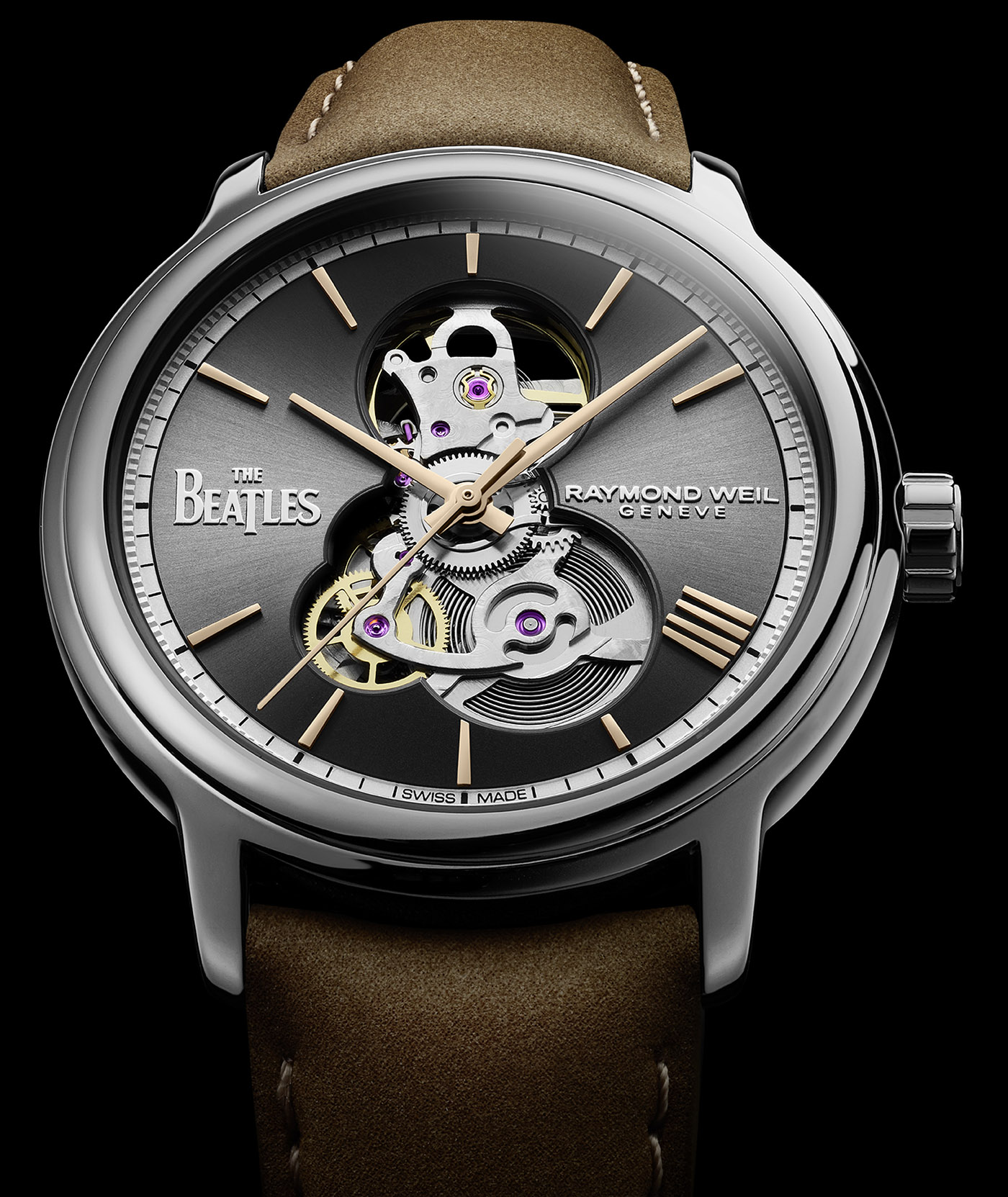 Although the semi-skeleton dial design of the Raymond Weil Maestro The Beatles Let It Be Limited Edition may feel abstract at first, nearly every design choice here delivers part of the story of The Beatles with nuance and creativity. Naturally, the skeleton window at the center of the dial immediately draws visual focus in images, and the amorphous shape serves two visual purposes. Firstly, the shape smoothly frames major movement elements like the mainspring barrel, balance wheel, and segments of the gear train, showcasing as many moving parts as possible in a limited space. Secondly, the outline forms a highly stylized silhouette of The Beatles’ native Great Britain, with the handset emerging near the band’s hometown of Liverpool. The slickly integrated storytelling doesn’t end there, however. An applied “watchmaker’s four” at 4 o’clock breaks up the rest of the set of slim single indices, in tribute to each of the band’s four members – John Lennon, Paul McCartney, George Harrison, and Ringo Starr. The simplicity of the rest of the dial, from the rose gold-plated stick hands to the anthracite gray sunburst dial surface, is designed to evoke the simpler back-to-basics approach the band used to craft “Let It Be.” Despite the large, irregularly shaped skeleton cutout, the dial of the Maestro The Beatles Let It Be Limited Edition remains rather balanced thanks to the placement and weighting of its applied nickel-plated dial text. The Raymond Weil signature at 3 o’clock is slightly lighter and narrow than The Beatles’ band emblem opposite it at 9 o’clock, which works to counteract the asymmetry of the skeleton window somewhat. 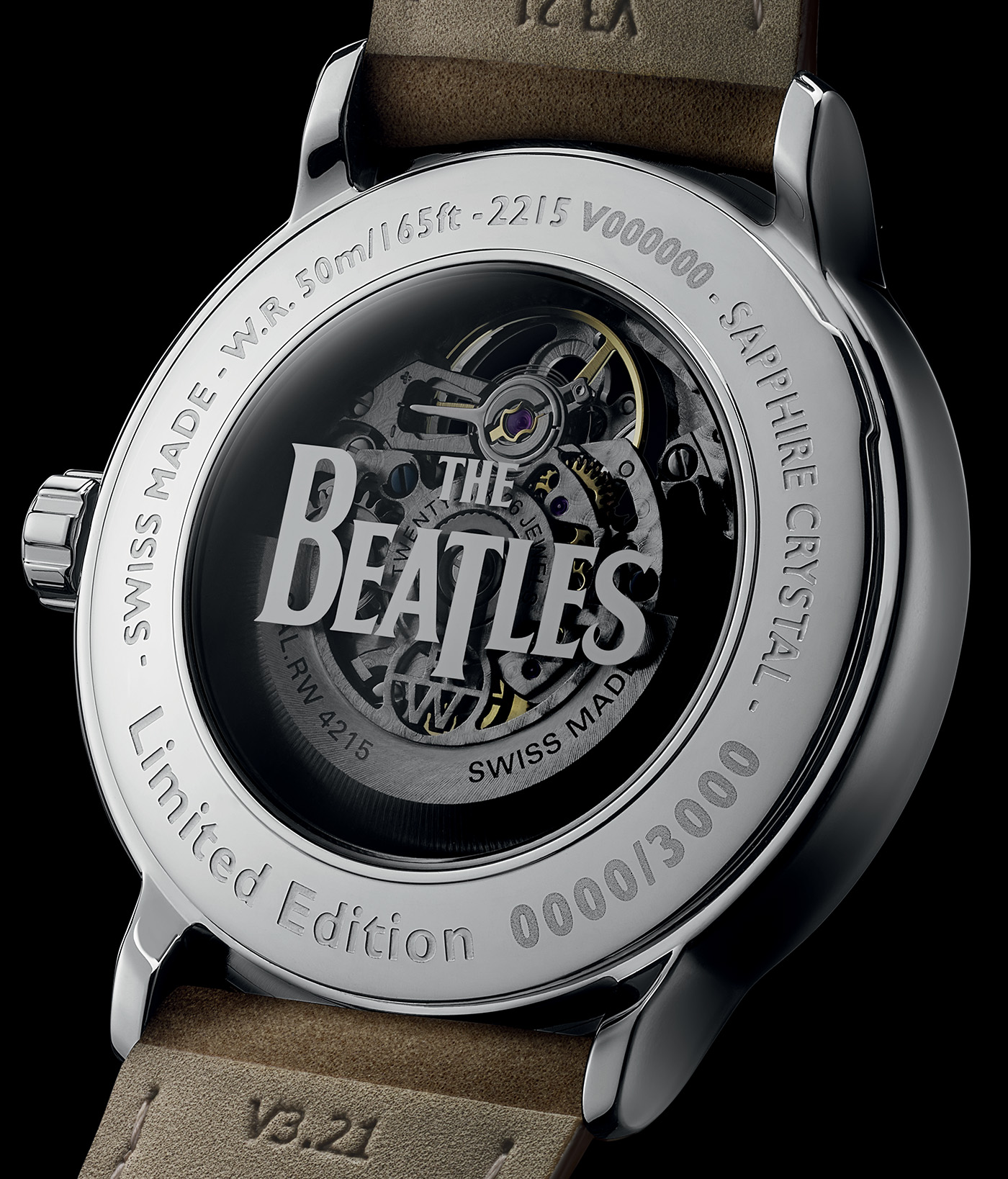 Raymond Weil powers the Maestro The Beatles Let It Be Limited Edition with the Sellita SW200-based RW 4215 automatic movement. In terms of finishing, this version far outstrips the base Sellita variant, with skeleton bridges, blued screws, and extensive perlage visible through both the caseback and the skeleton dial window. While the aesthetics of this movement may be upgraded, however, the performance remains underwhelmingly bone-stock, with a meager 38-hour power reserve at a 28,800 bph beat rate. Raymond Weil pairs the watch with a nubuck-effect vegan strap, featuring a light brown tone and fuzzy texture that calls to mind John Lennon’s iconic coat from The Beatles’ last-ever live performance on the rooftop of Apple Corps in London on January 30, 1969. 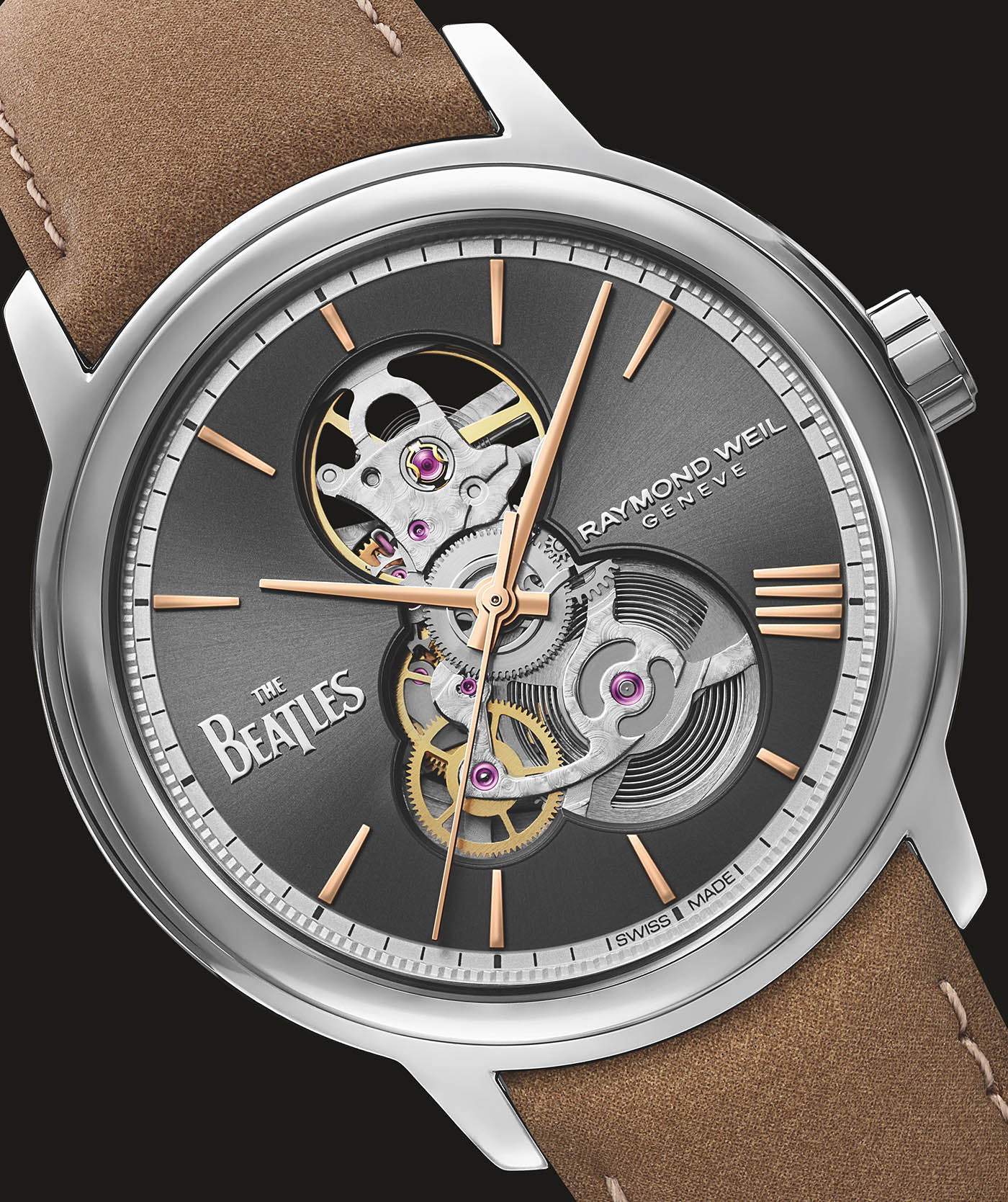