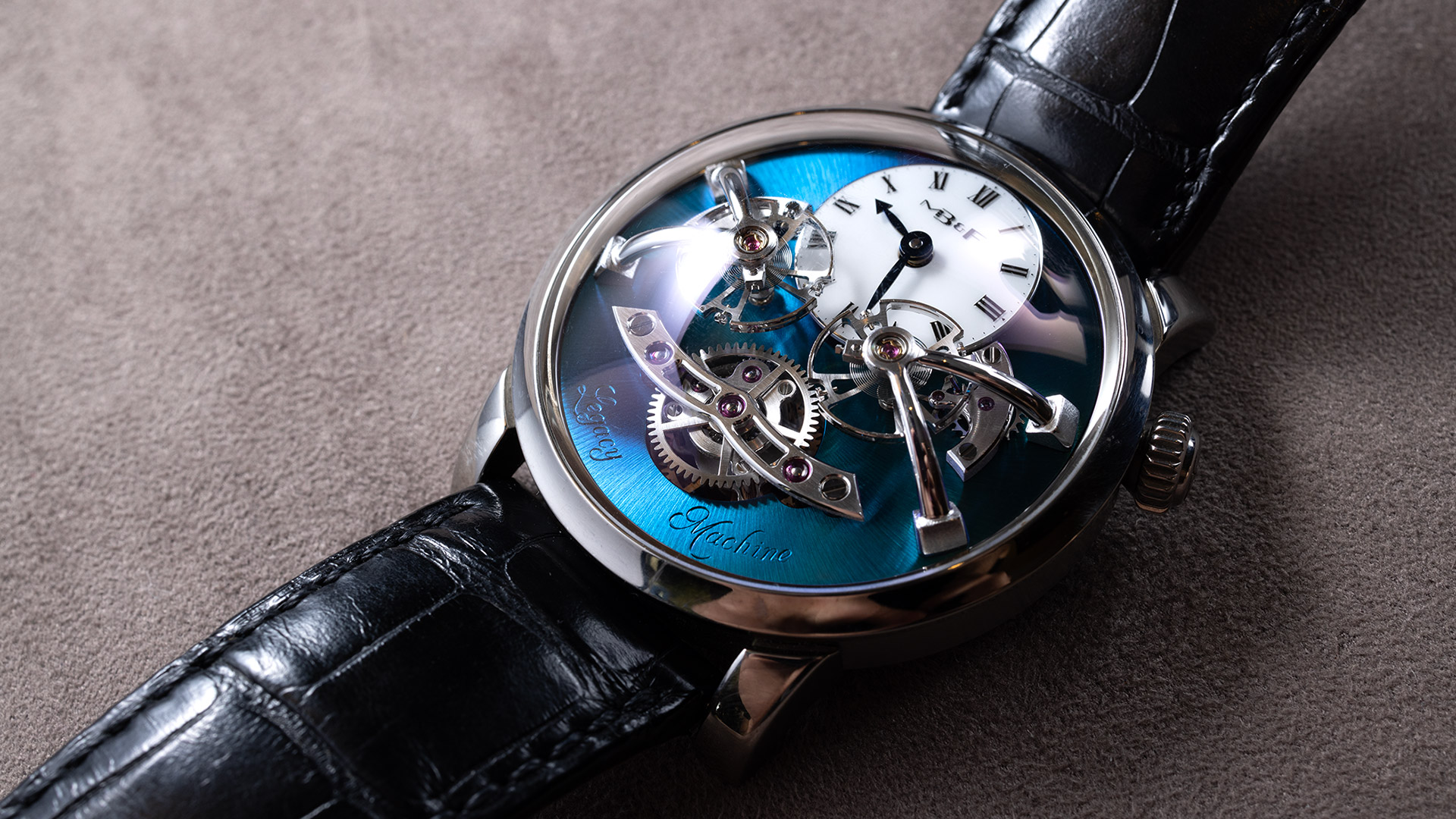 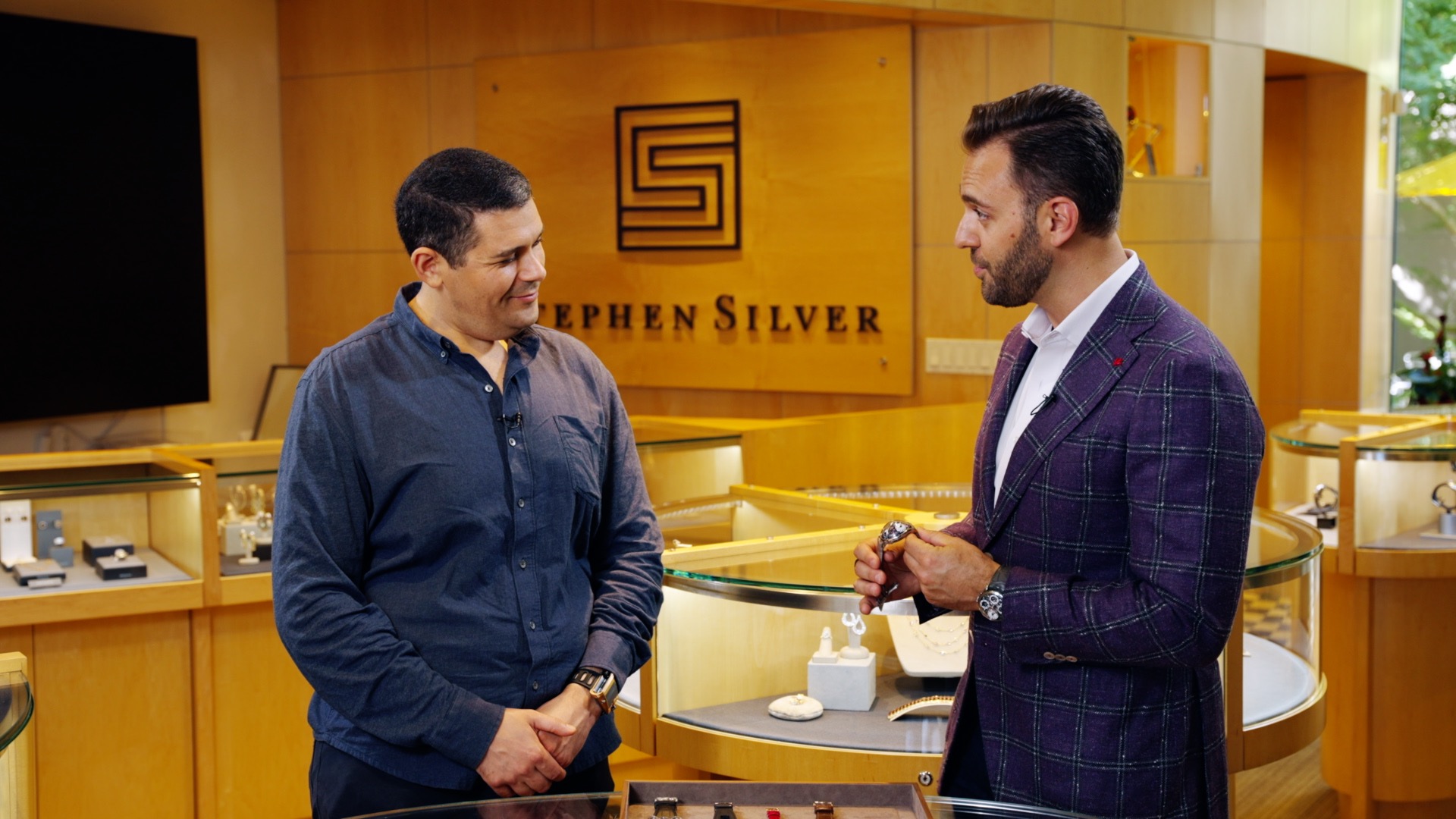 Welcome to the second episode of a three-part interview series with Ariel Adams of aBlogtoWatch and Jared Silver, President at Stephen Silver (SH Silver), a family-owned luxury watch and jewelry retailer based in Menlo Park, California. In this installment, the two take a deeper look at Swiss watch brand MB&F, a brand known for its visually striking, playful, and impressively technical horological creations.

Stephen Silver is one of the very few authorized dealers of MB&F in the world, and it enjoys a unique relationship with the brand given its location in Silicon Valley and the large concentration of entrepreneurs and creatives in the area that resonate with the journey of MB&F founder Maximillan Büsser in building his company over the last nearly two decades. Storytelling is, indeed, an essential part of the brand, and each of these pieces tells a story; these are not just wristwatches, but rather, wearable kinetic art.

Take, for example, the MB&F Horological Machine No. 5. Modeled after a Lamborghini Miura, this piece is a charming nod to Büsser’s early car designer aspirations: The movement represents the engine, mounted into a water-resistant chassis (this is the first MB&F reference with substantial water resistance), with a prism that serves as a time-telling dashboard. And, of course, the louvers on the rear not only articulate but also allow for light to enter the watch and charge the luminant material on the dial. The result is a unique and fun watch, made all the more accessible by the story behind it. 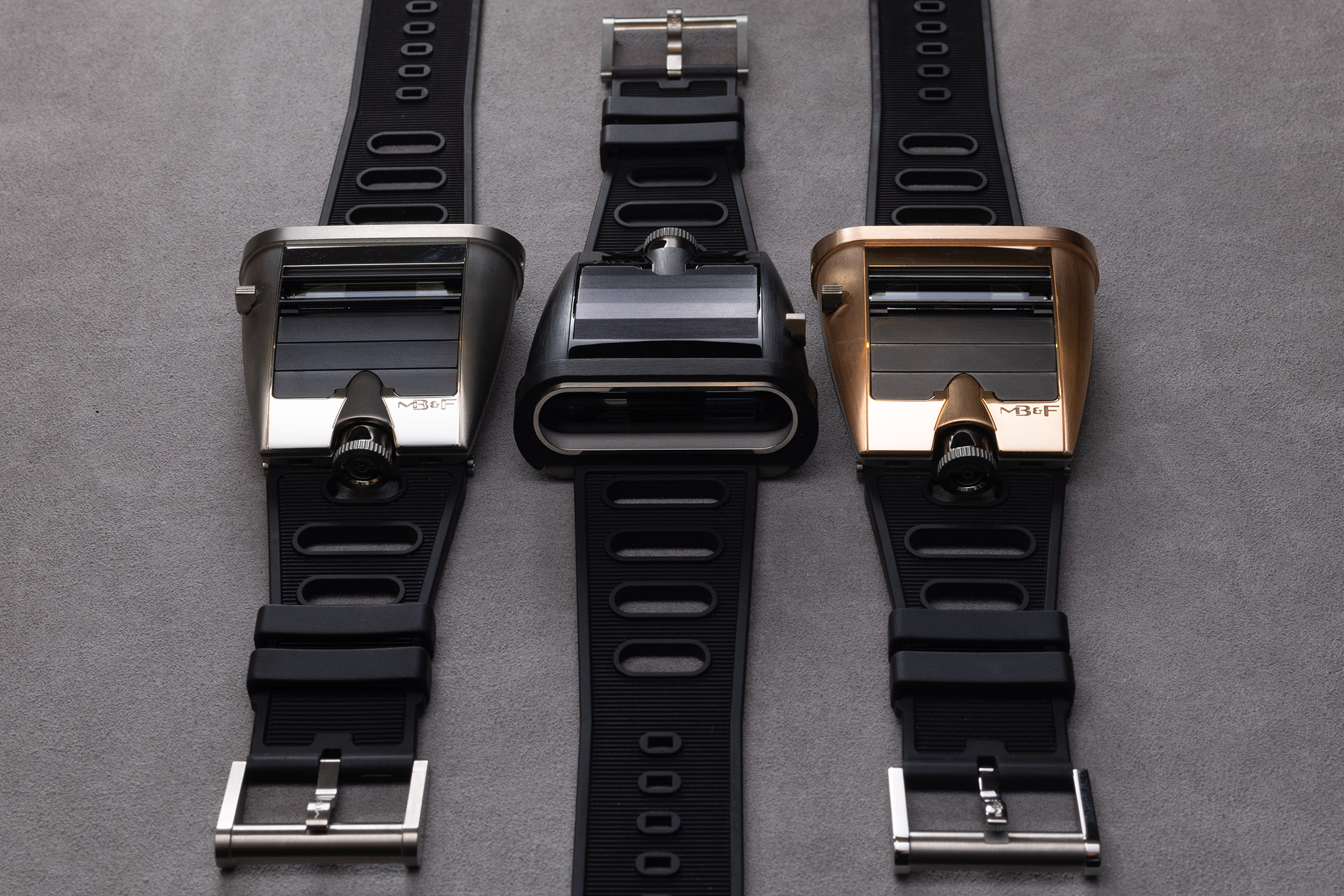 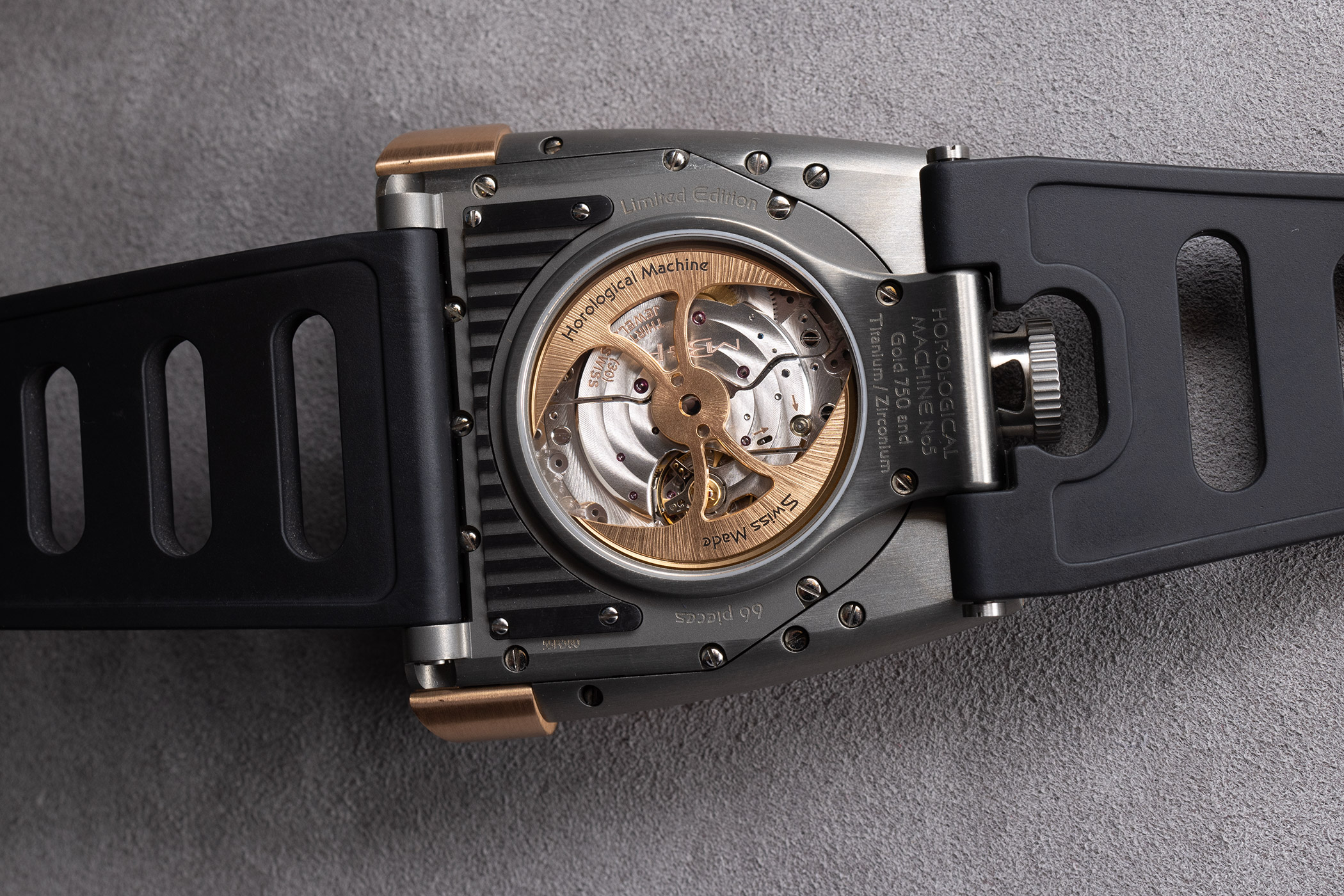 The MB&F lineup can be divided into two main collections: Horological Machines and Legacy Machines. Horological Machines deconstruct traditional watchmaking elements and rebuild them into modern, often quirky creations. The brand’s tagline for these pieces is, “Contemporary machines inspired by our childhood,” and given the multitude of case shapes that resemble cars and spaceships, that description is apt. On the other hand, the brand’s Legacy Machines look to the past for their inspiration, creating timepieces that pay homage to some of horology’s earliest pioneers. One such example is the Legacy Machine No. 2, a watch that is centered around a traditional double-balance wheel construction. This watch was created by Büsser in partnership with watchmaker Jean-Francois Mojon and Kari Voutilainen, and speaks to the collaborative spirit embodied in the very name of MB&F: Max Büsser & Friends. 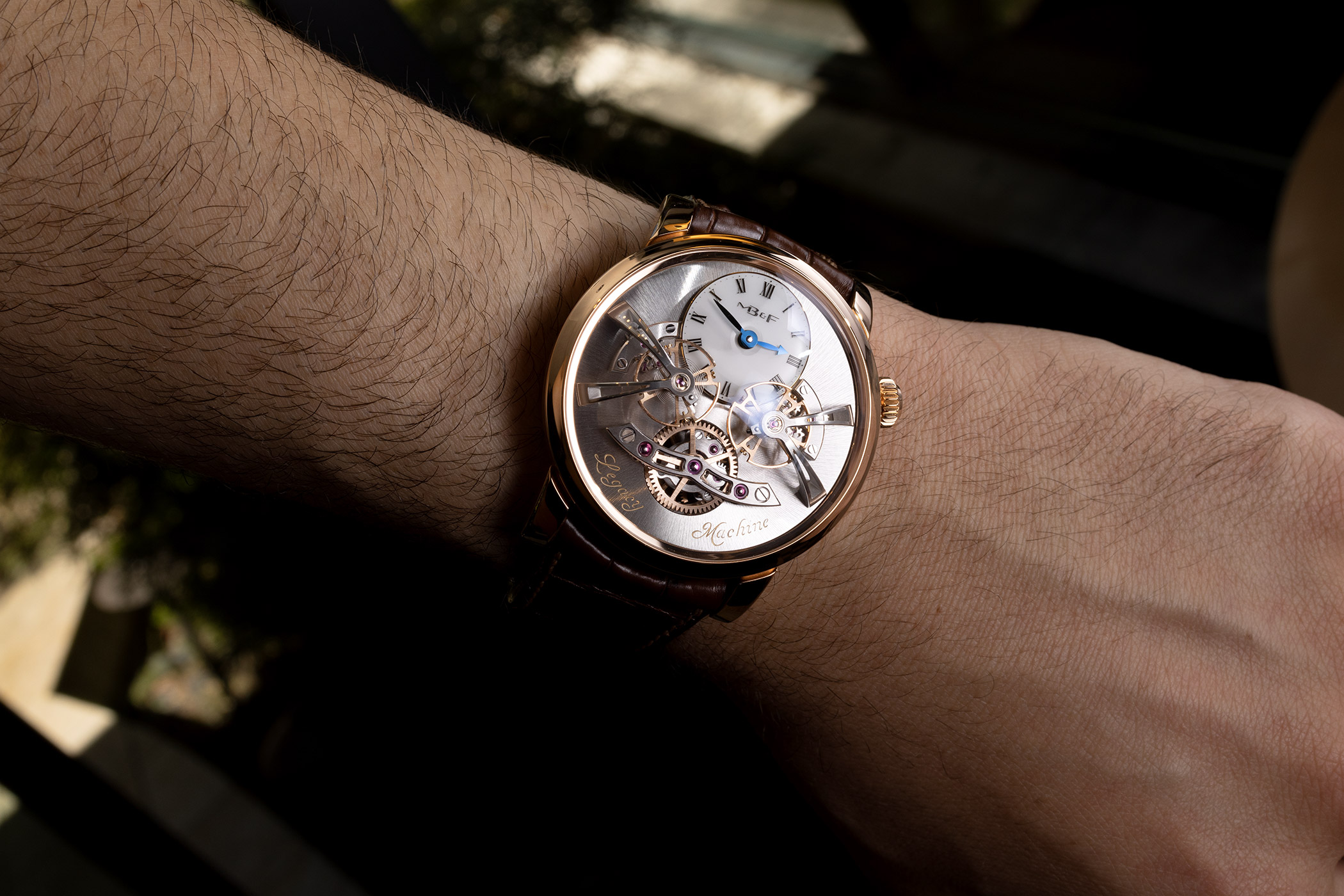 Stephen Silver has built a strong collector base in the Bay Area, and the particular enthusiasm for MB&F is clearly reflected in the waiting list for some references that stretches into 2025. However, the important thing for enthusiasts to know is the importance MB&F places on its relationships with customers, both for new and pre-owned pieces. As such, Stephen Silver is clear about its desire to facilitate this process for interested collectors. To find out more about MB&F and to see some of the pieces available at Stephen Silver in Menlo Park, please be sure to visit the Stephen Silver website here.