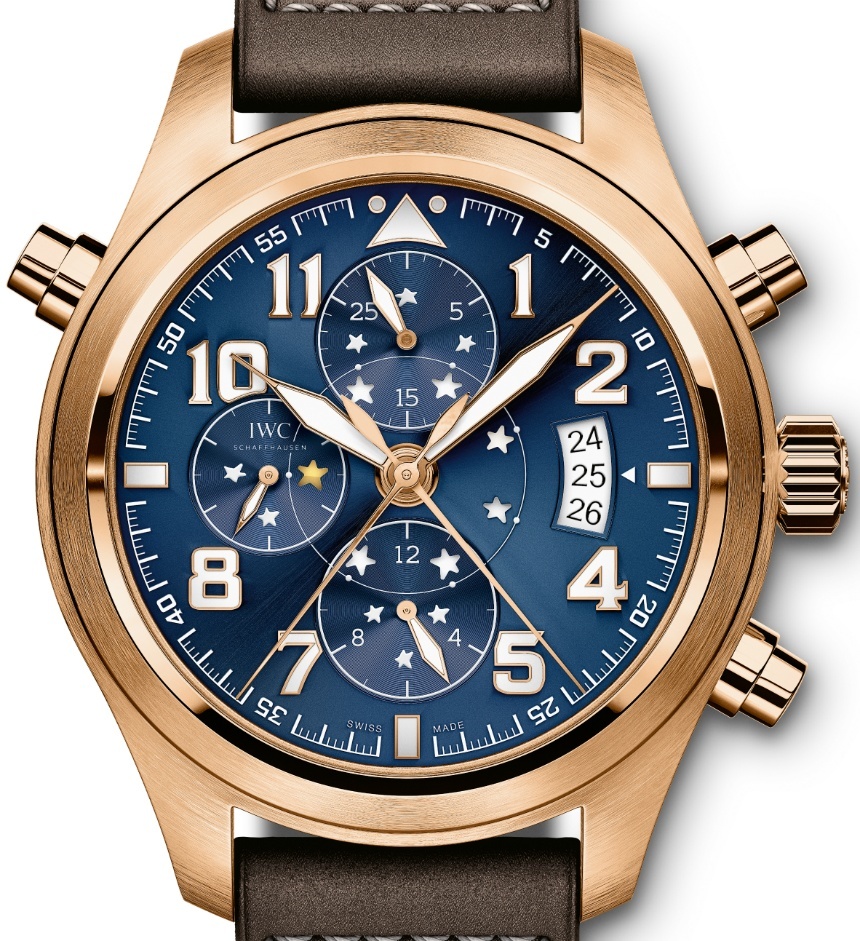 As part of their sale of Important Watches this year, Sotheby’s is auctioning off a unique red gold IWC Special Edition Pilot’s Watch Double Chronograph Edition “Le Petit Prince.” We took a look at the stainless steel version of the children’s book-inspired watch, and this special version is being auctioned to benefit the Antoine de Saint-Exupéry Youth Foundation.  Antoine de Saint-Exupéry was, along with being the author of The Little Prince (Le Petit Prince, en Français), an avid pilot who penned numerous books about the subject. 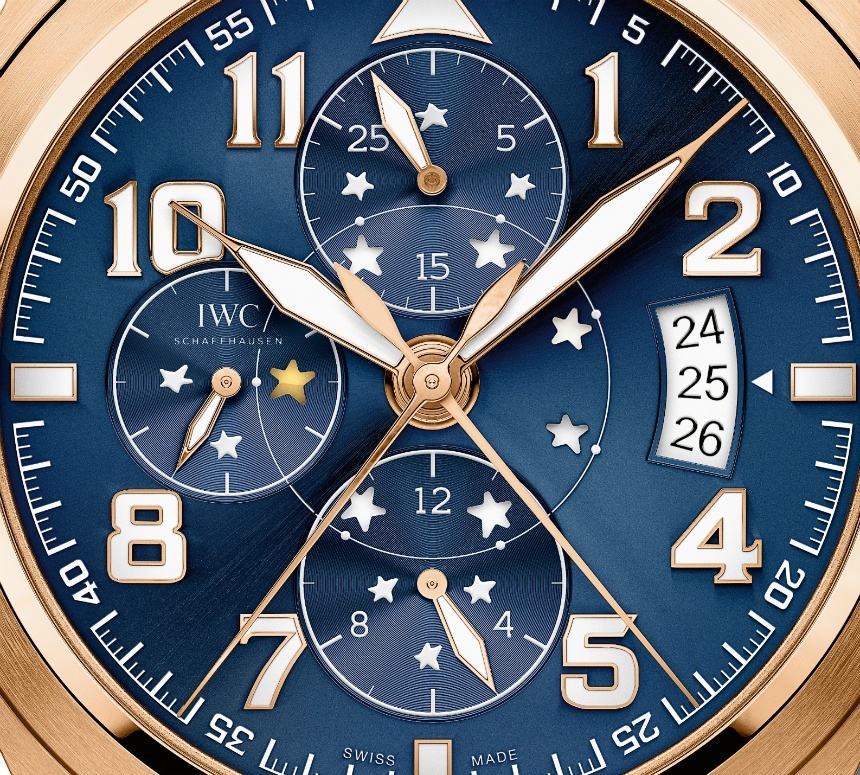 It’s hard not to find the “Le Petit Prince” watch attractive, and in red gold it’s downright beautiful. The blue face with seven stars has, just like in the stainless steel model, a gold disc which “illuminates” a random star every day. It’s not really too practical, since you’d have to assign a star to a day- but this isn’t really a piece for practicality. Rather, the feature is whimsical and unique- much more the style of this piece. 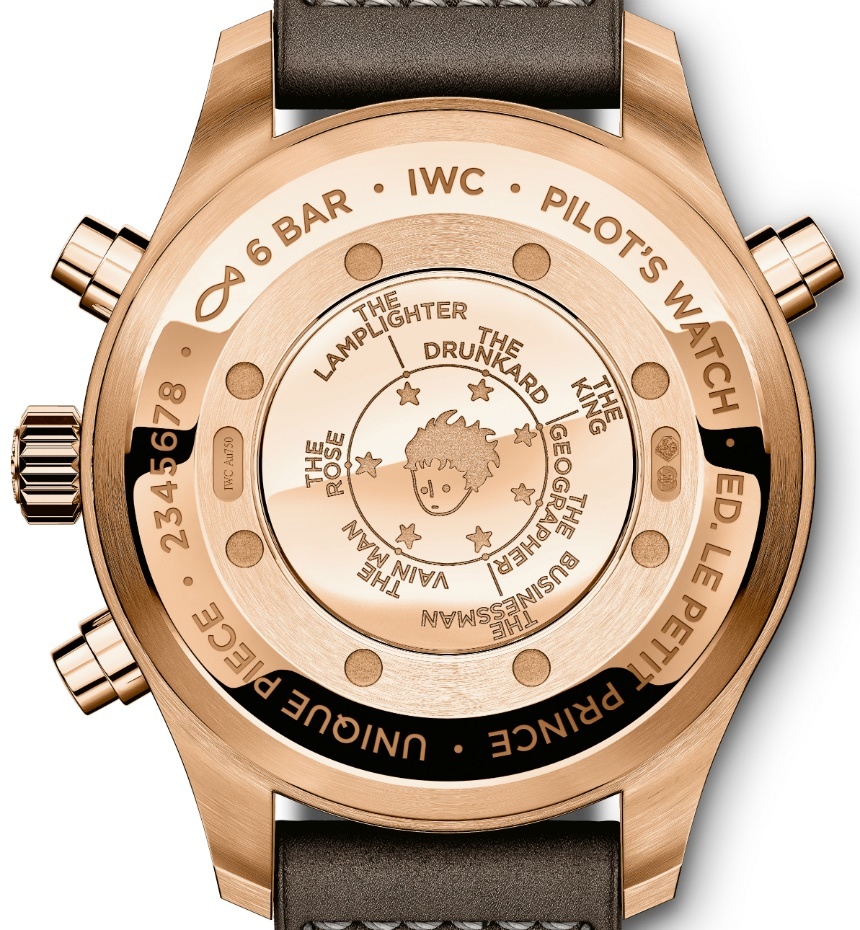 The red gold case back features the seven stars and inhabitants of the planets visited by the diminutive monarch. And, in case you forgot it’s one of a kind, the words “UNIQUE PIECE” are inscribed on the case back. Also, it comes on a brown calfskin strap with red gold pin buckle.

The watch has a 44mm case with sapphire crystal and anti-reflective coating on both sides. The calibre 79420 movement runs at 28,800 bph and has a 44-hour power reserve. It’s also got a 6o-meter water resistance rating, though we doubt the buyer will be putting this watch through a lot of diving. The stainless steel version (of which there were 1,000 made) went for $12,700. Though we don’t have an auction estimate, the suggested retail price is about 29,500 Swiss Francs for the one-off red gold version. iwc.com