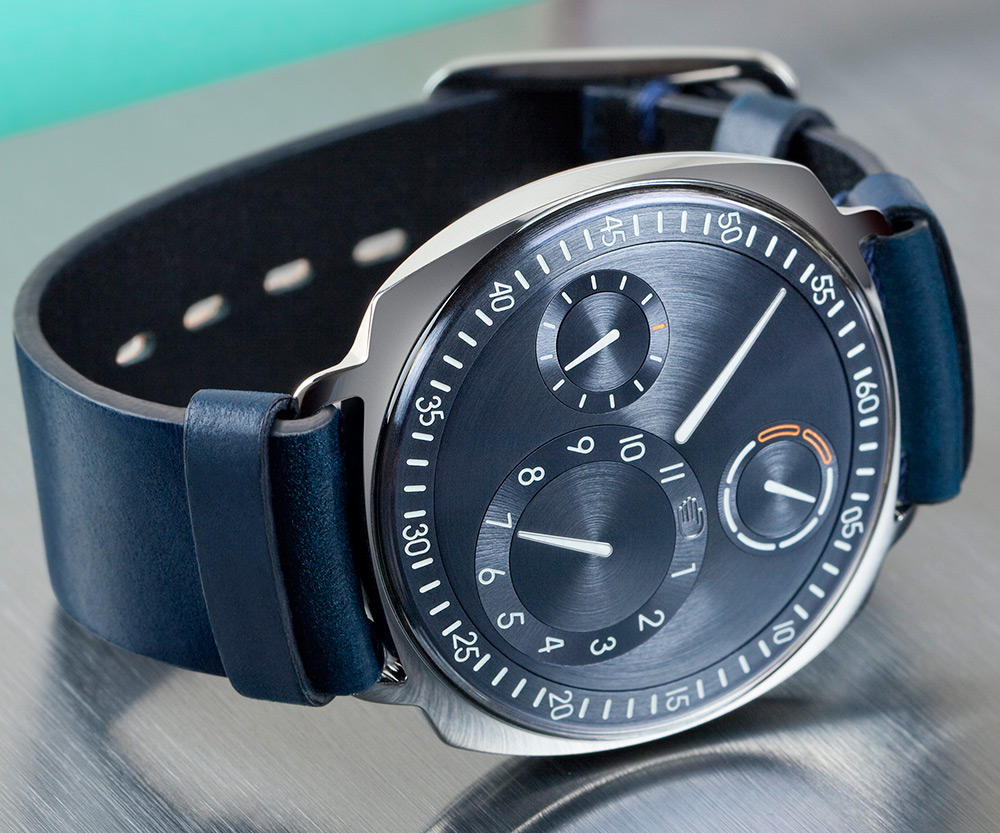 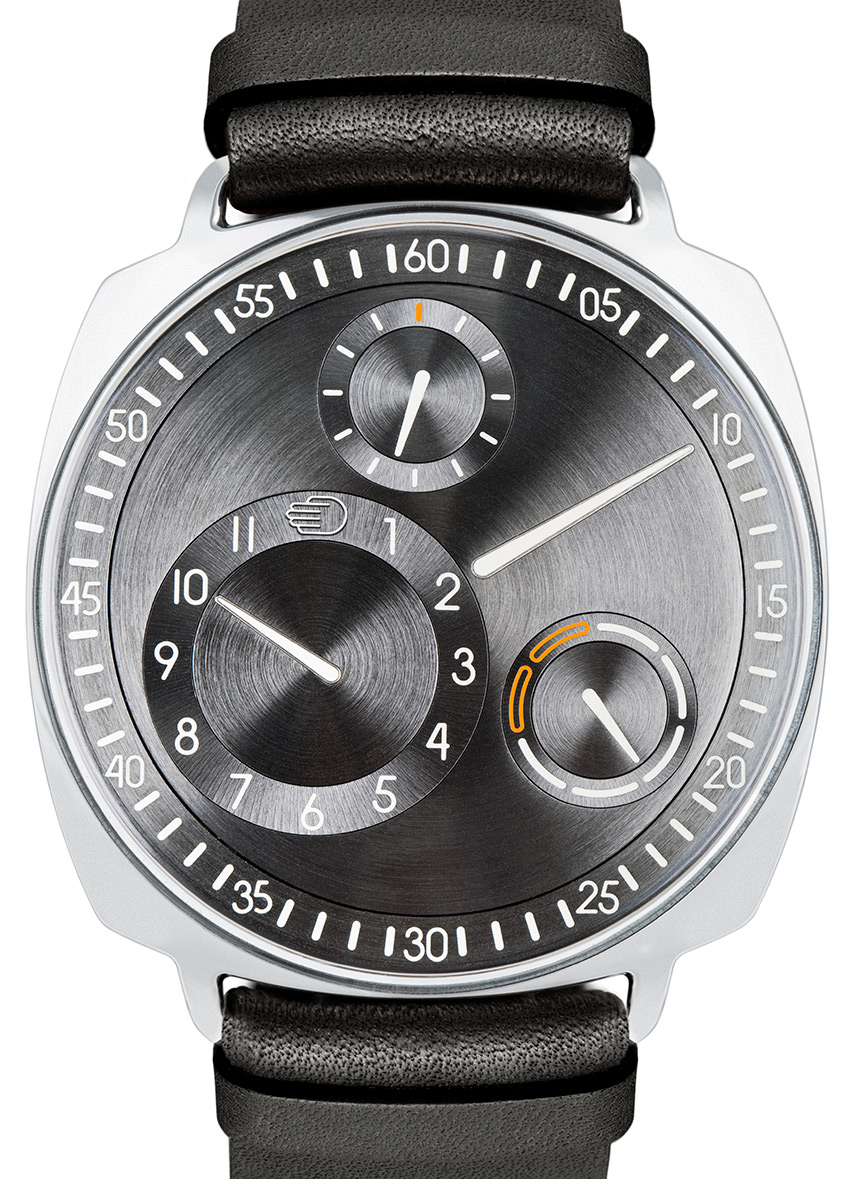 It is often said that it is the dial that sells a watch. And yet, many watch brands seem to have a relatively simplistic approach to dial design. Ressence, however, is the exact opposite. In fact, the brand even professes to design their watches from the outside in, and that makes a lot of sense when you see them. Ressence, in case you are unfamiliar, is most famous for its unique dials and the unusual way that they move. The brand calls the Ressence Type 1 Squared their first “dress watch,” and it is also notable for its cushion-shaped case. But to appreciate it better, it is best we first take a little trip down memory lane. 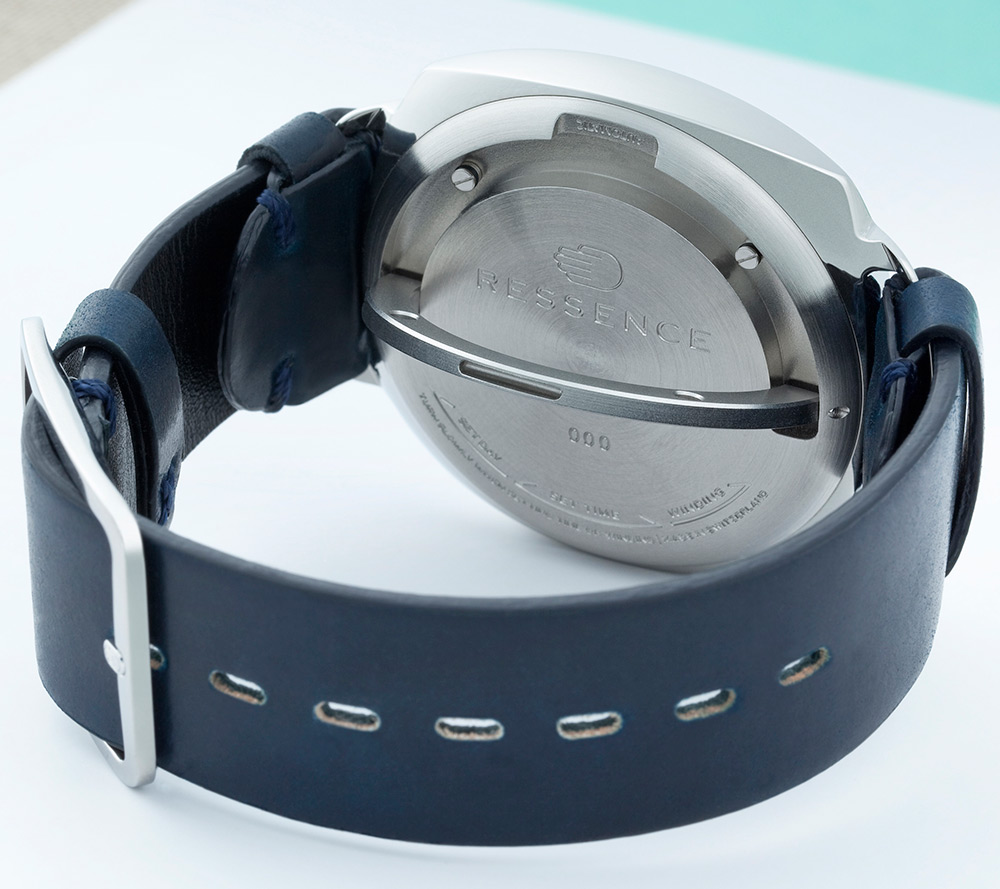 Ressence was started in 2010 by Benoît Mintiens, an industrial designer who worked on high-speed trains, aircraft cabins, and medical devices. At Baselworld that very same year, Mintiens showed off three Ressence prototypes, and it was immediately clear that we were seeing something very different. The dial, in particular, used a series of discs to display time in the way a regulator-style watch would. It was also notable for its flatness, which gave the watch a unique look. The way the dial works is based on something Ressence calls ROCS or Ressence Orbital Convex System. Since its humble beginnings in 2010, ROCS has become the backbone of all Ressence watches, and the new Ressence Type 1 Squared watch is no different.

The next major innovation came in 2013 when Ressence launched the Ressence Type 3. This watch would instruct the way future models looked. The Type 3 is more complex than the initial Ressence watches and looked even stranger. It still uses Ressence’s Orbital Convex System of discs to display time, but the dial is now submerged under a layer of oil. This results in a curious effect where there’s no distortion at all, and it seems like the dial and crystal are one. I guess the easiest way to sum it up is that the Ressence Type 3 kind of looks like it has a digital screen. Also notable about the Type 3 is that it has no crown, and this would become another hallmark of Ressence watches. 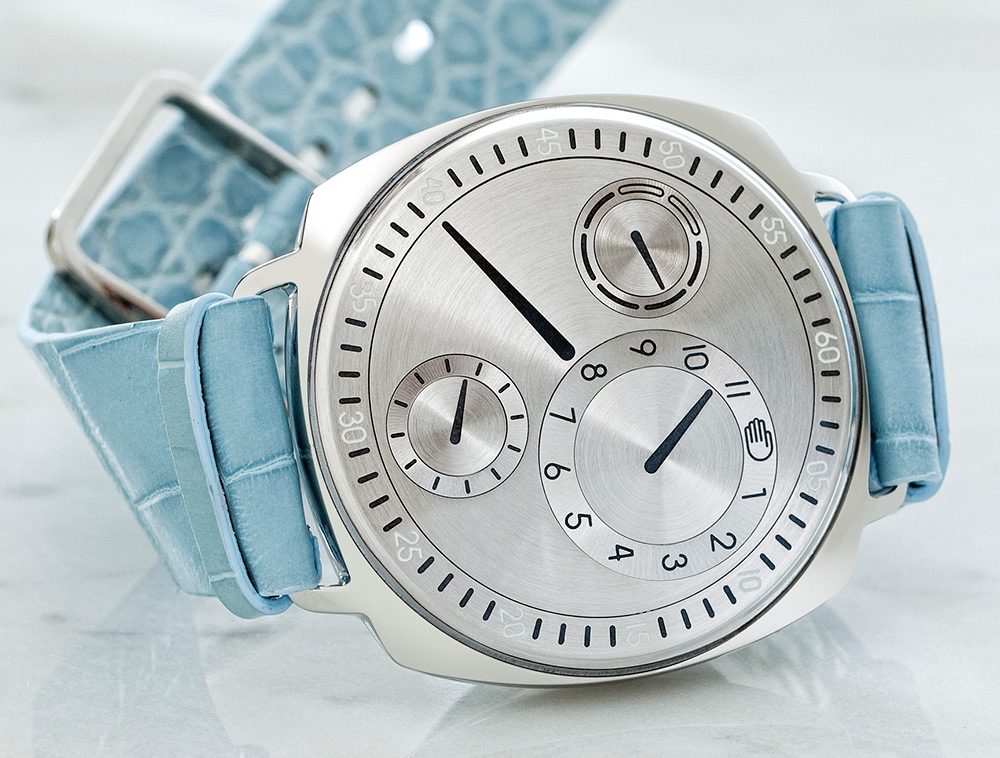 Following the Type 3 was the Ressence Type 1, which is a rethinking of the original watches that Ressence made. It doesn’t have an oil-filled display, but the other hallmarks of Ressence watches are retained, such as the crownless case and ROCS.

The Ressence Type 5 followed a year later in 2015. It is based on the Type 3, but was developed to function as a diving watch. It has a beefier 46mm titanium case, is water resistant to 100 meters. And because it has an oil-filled display that is unaffected by refraction, it also earned the distinction of being the first mechanical watch that can be read underwater at any angle. 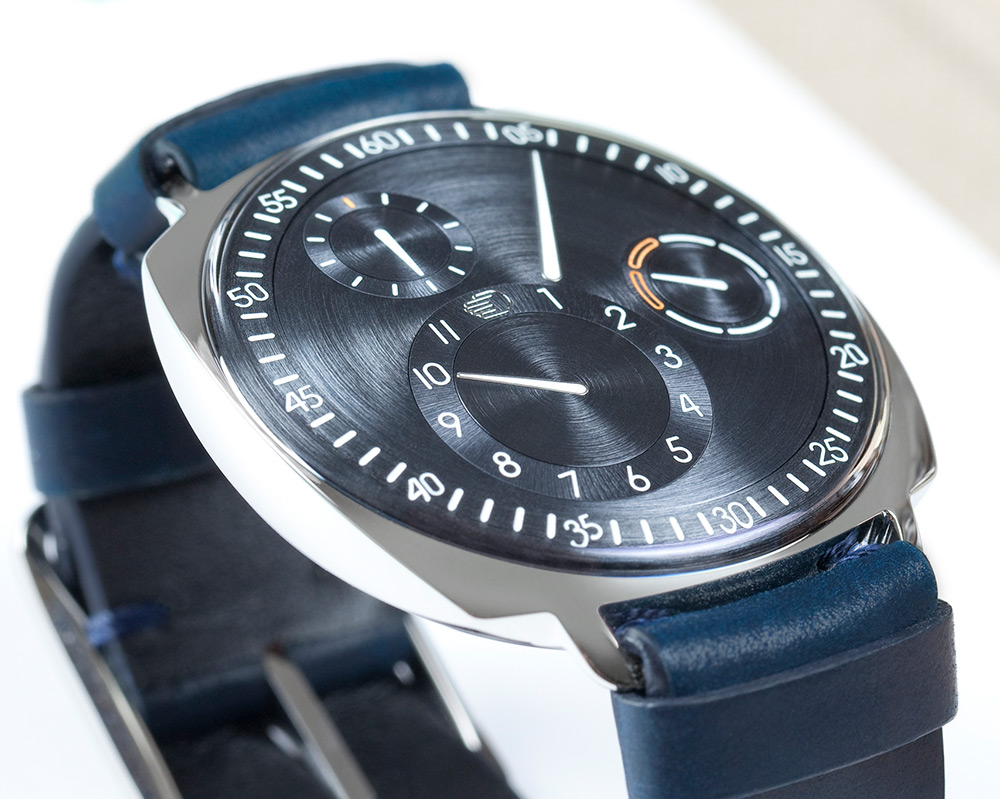 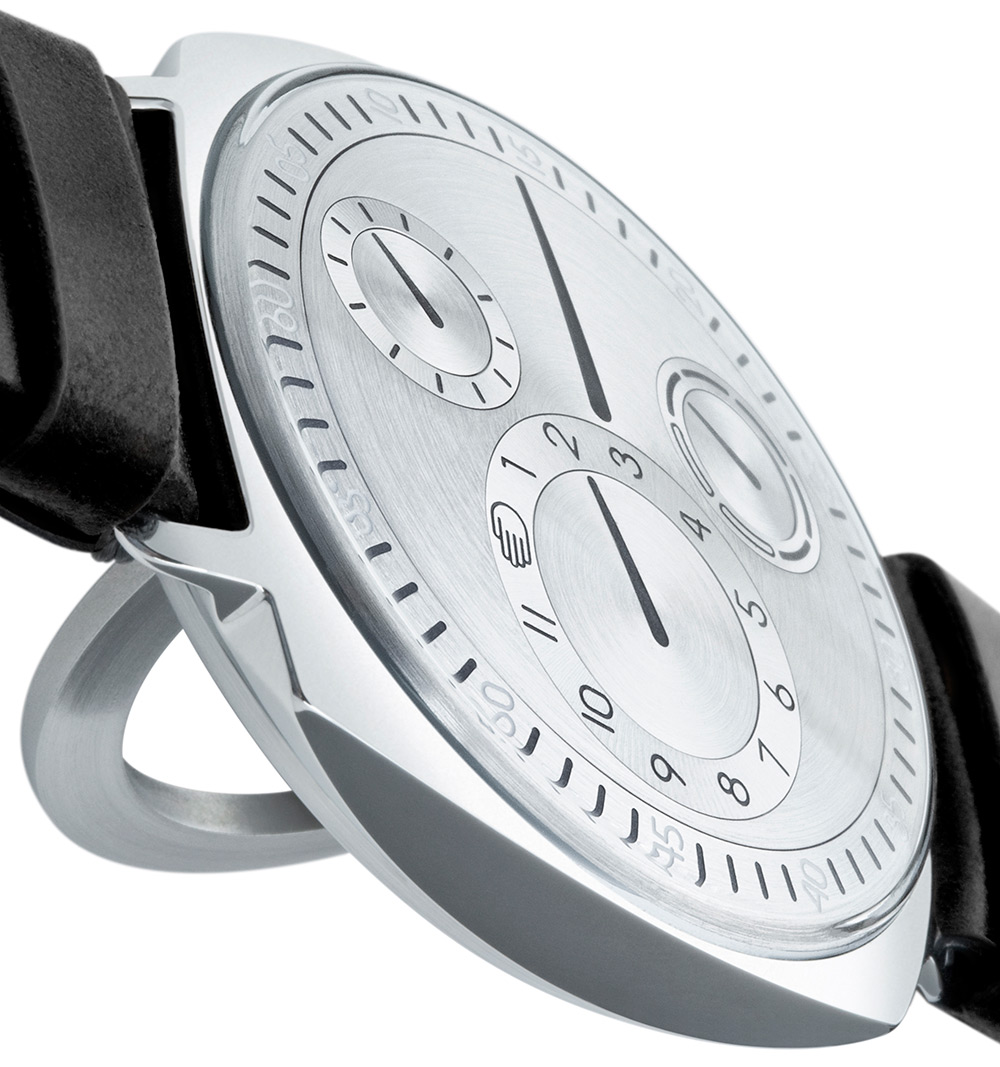 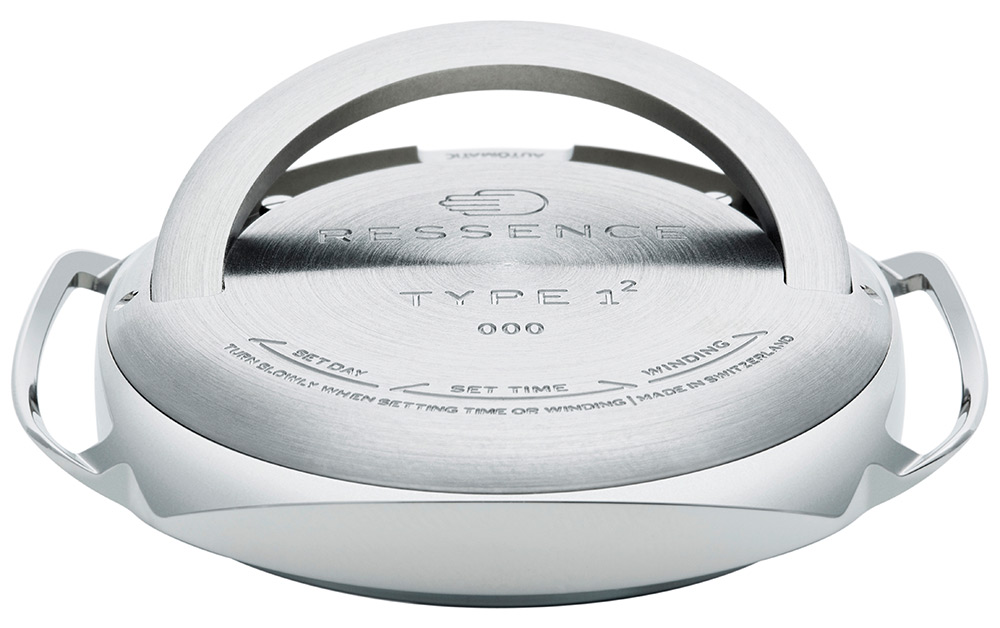 The case itself is mostly mirror polished, but the case back features a satin finish. Like the rest of Ressence’s watches, the Ressence Type 1 Squared watch has no crown and relies on Ressence’s unique case back winding system and a small retractable lever to set the time, day, and to wind the watch. The case of the Ressence Type 1 Squared also features the same integrated lugs and interchangeable strap system from the Type 3. 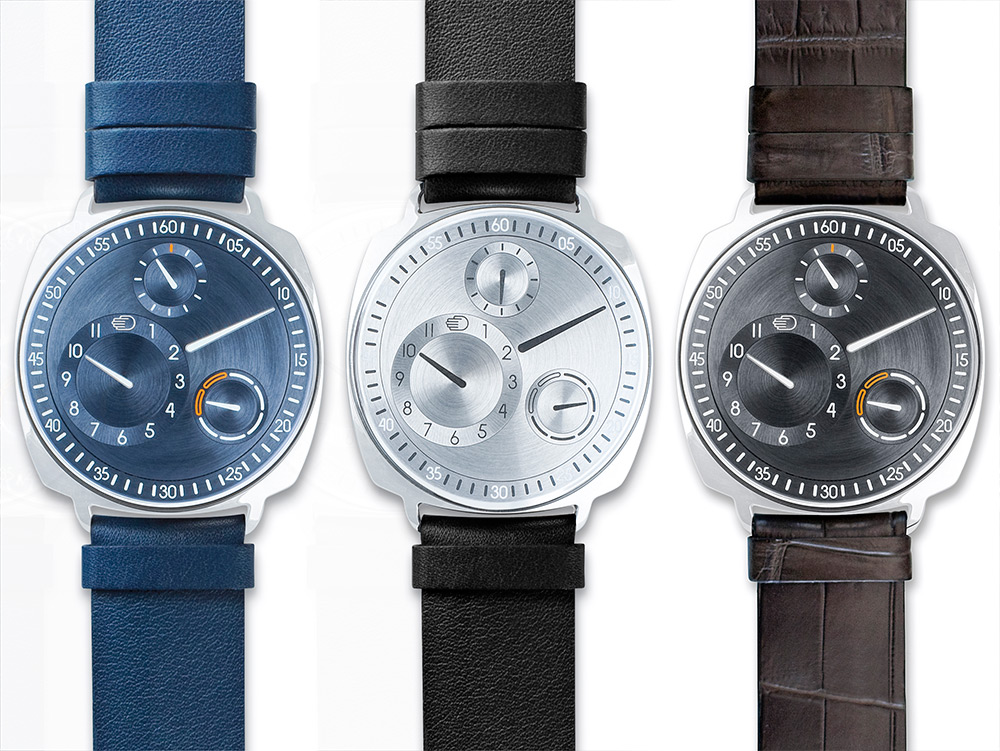 The dial is still pure Ressence and features a series of discs to tell the time and day of the week. The Ressence Type 1 Squared will come with four different dials in silver, ruthenium, night blue and champagne. It has a domed sapphire crystal with anti-reflective coating on both sides, but it doesn’t have a liquid-filled dial like the Type 3 and Type 5 watches. Like other Ressence models, the powering the Ressence Type 1 Squared is a highly customized version of the ubiquitous ETA-2824 automatic movement. The ETA 2824 was chosen because it provides high levels of torque, which is required to move the orbiting discs. Power reserve is 36 hours.

Taken as a whole, the Ressence Type 1 Squared is a logical evolution of Ressence’s DNA and is a fine choice for watch lovers who seeking something a little different. Fans of Ressence looking for something a bit more elegant will be delighted as well. And as one of Ressence’s more accessible watches so far, it also introduces the brand to a new and perhaps younger demographic. The Ressence Type 1 Squared is priced at $20,600. ressencewatches.com