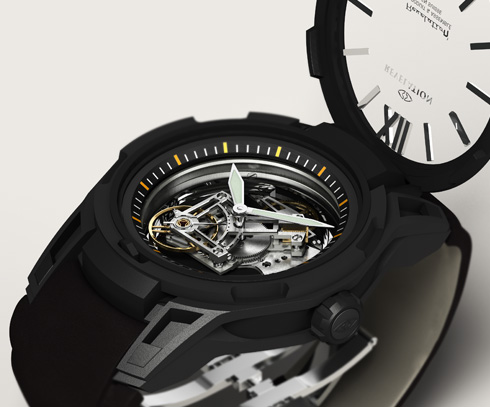 Here is something new. I just learned about Revelation watch and am rather impressed with some of the elements in this watch. When it will be ready I have no idea, but there are a few things neat about this piece. Most notable is the dial that goes from solid to clear. Meaning you can have a more traditional flat black dial with hour indicators, or one that is totally open with a view into the movement. Well, that is the basic idea at least. 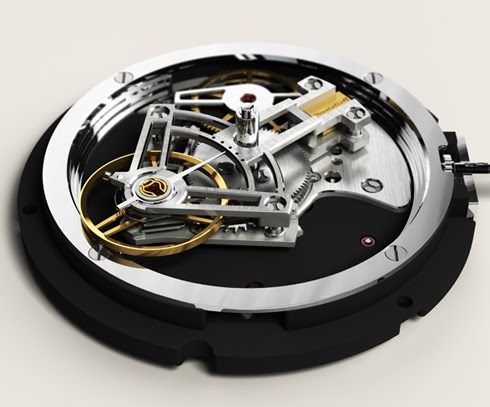 The Revelation R0-1 timepiece has a complex movement called the TM01 (which is reportedly in-house made). It is manually wound with 48 hours of power reserve and a tourbillon done a bit like the Cartier Astrotourbillon. Rather than rotating on its own axis, the large escapement moves around like a center fugue under the dial with a counterweight. Revelation calls it their “Tourbillon Menage.” The tourbillon structure is so heavy that it takes four linked mainspring barrels to give it 48 hours of power reserve. In most other watches, four mainspring barrels would offer much more power. I believe that the Tourbillon Menage rotates fully each minute. Functions for the watch are just the time. 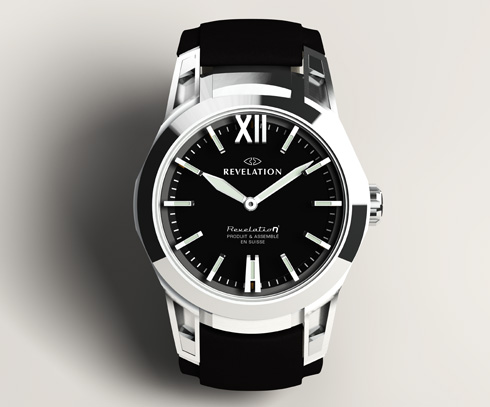 Alone, this new tourbillon complication is interesting, but for me the more interesting element of the Revelation R-01 watch is their use of specially polarized glass. Let me see if I can get this straight. If you take two pieces of glass that have been polarized in the right way, they will look transparent alone, but totally opaque when put together. I believe I have witnessed this in other applications so I understand how it works. The Revelation watch has a bezel connected to a special gear that when pulled up – rotates the two polarized sections together allowing the bottom one to be clear. This new clarity allows you to view the movement right under the dial. With the “lid” closed, you just see the hands and markers. This is done via an “Archimedes gear,” and I think Revelation is trying to patent the novelty. 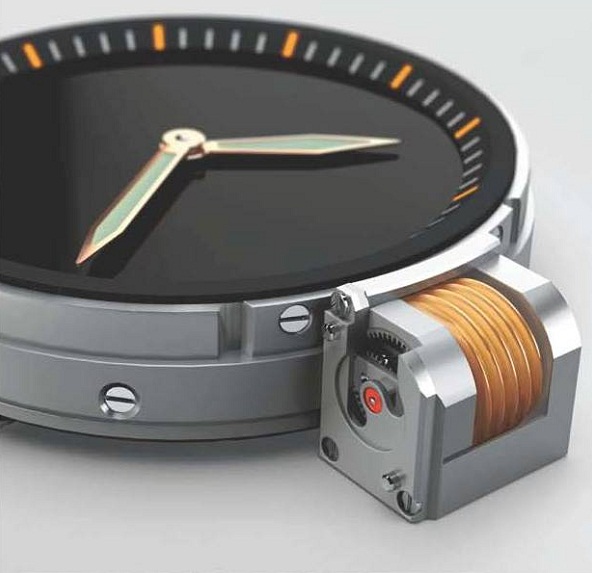 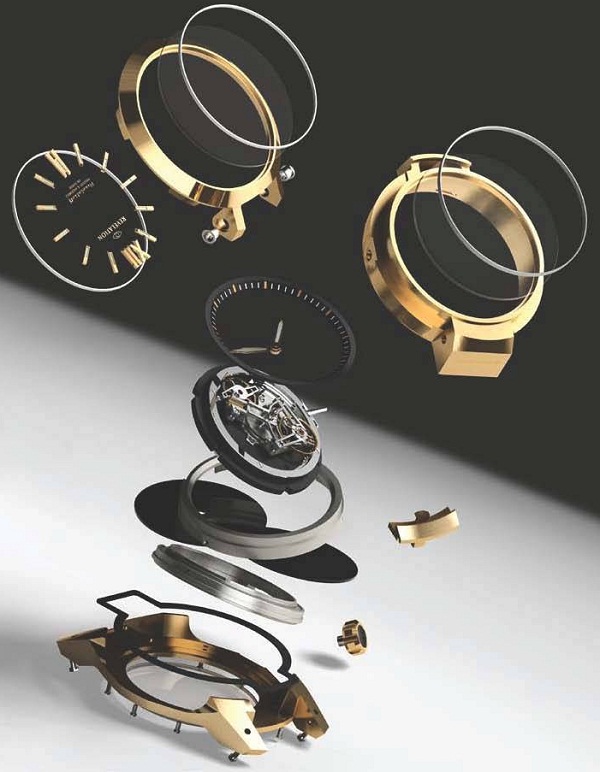 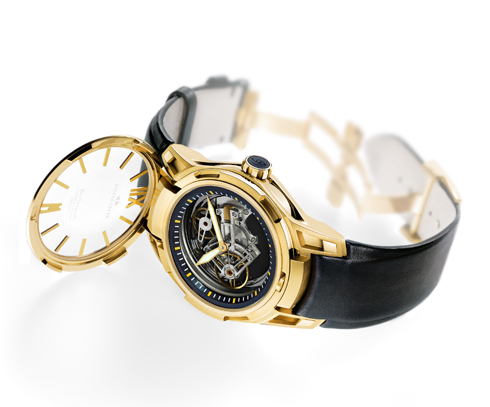 According to Revelation they created some fancy hinge that works with the bezel assembly. Even reading about it a few times I don’t entirely get it or know exactly what it does – sifting through hyperbole can be a chore. Seriously, instead of dedicated paragraphs of text to explain something, why can’t they just release a simple video? What Revelation wants, is for watch lovers to have the best of both worlds – a clear and legible dial, along with the ability to view and appreciate a movement without having to take their watch off. This is a fascinating and potentially over-complicated approach (but that is the watch industry for you).

Based on the fact that Revelation hasn’t released a lot of info on the watch case itself, I have a feeling the Revelation R-01 timepieces aren’t quite ready for prime-time yet (does the dial really need to say “Revelation” on it twice?). They indicate a few versions that will be available though, being offering in black colored titanium, 18k gray gold, 18k pink gold with black gold elements, and in 18k yellow gold. Little clarification here for the model pricing, and each will be limited to just 15 pieces: