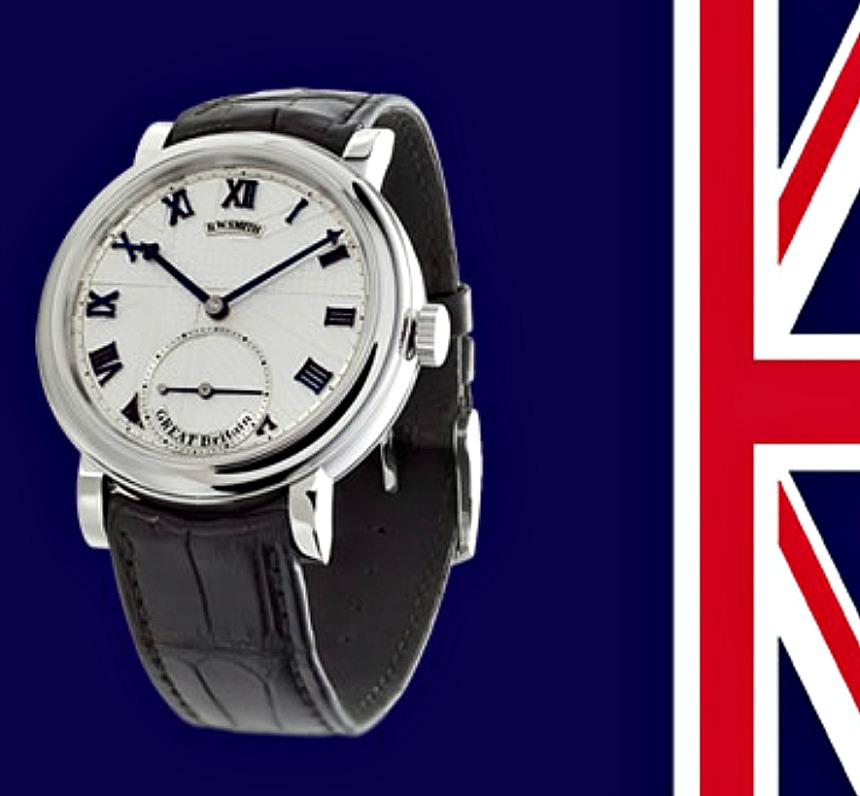 One of our favorite English watchmakers Roger Smith (Roger W. Smith) just announced that he has completed a watch commissioned by the British government for Prime Minister David Cameron’s Legacy to the 2012 Olympics. Called the GREAT Britain, this is the latest in Roger Smith’s series of bespoke timepieces produced on a made-to-order basis. The watch was commissioned by Conrad Bird, the Prime Minister’s Director of Communications in 2012. Why? It was part of the Prime Minister’s 2012 Olympic Games Legacy. Is Roger Smith late in delivering the watch at the end of 2013? No, in fact he is probably a bit early.

Roger Smith produces each watch by hand, by himself, in the most traditional of manners. He is THE protege of the famed English watchmaker George Daniels, and he lives and works on the Isle of Man located between the UK and Ireland. There is a several year waiting list for his watches and he produces two types of pieces. First are ones in his “Series” collection that are limited in production, but  are produced in small numbers. Next are his more exclusive “Bespoke Series” watches that are completely unique to the client and made to order per the customer’s specifications.

The GREAT Britain watch is one of the latter. Roger Smith has promised more details in the future, but for now here is what we know. The watch itself is likely in platinum or 18k white gold, and appears to be similar to his Series 2 watch but without the power reserve indicator (at least not on the dial). The dial features his handmade hands and a unique dial that appears to have a stylized portion of the Union Jack from Britain’s flag. The name of the watch “GREAT Britain” appears at the bottom of the subsidiary seconds dial. The watch has all applied Roman numeral hour markers that appear to be in black or deep blue. It is a very beautiful, and very stately watch that Roger Smith was extremely proud to make. Given that it was completed less than two years after it was commissioned for the Olympic Games Legacy program, I’d say that is rather speedy for Roger. He considers the commission to be the highlight of his career, not only to be fully recognized by the British Government, but to also know that one of his watches is displayed among some of the best items produced by people in the UK.

It isn’t clear who will own the watch. It is likely that the British government isn’t allowed to purchase things for individual use, so the watch will likely remain “owned” by Roger Smith and given to the government on loan for an extended period of time. If I had to put a retail value on the Roger Smith GREAT Britain watch I’d say perhaps £150,000. rwsmithwatches.com