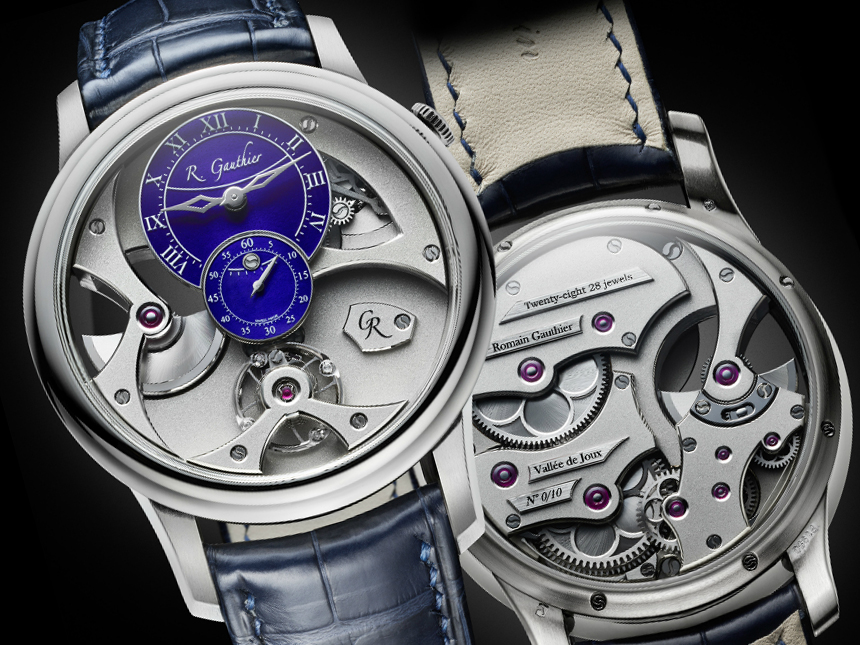 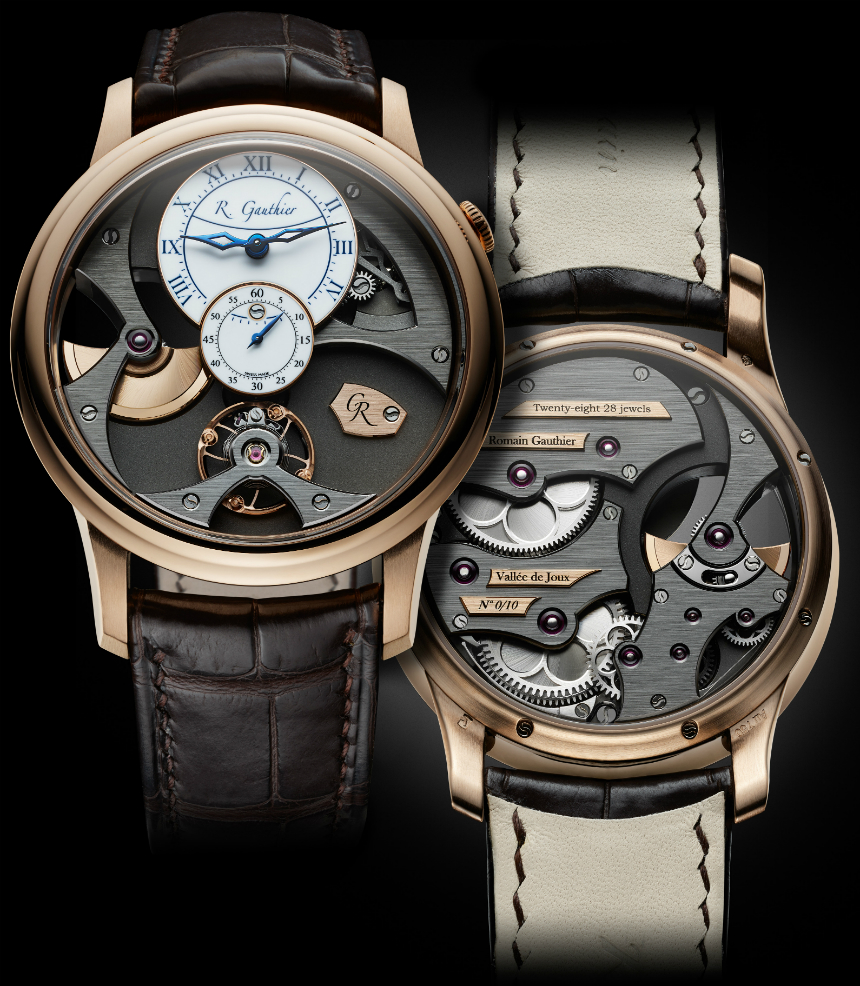 Haute horology is sometimes mistaken for meaning complicated watches. But, of course, we know haute horology is more than that. Haute horology simply means elevating watchmaking to the level of art, to go beyond functionality and take aesthetics to another level. So, even the simplest watches can be considered haute horology if the treatment is right. And in the past couple of years, we have seen many examples of haute horology brands scaling back on complicated pieces and focusing on the pure essentials of watchmaking to create simpler pieces. An example is Greubel Forsey’s Signature One, a simple time-only watch from a brand that is renown for its complicated inclined multi-axis tourbillons. Another watch that joins the Signature One is the new Romain Gauthier Insight Micro-Rotor watch. 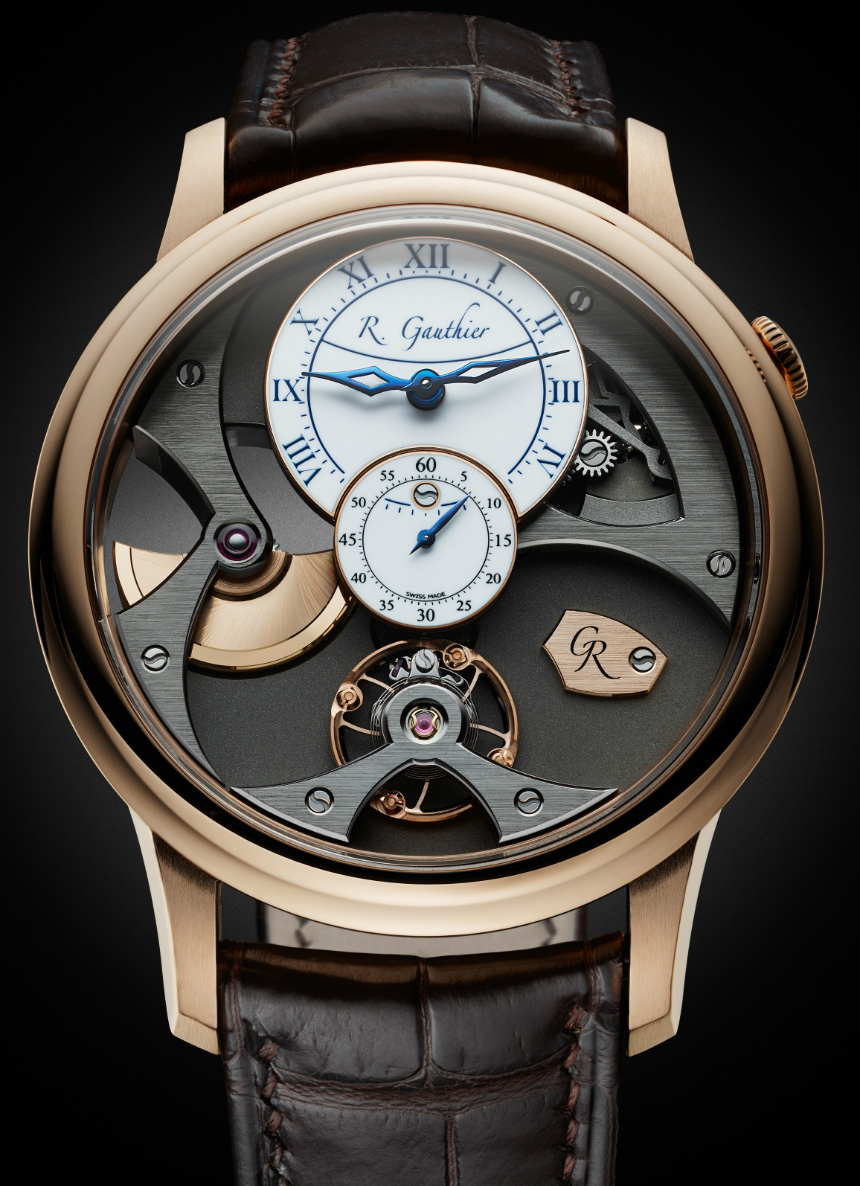 Romain Gauthier is perhaps most famous for its Logical One watch (hands-on here), a watch that uses a novel chain and fusee system to deliver energy to the escapement. It looks simple, but it is a deceptively complex piece. The new Insight Micro-Rotor, on the other hand, is dead simple, but no less impressive. 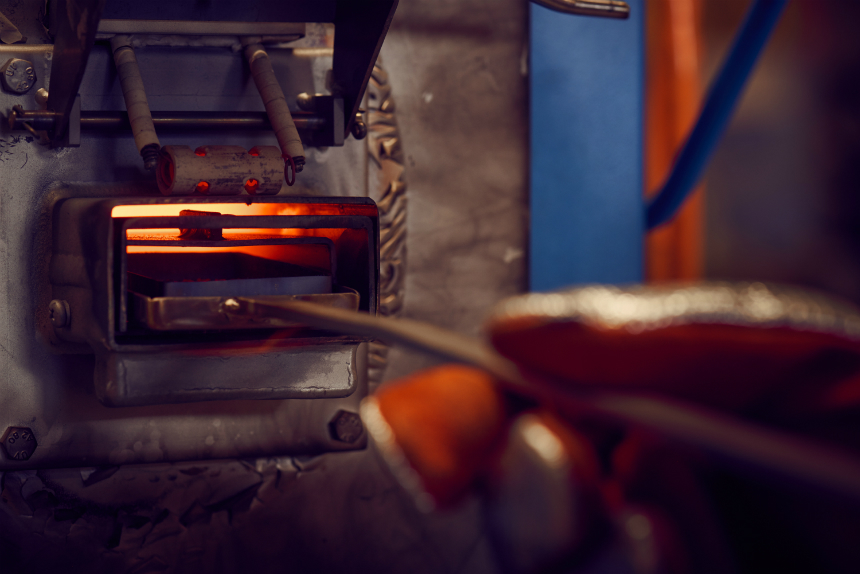 The name Insight comes from Romain Gauthier’s desire to give owners full view of the inner workings of the watch. And indeed, much of the movement’s mechanism can viewed through the dial and the sapphire display case back. But more on the movement later, let’s talk about the case first. 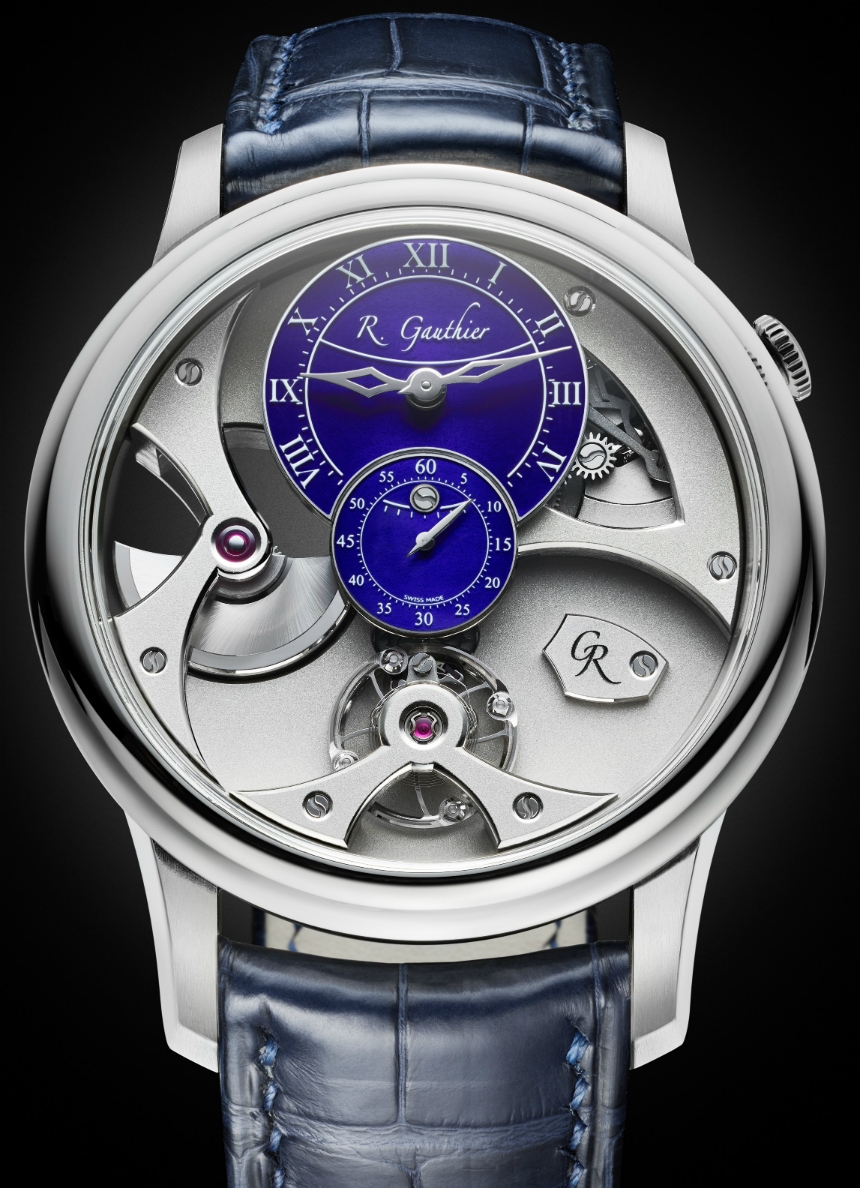 The Insight Micro-Rotor’s case size is a very modest 39.5mm and it will be available in 18k red gold and platinum. Both case versions will also have the option of three different dials: white enamel, black enamel, or blue enamel. Production of each dial variant will be limited to just 10 pieces, which means total production for this piece is just 60 in total. Water resistance is 50m, which is commendable given that most haute horology watches usually come with pitiful water resistance. At 50m, this means you can wash your hands comfortably without worrying about a little water getting onto the watch. 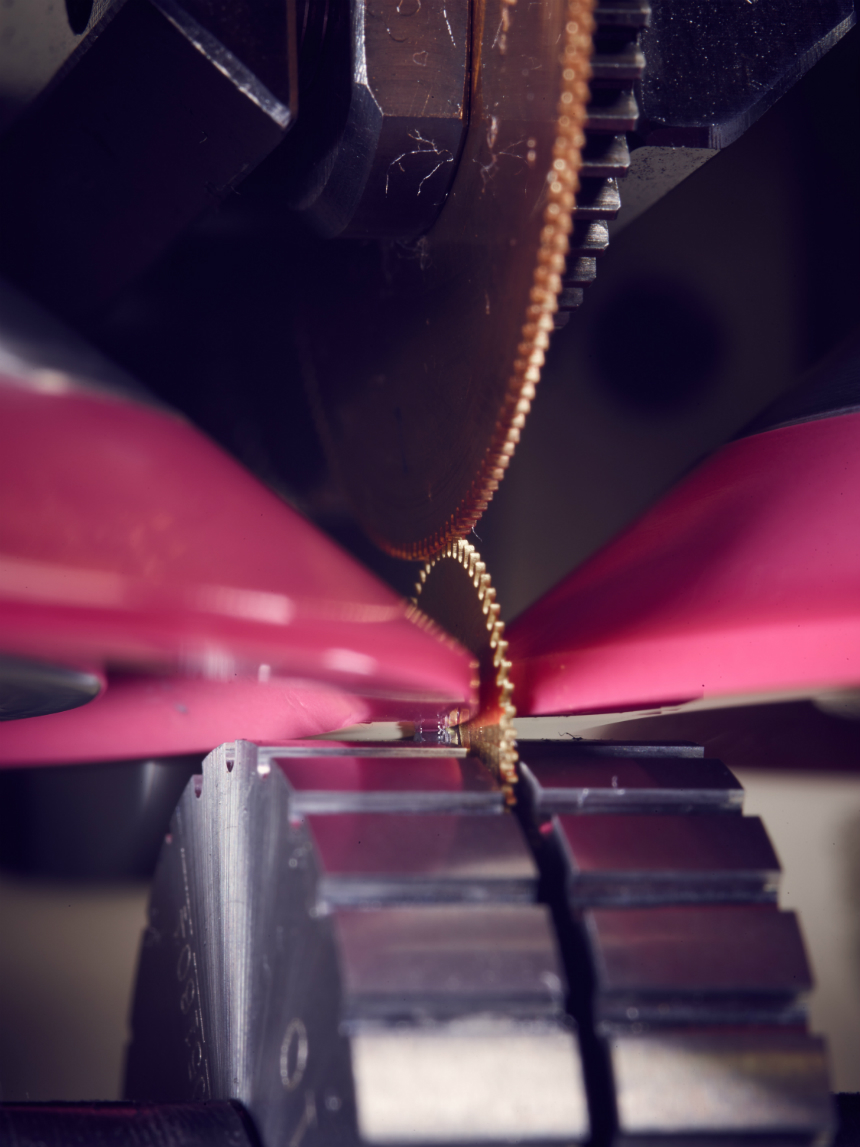 As I mentioned earlier, the Romain Gauthier Insight Micro-Rotor is all about giving its owners a glimpse of its inner workings, and so the dial configuration is a little odd. In the center, you have the subsidiary seconds dial, and up at 12 o’clock you have the main hours and minutes dial. Interestingly, the hours and minutes dial has Roman numerals for the hour makers, whereas the subsidiary seconds have Arabic numerals that mark out every five seconds. I’m indifferent to this arrangement, but I suppose some readers would rather Romain Gauthier be consistent in their choice of numeral systems. 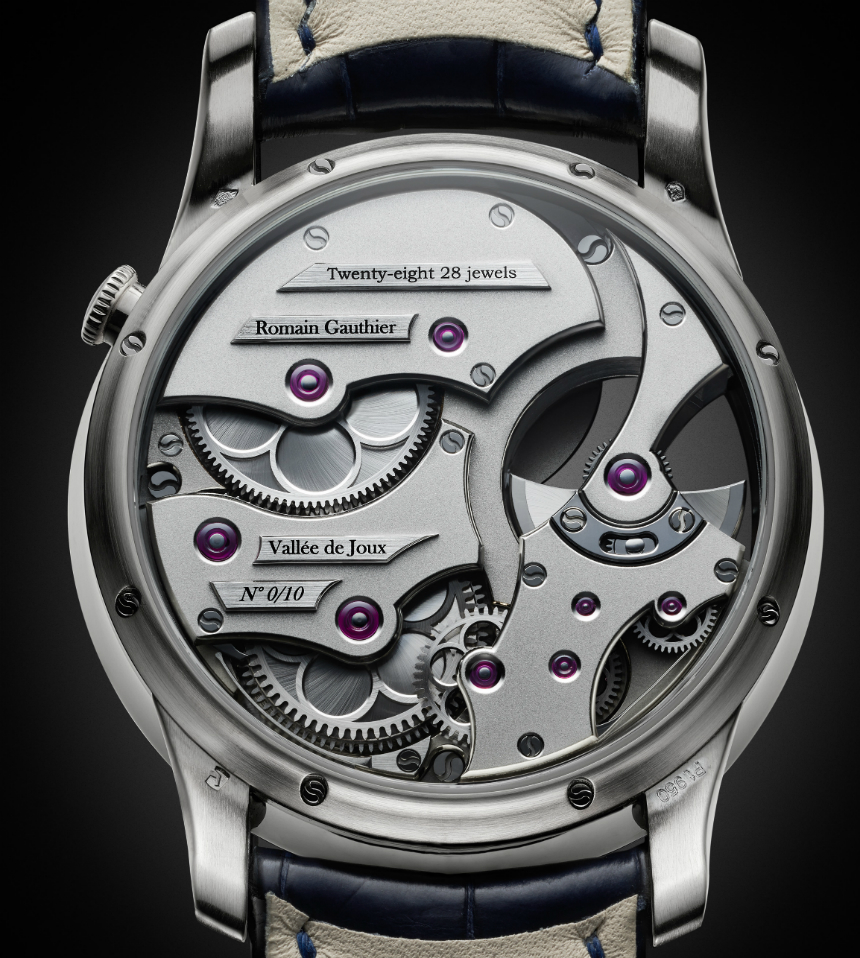 To the left, at 9 o’clock, you have the fairly large swinging micro-rotor, which is crafted out of 22k solid gold. The rotor is mounted between two bridges for stability and uses two ruby bearings to reduce friction and noise. And at 6 o’clock, you have the escapement, which uses eccentric weights for adjustments. Finally, at about 4 o’clock, you have a plaque with the Romain Gauthier logo. 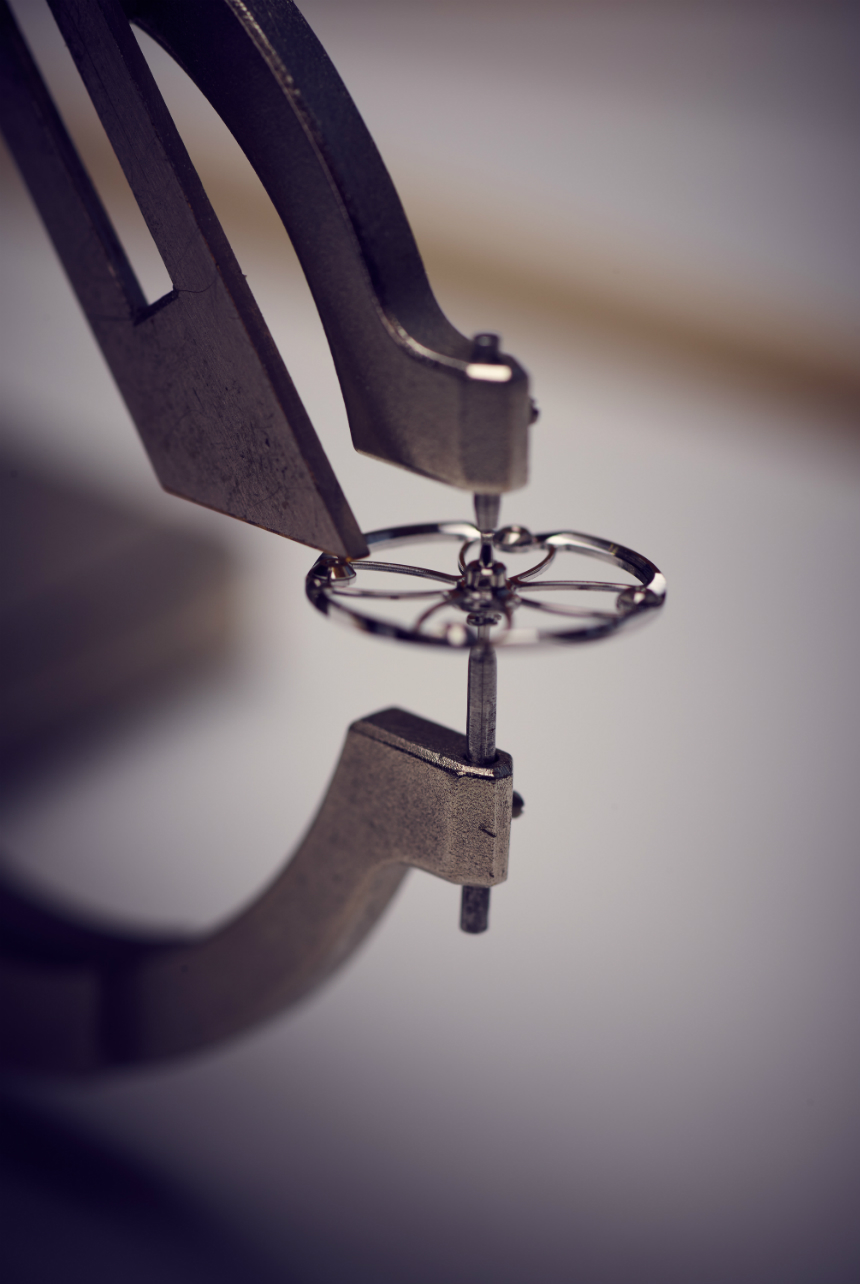 The movement was designed from the ground up by Romain Gauthier, and one of the key aims of the movement was to have a bidirectional micro-rotor. It has two mainspring barrels arranged in series for more consistent power delivery, and power reserve is a healthy 80 hours. And as you would expect from a Romain Gauthier watch, the movement is elaborately and exquisitely decorated. The bridges are hand beveled and polished, as are the jewel countersinks. Other work done on the movement includes snailing, straight-graining, circular-graining, and frosting. It’s hard to tell from press photos, but I reckon the movement will look stunning in the flesh. 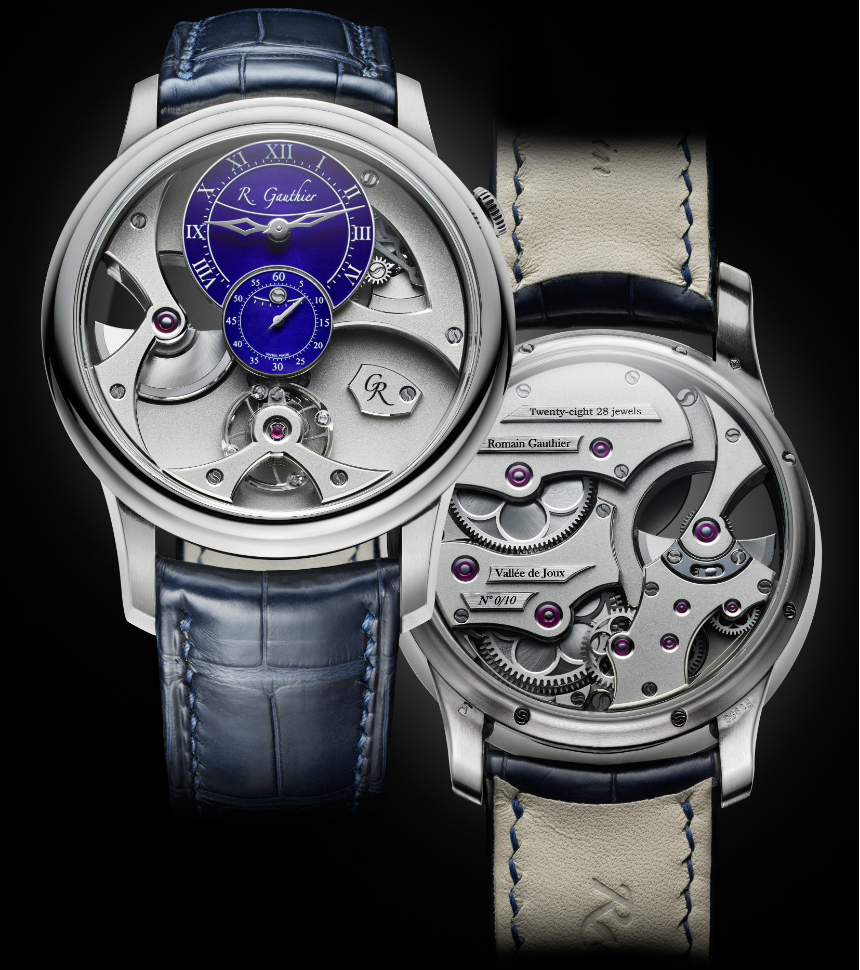 It is nice to see haute horology brands taking a step back at times and focusing on the pure essentials of watchmaking. Haute horology doesn’t always need to always be about complications, it can also be about considered, functional, practical pieces that celebrate the traditional handwork that goes into watchmaking. The new Romain Gauthier Insight Micro-Rotor fully embodies this philosophy. The Romain Gauthier Insight Micro-Rotor in 18k red gold is priced at 75,000 Swiss francs, whereas the model in platinum is priced at 88,000 Swiss francs. romaingauthier.com