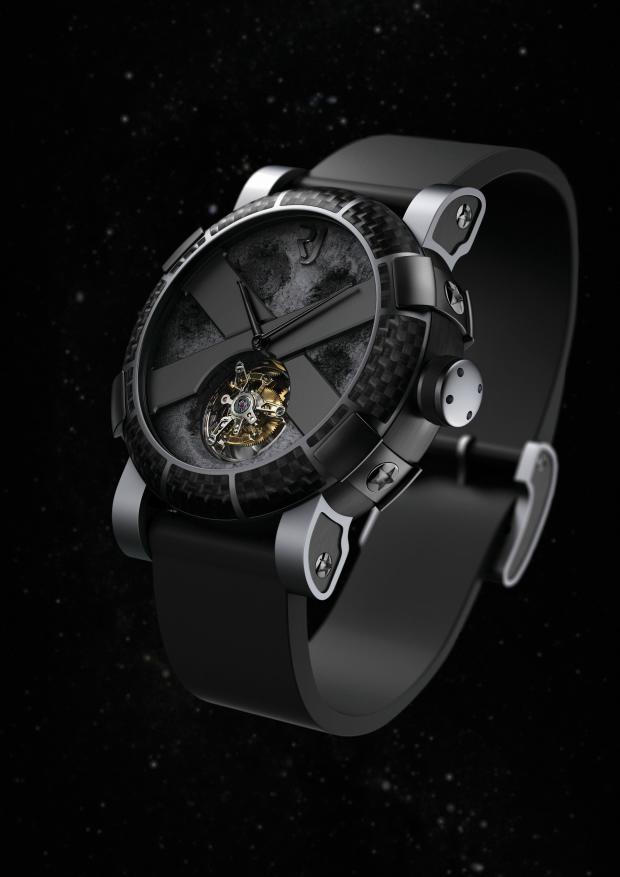 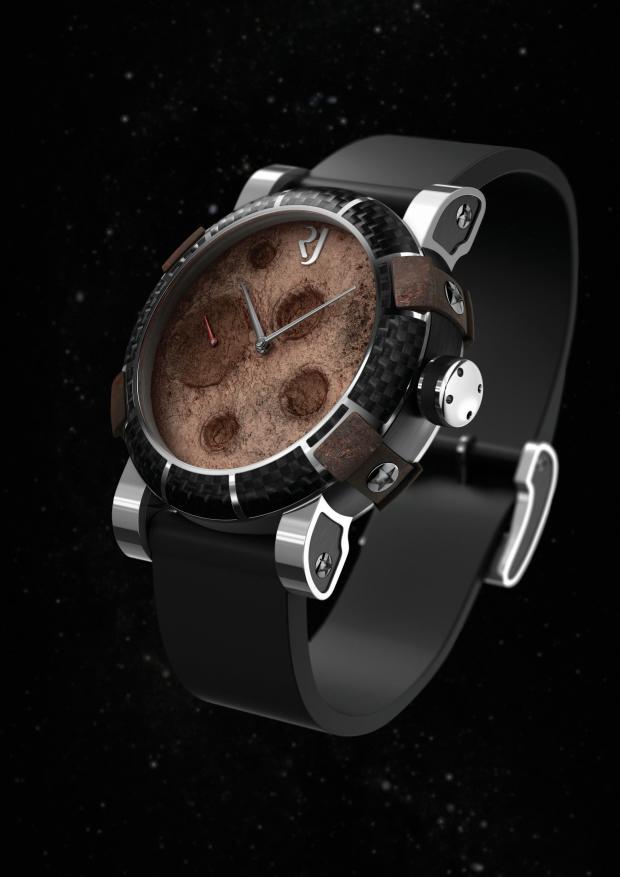 This watch is pure imagination on your wrist. It is over the top in so many ways, and I completely appreciate it. Something in me says that this watch belongs at Disneyland, only it is real, and the fantasy is not in what it represents (we have been to the moon), but what it alludes to, which is a future of space travel.

Romain Jerome has been around for a while selling what are essentially high-end novelty watches. The first was a golf watch that allowed you to keep score on your watch. Whatever, I know. Then they scored big with the Titanic DNA watch line. Each watch had a modicum of metal recovered from the sunken Titanic ship, and the rest of the metal on the bezel was made to look like rusted/oxidized iron. The result was a line of historical fantasy watches that spurred many a rich imagination. Taking the same basic shape with some enhancements and differentiators, Romain Jerome is back at it with a new DNA collection, the Moon Dust line!

Continue reading with more images below…

These watches are every bit as expensive as the original Titanic DNA watches, but now in more flavors with dial faces like lunar surfaces complete with asteroid pock marks. I like how the off-center subsidiary seconds dial on some of the watches is a little seconds hand moving in a particularly large (for the face) crater. It is just clever and fun. While the shapes and designs of the watches share elements from their Titanic collection, there is no Titanic metal in here; however, there are other materials of interest.

First, there is a bit of actual moon dust on each of the faces. The moon dust has been certified as actually being from moon rocks, which coincidentally happen to be of the more rare elements on the Earth. The metal is taken from the Soyuz space craft (for the rusted steel claws on the bezel) and steel and titanium from Apollo XI is incorporated into the watch case. Lastly, along with the rubber strap seen on the watch, each comes with a special fiber strap that contains ‘fibers’ from spacesuits worn on the ISS (International Space Station). Yea, it is pretty gimmicky, but everyone reading this is thinking how cool it is. Still, it is not cool enough that you are going to sell off your possessions to own one.

The watches themselves are 46mm wide, and pretty thick (as you can tell). I am not clear on the movements they used, but there is a standard three hand movement (probably an ETA automatic 2892-2, and a sourced manually wound tourbillon movement). Prices are likely in the $50,000 – $200,000 range. They are definitely cool looking, and demand for them is strong. Apparently Romain Jerome is over 45 million dollars back ordered. Good to be them right now.