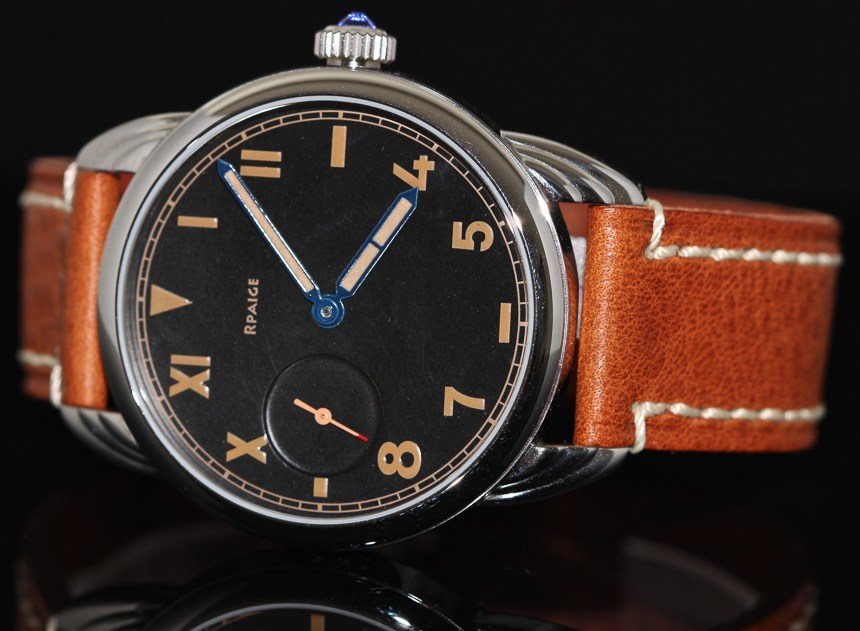 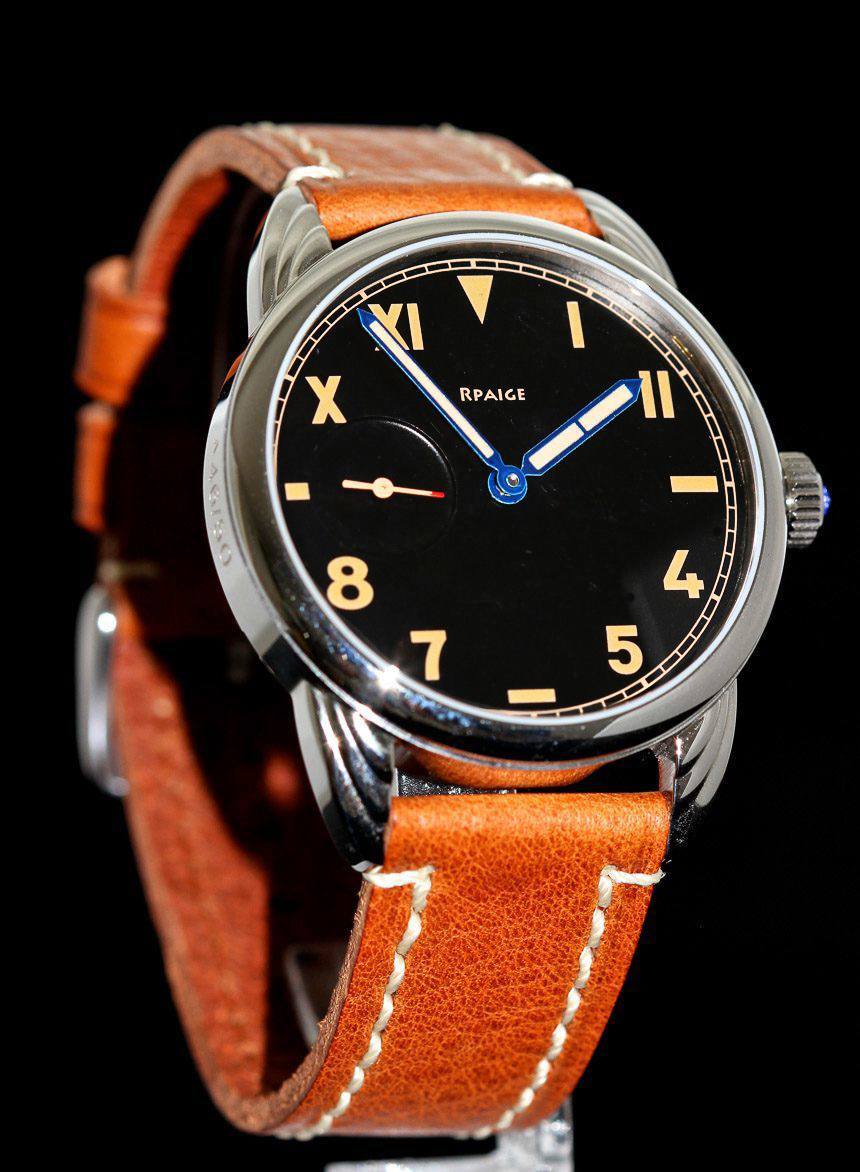 I’d like to introduce my new watch to you all. I call it the Rpaige Wrocket “Barrage,” and it’s my first foray into military watch design.

I love military watches. In fact, the first wristwatches were really made for the military. I guess it all started with Brazilian Alberto Santos Dumont, who was one of first official aviator pilots in the world. Around 1904, he complained to his friend Louis Cartier, of jeweler fame, that he had difficulty checking the time while flying. He found it awkward having to pull a pocket watch out of his pants when he really needed to keep both hands on the plane’s controls. So Cartier created a “wristwatch” …a timepiece strapped to his wrist. Thus was born the wristwatch for men, and the rest is history. 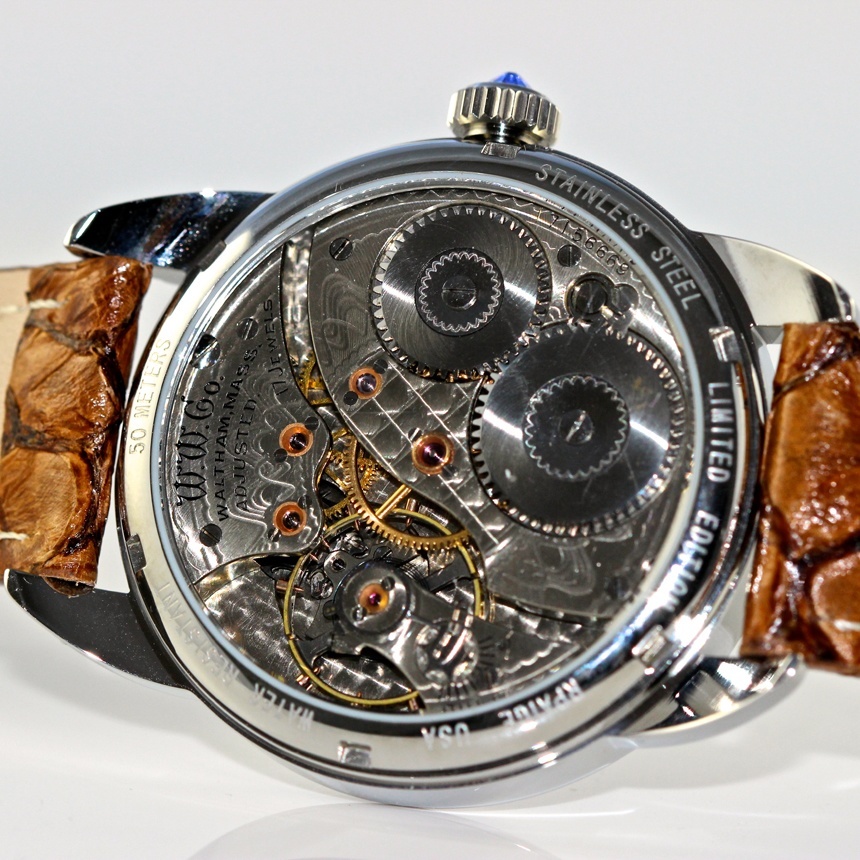 When I created my own line of watches using American antique and vintage pocket watch movements, I knew that eventually I’d do a military version of my “Wrocket” case design watch. Military watches, by definition, are watches that are built and designed for functionality and easy readability during combat conditions. Most military dials are black in color with contrasting Arabic numbers.

Since I already had designed my existing watch cases to house a 12-size American pocket watch movement, I really only had to concentrate on designing the dial for the Rpaige Wrocket Barrage. But, military dials are deceptively hard to design. As I studied the various popular traditional military watches, I found that they all had something in common: they look simple, but in this case, less is more. Most were time only; no bells, no whistles, no fat lady singing – just the hours, minutes, and seconds. In some respects, this is the hardest design to execute, since you can’t depend on “gimmicks” – day, date, stop watch, power reserve, etc. And you must follow the cardinal rule of design, “never over-design.” The more I studied, the more I kept coming back to the older, original Panerais from World War II. The original Panerais nailed it perfectly: big, bold, easy to read with no distractions. That’s what I wanted.

It’s interesting to note, from an historical viewpoint, that Rolex apparently made several watches for Panerai between 1936 and 1954, and this is where they first introduced their “California” dial for the Panerai Reference 3646. This dial also made a more commercial appearance in the famous Rolex Bubblebacks of the 1940s.

I’ve always been a huge fan of the Rolex vintage Bubbleback watches from the 1940s, and particularly the “California” dial version: half roman numeral, half Arabic numbers, which they utilized on a few different models from this era. Rolex didn’t officially name this dial design the “California” dial, but for me, I feel indirectly involved in the naming of this famous dial design configuration. 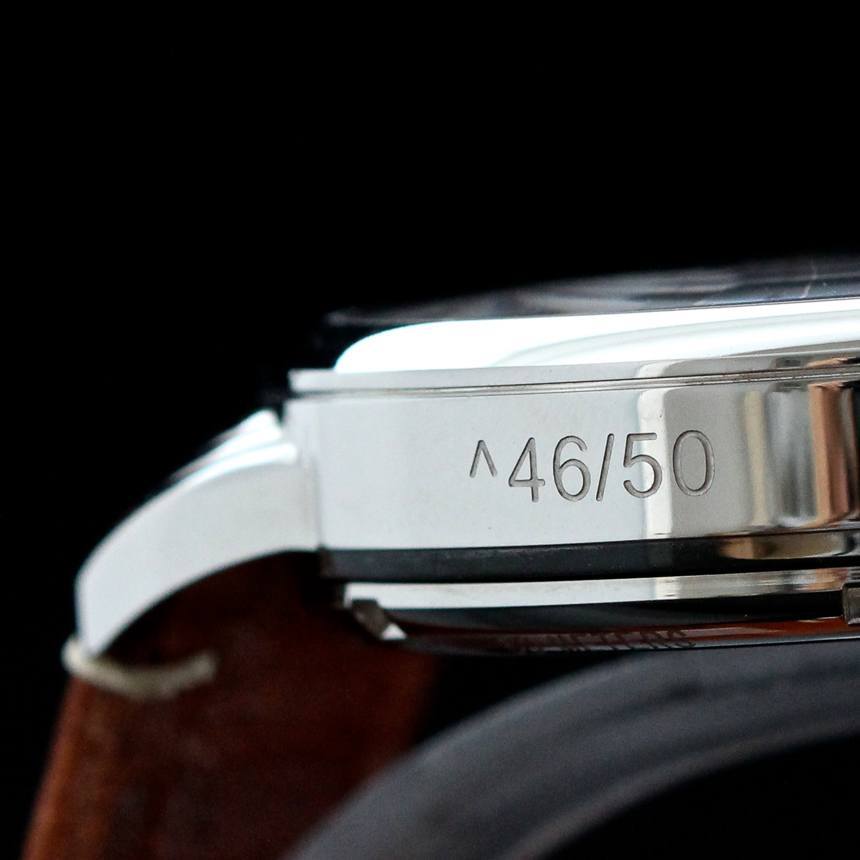 Here’s a brief history of the evolution of the dial’s naming.

In the mid to late 1980s, I had a watch and jewelry store in San Francisco where I specialized in vintage watches. The most popular model I carried, by far, were the vintage Rolex Bubblebacks, the first introduction by Rolex in the early 1940s of the oyster perpetual automatic watch. My most popular version of this watch was the “Sport” dial: half Arabic, half Roman numeral design. I was selling about 10 Bubblebacks a month, and about half of these sales were the “Sport” dial, so I was always on the lookout at shows for these Bubbleback configurations of the Sport dial. However, I was not living in a retail vacuum, and several other high profile vintage watch stores, particularly in Los Angeles, were also on the lookout for these dials. We all were, simultaneously, having the same success stories selling this dial configuration, so when we went to the watch shows we all competed with each other to find these Rolex dial configurations. 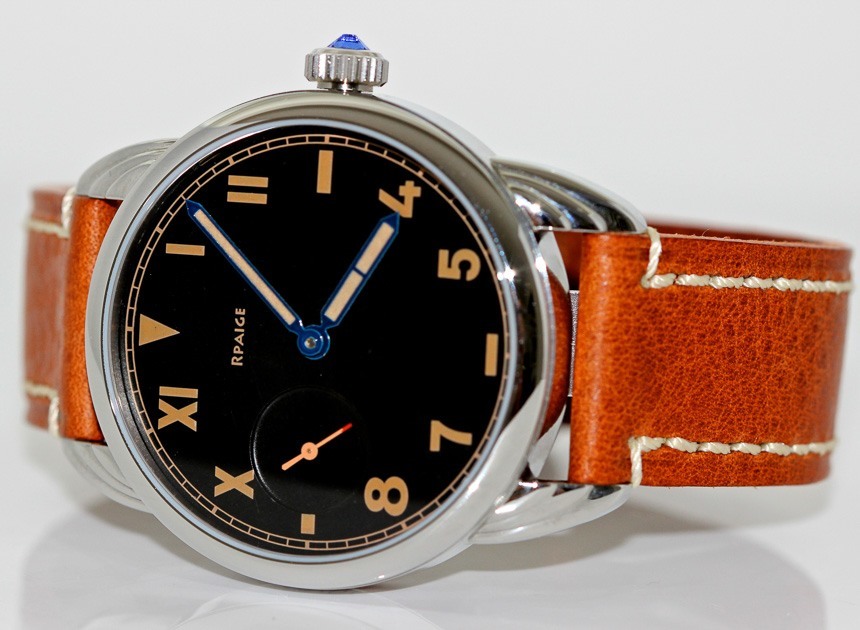 All of us kept asking the same question: ”Do you have any Rolex Bubblebacks with the roman-arabic dials?” The other watch dealers, and sellers, thought us West Coasters were slightly, if not outright crazy, and started to poke fun at us “Californians” all looking for the same dials, and they collectively nicknamed the dial the “California Dial.” And the name stuck! It was not a term of endearment! 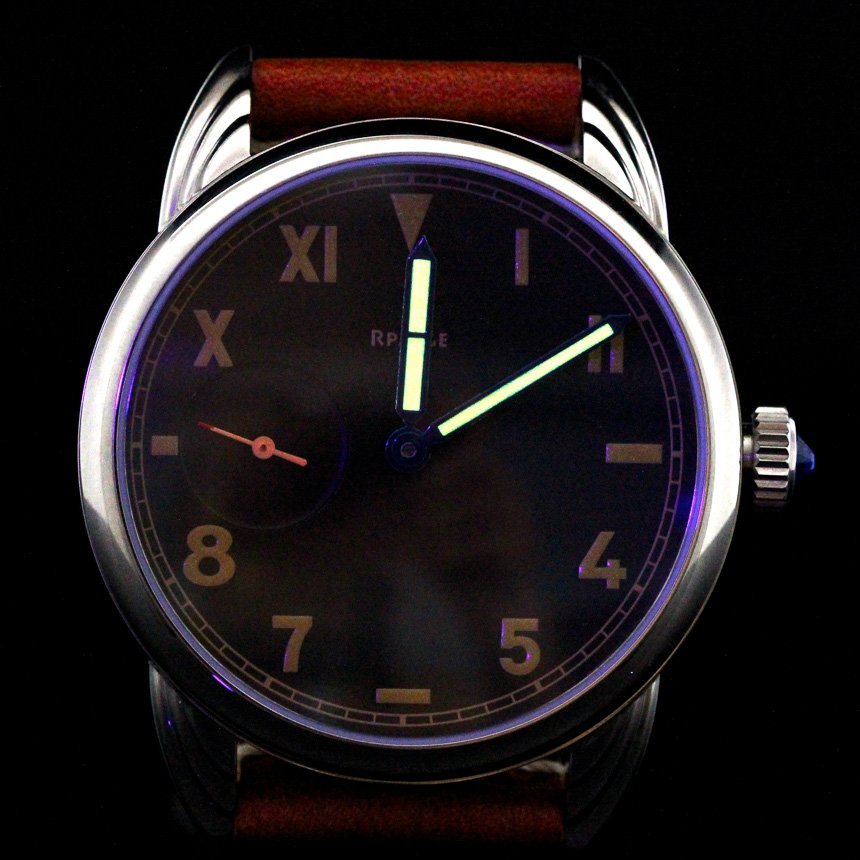 Flash forward to present day, and it became obvious to me that my Rpaige Wrocket Barrage military dial should and would be a resurrection of my past, just as the American pocket watch movements I use are a resurrection of the past, and my “Wrocket” cases are a design resurrection from the past. rpaigewatch.com