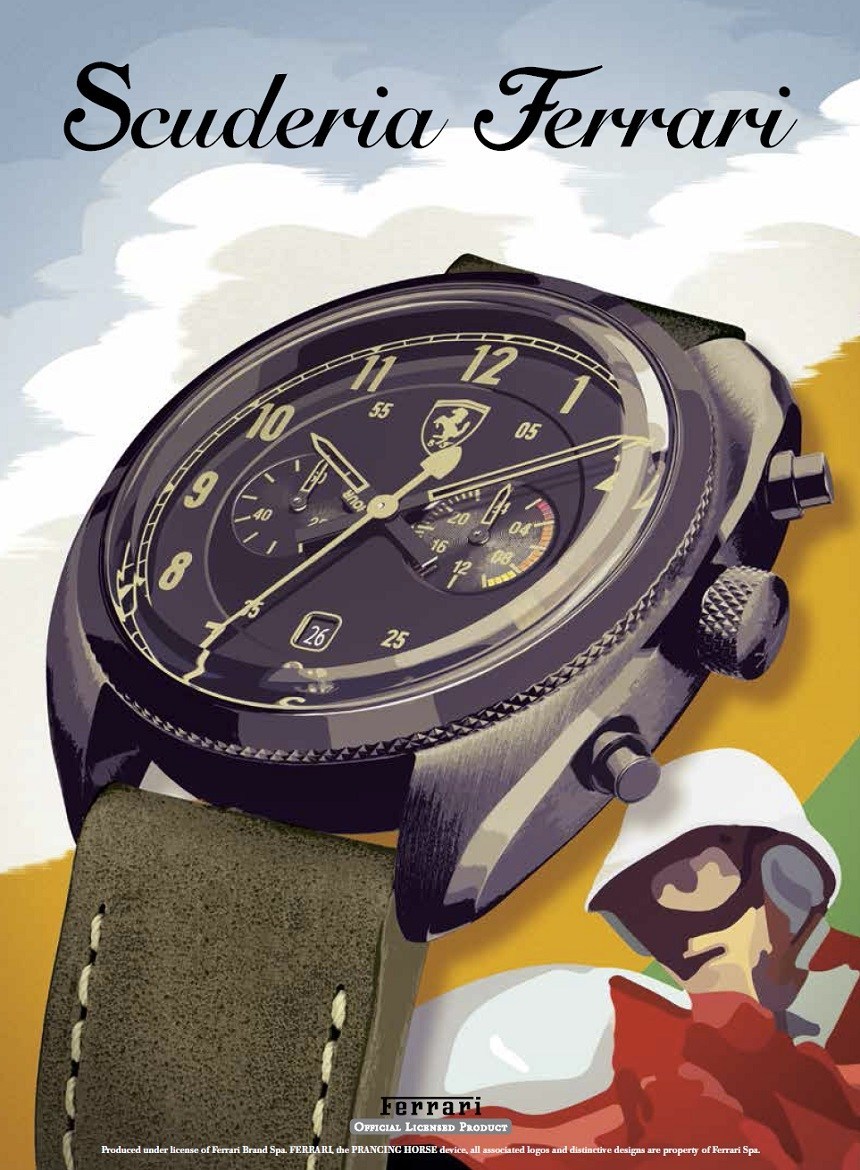 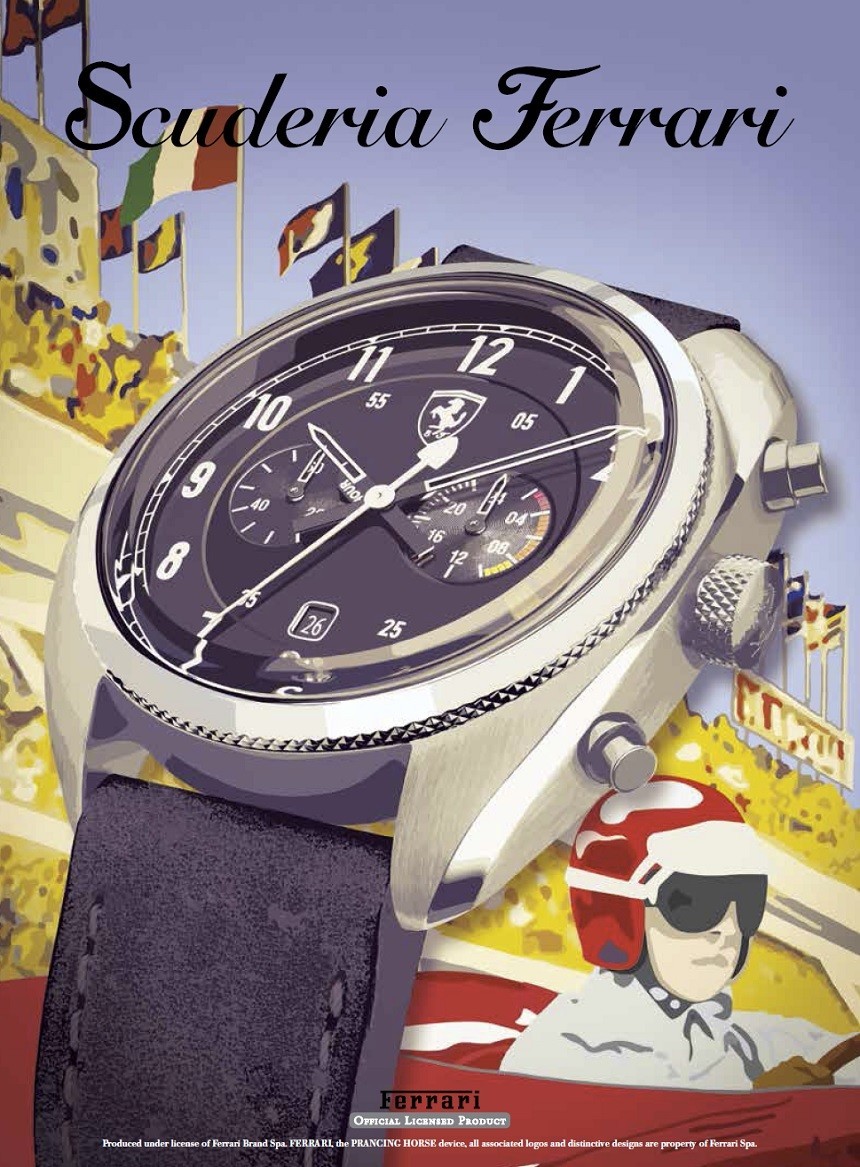 On aBlogtoWatch, if a watch with “Ferrari” in the name is mentioned, you will probably think of Hublot. That is mostly accurate, since Hublot is an official partner of Ferrari and their official high-end watch making partner which started back in 2011. So while Hublot makes all of Ferrari’s most expensive timepieces, there needs to be a collection of Ferrari watches for everyone else. The company that has that privilege is Movado. In 2012, I covered the Movado Ferrari watches here that replaced the “sun” on the classic Museum Dial watch with the Ferrari prancing horse logo. 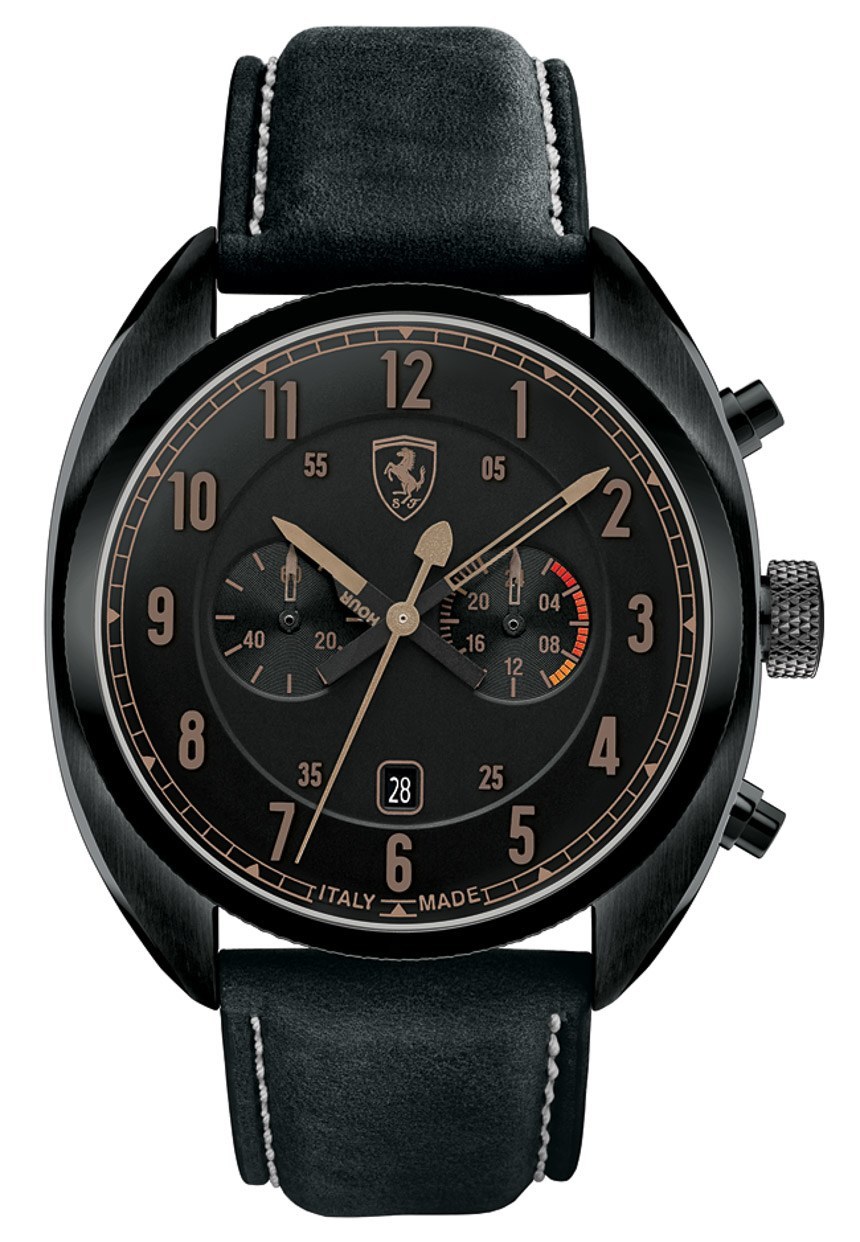 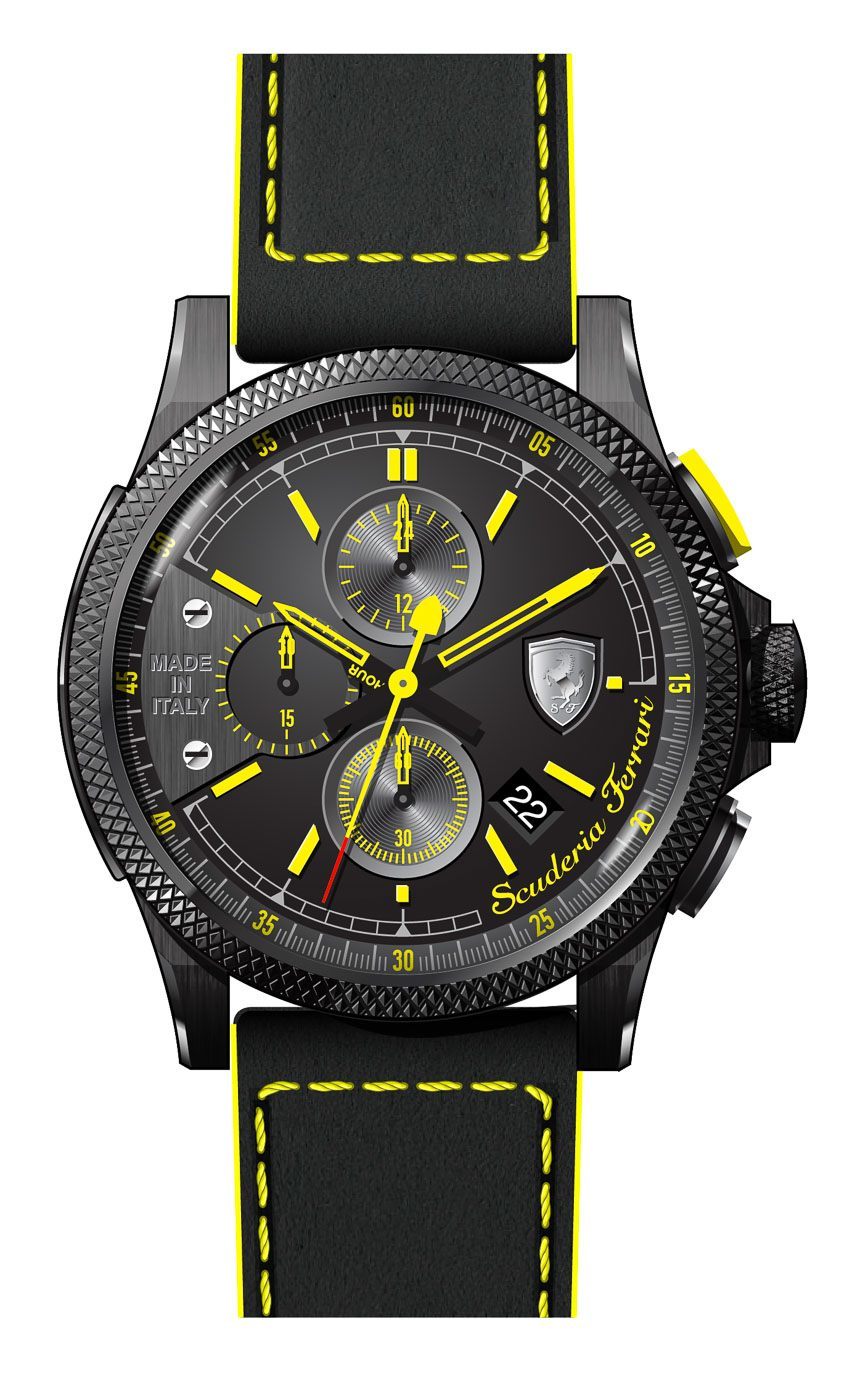 The Scuderia Ferrari Formula Italia collection contains both three-hand and chronograph models that are sized 43mm wide and 45mm wide, respectively. These have a tonneau-shaped steel case with a round dial and a retro dashboard instrument appeal. Little touches like the knurling on the outside bezel and the crown are nice details which I hope lend themselves to a higher-end feel for these sub $500 timepieces. Over the dials are domed mineral crystal and the cases are water resistant to 50 meters.

Why yes, the hour hands on all of these watches actually say “Hours.” This is likely borrowed from some car dashboard gauge, and I think it is sort of cool. Assuming decent materials and textures are used, the dials of these Scuderia Ferrari Formula Italia timepieces should be pretty handsome. All they need to do is stay away from shiny or reflective elements and make sure the colors all contrast properly. 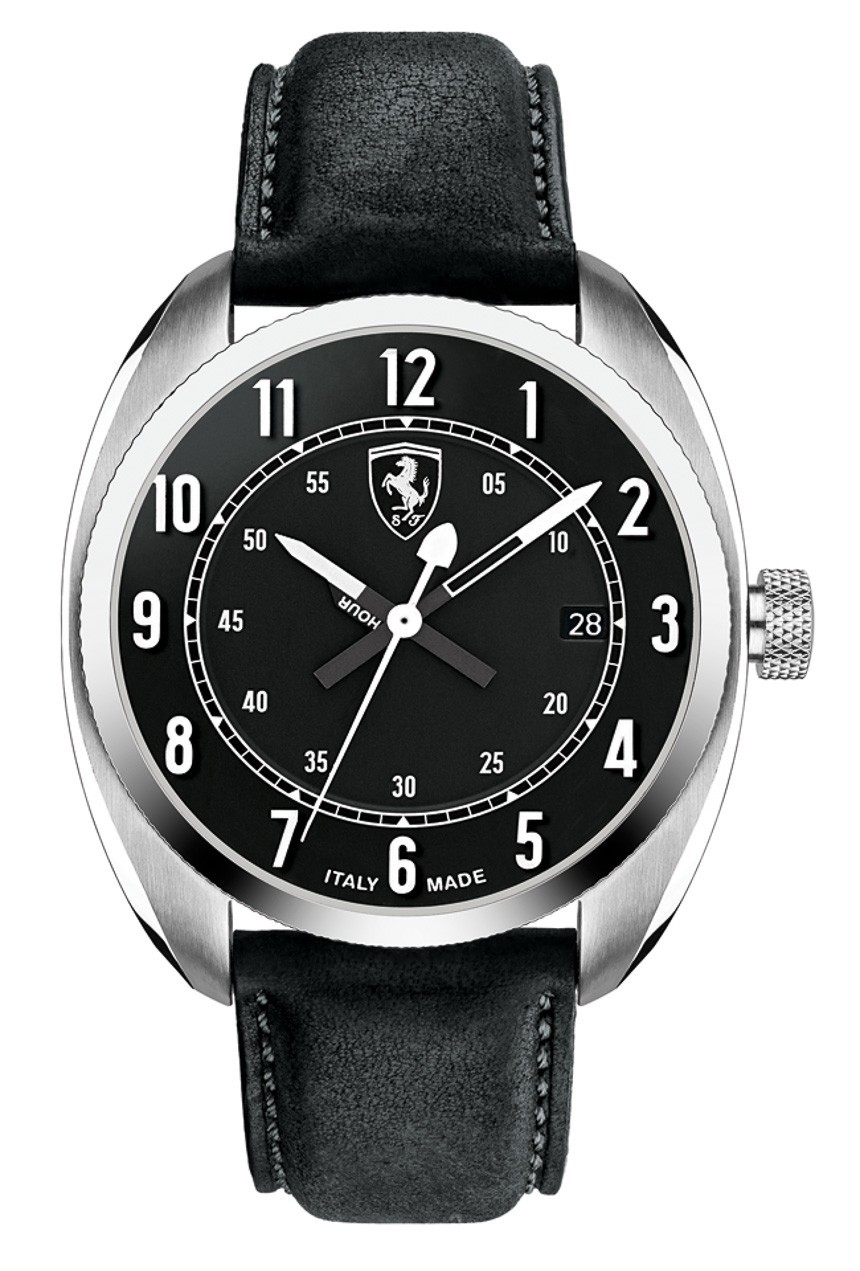 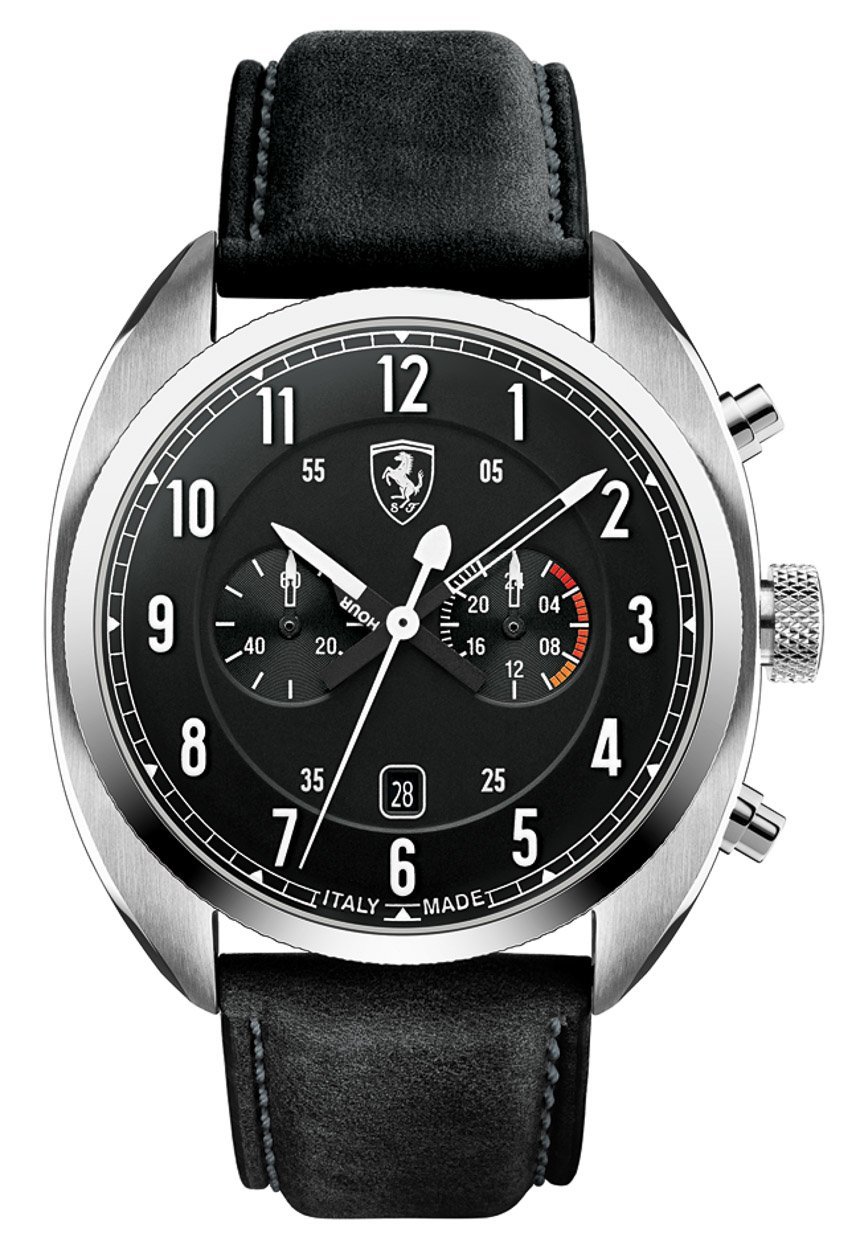 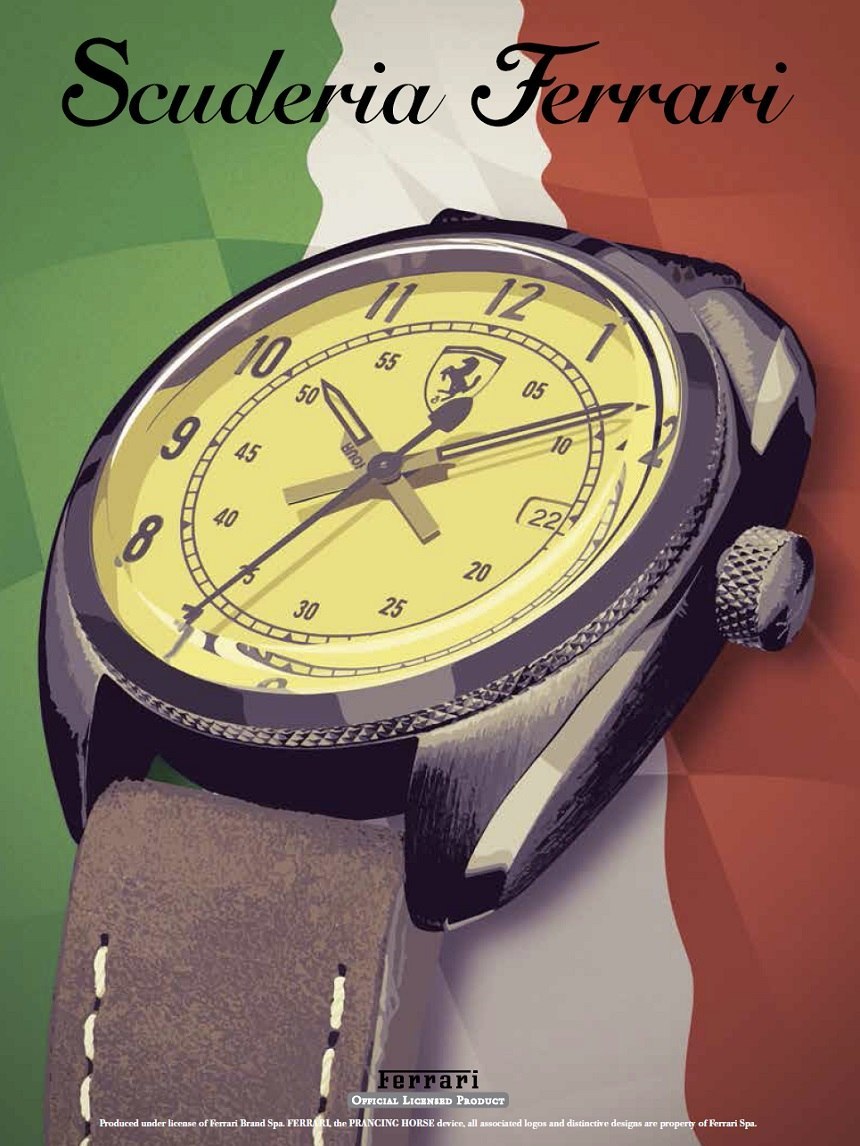 All of the Scuderia Ferrari watches have Japanese quartz movements (for now) and all say “Made in Italy.” If you know about watches, you know that there aren’t too many which are actually made in Italy. Even “Italian” watch brands like Bulgari, Visconti, Montegrappa, Panerai, and more are “Swiss Made.” I assume the Made in Italy element of Scuderia Ferrari watches is part of the marketing slogan and they have an assembly facility in Italy to put the watches together. In fact, near the Swiss border in Italy there are a lot of watch suppliers so it would not surprise me if around there is where the Scuderia Ferrari Formula Italia and Formula Italia S watches are produced.