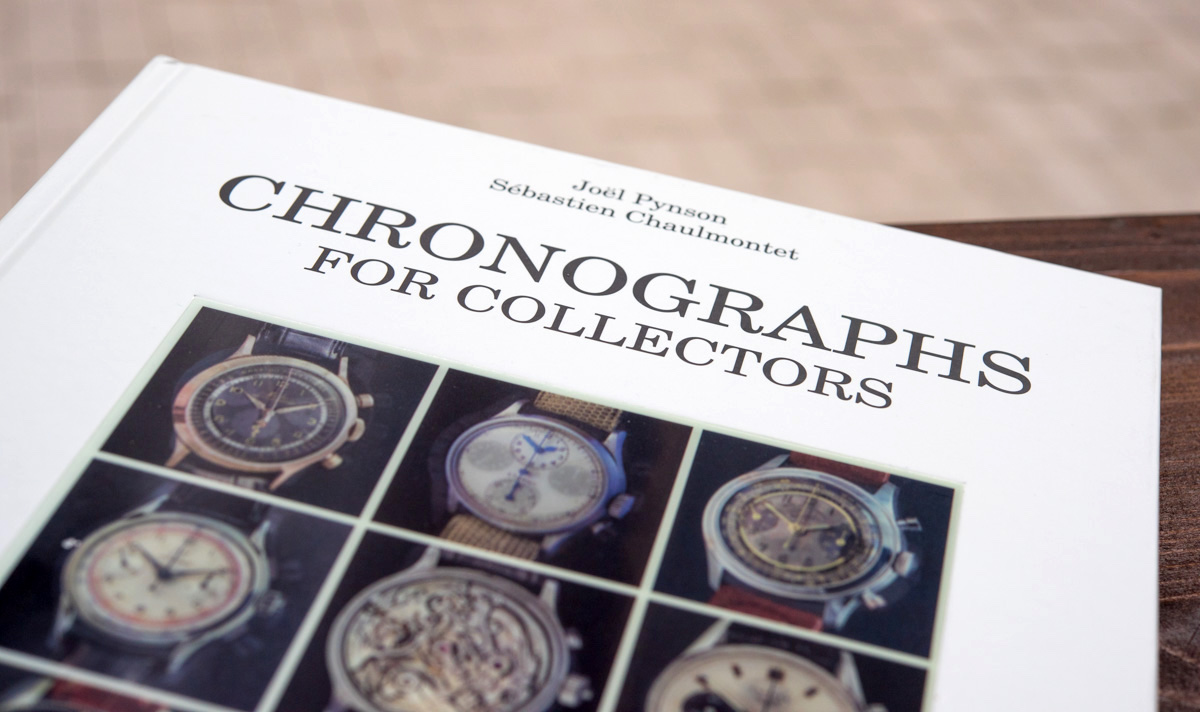 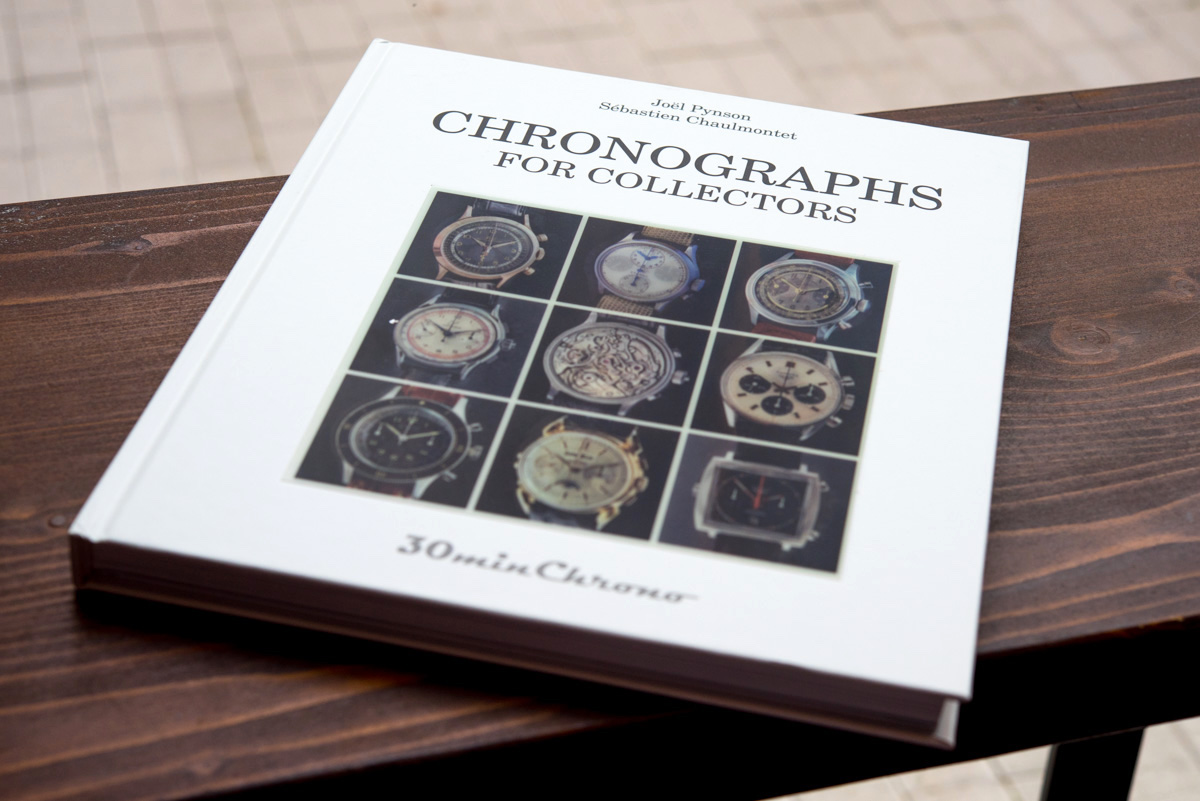 Truly great books on watchmaking are hard to come by – but when they do, they are an overwhelming expression of true passion for the subject matter. A prime example of this is a highly specialized book titled Sébastien Chaulmontet & Joël Pynson: Chronographs For Collectors. “For collectors” is no marketing stunt in the title either. Where books such as Ryan Schmidt’s The Wristwatch Handbook (reviewed here) or at least for the sake of self-intimidation, Watchmaking by George Daniels (reviewed here) are must-reads for novice watch lovers, some books are for the more seasoned enthusiasts… and Chronographs For Collectors is no different. The book, spoiler alert, is fantastic, so I thought I’d enliven this review by providing some background information, rather than merely a run-down of the publication. 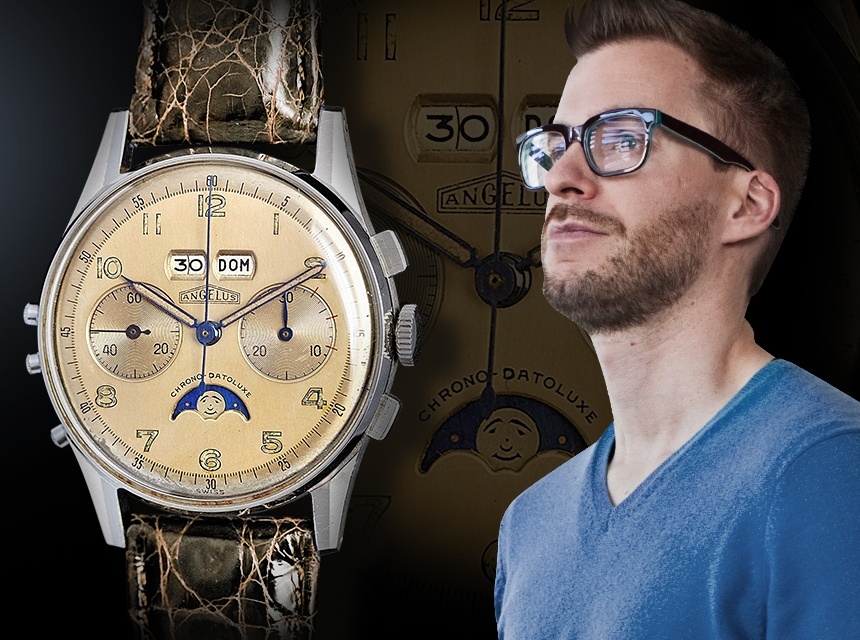 If you’ve ever had the chance to chat with the author, Sébastien Chaulmontet, you’ll know that normally it takes but a few minutes for watch-industry-specific small-talk with him to steer into some extremely detailed discussion on even the most obscure aspects of watchmaking. That is no big feat once you learn that Sébastien for long had been responsible for developing and designing some of the most impressive calibers made by La Joux-Perret SA – the maker of high-end, ultra-niche Arnold & Son and Angelus watches, as well as the OEM producer of other high-end movements – and is currently the Head of Innovation & Marketing at Sellita SA, working on OEM projects that go well beyond the scope of what you and I know Sellita for; i.e. producing ETA substitute calibers. 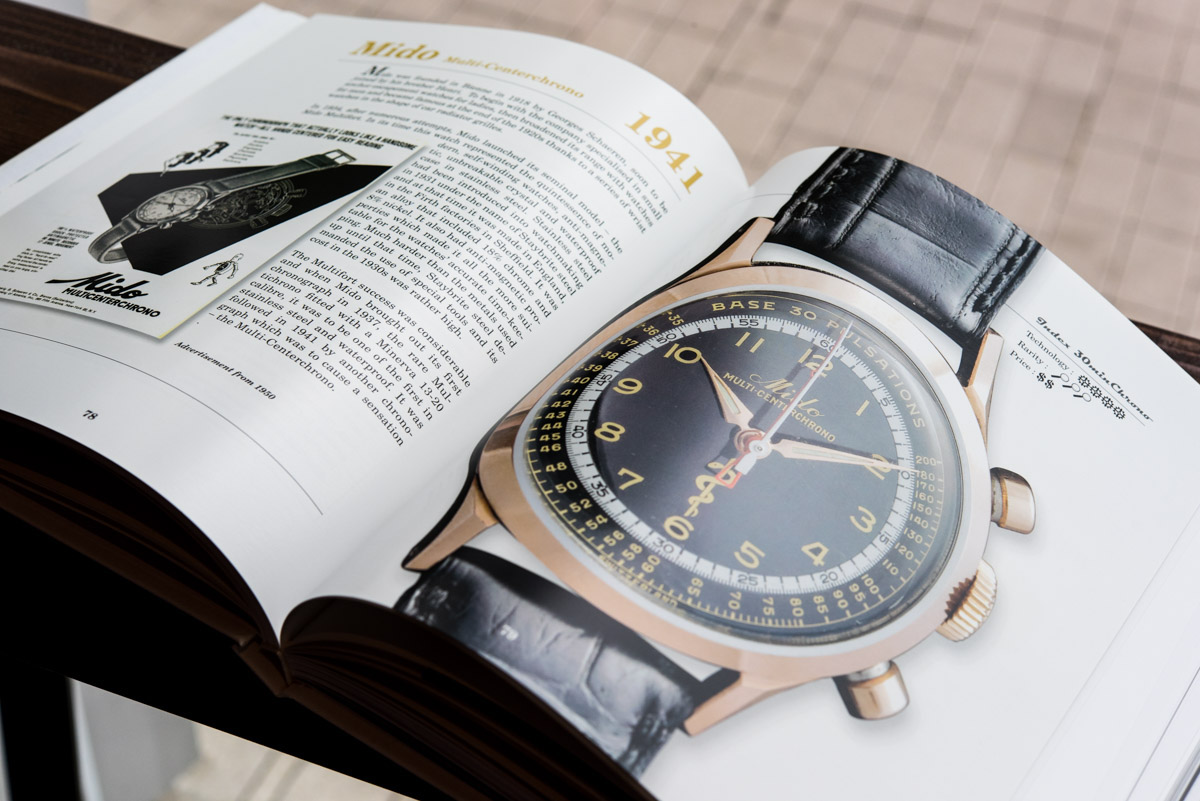 One more note on the author, if I may, and then we get to discussing the book. I recall visiting the La Joux-Perret manufacture a few years back and meeting Sébastien there. This was just around the time when famed mid-1900s chronograph manufacturer Angelus was freshly resurrected by LJP. I asked Sébastien whether under his watch we’d ever see an Angelus chronograph that would reboot the stylistic elements of the popular vintage Angelus chronographs and, to my greatest surprise, he ended up denying collectively. This being a dead-end for conversation, we started talking about vintage chronographs – something that can indeed be a sleep-inducing topic of discussion, especially after the 13-hour drive that was directly behind me at that point. However, it soon became apparent to me that Sébastien is a true collector and extremely dedicated enthusiast when it comes to vintage chronographs (not just Angelus, but also that, of course) – and his genuine appreciation for the old Angelus helped me understand why he’d never create a cheesy modern recreation of something that in his mind could only excel in its original form. It is a strange exhibition of love when one – not that there were many like this in the watchmaking scene today – has the power at hand to technically recreate and relaunch a brand that he himself is a devoted fan of. But still, leaving the heritage of Angelus intact and carrying the name to where he assesses the company would have gone by today had it not gone out of business was his – I presume, for an outsider, rather difficult to understand – expression of love for vintage chronographs. 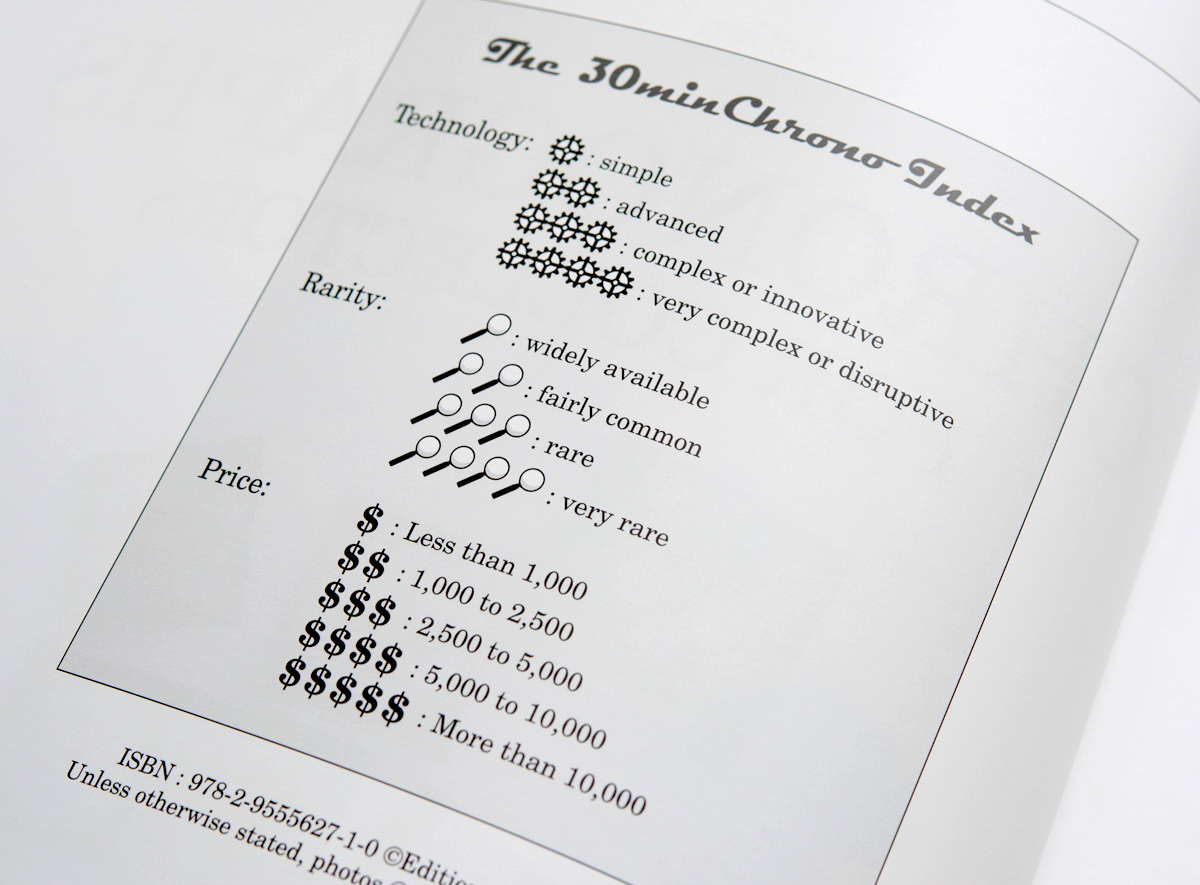 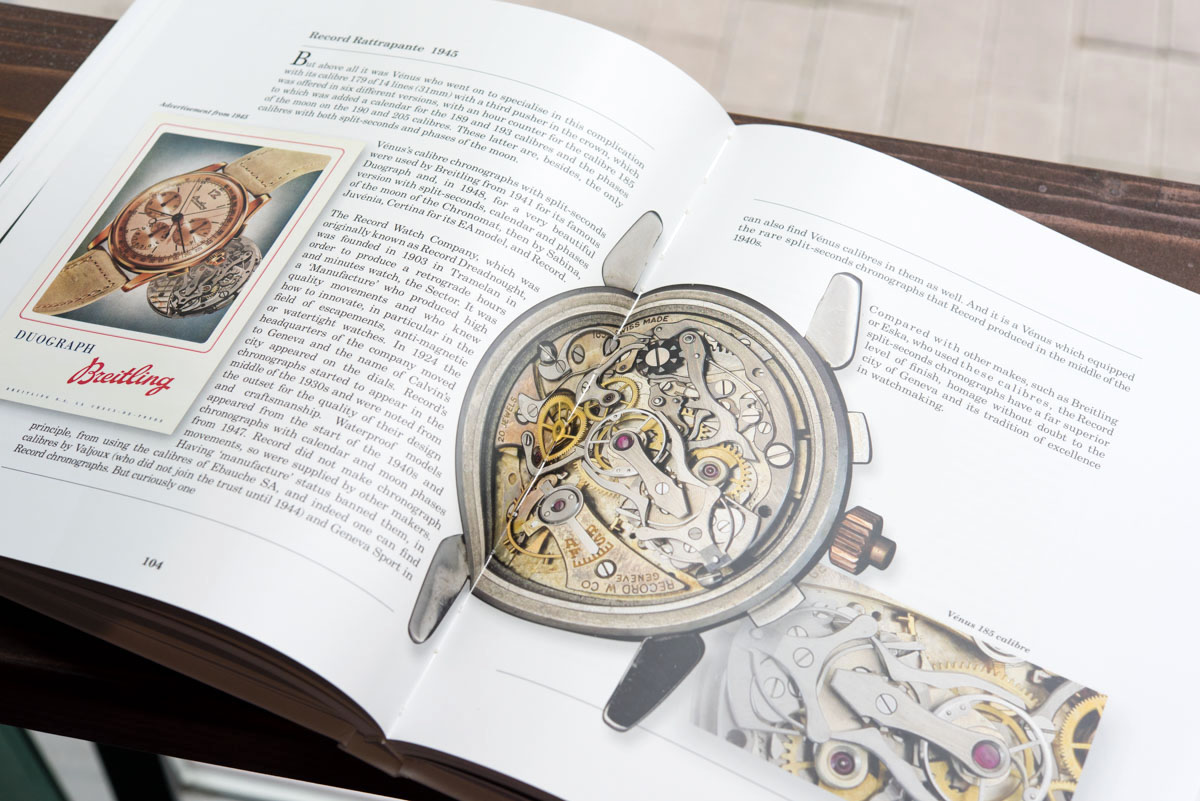 A much more easy to appreciate expression is this book about thirty – in fact thirty-eight – vintage chronograph watches, all introduced in great detail. It is clear that this 232-page book is but a glimpse into the knowledge base of the author – a valuable glimpse that is nevertheless worth taking, of course. Even the Introduction segment is a tongue-in-cheek take on the sub-optimal name that is the chronograph, the bumpy history of the complication, and even on the “strict editorial line” of the book, saying: “verified and verifiable historical facts and no flattering marketing speak, even if this approach shakes up received ideas and self-promoting novelties a little.” Ha! My favorite bit though was this: “It is a golden rule among connoisseurs of watches not to pass judgement just on the dial but on the whole piece, including the hands, the case, and particularly the movement, for its technical qualities, its originality, and the quality of its craftsmanship. It’s a rule that will protect you well from mishaps and one which you must always keep in mind as you flick through the pages of glossy sales catalogs where pictures of the movements are only too often missing…..” Yep, five periods there. 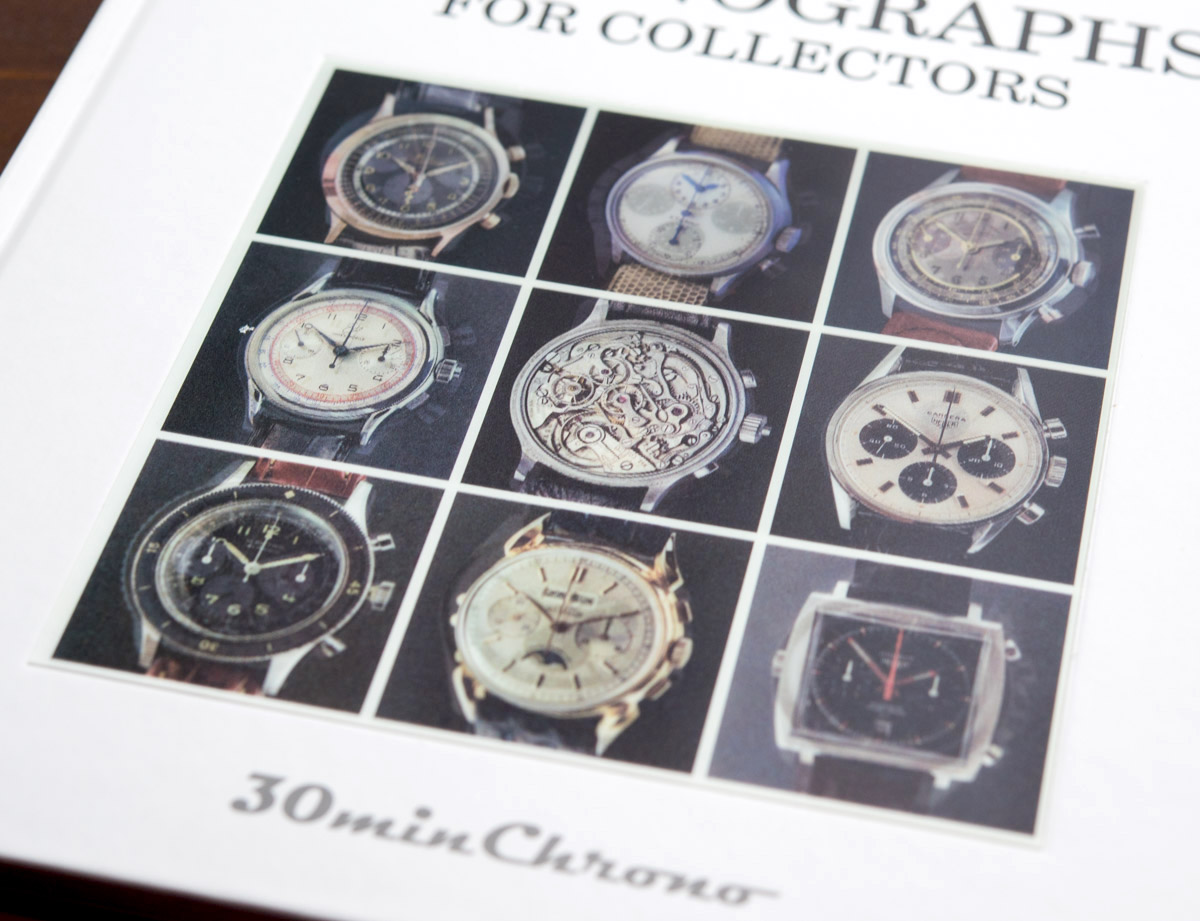 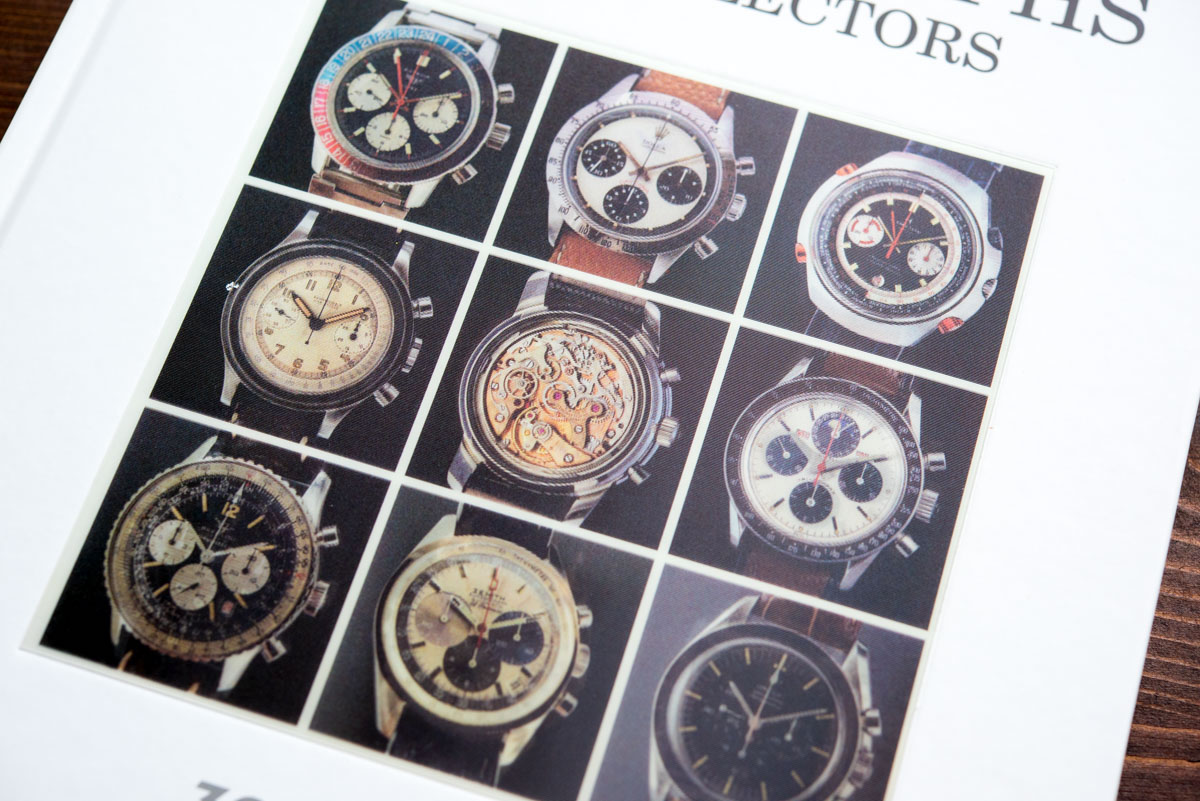 The neat holographic cover with 2*9 watches.

As one would expect, the book discusses some of the basic details of chronographs, but the way one can truly learn about many of the countless more obscure specifications and weird offspring of this complication is by reading the book and the elaborate explanations of the some three dozen carefully selected variants. All notable chronographs from the last century are here, including some produced by Omega, Zenith, Angelus, as well as many of the sort that you probably never knew existed (some were certainly new to me). Price, complexity, provenance, technological advancements, and so on are all detailed – but aren’t dumbed down. The entire book really is a lot like sharing a dinner discussion with some genuinely knowledgeable and passionate collectors, collectors of the rare kind who are beyond the regurgitation of condescending marketing messages, appalling snobbery, or a beyond-all-else devotion to one-uppery, and are here to just share some of what they know about whatever weird, obscure aspect of watches they enjoy collecting. In this instance, lucky for us, that would be chronographs. One last neat detail in the book is how clearly the authors set out to feature 30 watches but when the book arrives at the 30th, they end up providing not one, but 9 different options – because they simply didn’t want to/couldn’t leave any of them out. Personally, I appreciate such honest exhibitions of devotion to the subject matter. 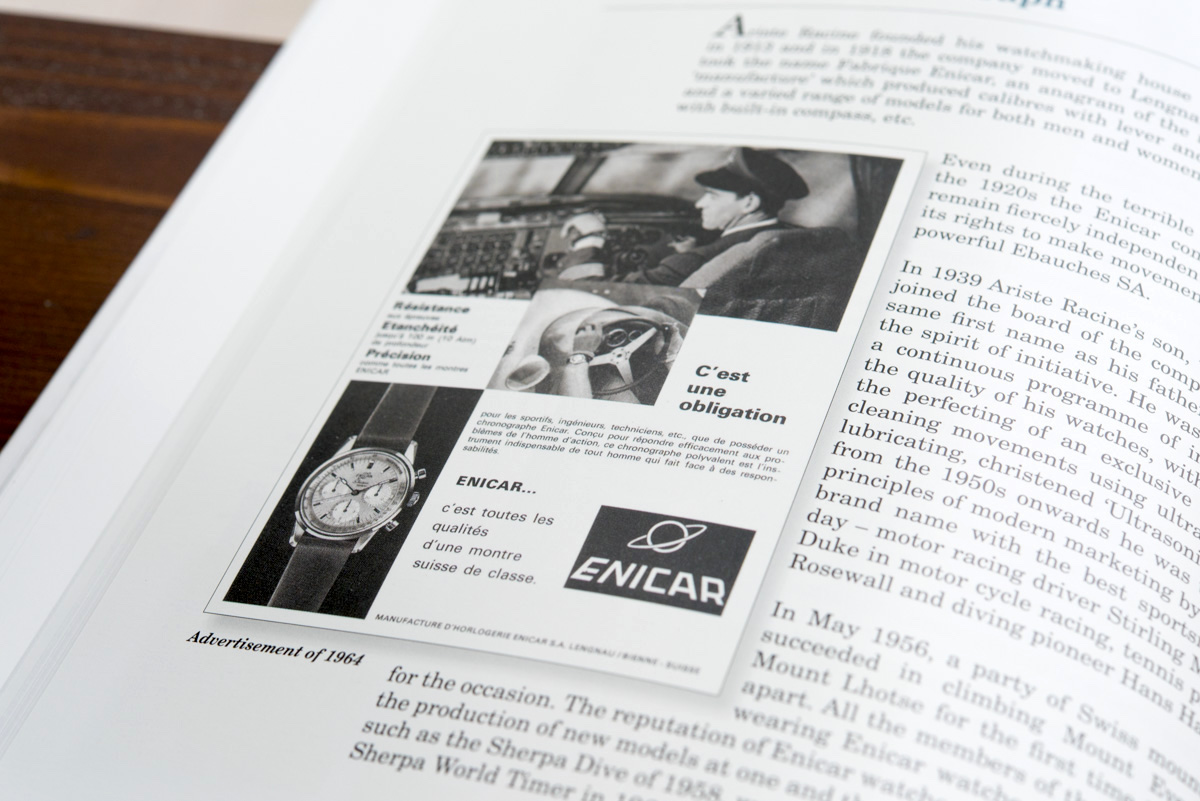 Priced at $199 on Amazon or Time2Tell.com, Sébastien Chaulmontet & Joël Pynson: Chronographs For Collectors comes at the cost of a few nice straps or perhaps a rather fancy dinner – but it has conversation material that would last more than a few of the latter. Chronographs have for long been, and I expect will forever remain, an integral part of luxury watchmaking and it certainly is no hardship to fall for their complexity, ingenuity, and countless quirky-cool, creatively thought out variations. This book, therefore, is a must-read not because it’s an obvious choice, but rather because once you’ve read it, you’ll get closer to the extensive versatility of chronographs filled not only with clever engineering, but with impressive creativity – something sorely missing from so much of today’s luxury watch industry.