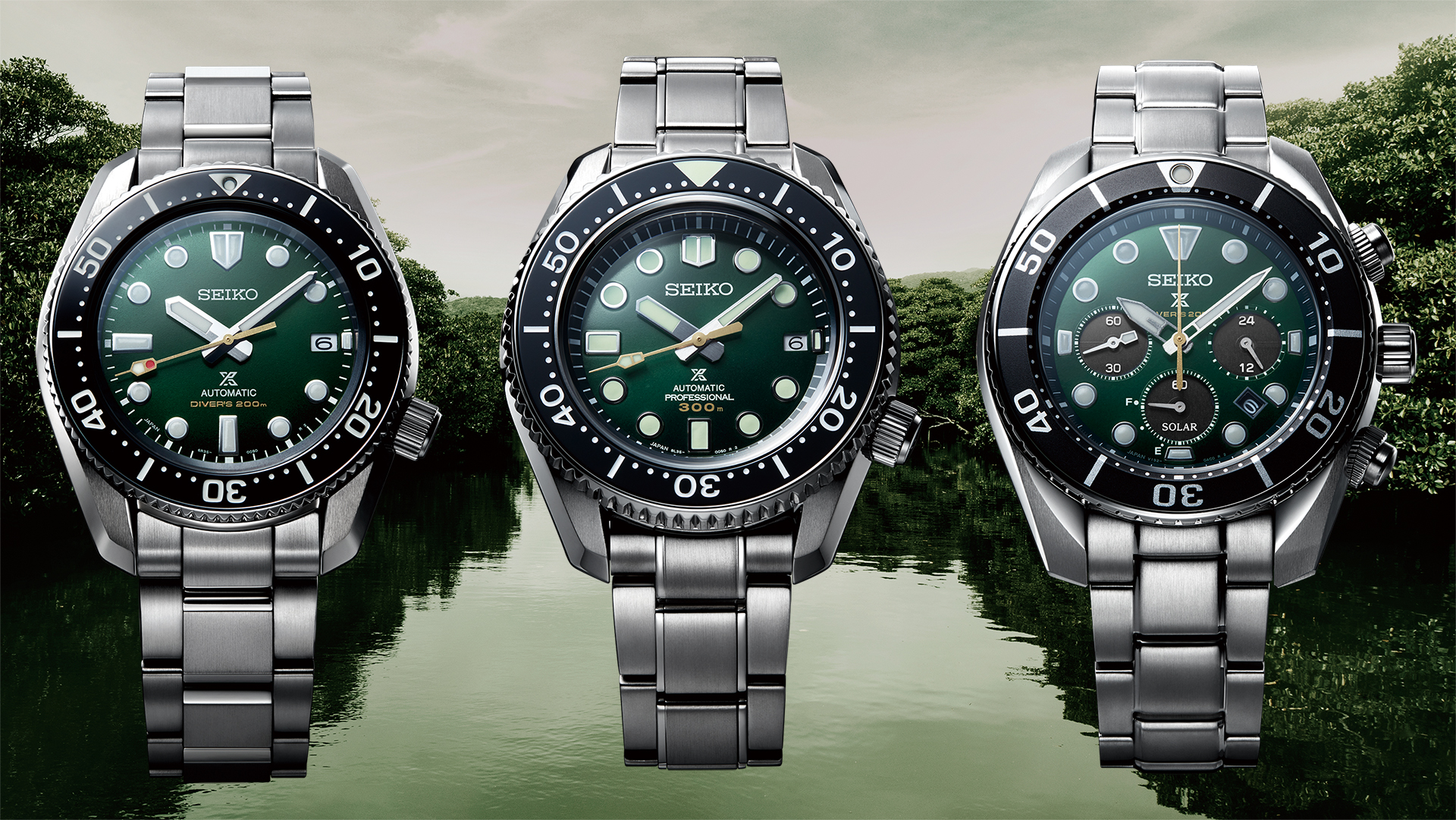 2021 is shaping up to be a milestone year for Japanese giant Seiko, as the brand celebrates 140 years since its initial founding in 1881. To kick off its anniversary proceedings Seiko has unveiled three limited edition Prospex diver models with a colorway inspired by the Japanese diver’s paradise, the tranquil island of Iriomote in Okinawa. With deep, luxuriant green dial finishes and classic Seiko aesthetics, the limited edition Seiko Prospex SLA047, Seiko Prospex SPB207, and Seiko Prospex SSC807 are a sporting kickoff to what should be a year of festivities from the historic brand. 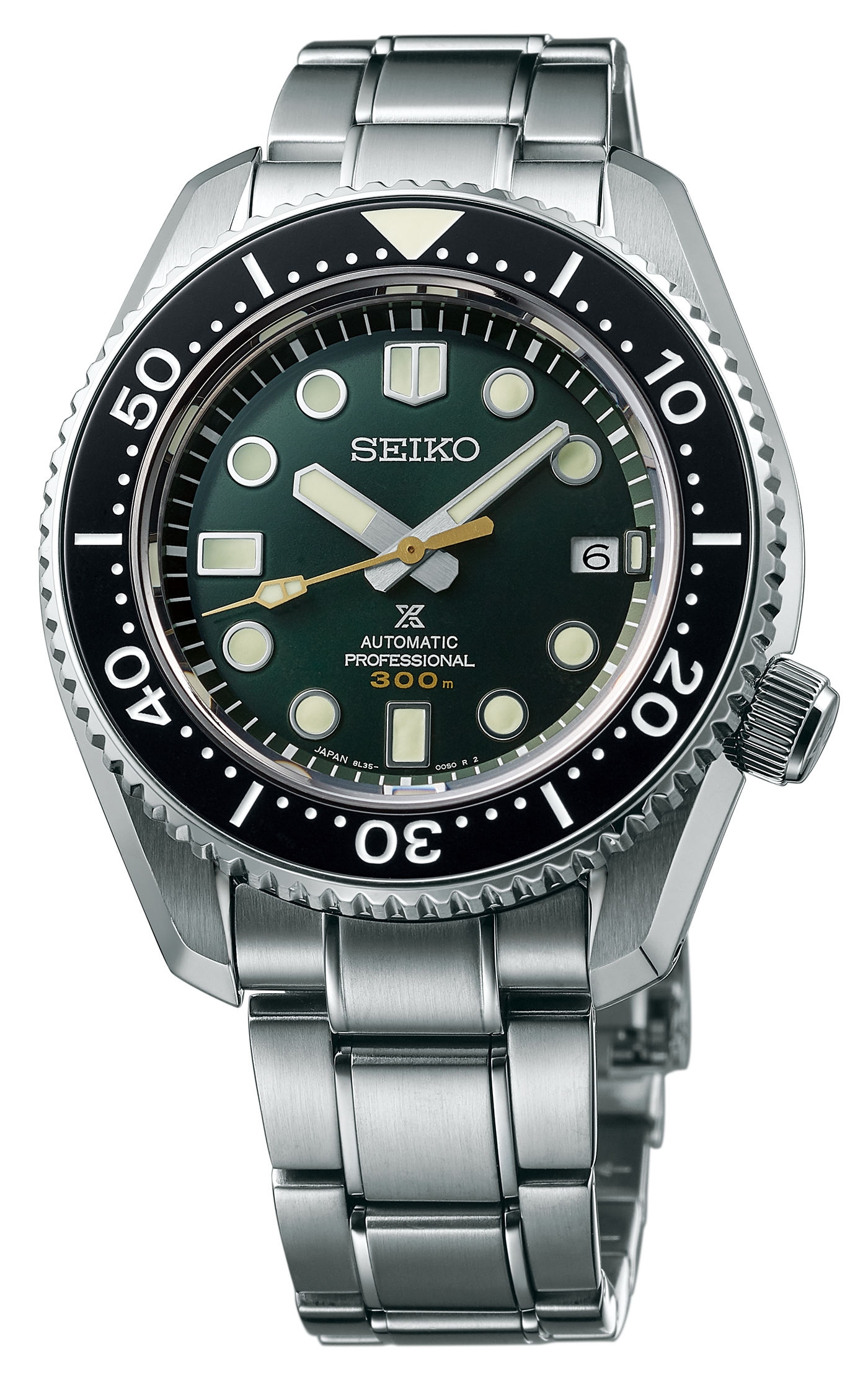 All three models in this 140th anniversary series share stainless steel case designs with their regular production counterparts. For the Seiko Prospex SLA047, this is a remarkably faithful interpretation of the original 1968 Hi-Beat Diver form. Like its ‘60s forebear, the sharply faceted 44.3mm “Grammar of Design” case is dominated by its angular case side construction, creating a flowing polished outer bevel that runs the length of the case down the lugs. This beveled edge, along with the sharp undercut towards the caseback, allows this case to wear substantially smaller than the numbers might suggest. Of course, at 15.4mm thick, there’s no denying this is a tall watch, thanks in large part to the substantial Seiko dive bezel. The SLA047’s case provides a hefty 300 meters of water resistance. The 42mm case of the Seiko Prospex SPB207 follows the same 1968 inspiration as the SLA047, but reimagines the shape for modern tastes. The result is smaller, more streamlined, less aggressive, and notably slimmer at 12.5mm in overall thickness. Despite the smoother appearance, the SPB207 still provides a respectable 200 meters of water resistance. Lastly, the 44.5mm case of the Seiko Prospex SSC807 follows cues from the modern Prospex Solar Chronograph line, with some shared similarities to the cult favorite Seiko Sumo diver. This includes the wide, twisted style lugs and the bolder, cleaner scale on the unidirectional dive bezel insert. Thanks to a screwdown crown and pushers, the SSC807 also boasts a 200 meter water resistance rating. All three models feature sapphire crystals, while the SLA047 and the SPB207 also add anti-reflective coating and Seiko’s proprietary super hard clear coating on the cases themselves. 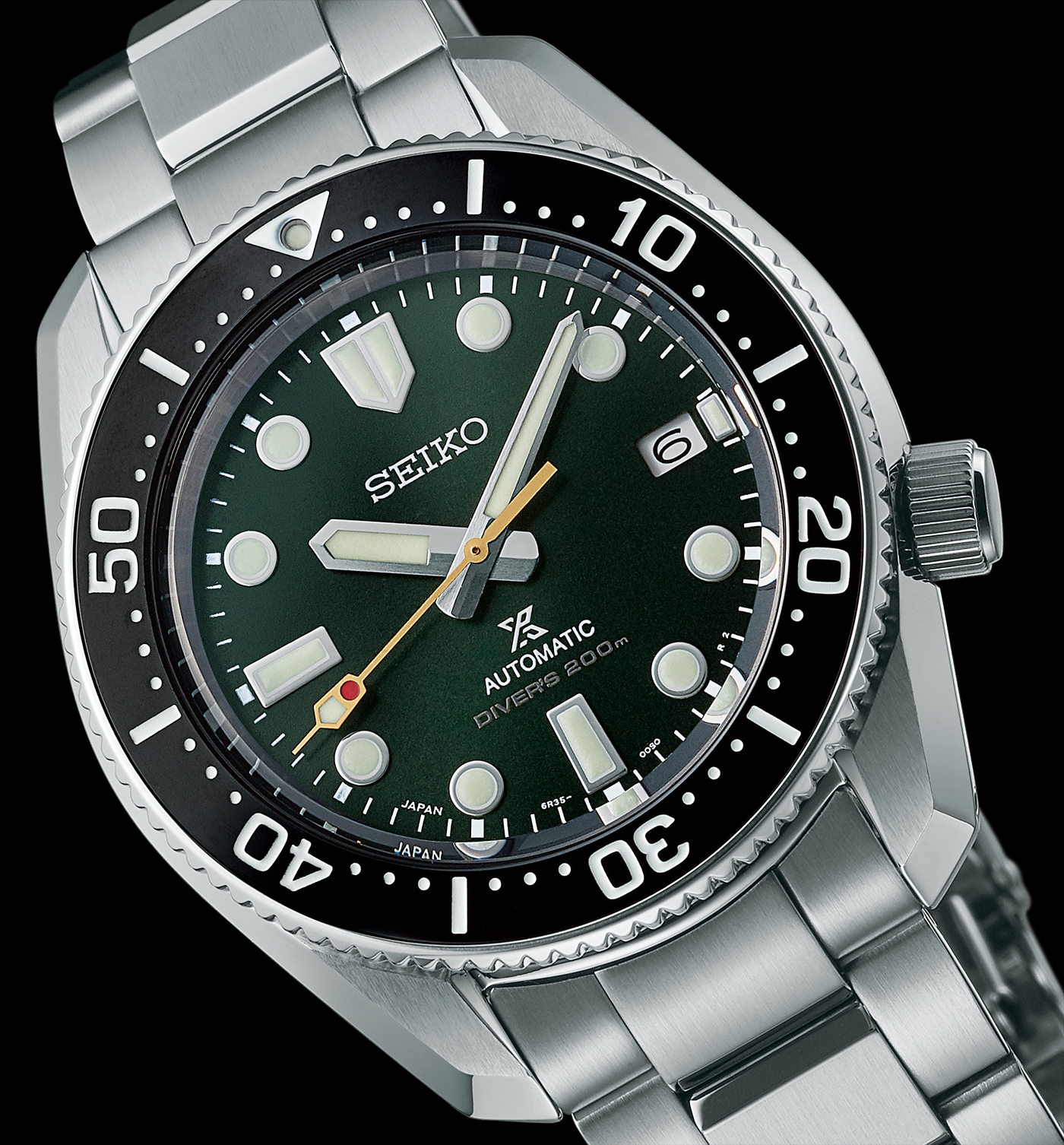 Thanks to the shared aesthetic theme, all three models feature a dial colorway inspired by the lush jungles and teeming waters of the island of Iriomote. The main dial surfaces are a dark, luxuriant forest green, accented with pops of contrasting gold for the central seconds hands and dial text. As with the cases, this leaves the dial designs of the Seiko Prospex SLA047 and Prospex SPB207 to appear almost identical, down to the distinctive Seiko “stoplight” seconds hand in gold. Like with the case designs as well, the SPB207 distinguishes itself with a slightly thinner, more streamlined take on its sword hands and applied diver indices, leaving the SLA047 to appear a touch stouter and more aggressive in images. On the other hand, the Prospex SSC807 follows the example of the current crop of Seiko solar dive chronographs with black subdials, stylized indices, and semi-skeleton sword hands. One unusual visual touch carried over from these other models is the 4:30 date window, which disrupts visual symmetry somewhat by cutting partially into the 4 o’clock index. 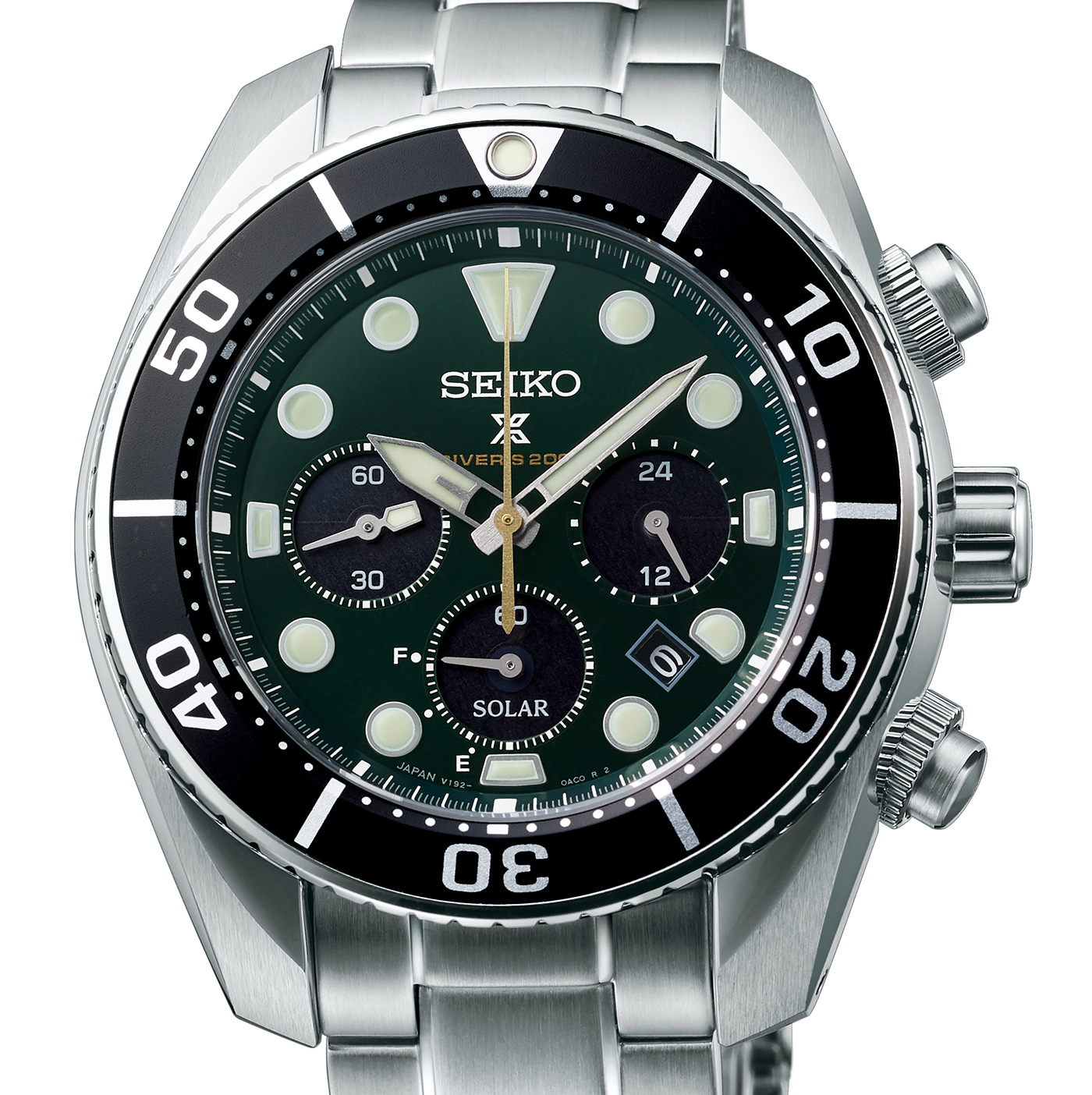 Seiko powers all three of these new limited edition Prospex models with in-house movements. For the Seiko Prospex SLA047, the brand opts for the 8L35 automatic movement. Assembled in Grand Seiko’s Shizukuishi studio along with the rest of the watch, the 8L35 is one of the most refined movements used in the Prospex line with a 50 hour power reserve and a 28,800 bph beat rate. Seiko powers the Prospex SPB207 with the 6R35 automatic movement, beating slower at 21,600 bph but with a longer 70 hour power reserve. Lastly, the V192 solar powered quartz movement inside the SSC807 offers accuracy within 15 seconds per month, along with a 1/5 second chronograph and a power reserve indicator when the chronograph is not in use. 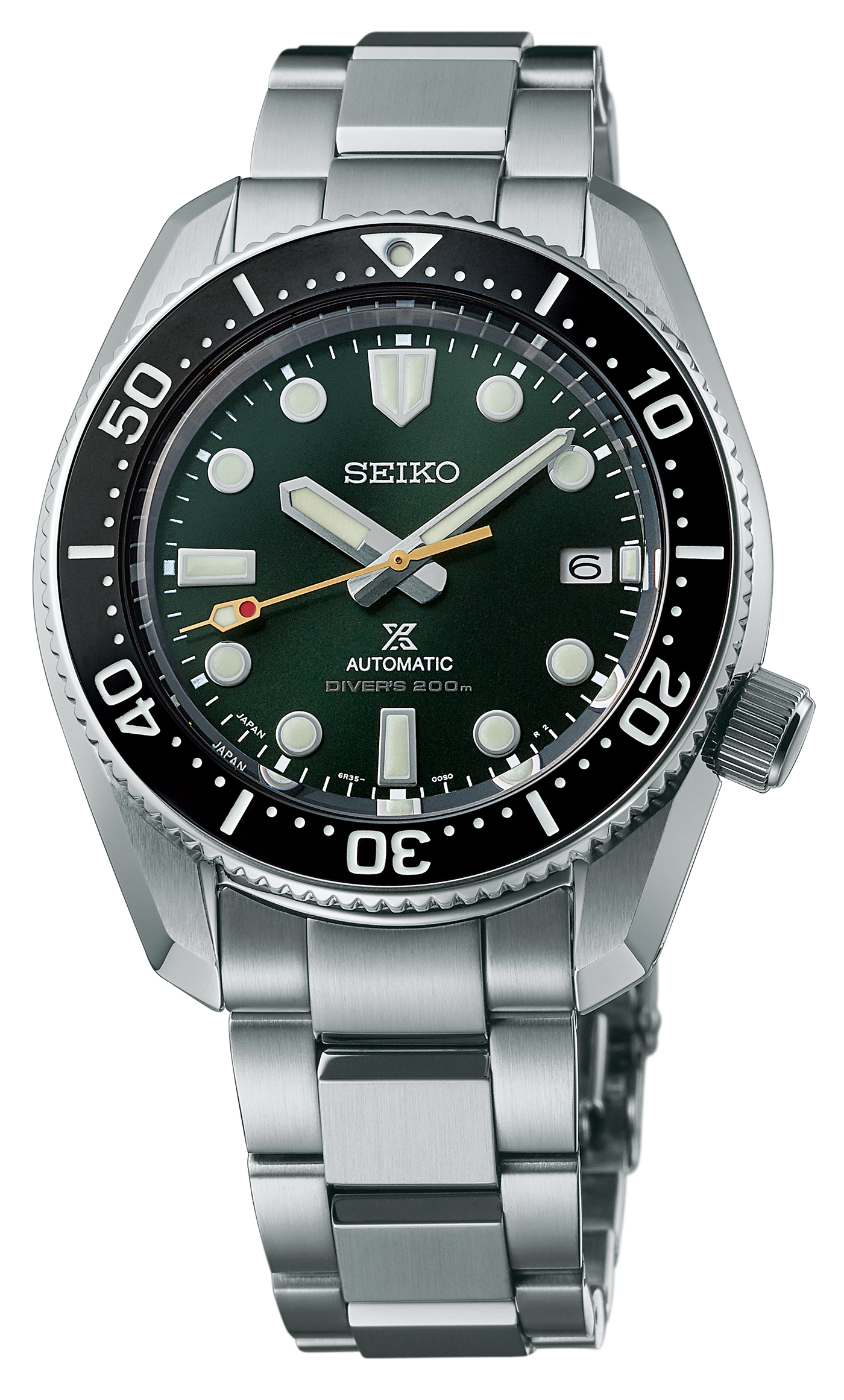 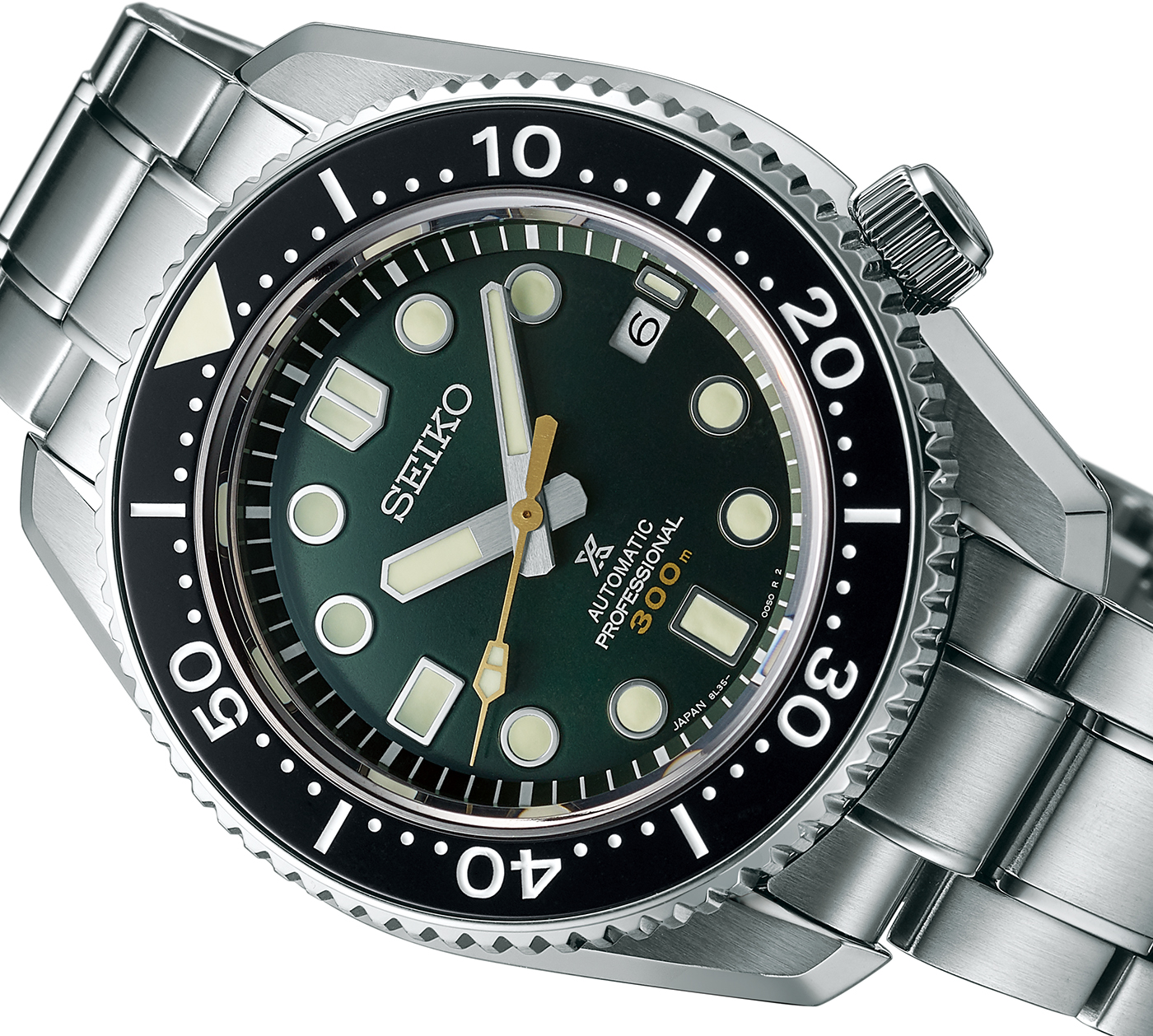