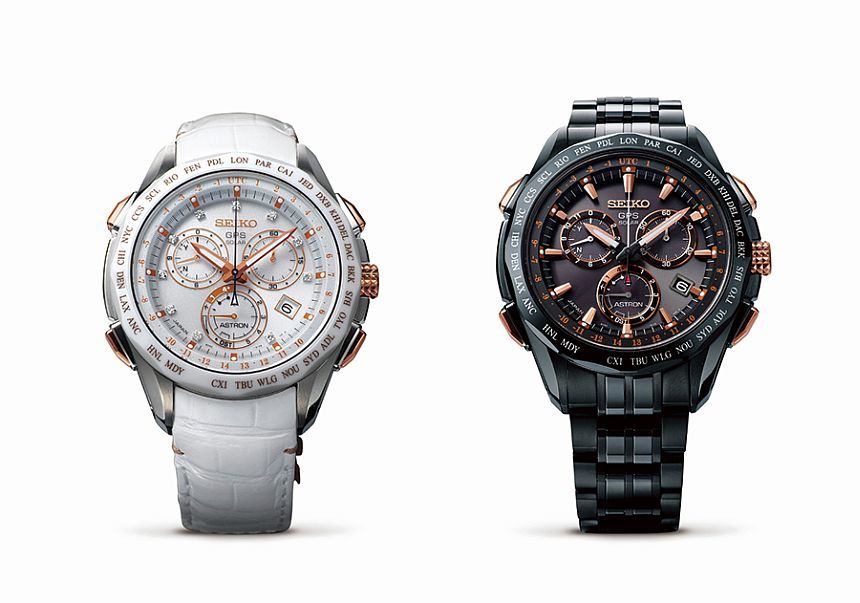 When it comes to quartz-driven watches that maintain accuracy via some sort of outside reference input, you have traditionally been limited to watches that receive atomic timekeeping signals from observatories around the world. That changed in 2012, with Seiko hooking their watches up to GPS satellites. Two years down the road, we now have a new limited edition Seiko Astron GPS Solar Chronograph in a “his and her’s” design configuration.

Debuted at Baselworld 2014, Seiko released a new movement for the Astron. Many times, when we talk about a new movement, we focus on the mechanical side of the house, as those (traditionally) hold the most interest – but that is not to say that quartz movements cannot offer interesting developments. The Astron was an extremely important and highly impressive step forward, and now, Seiko actually managed to downsize it with their new 8X82 caliber, all the while increasing ease of use (in particular, time zone switching). The size reduction is due mostly to making the movement more efficient with its energy consumption, as well as a smaller antenna. For more details on the new movement, read our hands-on with the Seiko Astron Chronograph from Baselworld 2014 here. 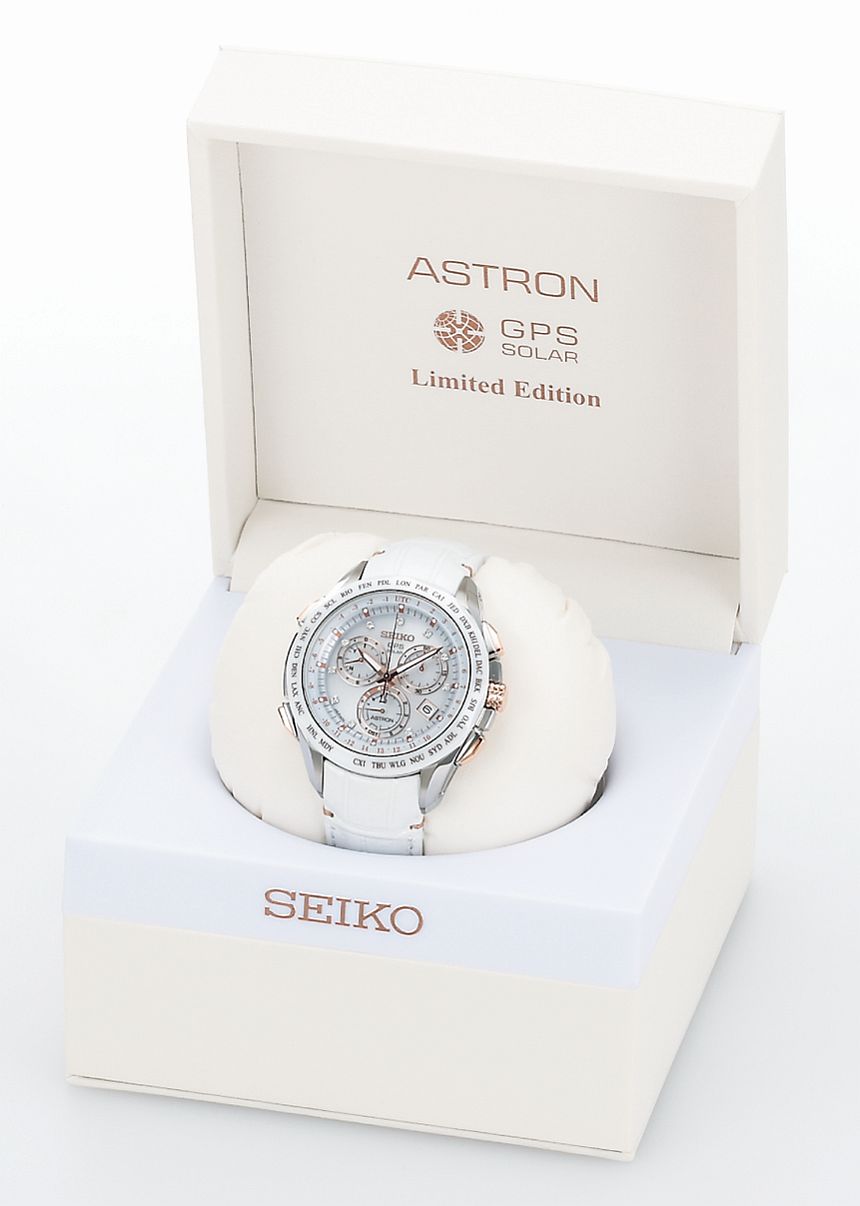 Seiko is also claiming that the size reduction is allowing them to use more colors in the dial (I am not sure how that particular math works out but I presume that has to do with the solar panel on the face of the watch), but nonetheless, there are two new colors that have been released. For the first time, they have a ladies-oriented model, which keeps the same 45mm titanium case, but is on a strap instead of a bracelet, with white being the predominant color. Oh, and lacking anything else to communicate femininity, they slapped 10 diamonds on the dial as well.

Allow me a small sidebar here: this move to create a “women’s” version just seems a bit lazy to me. Taking the existing model (which is generally targeted at men), putting a coat of white paint and some sparkly gems on it just seems like a lazy move. Sure, it is not the first time we see this happen, and yes, women are wearing larger watches – although clearly not all of them. So, with the technical developments in place, I wonder why not leverage the smaller movement into a smaller case? Yes, I am not the target audience, but this is certainly not a watch I would imagine buying for my wife. 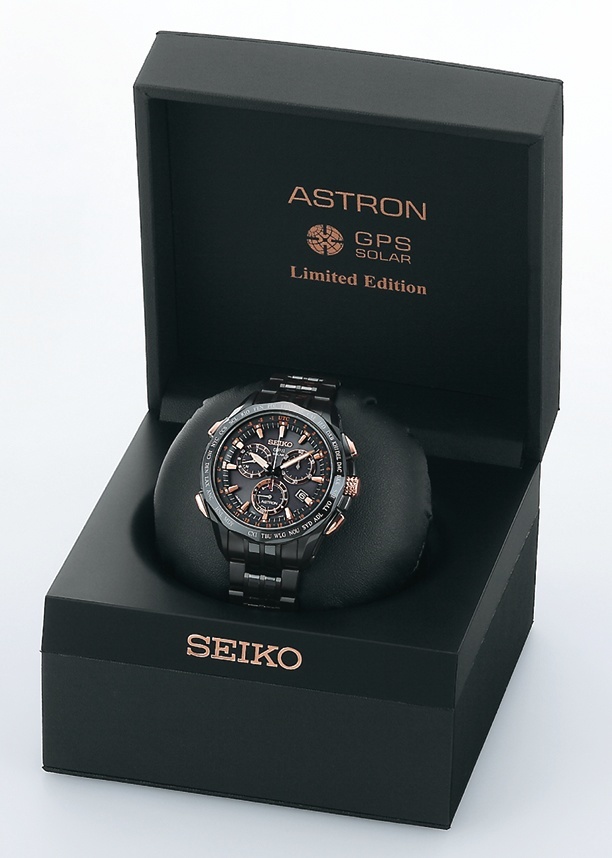 Ok, let’s get back on track. For the men’s model, the titanium case is wrapped in a black finish, as is the bracelet and dial. Both watches feature a ceramic bezel, some dark argent touches throughout, as well as gold finishes on the handset, indices, and pushers. In short, while these are definitely gadget-driven sport watches, they have a more refined look. Perhaps not quite for evening wear, but anything short of that should work.

If you are looking to pick up a Seiko Astron GPS Solar Chronograph, and think they might cost the same as existing crop of atomic solar watches, you will need to adjust your expectations a bit. The women’s model (SSE021) will be in a limited edition of 1,000 pieces at a price of about $4,100, while the mens model (SSE019) will have a run of 3,000 pieces, and come in at a price of about $3,900. seikowatches.com 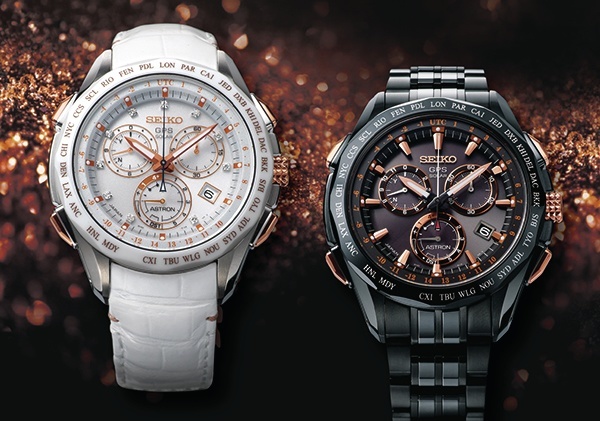