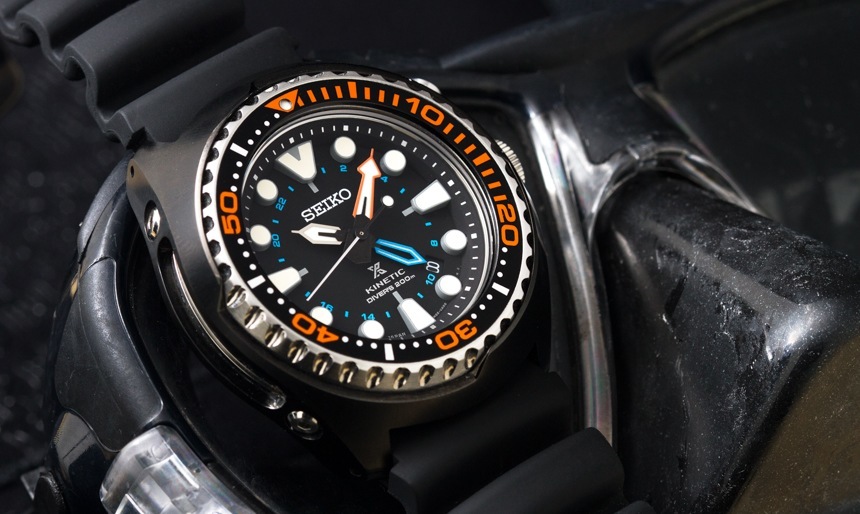 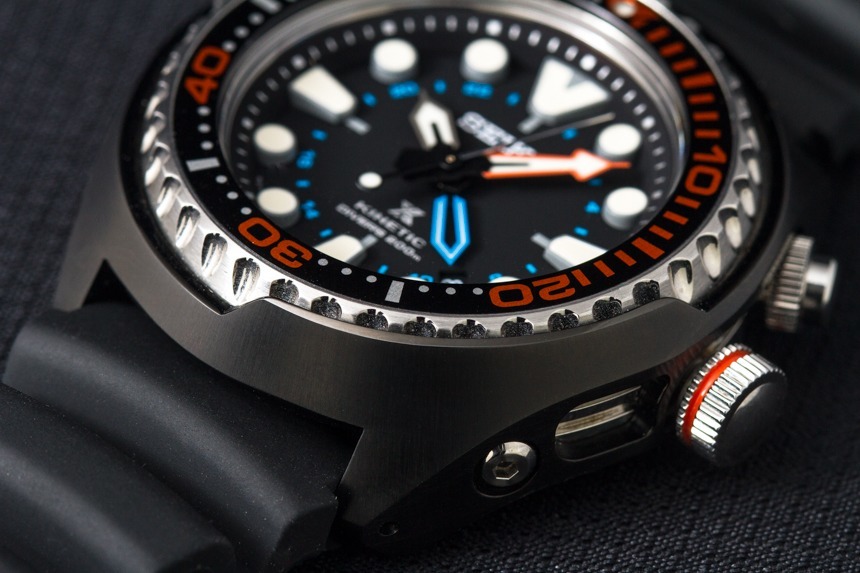 Following a negative entry (jumping out of the boat with no air in my BCD, allowing for immediate descent), we would be diving on LCU, a WWII landing craft that was sunk specifically for diving. While sinking the large steel box (this LCU was designed for vehicles and is much larger than the LCU designed to deliver troops to shore), the craft flipped upside down and now forms a makeshift cave that is a great place to see White Tip sharks and eagle rays.

Immediately upon hitting the surface, I could see the bulk of the LCU sitting some 80 feet below me. The current was very strong and combined with a fast descent, gave me the impression of slow motion flight. With a few short blasts of air, my BCD held me aloft at 90 ft – looking at the impressive steel structure and its community of barracuda, massive green sea turtles and schooling fish. I’ve been fascinated by sharks since I was a young boy and I immediately headed for the narrow opening formed as the LCU tilted away from the sandy floor. Inside the LCU was larger than I expected and was backlit by the bright blue world outside its thick steel walls. Any opening worked as a spotlight and almost immediately the slow relaxed silhouettes of circling sharks came into focus. There were perhaps a half dozen small White Tips relaxing within, and I got the impression that they couldn’t care less about us divers. 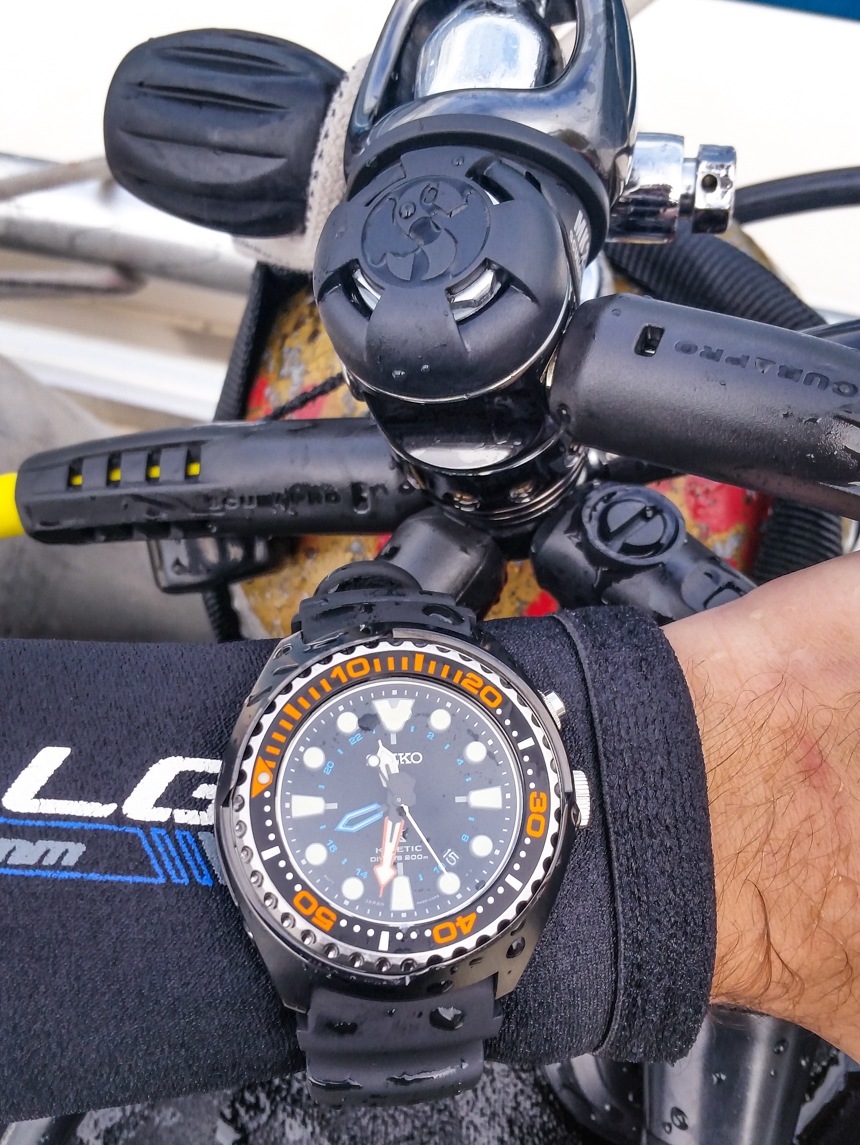 While perhaps not the most stereotypically relaxing scenario, there, inside a dark steel box under 90 feet of glorious blue sea water, I was in my own world. Weightless, warm, and entirely transfixed by my first face-to-face experience with sharks. I know that for many divers, this is entirely common and not something they would choose to write about. White Tips offer no bragging rights and are not at all dangerous, but I loved every minute of my time with the sharks at LCU.

That time was cut short as the water rang with the sound of our guide striking his tank, signaling us to ascend to 50 feet and let the current carry us on to the next stop, a shipwreck called “New Barge.” While in the current, flying some 40 feet above the sea floor, we passed over a large Sandbar shark but he bolted as soon as we attempted to drop in on him. As much as I enjoyed my time with the White Tips, I have to admit a pang of fear when I first saw the Sandbar’s shape appear below me. Initially I had thought he was a Bull Shark, but our guide wrote “Sandbar” on his slate and would later confirm that it was a rare sighting. 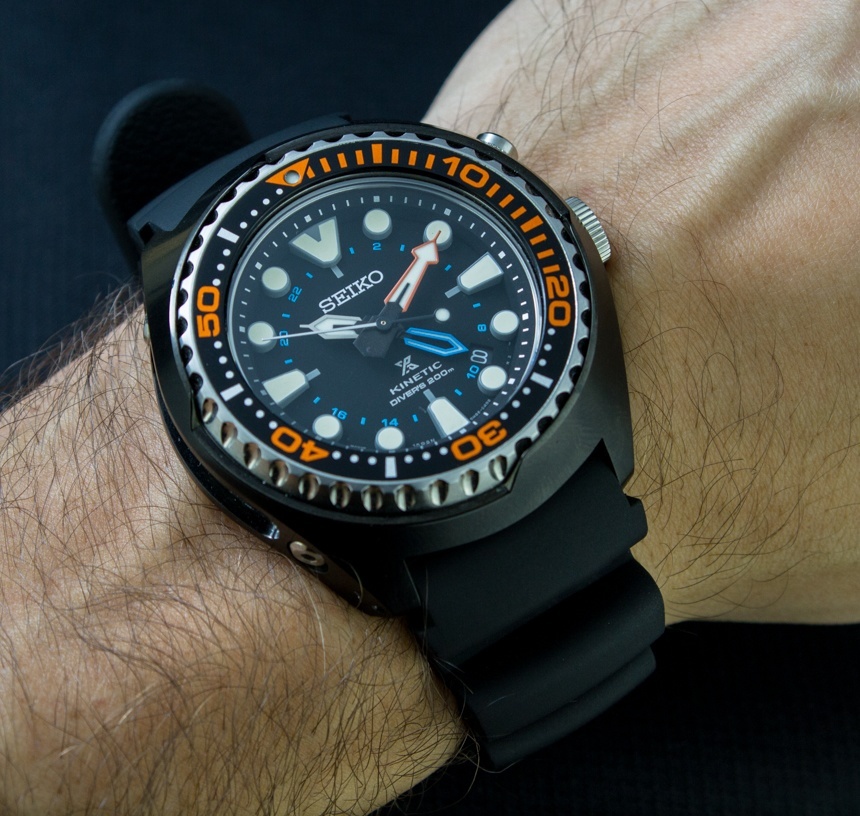 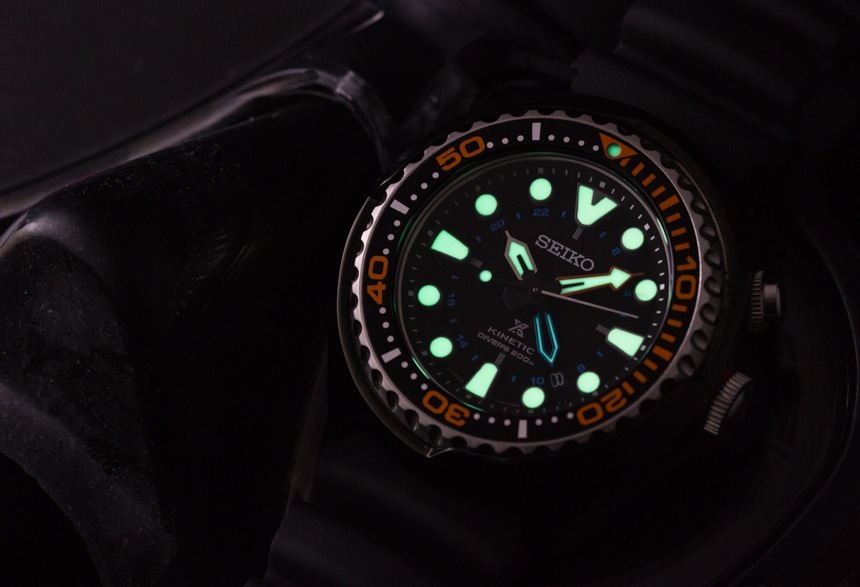 New Barge was a large and mostly intact structure with access to the inner hold, which while dark, was packed full of colorful fish that drifted between rays of sunlight cutting into the ship’s hull. Our final stop was on a yet-unnamed wreck of a large catamaran. After a short poke around, some of our group was running low on gas, and it was time for a relaxing hang in the current as we let the boat team know we were on our way up.

In all of my diving, the Seiko Prospex Kinetic GMT SUN023 performed just as it should, as a safety backup for my primary computer. Legibility is excellent and even in heavy surf I had no trouble setting the bezel, even with bare hands. Beyond the diving, the Seiko Prospex Kinetic GMT SUN023 is simply a very wearable (but large) dive watch with a functional design, fuss-free movement and travel-ready feature set. Believe it or not, it was the only watch I took with me for a week of touring Oahu. 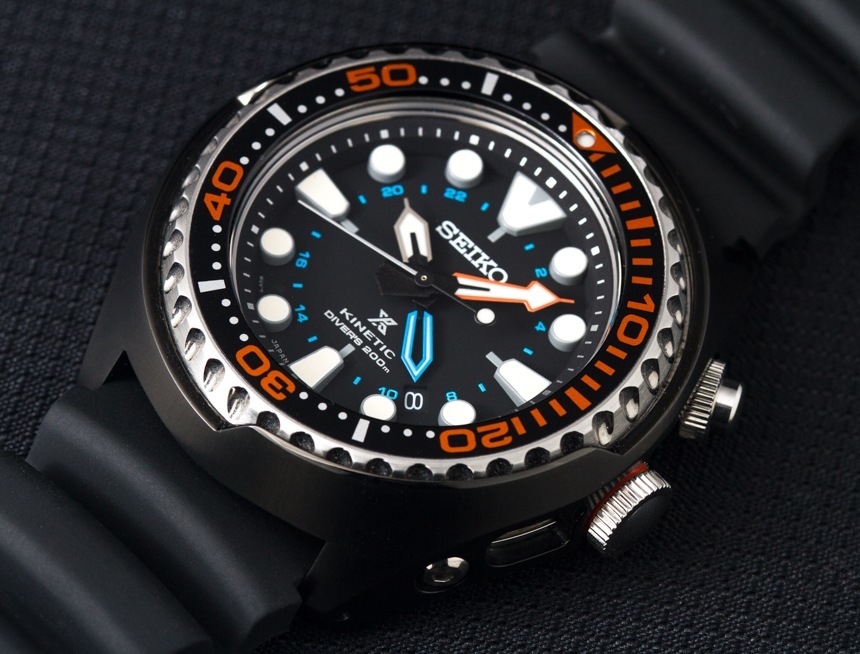 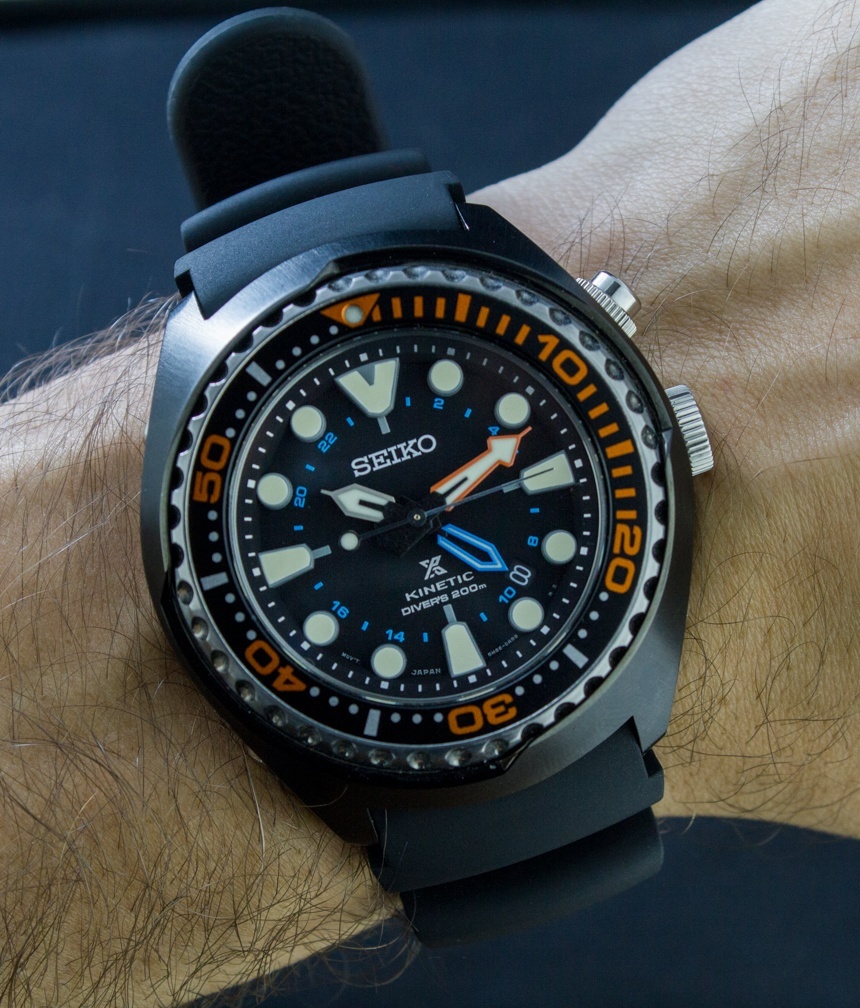 On the included long rubber strap, the Seiko Prospex Kinetic GMT SUN023 is comfy and no doubt vacation-ready. For my nearly 7-inch wrist, the strap tail was almost laughably long when not being used to accommodate the extra width of a wetsuit sleeve. When not diving, I opted for a simple black kevlar strap which complemented the casual design of the Seiko Prospex Kinetic GMT SUN023 and made for a very comfortable wrist presence. Weight is just 154g on the rubber strap and the short lugs allow for a lug to lug length of 51mm – not bad, for a 48mm wide watch. 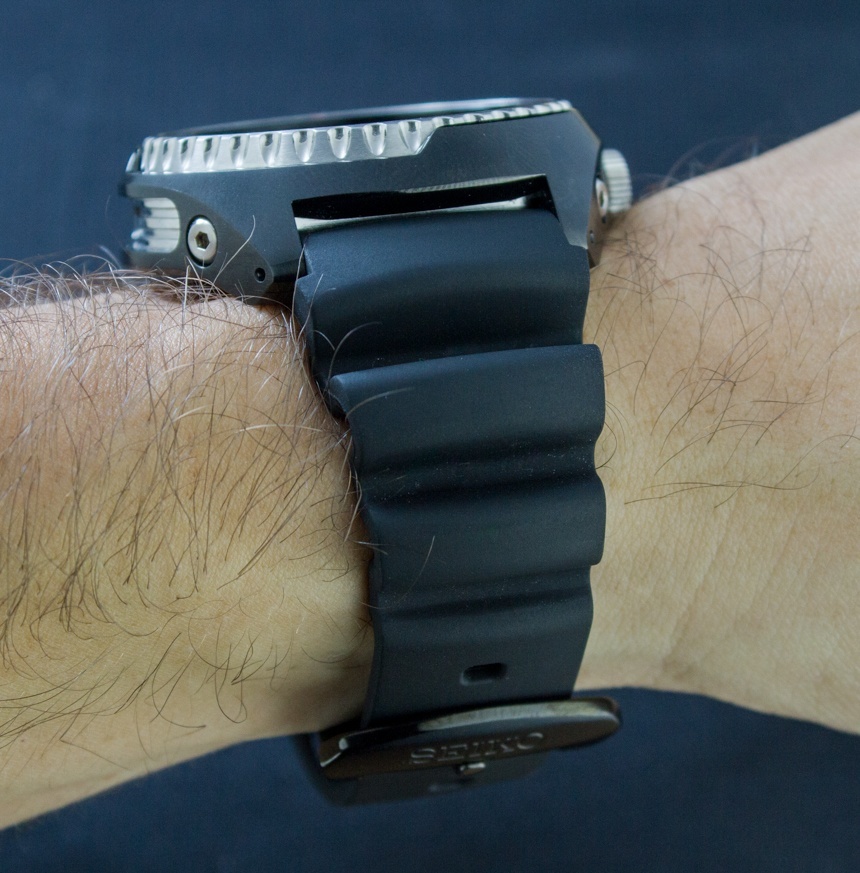 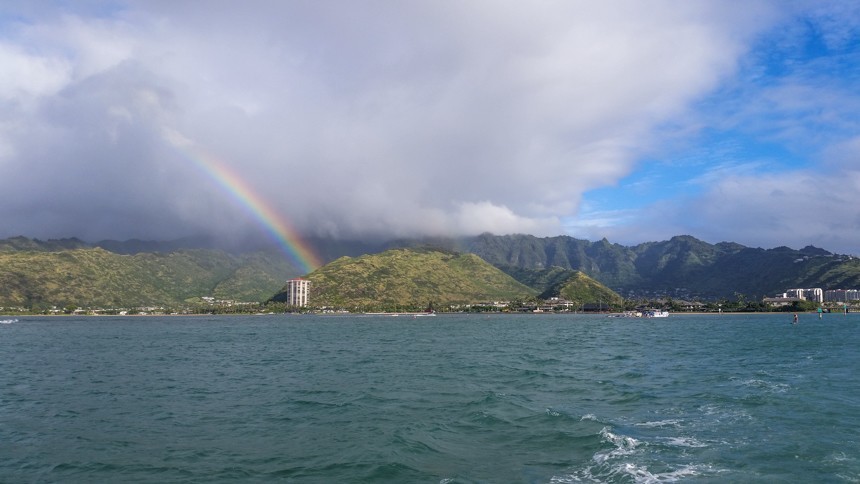