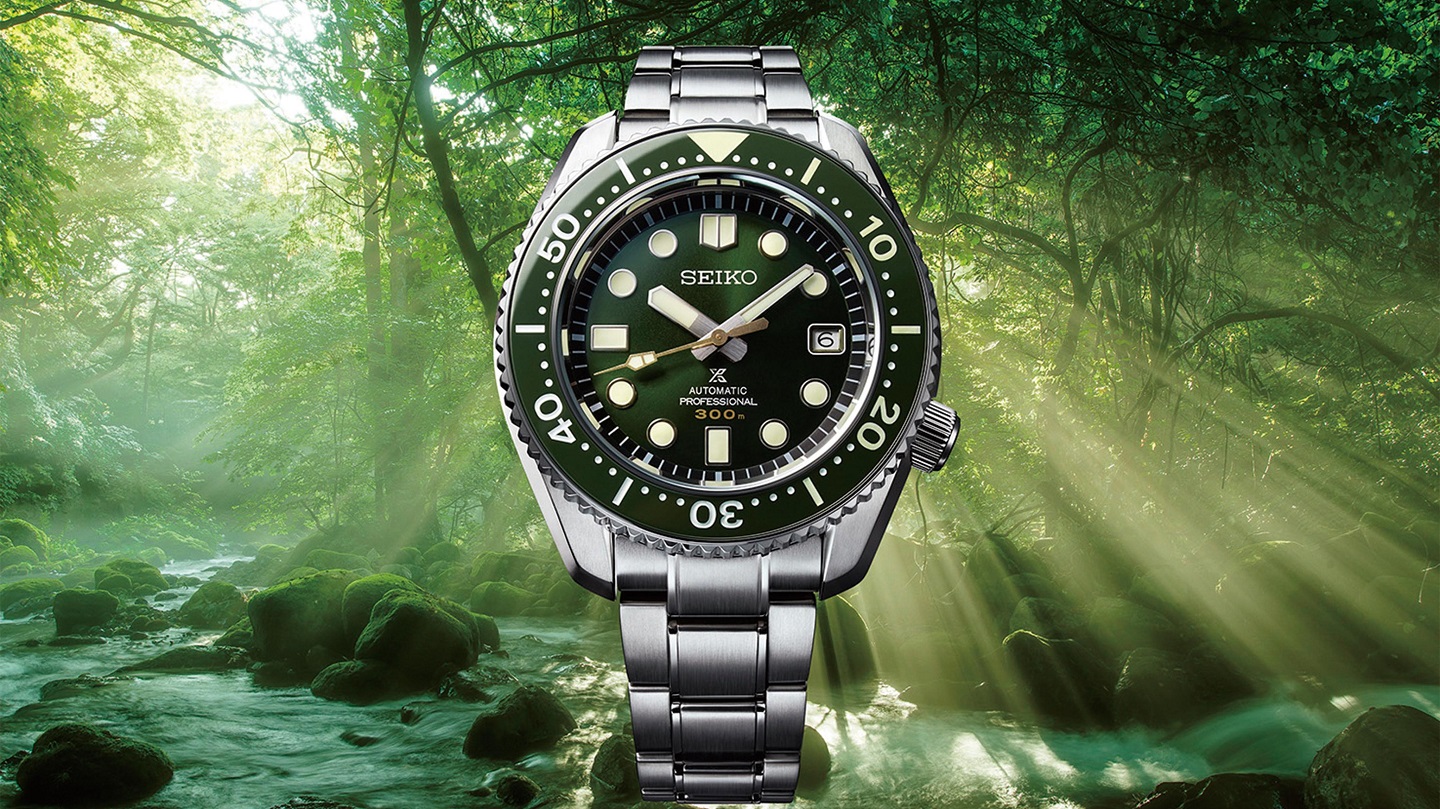 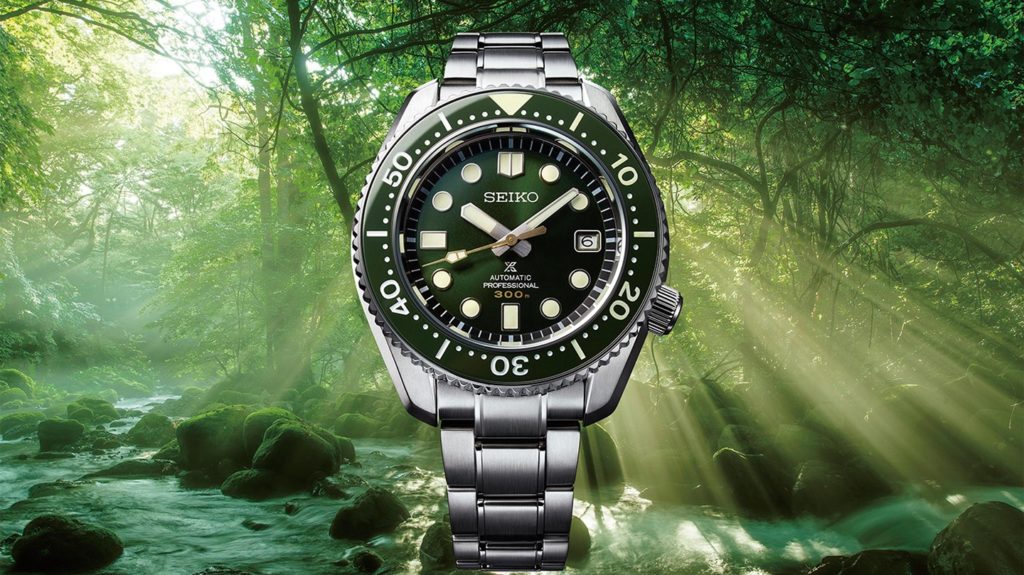 After the discontinuation of the SBDX017 MarineMaster 300, Seiko released the Seiko Prospex SLA019 Limited Edition at Baselworld 2018. Seiko dive watch fans will no doubt recognize this as the green cousin of the MarineMaster 300 SBDX017. After Seiko abruptly discontinued the SBDX017 earlier this year, I was prepared to see some sort of update to the line for Basel this year. What we got, it seems, is the green-dialed SLA019, limited to 1,968 pieces as part of the commemoration of the High-Beat movement anniversary for Seiko. 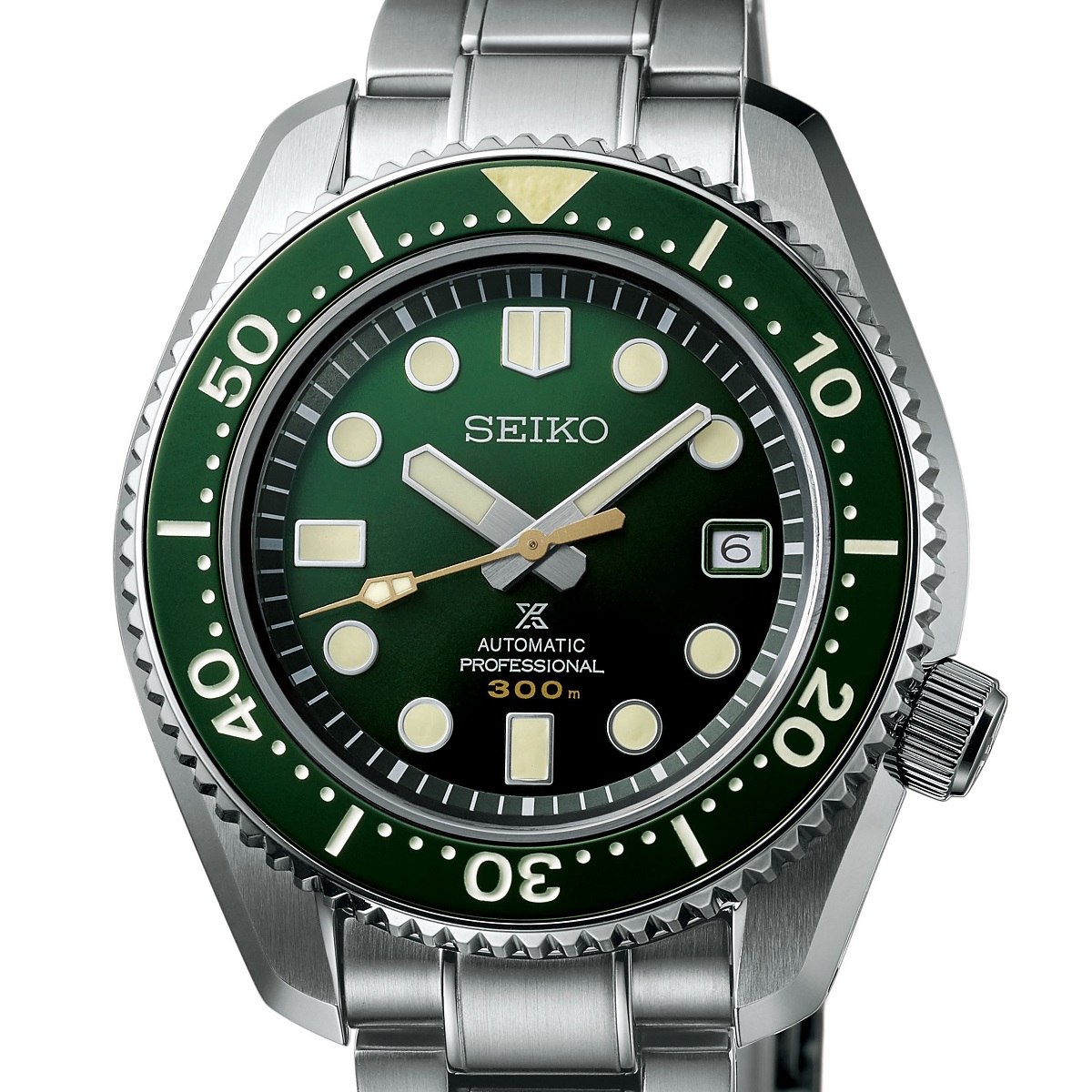 Being an admirer (and owner) of the SBDX017, I was both surprised and saddened when I read of Seiko’s decision to discontinue the model earlier on this year. While I’m excited to see the design make its triumphant return to Seiko’s lineup in the form of a limited edition, I’m disappointed it wasn’t released alongside a normal production update of the MarineMaster 300. That being said, I really like the SLA019. It carries with it many of the things that I like about Seiko, such as its awesome design inspiration backstory – the green dial color was based off the cedar trees on the island of Yakushima in Japan, a popular diving spot. Green is definitely not going to be everyone’s cup of tea when it comes to watches, but in my eyes, Seiko pulls it off well with this design.

The shade of green chosen is something that could easily work for a daily watch, and the bezel and dial are matched well. Aside from the colorway and the new zirconia ceramic bezel (previous MarineMaster models had painted steel bezels), the guts of the Seiko SLA019 are very similar to that of the SBDX017. Still beating inside is the 8L35, which is essentially an undecorated Grand Seiko movement. Covering the dial is a sapphire crystal with anti-reflective coating , and still coating the case is the Diashield anti-scratch coating. Despite this, I have no doubt the SLA019 is going to be a hit among the Seiko devoted (even if it has the Prospex logo on the dial). The Seiko Prospex SLA019 Limited Edition is limited to 1,968 pieces and is priced at $3,250. seiko.com