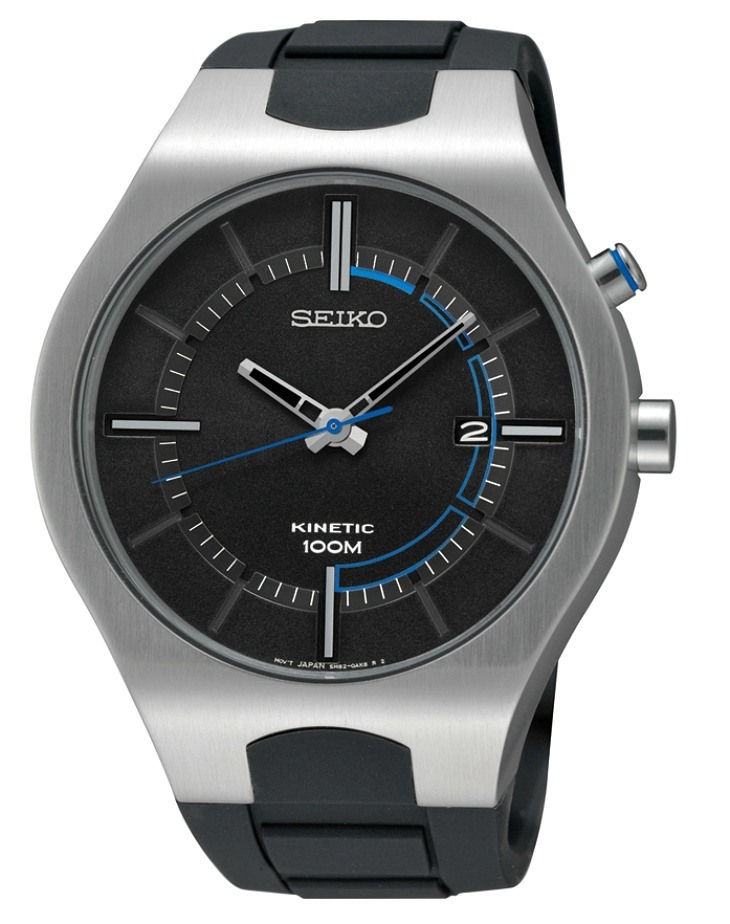 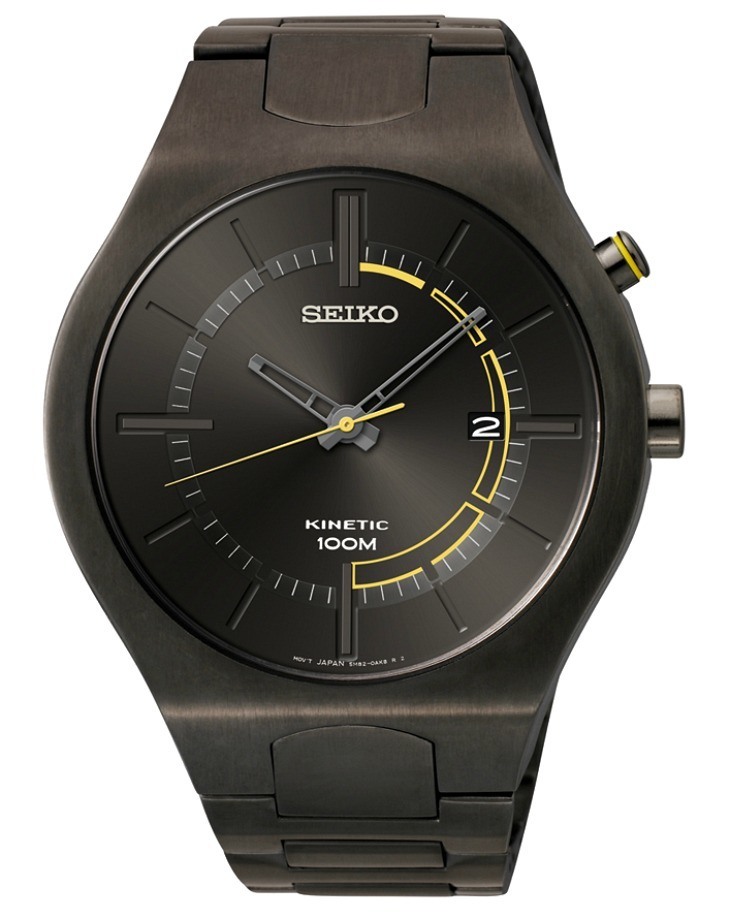 Nevertheless, it was in 1988 that Seiko made its then very innovative Kinetic family of watches available for sale for the first time. This was two years after debuting a Seiko Kinetic concept watch at Baselworld 1986. Kinetic was a fantastic creation that for the first time built a bridge between mechanical and quartz movements. It used the concept of the spinning rotor in an automatic movement to charge a battery. This was a huge deal at the time, and Kinetic watches remain popular today. Inside the Seiko Recraft Kinetic watches is the Seiko caliber 5M82 movement, which offers the time, date, power reserve indicator, and a power reserve of 6 months. In order to view the remaining charge of the battery you press the pusher at 2 o’clock and then the seconds hand temporarily moves to the half circle scale from 12 to 6 o’clock on the dial which is the indicator. The system works rather well and has done so for about 25 years.

Seiko hasn’t exactly stopped making Kinetic movement based watches, but their designs have evolved. At the time of their launch, the watches that contained Kinetic movements were very futuristic looking. Just look at the rich assortment of designs in the Seiko Arctura collection from the late 1990s and early 2000s. Of course, many of these models only left Japan in limited quantities. Don’t forget that, for a long time, a Seiko Kinetic watch was the height of cool and the height of technology.

The new Seiko Recraft Kinetic watches come in 45mm wide steel cases, which are about 12mm thick attached to a detailed black silicone strap or bracelet. In a 1990s retro sort of way, the two current models have a pleasant futuristic appeal that mixes a lot of swoopy lines and angles for the dial elements. An interesting new feature, according to Seiko, is a display caseback that allows for a view of the movement with its automatic-style rotor. I would say that, overall, the design of the SKA649 and SKA651 models are very urban chic. The SKA651 model is in steel with a blue accented dial, while the  SKA649 is IP black coated steel with yellow dial accents on a matching bracelet. Retail price for the Seiko Recraft Kinetic SKA651 is $295 while the SKA649 retails for $375. seikowatches.com