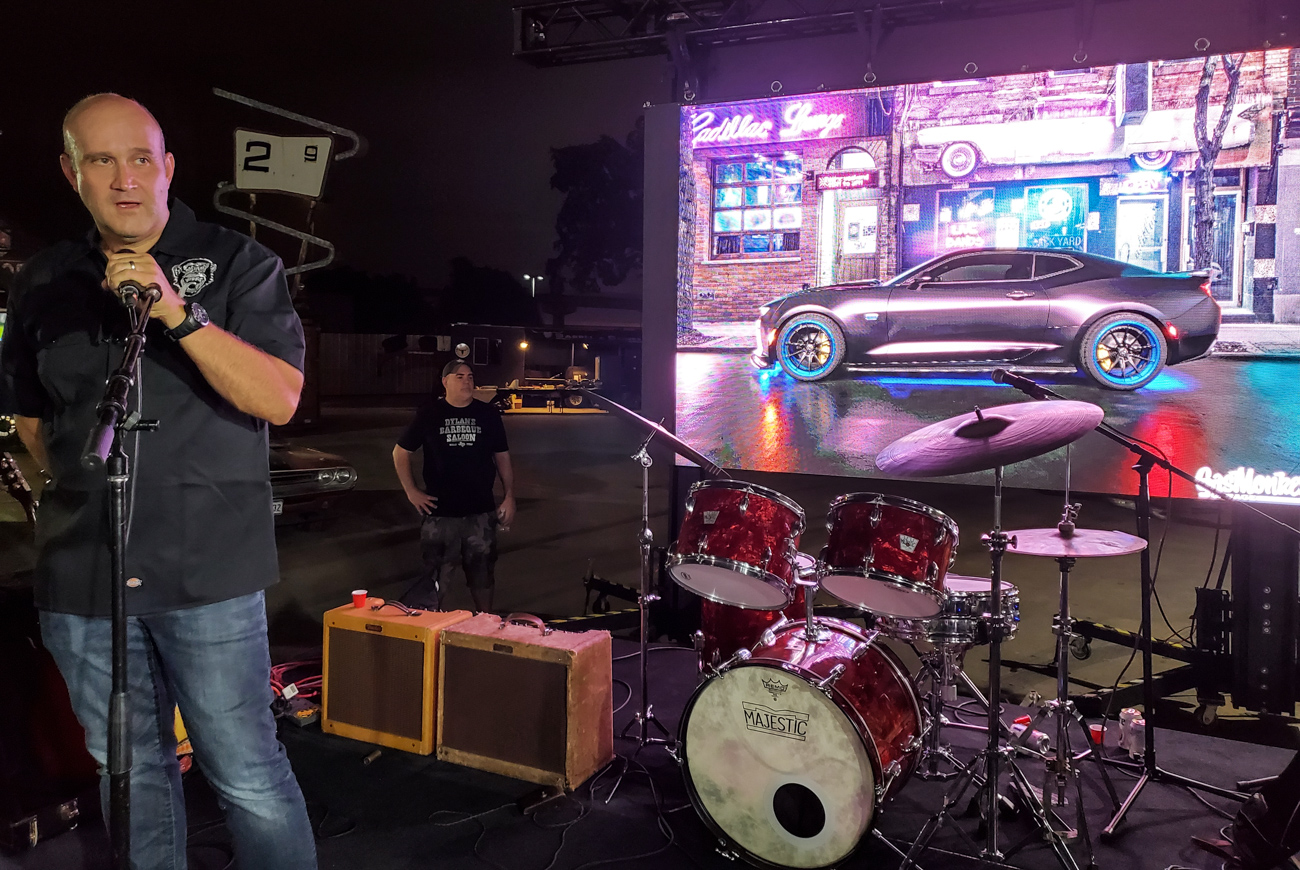 In Dallas, Texas Japanese watchmaker Seiko and Texas-grown car garage and entertainment brand Gas Monkey flew in 20 finalists to win a car. The event, and surrounding sports car giveaway campaign, can only be described as a particularly American-style ritual of creating a brand marketing experience. Seiko toured a one-of-a-kind car as a winnable trophy to a series of cities around the United States beginning with New York City. Seiko enlisted remarkably enthusiastic retail partners to get Seiko customers to enter for a chance to win the car (among other prizes). It all culminated in late September on a still-warm evening outside of Dallas. 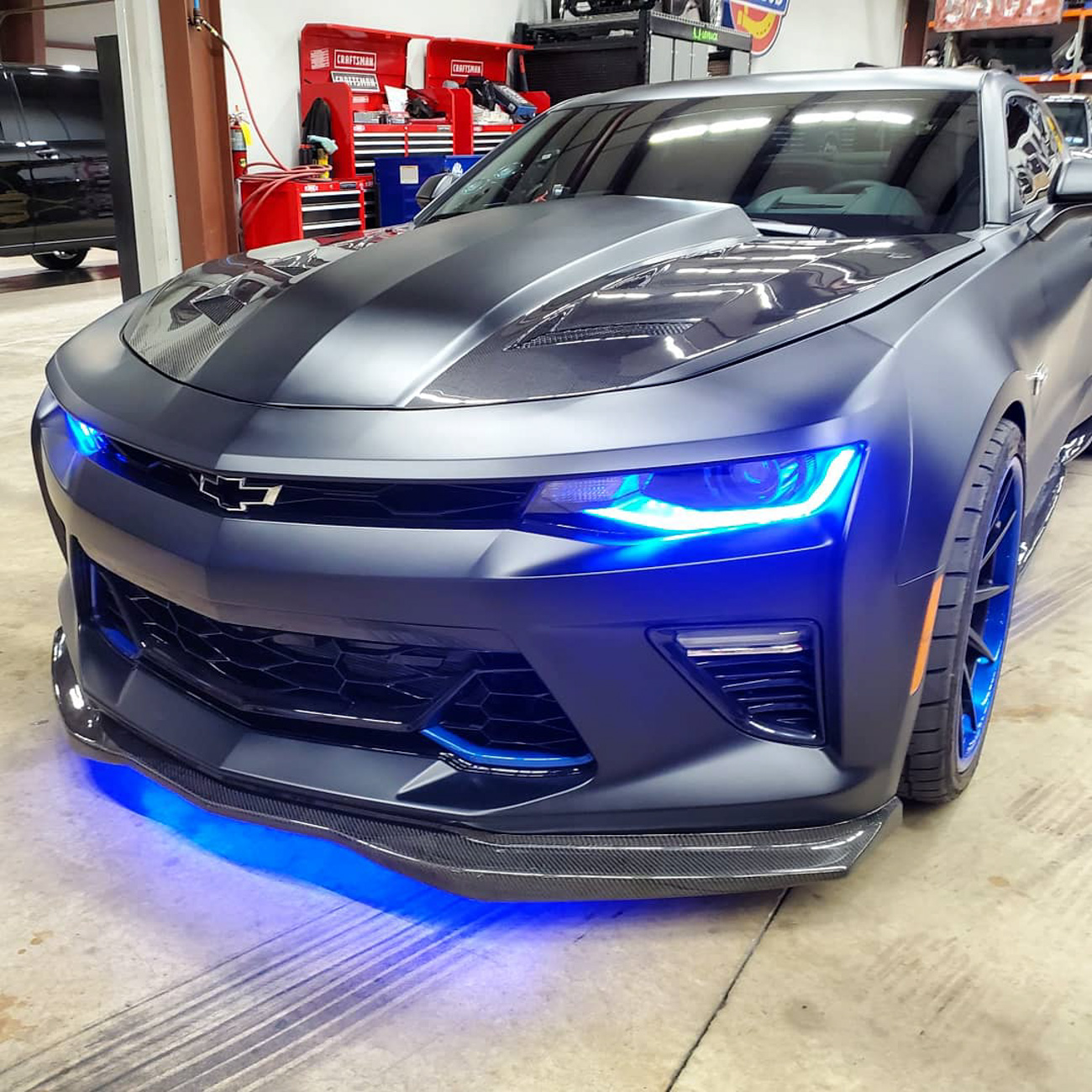 With a Texas rock band playing and always-satiating Southern BBQ cooking, Seiko fans from around the nation gathered at the popular Gas Money Garage with its charismatic owner and host, Mr. Richard Rawlings. Popularized by the Discovery Channel show Fast & Loud, Rawlings represents a particularly valued form of American entrepreneurship, which sees him and similar self-made men and women branch out into strong personality brands who have built a media and merchandise empire around having fun and sharing the experiences with their audiences. In this regard, I refer to people like Mr. Rawlings as “blue-collar heroes” — guys and gals who come from and remain in working-class jobs (at least seemingly so), but can make it rich by leveraging the strength of their personality as well as their talents. One of my favorite examples of such a personality is Dolly Parton — and, ironically or not, the power of these working-class successes is greatest outside of key international cities such as Los Angeles or New York (where most blue-collar working-class Americans live). Gas Monkey Garage is as much a slick television set as it is a functioning garage and a well-appointed merchandise center. And its relationship with Seiko is, like many things in life, almost entirely a coincidence. 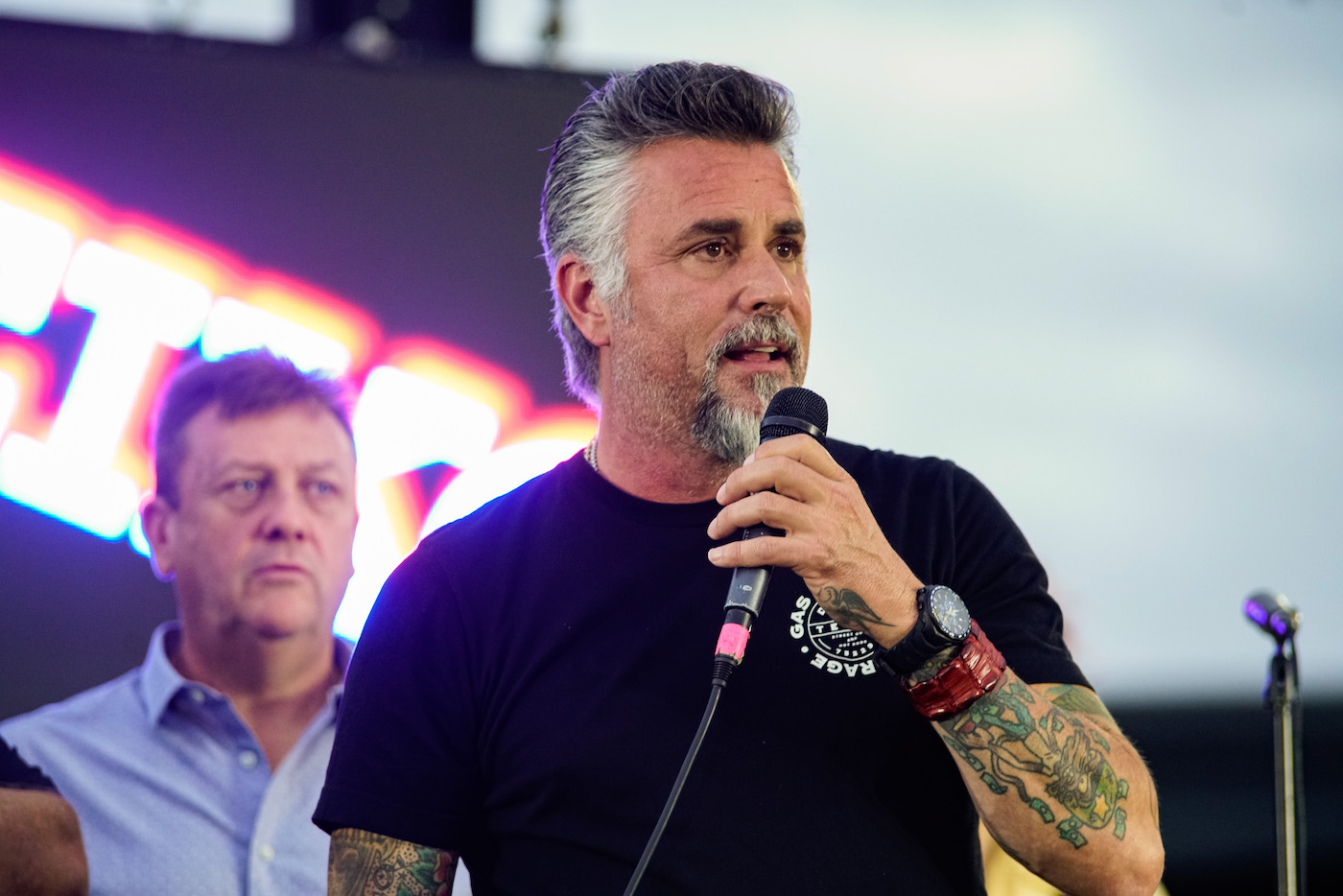 But not entirely a coincidence. Seiko USA currently has the open-minded, yet experienced, leadership to make these original marketing experiences happen. While Japan is still cautious about making serious monetary investments that would allow for more blankets of communication around the U.S., they seem to be developing an appetite for trusting the American team to create and execute marketing concepts. In fact, this is the biggest issue the watch industry is currently facing: not listening to locals when it comes to running their own markets. Seiko, and to a large degree Grand Seiko, as well, are ahead of the curve when it comes to letting America, as a market, make marketing and communication decisions on its own.

So, what business does Seiko have ordering a flashy Chevrolet Camaro and then giving it away in the most American way possible? The answer is probably not what you expect. It turns out that one of the more recent generation Seiko Coutura Collection sport watches has some design elements that the Japanese designer said were inspired by a recent-generation Chevrolet Camaro. When the right person at Seiko USA learned this, they decided to take the story a step further and then challenge someone to make a version of the Camaro, which is inspired by a particular Jimmie Johnson (an American NASCAR driver) limited-edition Coutura watch. 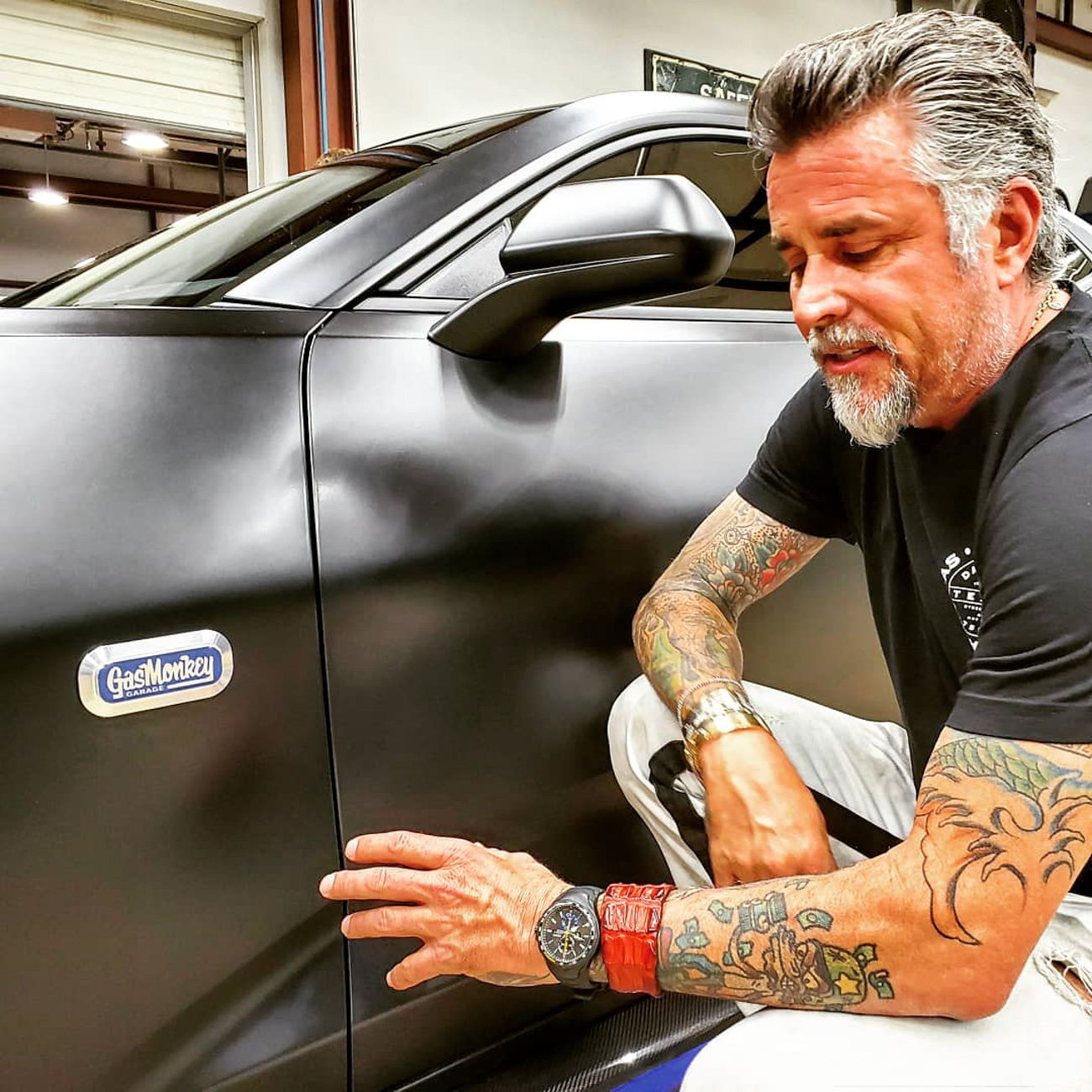 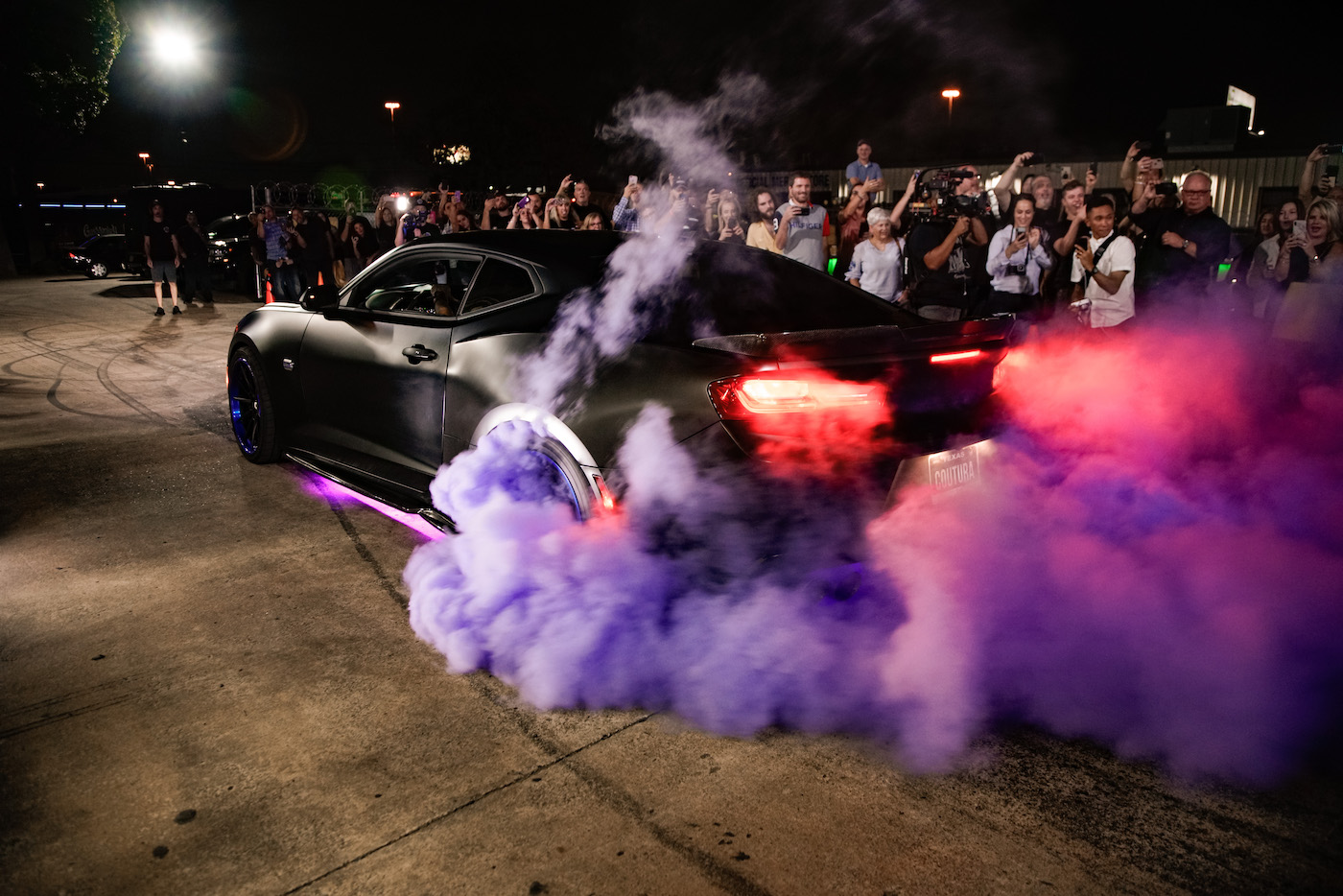 Gas Money Garage got involved because Seiko USA just happened to mention Richard Rawlings and Gas Monkey Garage in the right meeting where a partner had the right contact. What was serendipitous is that Richard Rawlings himself (no shock, since he is a car guy) is into watches and found the idea to be fruitful. Gas Monkey Garage got to work with an incredibly respected wristwatch maker, and Seiko got access to an audience of American gearheads, enough of whom will become long-term customer relationships for the watchmaker.

Why a car giveaway? Why parade a car around the country if you are a watchmaker? Why focus so much on giving free things to fans rather than selling demand to the public? These all have good answers but are sensible questions the watch industry would ask itself if posed with the question of whether or not to repeat this Seiko-style experience.

I think of the Japanese, who exist in a culture with numerous rituals and cultural identifications that, as a foreigner, I will not quite understand. Yet, those rituals are an important part of motivating the population and reminding them what values they hold dear. In the U.S., we also happen to have rituals like that, and the “too good to be true” giveaway of a prize is among the most time-honored of them. 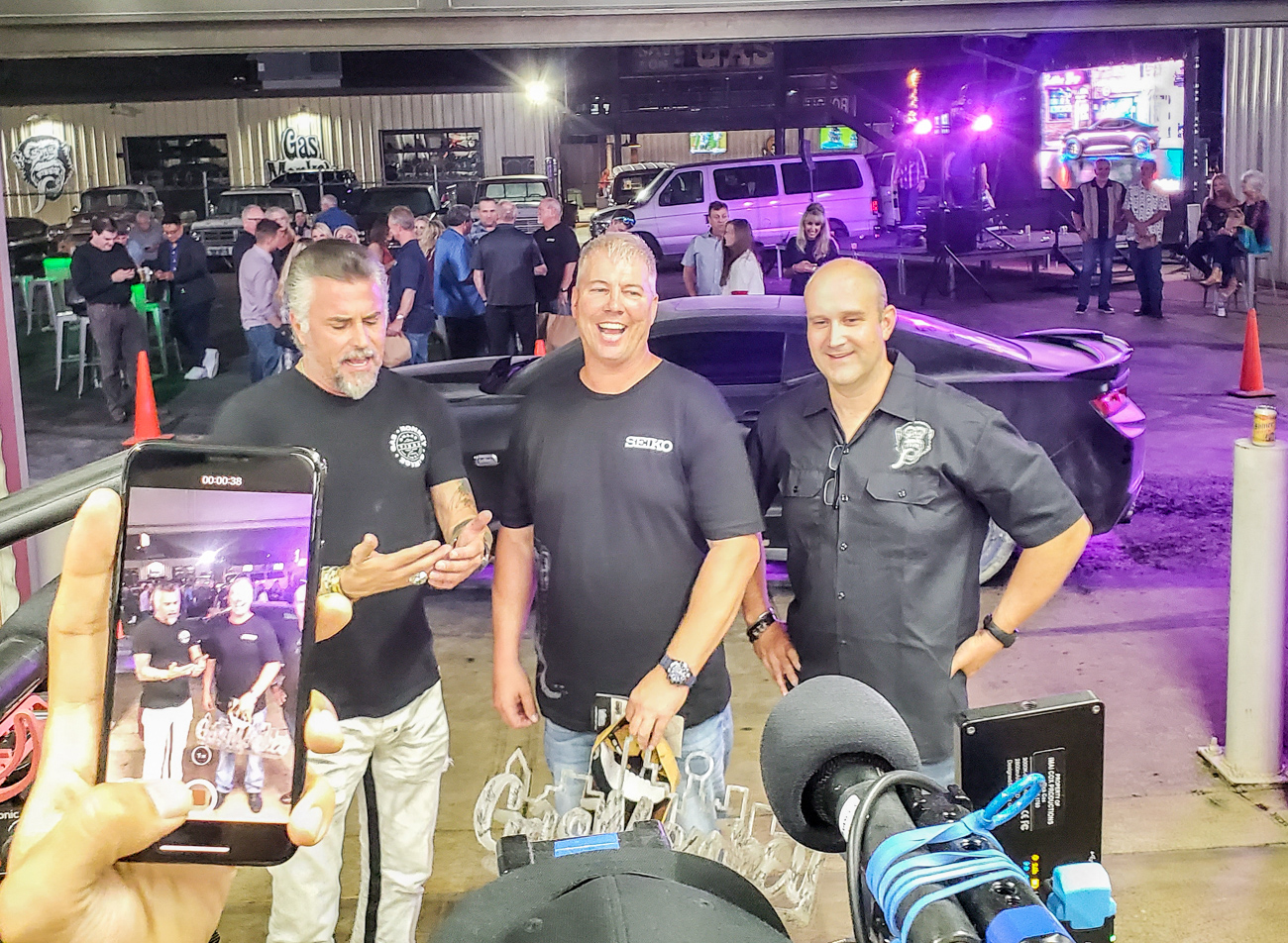 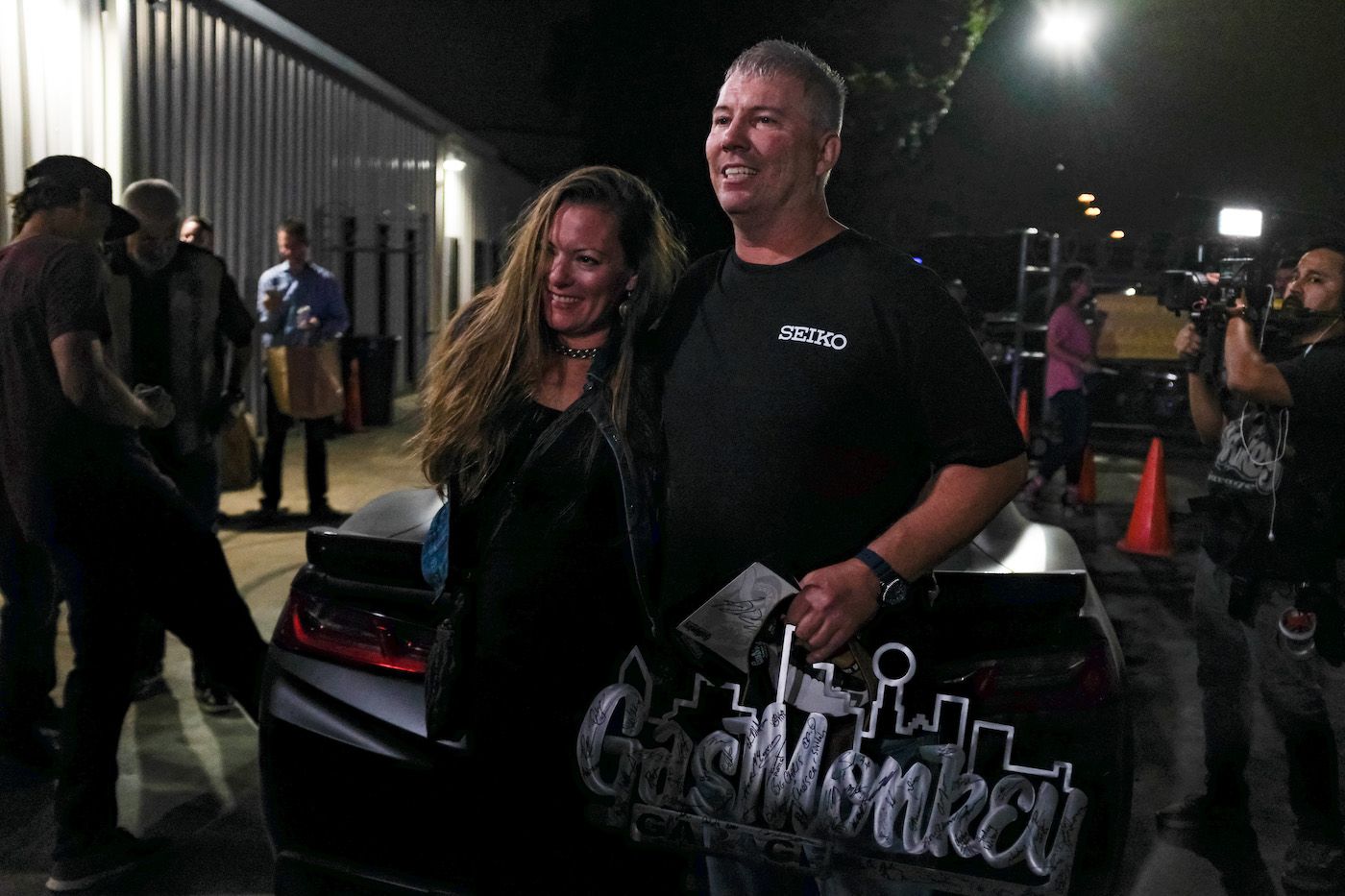 Some watchmakers are opposed to the idea of giving things away. They feel as though giveaways can cheapen a product. This might be entirely true in some parts of the world, but the right giveaway in the United States only acts to attract aspirational attention. The reason begins with one of the core parts of being an American — that authentic belief that you, either via hard work or dumb luck, can become shockingly wealthy. This is simply another way of calling American the “land of opportunity.” The land where, if the cards are in your favor (and no doubt, it is a gamble), you can beat the odds and walk home a new member of the “now I can afford all that stuff I’ve been wanting” club.

Giveaways of spectacular prizes, such as customized enthusiast cars, are a reminder and celebration of this hope Americans wish for. A giveaway is an embodiment of “winning by participation.” It allows people to celebrate the ritual of experiencing the feeling of contemplating what it might be like land a big win. And even though few of us ever win, celebrating elaborate giveaways together feels even more satisfying. With the pomp, circumstance, and drama of a TV show production, a good giveaway in America is a powerful draw of people’s attention, energy, and participation. 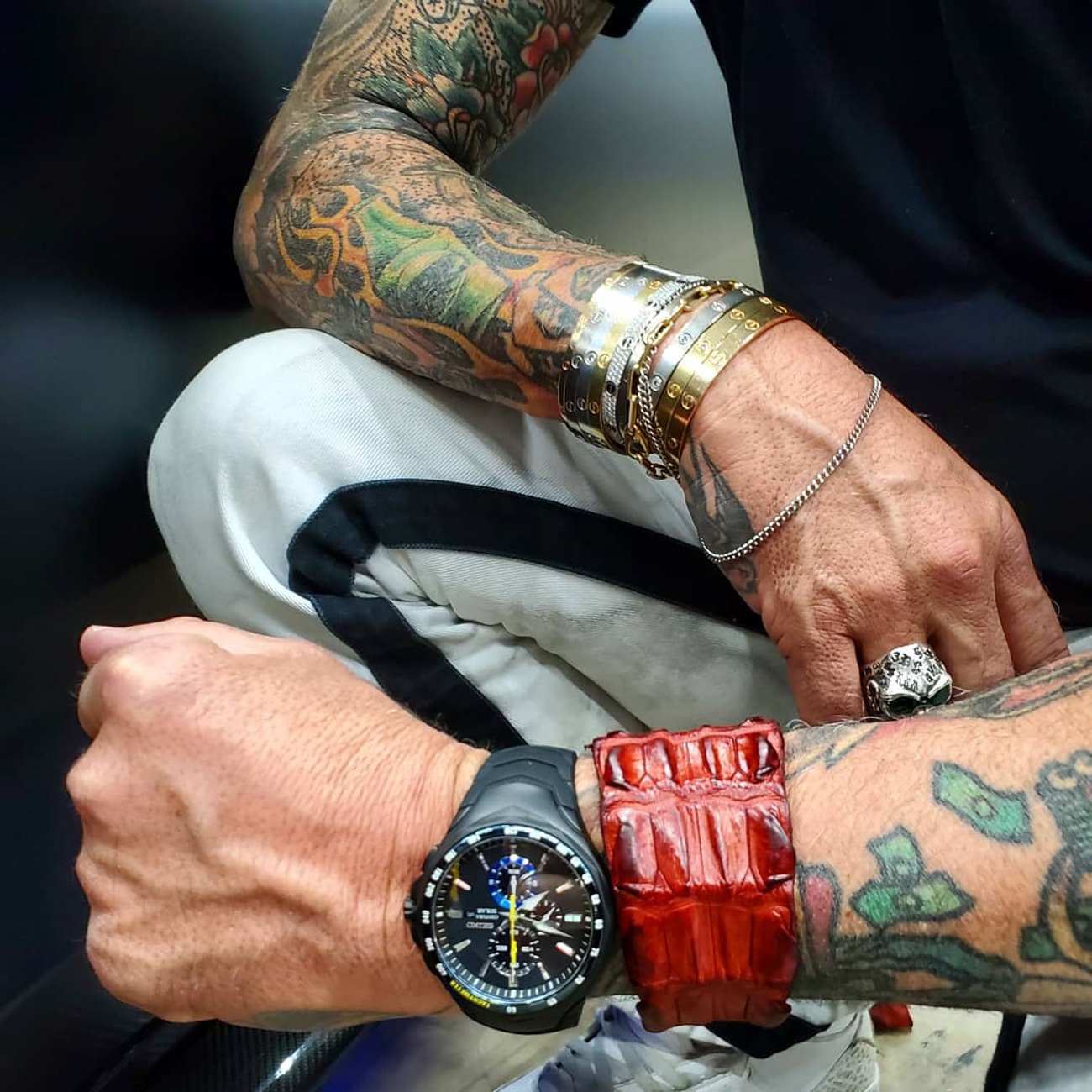 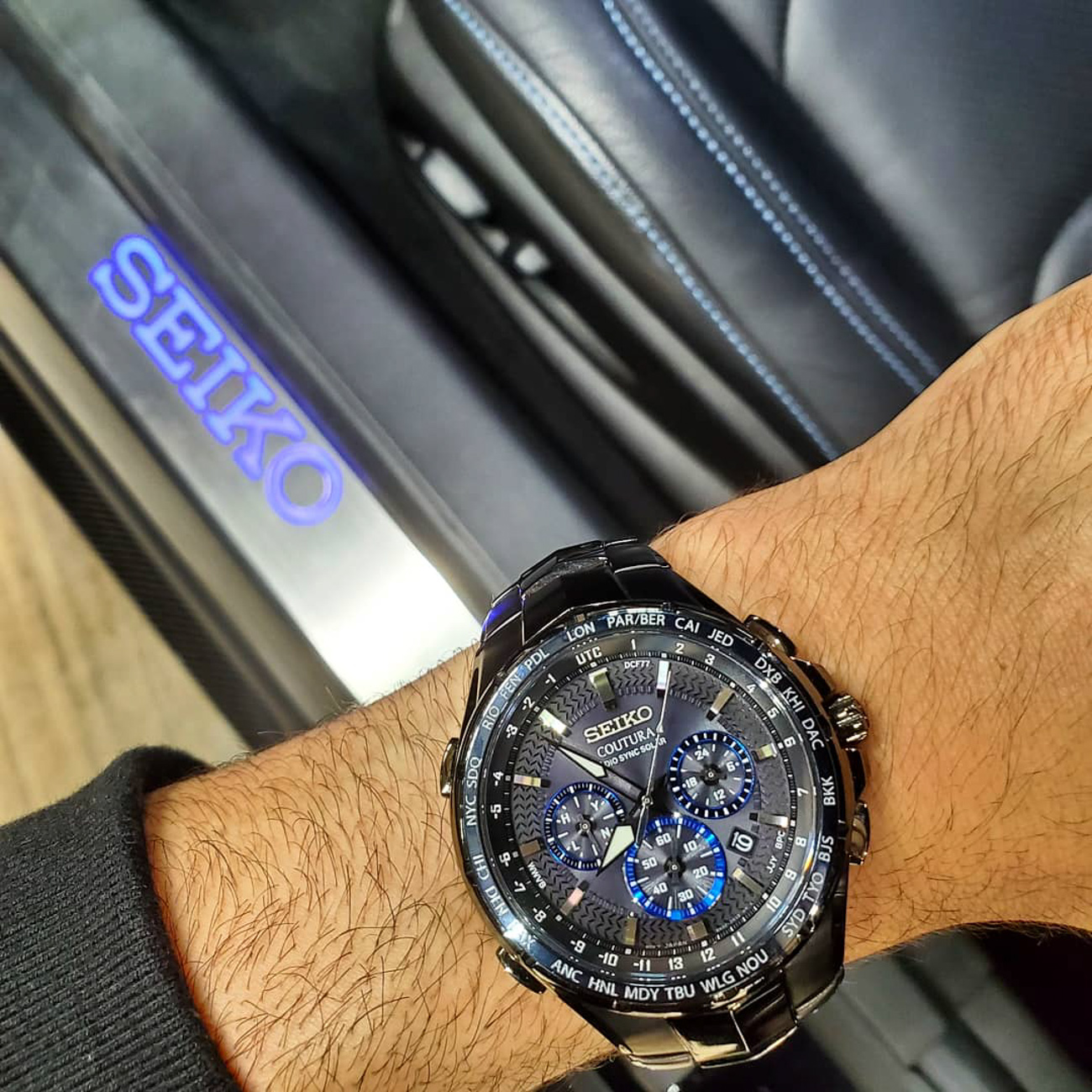 Seiko doesn’t seem to have any problem convincing Americans who learn about them that they are good products. Whether or not they are capitalizing on it, all Japanese watch brands today benefit from the inherent trust in Japanese products American consumers feel today. In a time of uncertainty in all areas, a Japanese wristwatch seems like an incredibly sensible choice. According to a large number of watch retailers I’ve spoken to, the only other watch brand being specifically asked about by consumers, besides Rolex, is Seiko.

Seiko, no doubt, has a ways to go in marketing penetration in the U.S., but if I were in the brand’s shoes, I’d not hesitate to do it. Consumer response to many of the brand’s recent developments in the U.S. should act as an indicator to Seiko that it should be doubling down on marketing investment in the United States, because with just a little bit of education consumers, by and large, seem to respond positively to them. 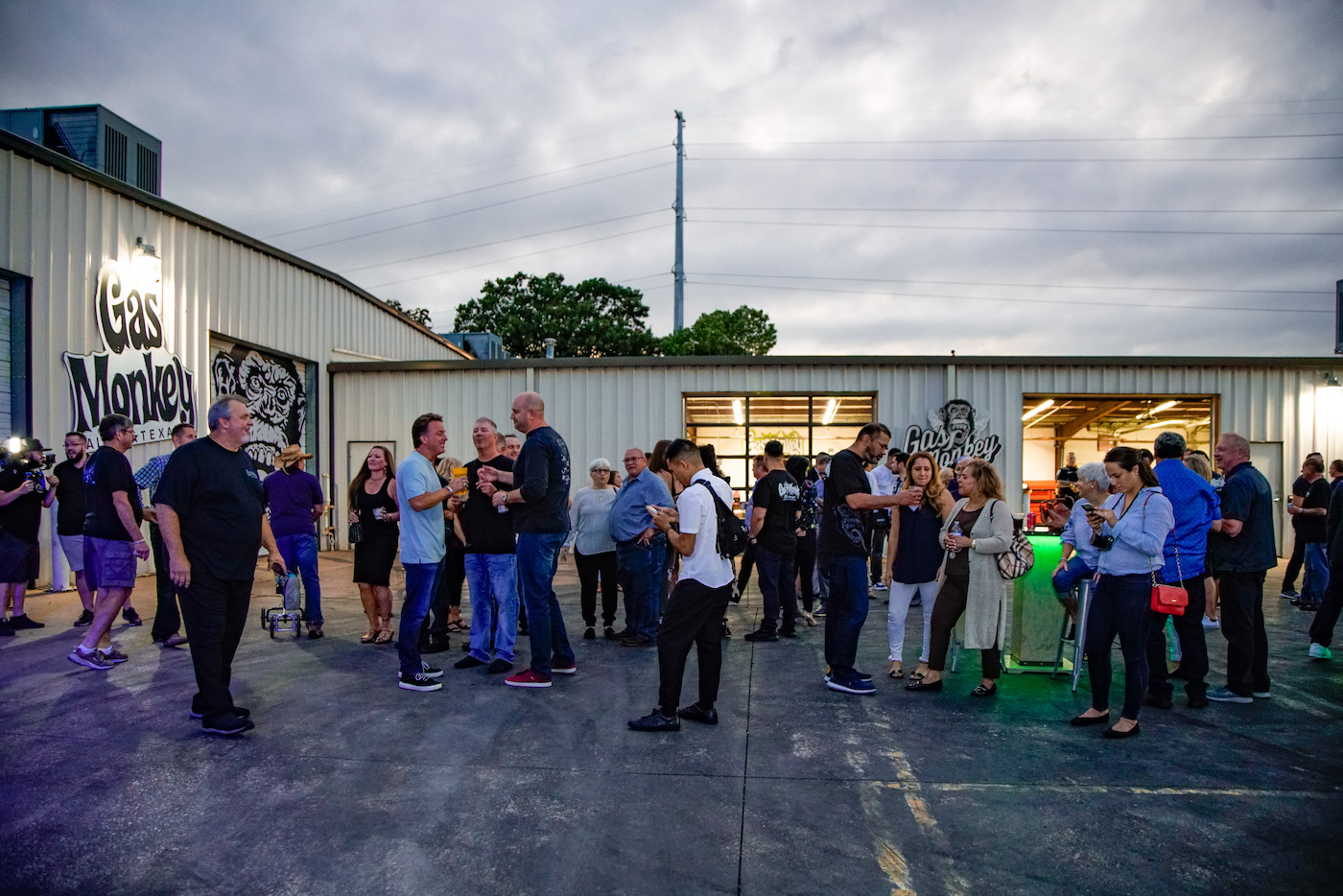 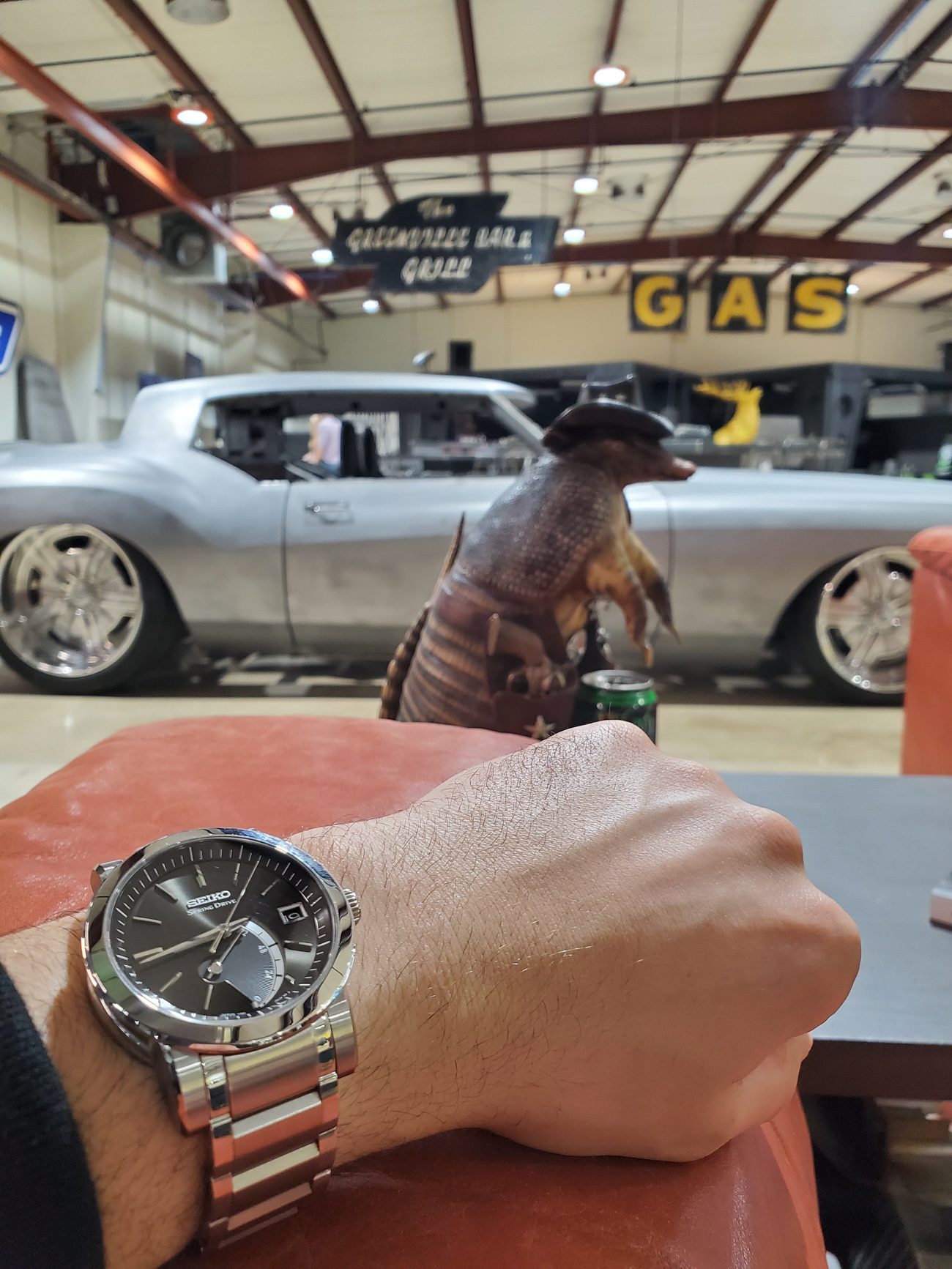 It is a good thing that Seiko isn’t afraid to take risks with designs. Sure, you can find your pick of conservative Seiko watches, but the company continues to release fresh themes and designs that allow for just the right amount of quirk any brand needs (and that doesn’t take into account the exotic fauna of Japanese domestic market Seiko watches that can be downright bizarre, from a foreign perspective).

Smoking tires mixed with dye produced a purple-colored smoke around the Coutura-themed Camaro car, signifying the winner. Four finalists were each given cards with a color on it. The gentlemen holding the purple card was probably the type of person most people would feel happy won the car. He wanted it, he was intelligent about it, he was humble about it, and you can be darn sure he will be the coolest guy on the block back home in Wisconsin. He also happened to be a serious watch collector who was wearing the blue-dialed Seiko diver’s chronograph he purchased on the day he entered for the car giveaway in the first place. 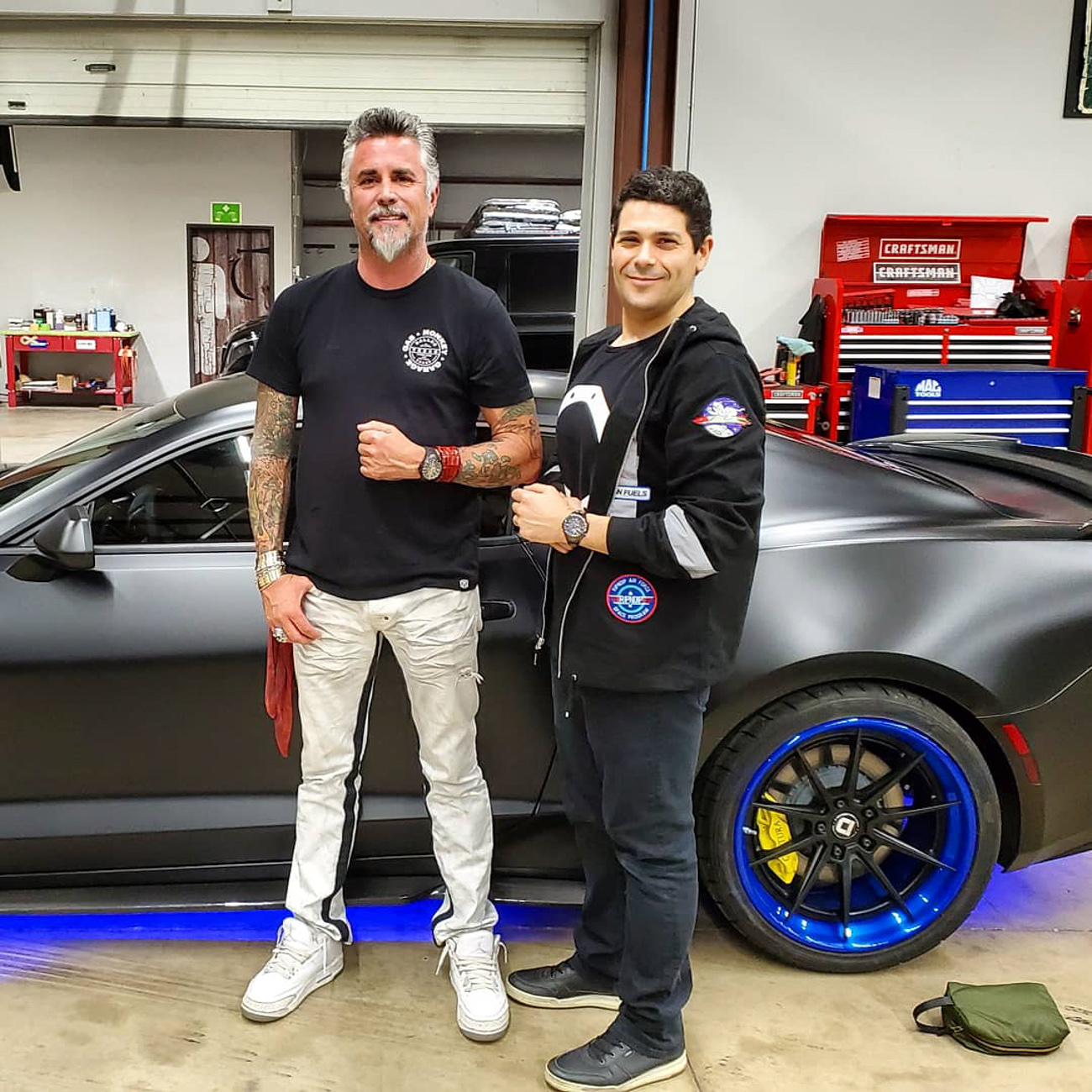 While the Gas Monkey Garage and Camaro car giveaway campaign is now over, it leaves a number of questions as to what Seiko will do next. As each of these more experimental and paradigm-shifting marketing exercises for Seiko continues to offer success, the powers that be in Japan will likely increase their investments in them. If anything, success moving forward probably includes Seiko continuing to listen with open minds from Americans on what their market needs to grow. The good news is that the product and enthusiasm are there — and it’s not just from watch nerds anymore.