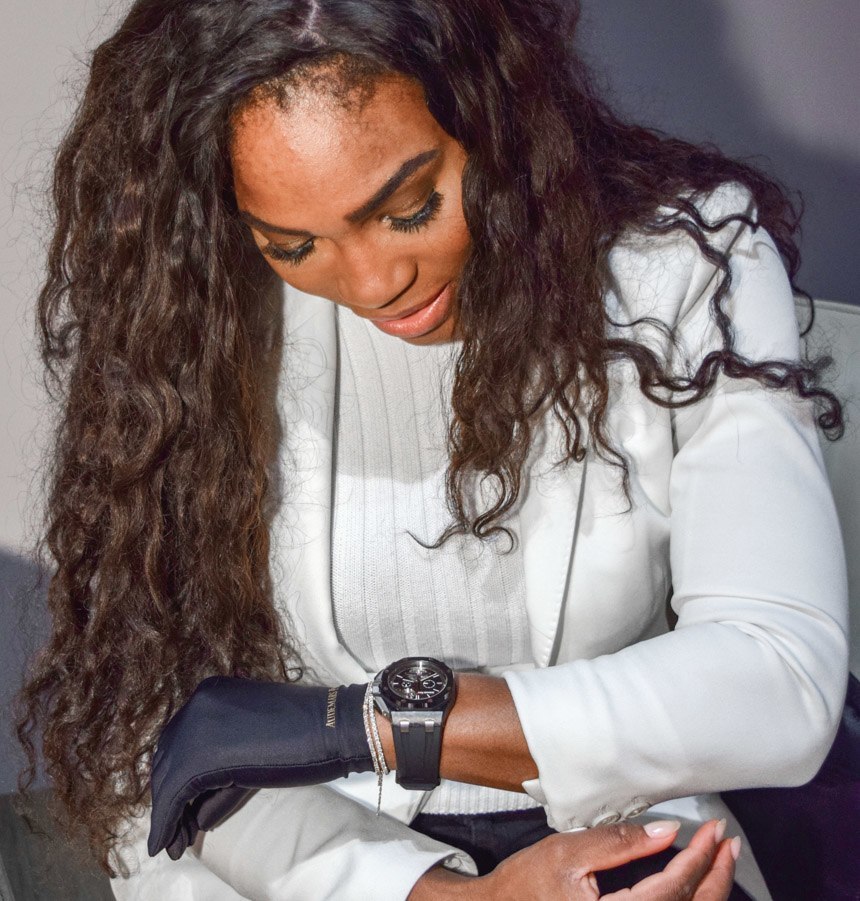 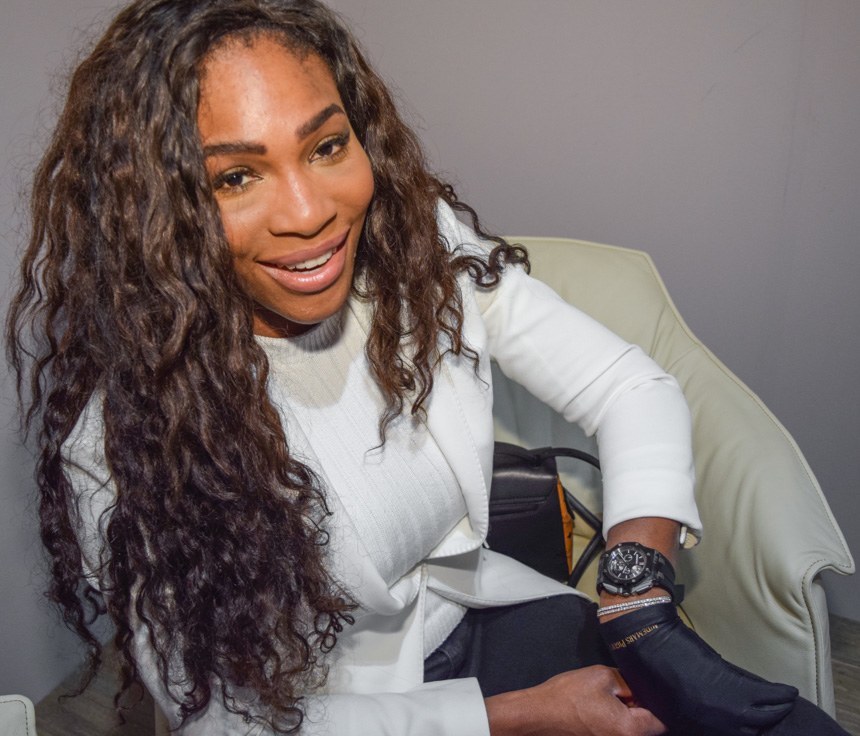 Last December during Art Basel 2014, I had a chance to meet and take some photographs of Serena Williams. She was visiting the Audemars Piguet VIP booth at the show, and is a newer ambassador of the brand. What struck me then was how passionate and into watches she seemed. With her recent win at the Australian Open, her 19th grand slam single title, Serena Williams continues her assaults at the record books and further cementing her place as the most dominant player in the past two decades and making a case, arguably, to be considered the best who has ever lived (men or women).

What was apparent to any watch lover during Serena Williams’ visit to the Audemars Piguet booth, was how much she already knew and yet still wanted to know more about watches. She spent what was easily 30 to 45 minutes chatting intensely with the staff, and in particular the watchmaker that Audemars Piguet had on staff with them, discussing the Royal Oak that he was servicing. She seemed genuinely interested in his explanations of the various parts of the caliber 2120 movement that he was taking apart. 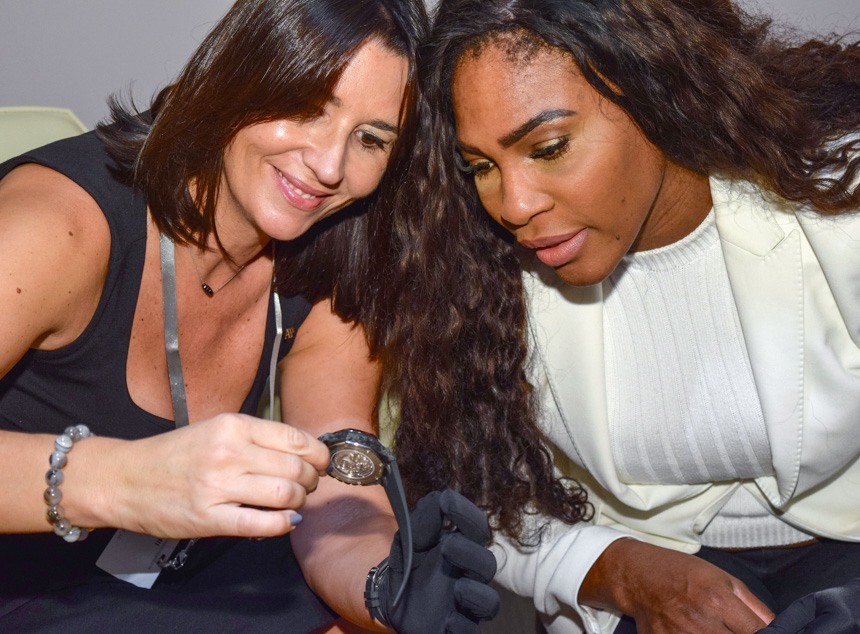 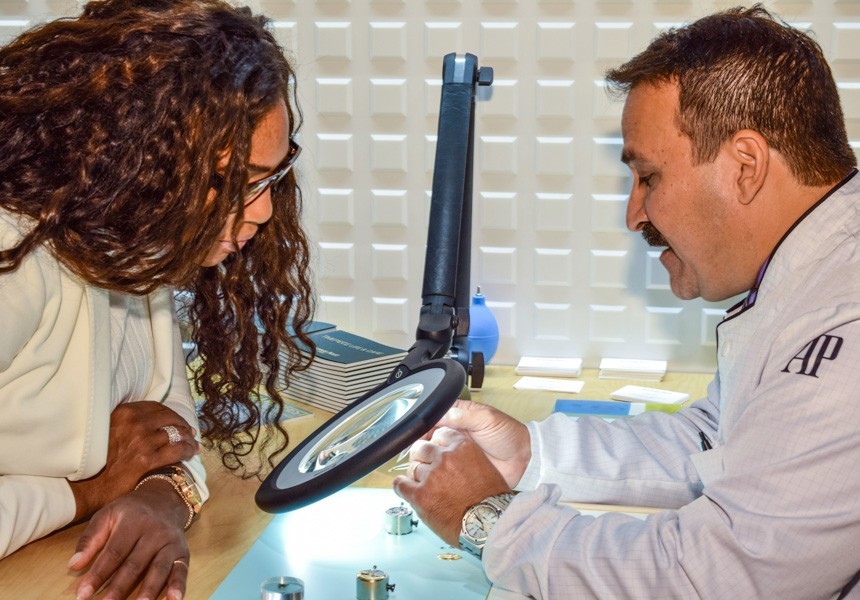 With Richard Mille having broken open the lucrative placement that top athletes can produce actually wearing the watches while performing their amazing feats, it should come as no surprise that other brands would follow suit. The opportunity for pictures that showcase the product during the various action shots of a player at the top of their game is in many ways priceless. Even if this results – as we have heard with Nadal’s Richard Mille watches – in broken timepieces, the fascination that it generates amongst the public is worth its price in gold. 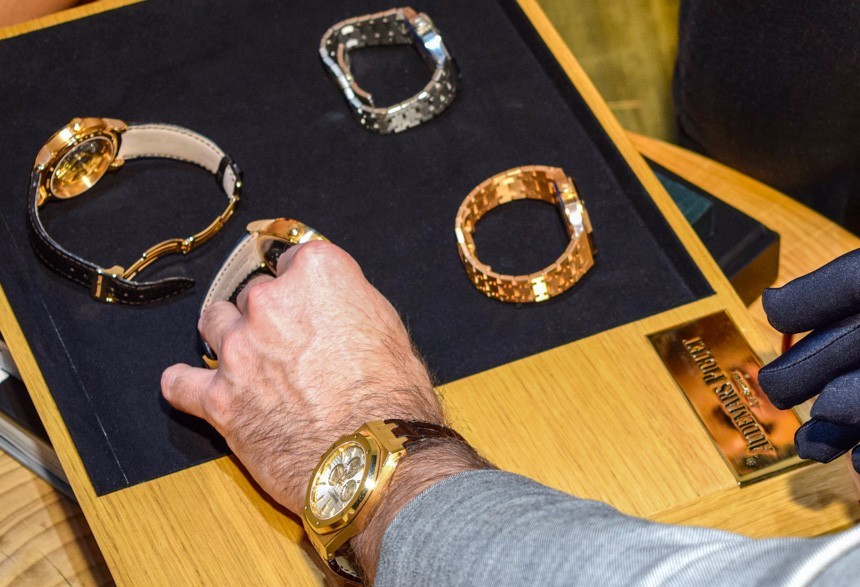 Serena Williams wearing the light Royal Oak Offshore Carbon during her matches will achieve the same level of publicity that Raphael Nadal and Bubba Watson do for Richard Mille. And one should not be surprised that Audemars Piguet would already know and have the experience in creating a watch worthy of a champion like Serena Williams and of the abuse to the movement that it is sure to endure. After all, Richard Mille’s movements are all sourced by Renaud et Papi, a wholly owned subsidiary, movement designer, maker, and part of Audemars Piguet since 1992.

Finally, watch-nerding aside, what Serena Williams has and continues to achieve is nothing short of extraordinary for the game of tennis, for women tennis, and for minorities in general. Here’s a tremendous talent who with hard work, sheer strength of faith, and her strong family, has grown out of one of the most impoverish cities in the United States (Compton, California) to now reach the top of the tennis world and dominate like we have never seen before. And importantly, doing this with the humility and style of a true champion. She’s a role model, a rock star amongst her peers, a stylish athlete, and also a watch geek. 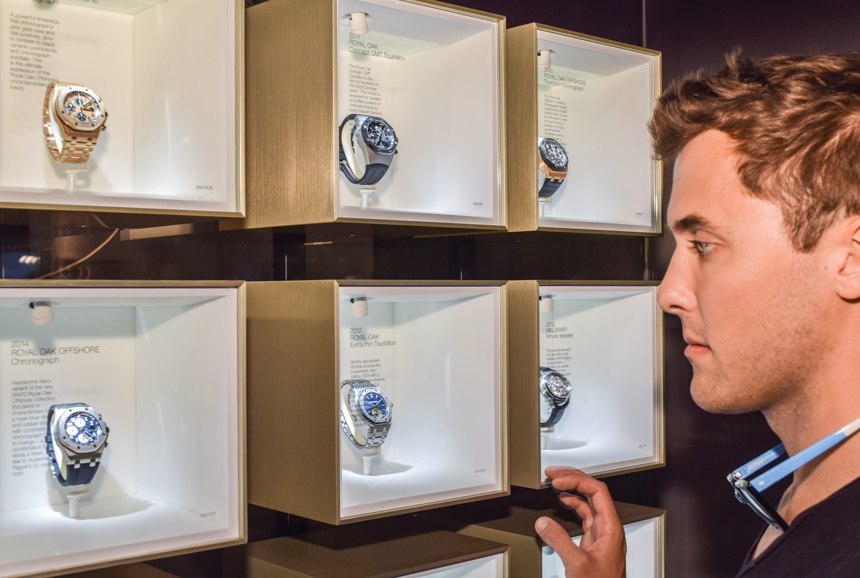 I, for one, cannot wait to see her break the all time single record in the open era of 22 grand slam titles, passing the great Stefi Graf, and be alone at the very top of the tennis world – with her lucky Audemars Piguet Royal Oak Offshore on her wrist, of course. audemarspiguet.com