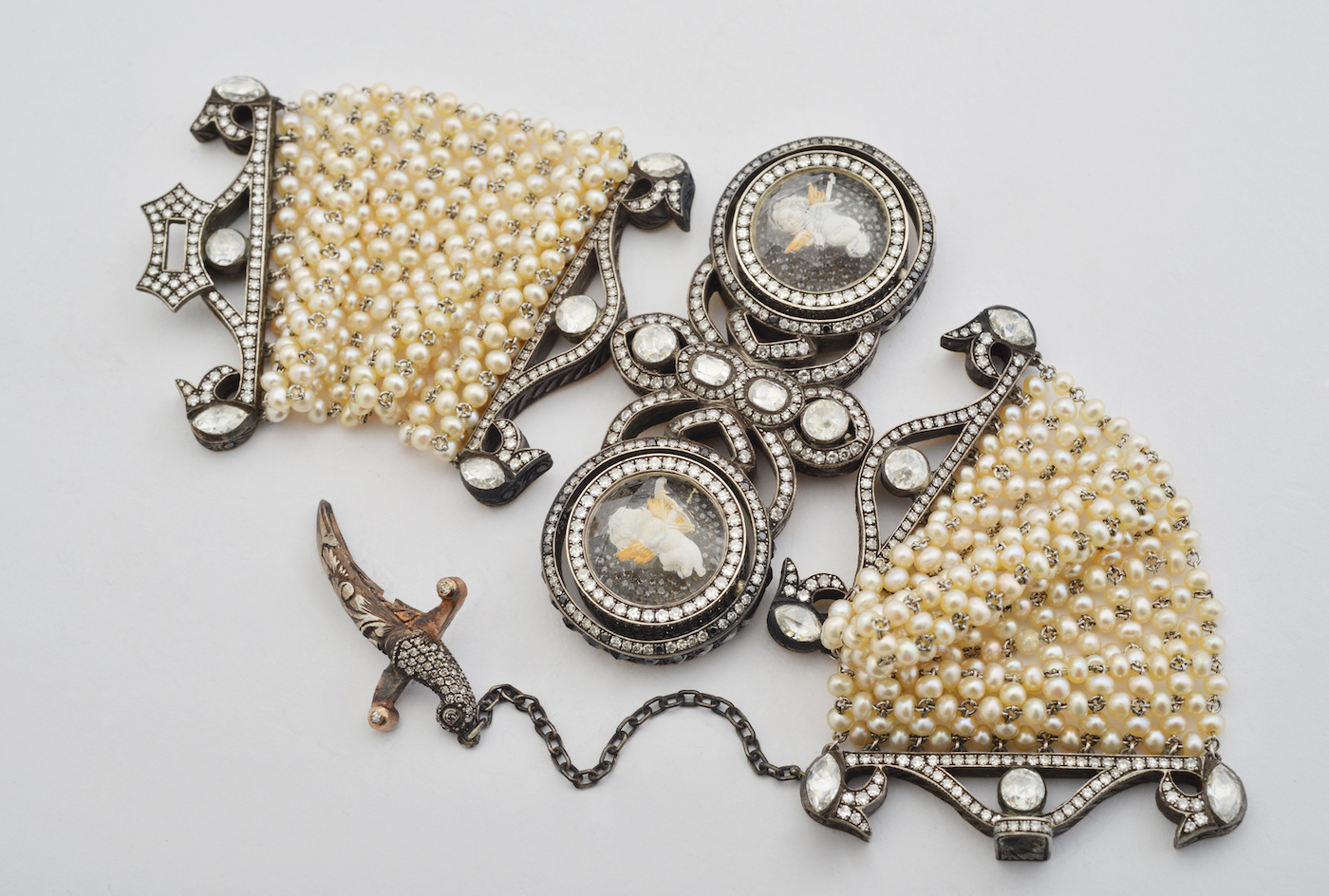 When you’re releasing your debut watch collection, it’s always a good idea to do so by making a statement. Dropping 85 unique pieces at once is certainly one way to announce yourself. Step forward, Sevan Bicakci, and take a bow. Your conviction, as well as your eye-catching wares, have earned my attention. With a mixture of platinum, sterling silver, 24k gold, diamonds, reversely carved intaglios, engravings, pearls, and gemstones, there is a lot to process in this gargantuan debut. So who is Sevan Bicakci, why should you care, and why on Earth does he think that the watch industry will be interested in a gutsy project that has taken him nine years to complete? That’s nine years without any kind of market testing. Nine years without reassurance from the watch community. And nine years of believing wholeheartedly in a vision. Say what you want about the results, but there can be no doubting Bicakci’s confidence. The man and his art

Bicakci is, first and foremost, a craftsperson. Enthralled by the intricacy of the art and fashion of his native Turkey, his first collection is a lavish love letter to Eastern culture. The watches are ornate visions of opulence. They are powered by a variety of movements — none of which is particularly interesting from a horological perspective — and come in a range of shapes and sizes. “Shapes” should really be the keyword here. Bicakci’s first foray into watchmaking appears so brazen because it is his first time around this particular block. The good thing about that is that there’s none of the cynicism or rehashed tropes we see in so many new releases. (Depressingly, that’s even true of new brands.) Bicakci’s work is fresh and unchained. Whether you think it’s any good or not is very much down to personal preference. I’m going to go out on a limb here and guess that this collection will not set our community alight. There is certainly a great deal of interest here, and some very novel forms that deserve applause, but the products, themselves, are incredibly overwrought and, despite the obvious time, effort, and skill that has gone into their creation are tailored to a very different consumer base. Here’s the saving grace, though: 85 watches is a very small run, to begin with. Shifting 85 unique pieces is really a piece of cake, especially if the prices are ludicrously inflated. I have deliberately ignored the price list up to this point in an attempt to remain objective. I am willing to wager that these watches will retail for very generous sums indeed. What makes them tick?

The watches are powered by either quartz or mechanical movements. The press releases don’t specify clearly which movements feature in which designs but, again, this release is far more about the crafting of the housings rather than the internal workings. With regard to legibility, the results appear to be a real mixed bag. The large, scimitar-shaped hands that reference Sevan Bicakci’s logo do provide a good degree of readability when they are employed, but many of the pieces have much less obvious handsets that muddy the primary role of a watch — to tell you the time. I don’t want to be too harsh here, because this is obviously an art project and not much to do with time-telling in a practical sense. There’s a whole load of interesting philosophical angles one could peddle about the literal amount of time spent making these creations, and how time should be appreciated rather than agonized over, and so on, but it never fails to annoy me when a watch just doesn’t do its job. Why does that matter?

The watchmaking industry needs creativity; it needs borderline-mad artists to push boundaries. The majority of the industry observes these insane endeavors and learns from them. Talented designers with their fingers on the pulse distill the essence of projects like this, then weave it into practical timepieces that will, crucially, sell. But — and this is a big but — part of the beauty of our craft is in its necessary adherence to function. Designing watches is hard because you are bound by rules. Far more rules than other, more traditionally artistic, mediums. When you forsake those rules, you lose. You may start a conversation. You may give rise to a new way of thinking. Who knows? You may even be remembered as a pioneer. But if the watch you create is unable to perform its primary function, it will never be commercially viable. These 85 unique pieces of jewelry are spectacularly wrought. They are emotionally expressive. They perform a certain function. These are not the traditional functions of a watch, but they do have a place. And how they are positioned as they go to market is exactly what will dictate their success or failure. There can be no denying the care and attention put into these products’ creation. I also anticipate that they will not be around for too long, as the uniqueness of each timepiece fused with the top-level exclusivity achieved by those price tags is a potent combination. I do believe there is merit to reporting on challenging releases of this nature because it certainly encourages debate. Whether any of the forms exercised by Sevan Bicacki will light a fire in the minds of more mainstream designers remains to be seen. One thing is for sure, I won’t forget I’ve seen them in a hurry. Learn more at sevanbicakci.com.