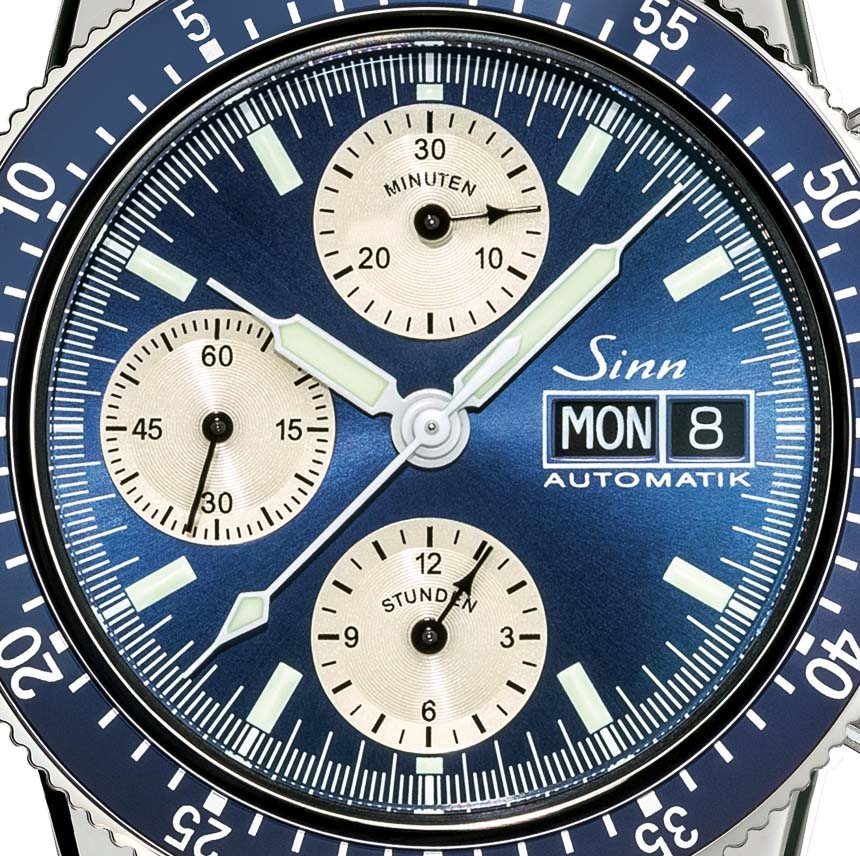 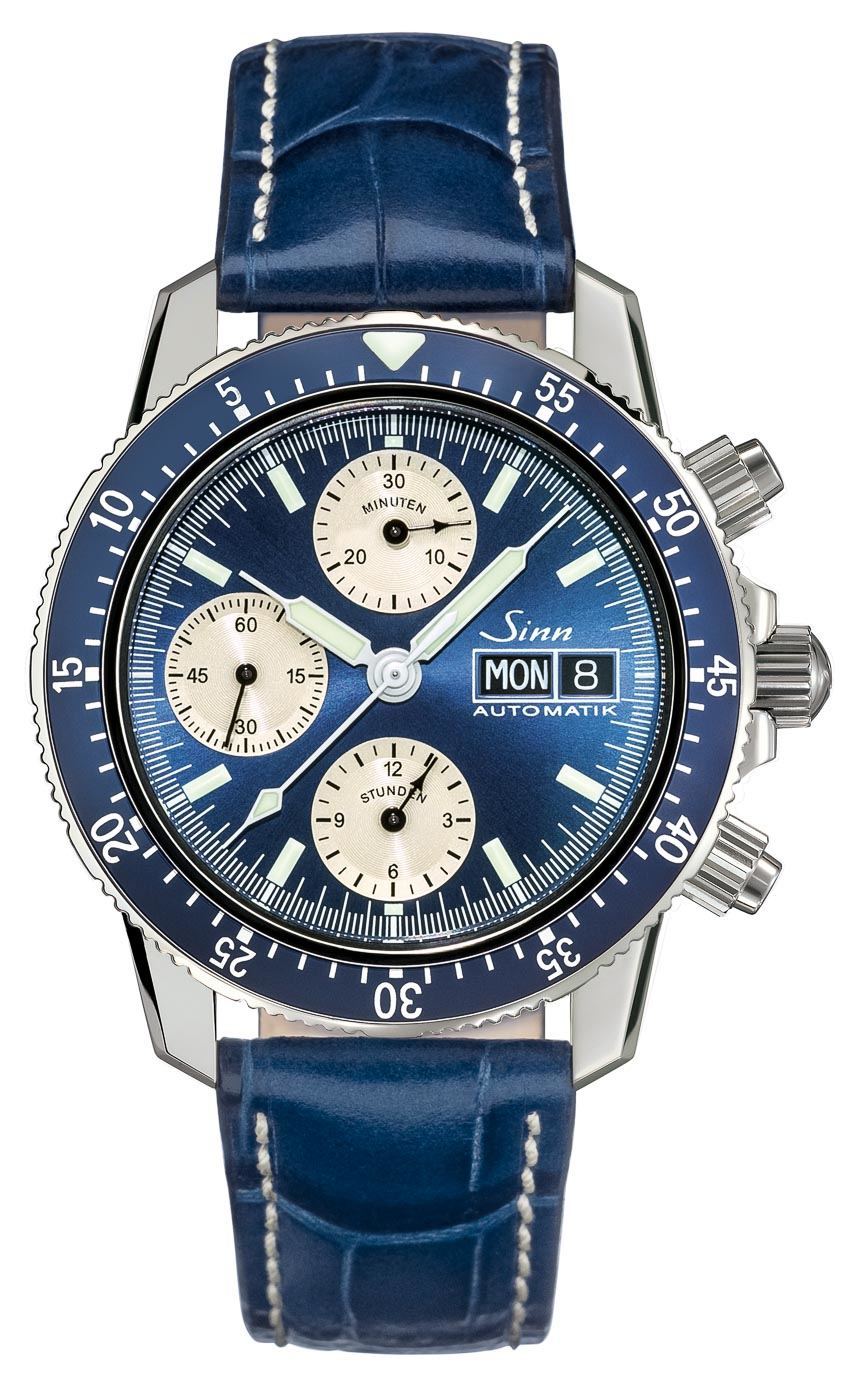 For 2015, Sinn has released the limited edition 103 A Sa B watch, hearkening the beautiful blue tones of cult favorite Sinn 203 Arktis. Blue happens to be hot this year (if you didn’t notice), and I am glad that watch makers ranging from those producing fashion items, to companies known for making seriously high-function tool watches, like German Sinn, are embarking on the complicated task of releasing their own blue-colored watches.

Why a complicated task? A successfully made blue watch makes the process to create a blue watch look simple, even though it is certainly not. Making a nice-looking black watch is easy, because when it comes down to it, there is just one real shade of black. Blue, on the other hand, involves a whole world of tones, shades, and finishes that must work in perfect harmony on a watch in tandem with things like case materials, dials, and hands. Thus, producing a nice blue watch with just the right shades that appeals to the most people is tough – perhaps that is why Sinn feels that there will be only 500 takers for this very attractive Sinn 103 A Sa B. 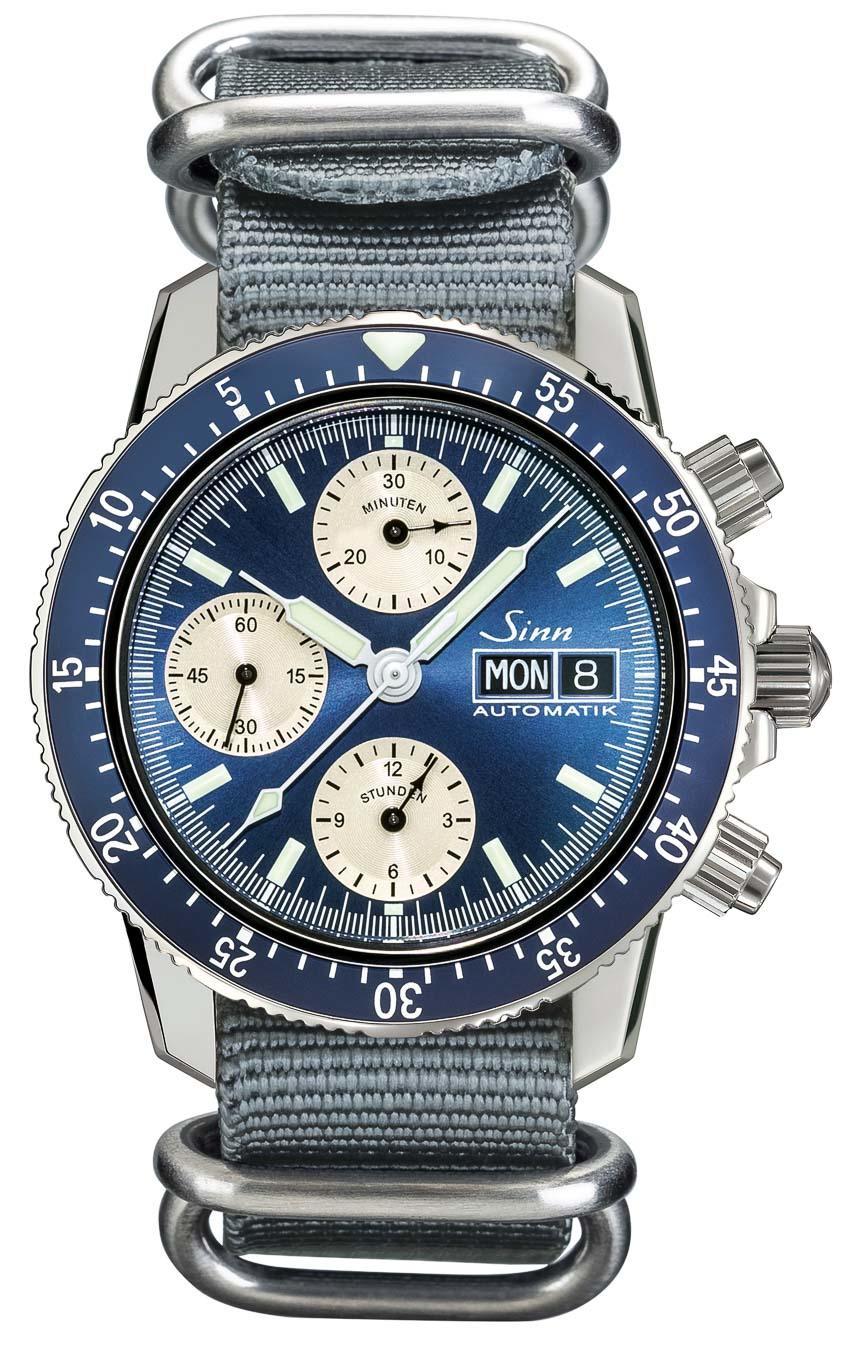 The Sinn 203 Arktis is still one of my favorite Sinn watches out there – even though that list is quite long. The Arktis is functional and beautiful in a way that gracefully elicits the cold temperature exploration theme Sinn was going for. Unfortunately, the 203 Arktis is no longer produced, but Sinn has a nice habit of “making old watches new again,” by releasing updated new version of old watches. I have been patiently waiting for a more modern Sinn 203 Arktis, and I hope that this pretty blue version of the Sinn 103 is a step in that direction. I will go so far as to call the Sinn 103 A Sa B the “Arktis of 2015.”

In a 41mm-wide by 17mm-thick steel case, the Sinn 103 has Sinn’s Captive rotating bezel and “Ar” dehumidifying technology (a capsule that absorbs moisture that may leak into the case). Water resistant to 200 meters, the Sinn 103 is also quite anti-magnetic and shock-resistant. At heart, the Sinn 103 is a pilot watch. So, now, you have a pilot watch that makes you think of flying in freezing temperatures. 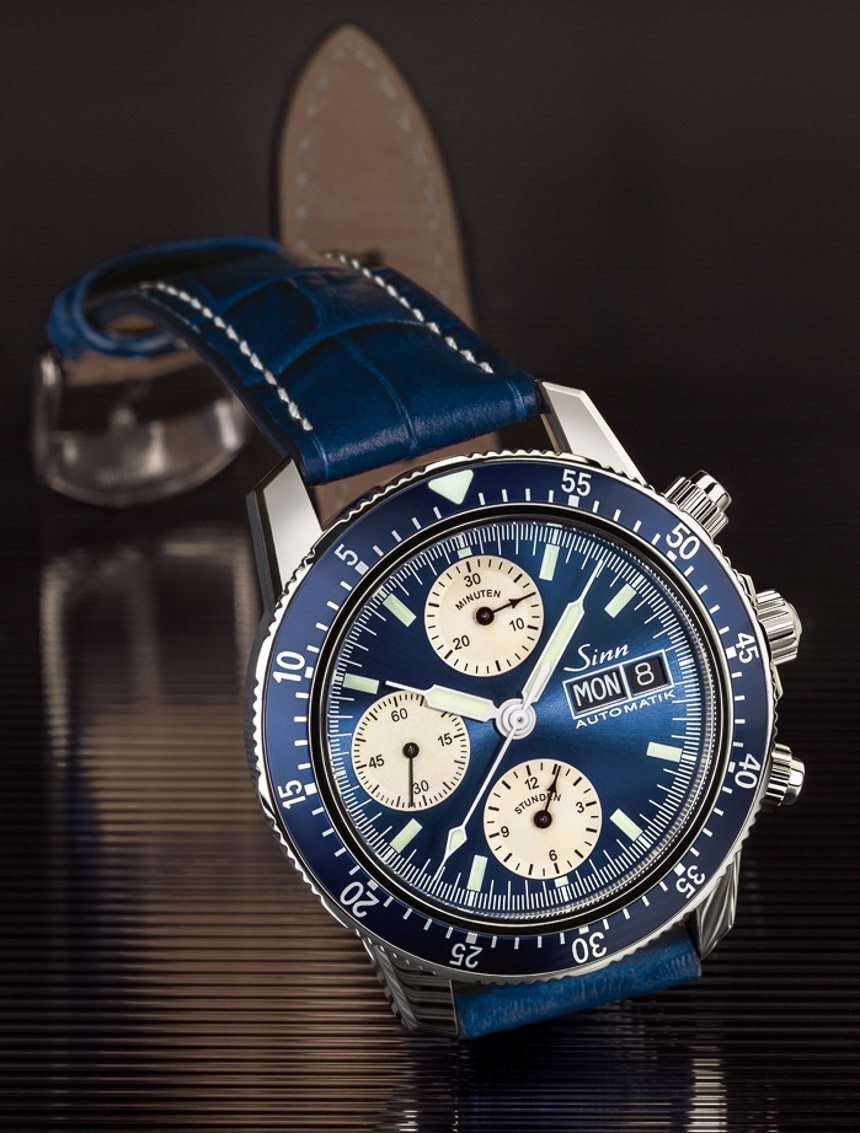 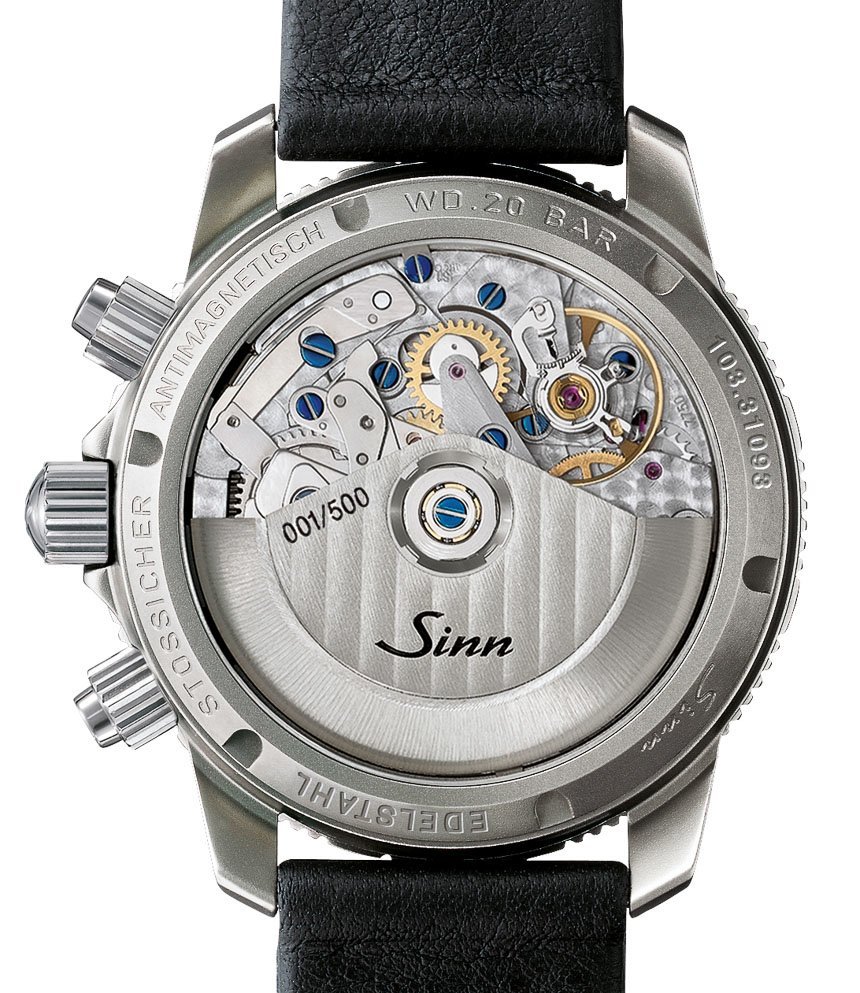 This blue Sinn 103 A Sa B has an electro-plated blue dial with matching bezel insert. The slight sunburst polish on the dial gives it a slight glossy touch, but the legible hands and hour markers maintain the utilitarian feel of the 103 collection. What I also really like about the Sinn 103 is that it was one of Sinn’s first “all around watches” that were designed for a primary purpose but were also good for a range of environments and uses. The Sinn 103 still does that very well, but is accompanied by a lot of other “well-rounded” Sinn timepieces.

Inside the Sinn 103 A Sa B watch is a Swiss ETA Valjoux 7750 automatic chronograph movement that is nicely decorated and visible through the sapphire crystal caseback. I quite like how the limited edition number of the watch is actually placed on the automatic rotor and not the caseback of the timepiece. 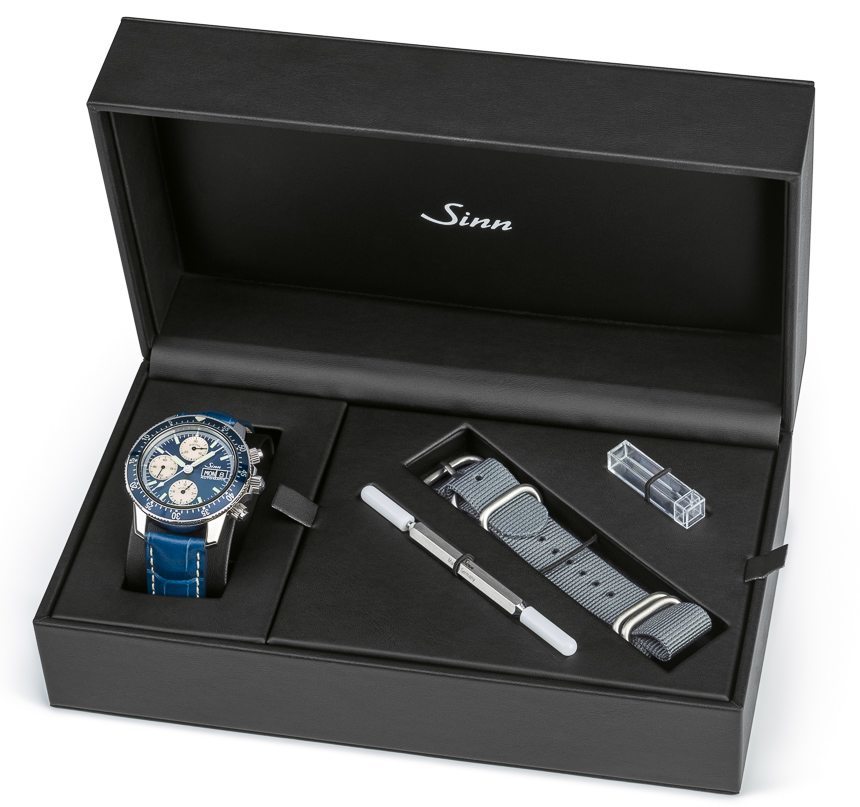 Sinn includes a strap changing kit as well as both a blue alligator-print leather, and gray NATO-style, strap. As this is a limited edition model, I would have liked to see Sinn offer a real blue alligator strap, as I think that would have made the watch look visually even more impressive. Perhaps most people will, however, wear the Sinn 103 A Sa B on the cool NATO-style strap – on which this particular style of military watch appears particularly handsome. The Sinn 103 A Sa B watch is limited to 500 pieces and in Germany has a price of 1,999 Euros. Price in the USA is $2,230 via watchbuys.com. sinn.de