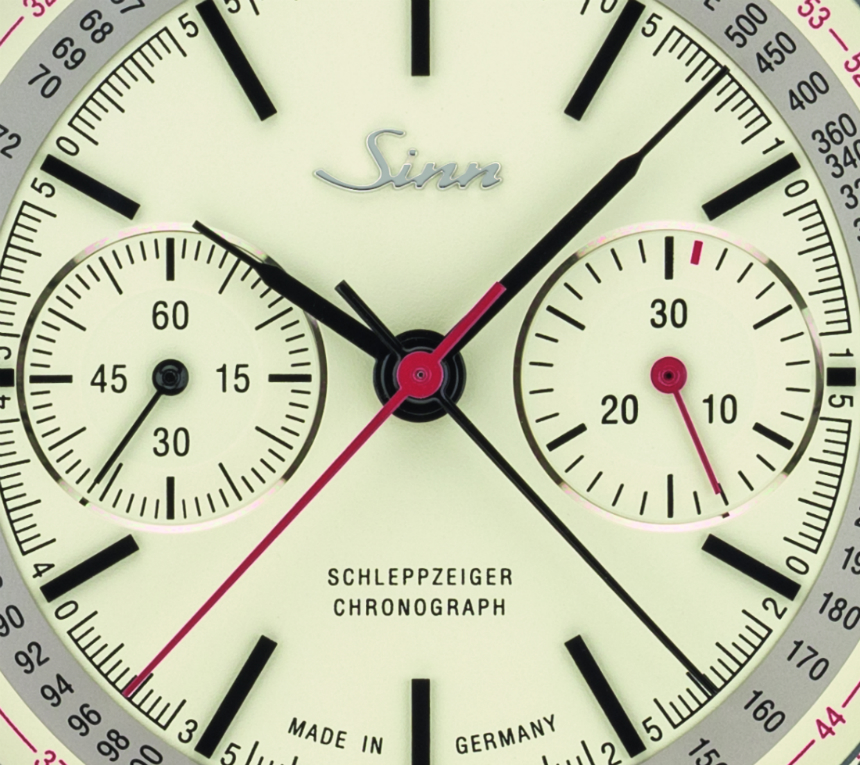 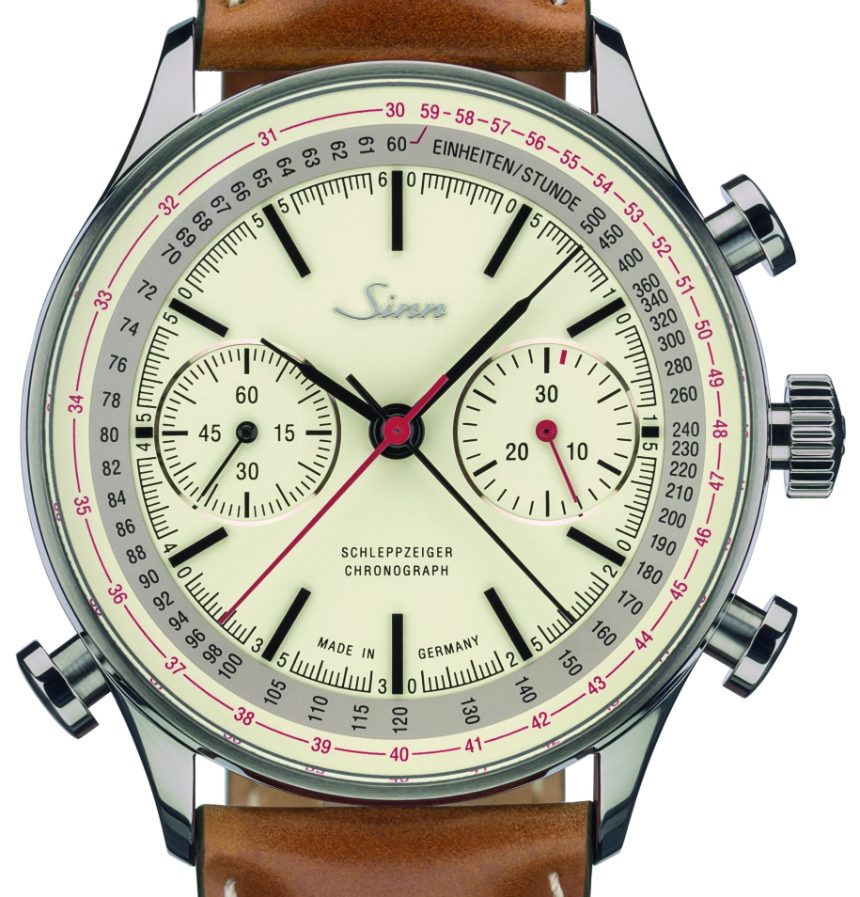 2016 marks the 55th anniversary for Sinn, and to celebrate, the hard-working German brand has released a small series of watches punctuating the occasion – including this Sinn 910 Anniversary chronograph from its Frankfurt Financial District collection. But being Sinn, and being a commemorative edition, this isn’t just another chronograph in the 900 series – no, this is a very special split-seconds chronograph that incorporates a ratchet, or column wheel lever for its actuation. Intermediate split times can be recorded with the actuation of the pusher at 8:00. Now, unless you’re looking at a vintage Lemania or Universal Geneve, column wheel-equipped chronographs are a relatively rare sighting these days – largely killed off by their own complexity to manufacture, which is what visually and functionally makes the Sinn 910 Anniversary so much more interesting. 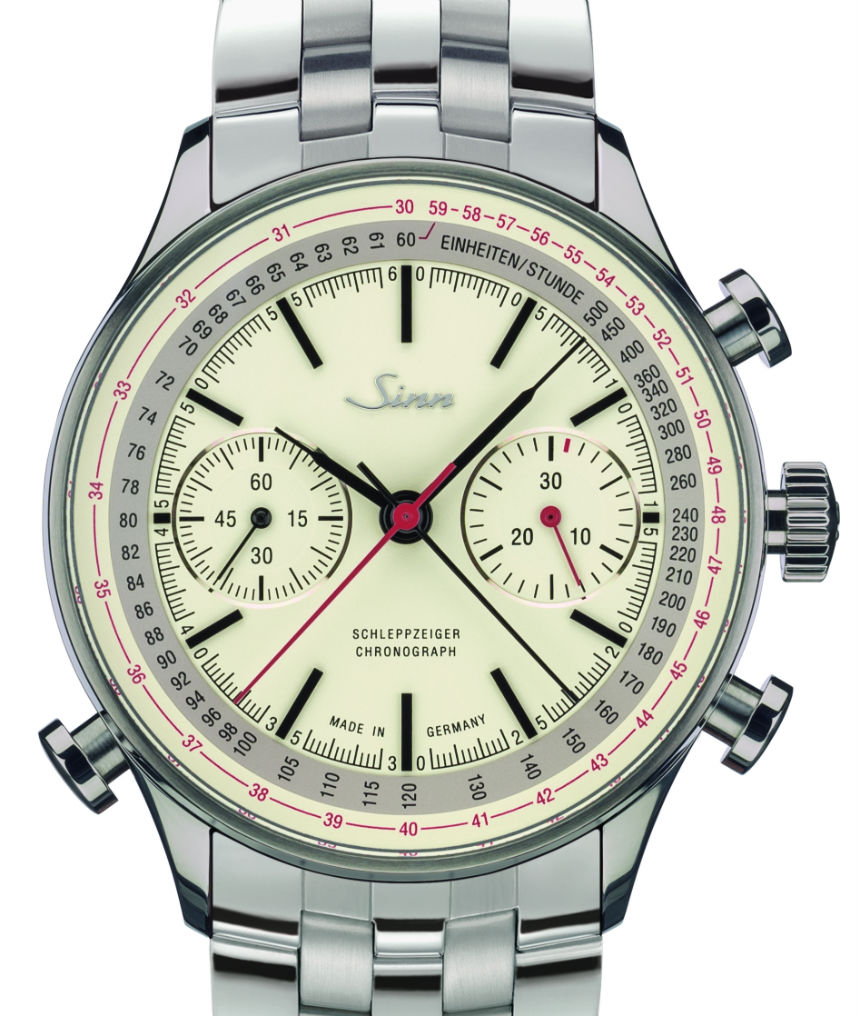 Some 55 years ago in 1961, “Helmut Sinn Spezialuhren” was founded by pilot and flight instructor Helmut Sinn, who quickly made a name for his small brand by producing honest and affordable, but markedly dependable pilot instruments like navigation clocks and wrist chronographs. Despite the change of ownership back in 1994, the founding spirit of Helmut Sinn is still very much alive and well – and celebrated with not only the mechanics of the Sinn 910 Anniversary, but also in its vintage-inspired design aesthetic. 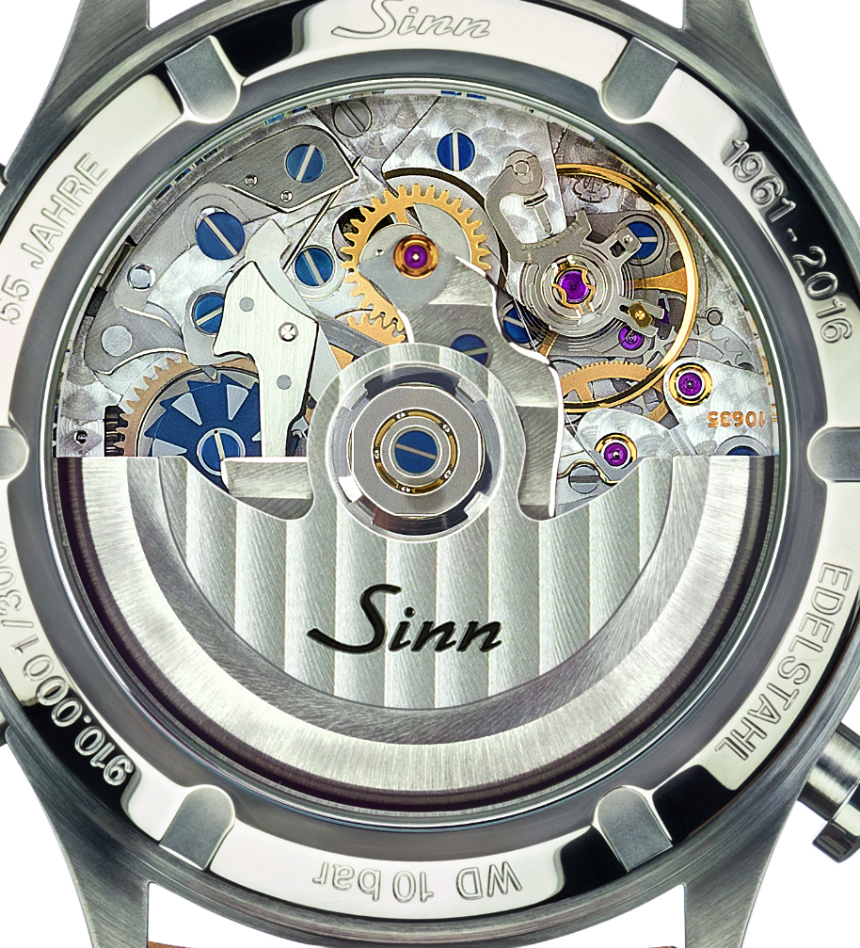 Traditionally, since Sinn’s Frankfurt Financial District watches are aimed at the finance world, they tend to carry a more distinguished look while skimping on many of the other pioneering technical innovations that Sinn has become so well known for. However, while the Sinn 910 Anniversary doesn’t get an oil-free escapement or dehumidifying technology, it is built around a Valijoux 7750 that’s been modified to mimic the behaviors of early split-second timers, where the split-second hand remains in sync with the main chronograph seconds hand until stopped by the pusher at 8 – then, upon actuating the pusher again, the split-second hand races to catch back up until both are moving in sync with each other again. And thanks to the column wheel, the chronograph’s actuation is prompt and buttery smooth, and a joy to behold beneath the watch’s sapphire crystal caseback. 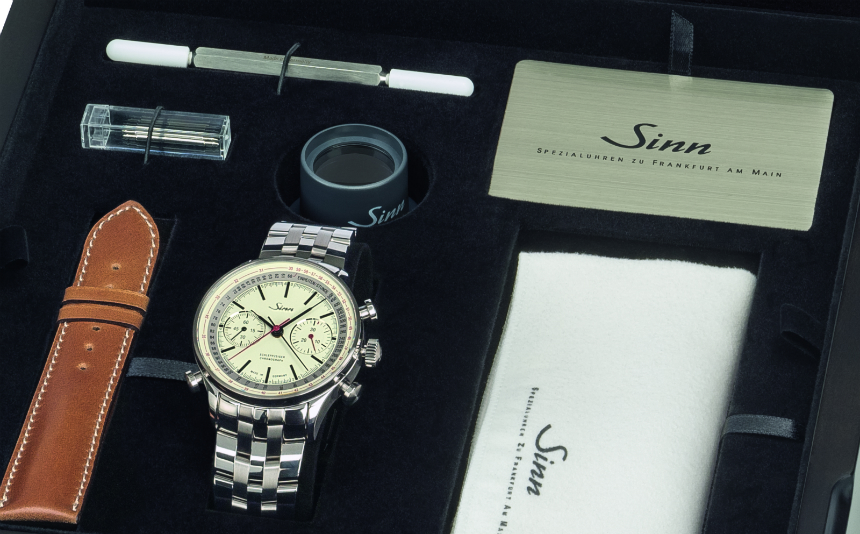 The Sinn 910 Anniversary is presented with a cream-colored dial and red accents – an aesthetic that balances neatly between its vintage inspirations and the rest of the more austere design language found in the Sinn Frankfurt Financial District collection. If you’re keen on this 41.5mm chronograph, bear in mind it will be limited to only 300 units when it becomes available to select retailers with a price of $5,940. sinn.de