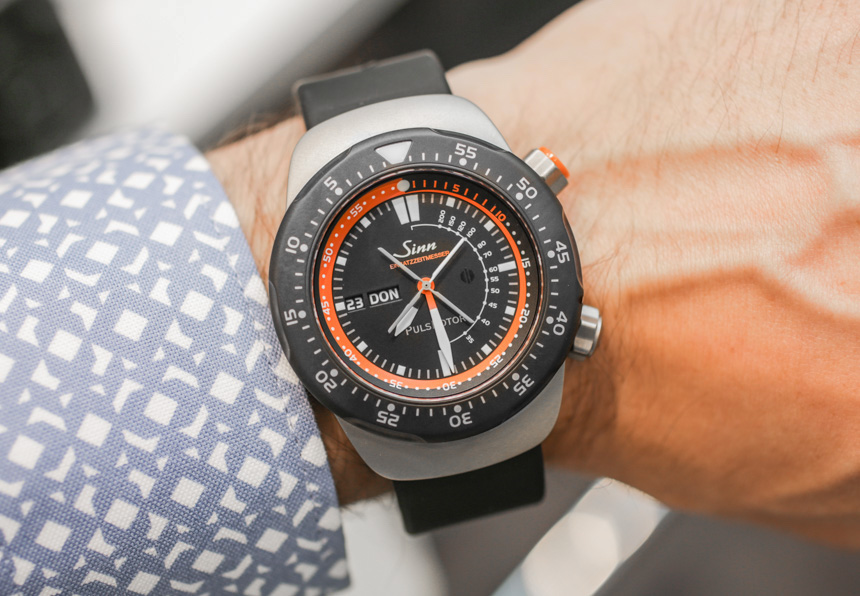 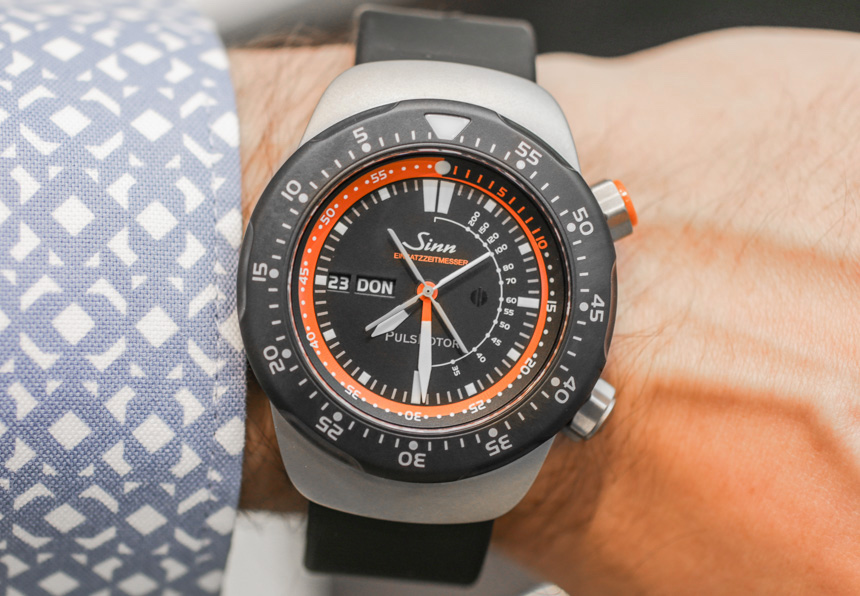 Battlefield medics and first responders call it “the platinum ten” – the ten crucial minutes between arrival, triage, treatment, and evacuation of a victim in a crisis health situation, a span where every second counts and every decision made can spell the difference between life and death. Teased in the weeks prior, and just introduced for Baselworld 2017, the Sinn EZM 12 Air Rescue is a watch designed specifically by, and for EMS pilots and flight medics – professionals who live, and save lives in that critical ten-minute window. 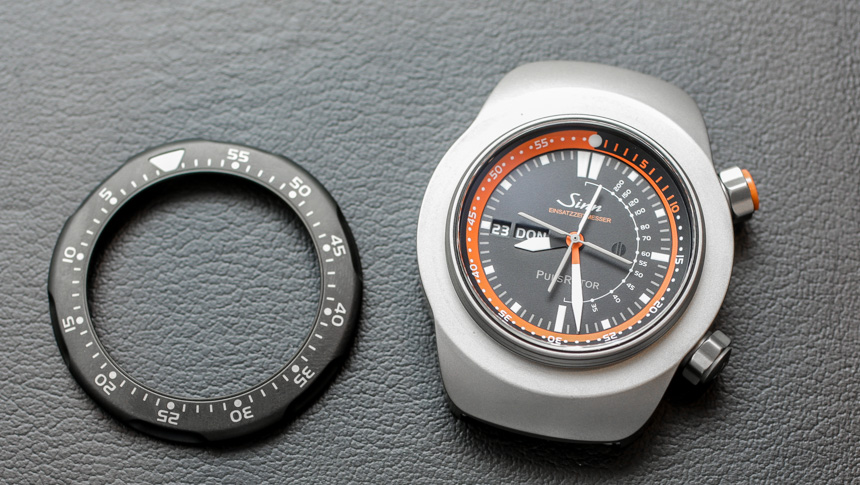 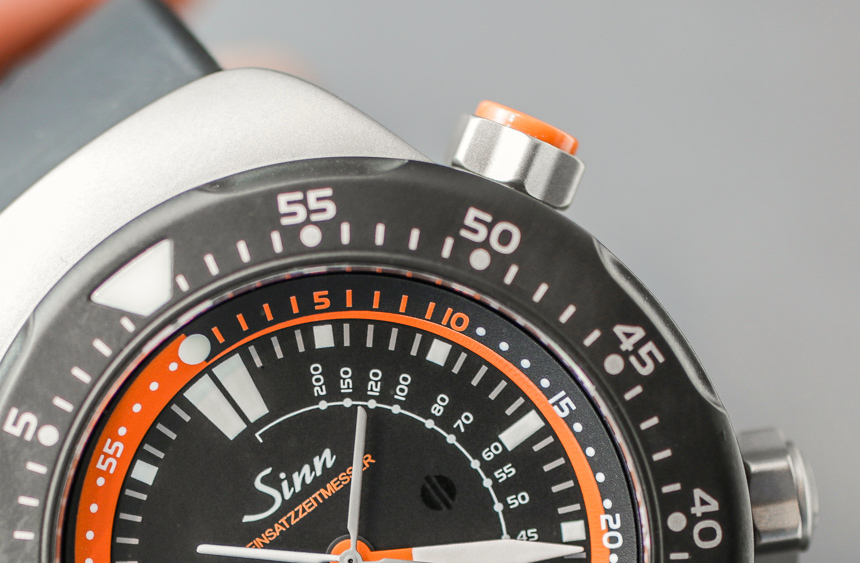 For those looking to brush up on their German, EZM is short for Einsatzzeitmesser, or “mission timer.” The EZM series has now been a mainstay in Sinn’s lineup for 20 years, where it routinely showcases the brand’s latest technologies and design innovations. So it goes without saying that the EZM 12 has big boots to fill, as it joins a tradition of interesting and exceptionally rugged mission timers, all of which have been purpose-built for some of the most demanding professions in the world. 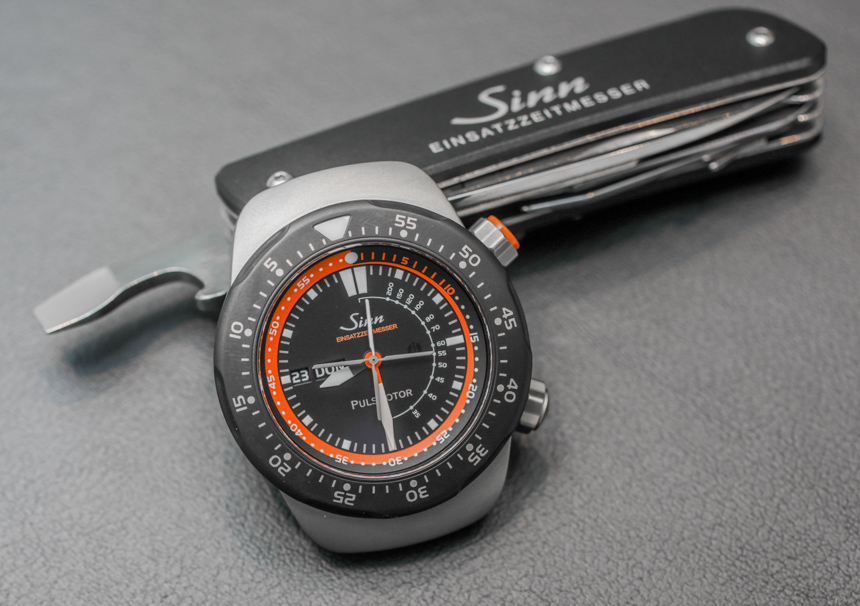 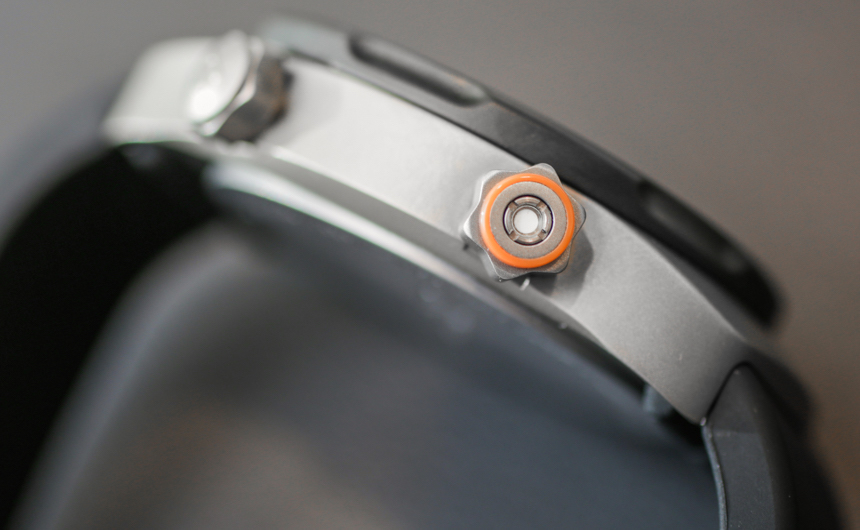 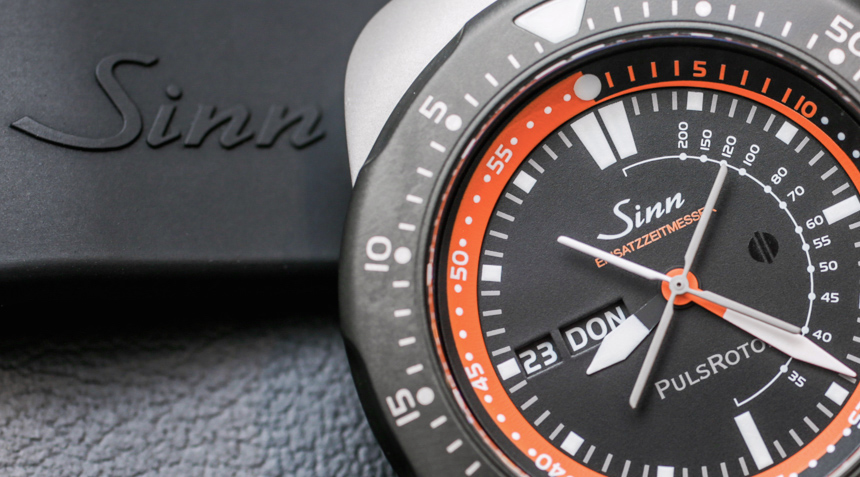 These include the colorful EZM 7 with its air supply timer designed for firemen, or the oil-filled EZM 2b that was built for GSG 9 (the equivalent of an elite SWAT unit with the German police), and is now standard-issue for the German Navy’s elite combat divers. Granted, the ultra-specific feature sets of these watches could be limiting their respective audiences in some ways, but it’s probably safe to assume that there are still enough watch fans out there who still appreciate this unique approach to design, even if they’re not first responders or elite special forces operators. 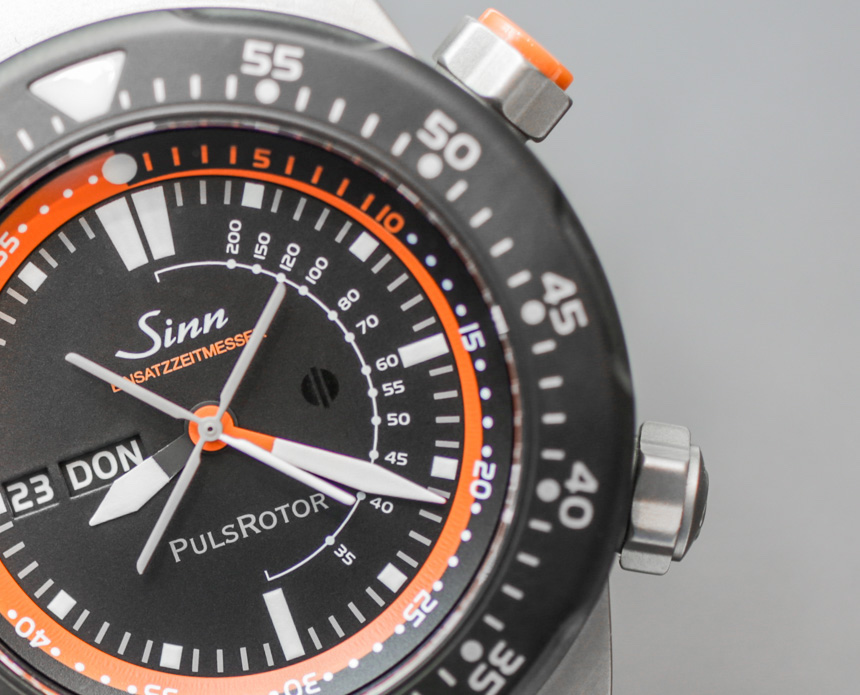 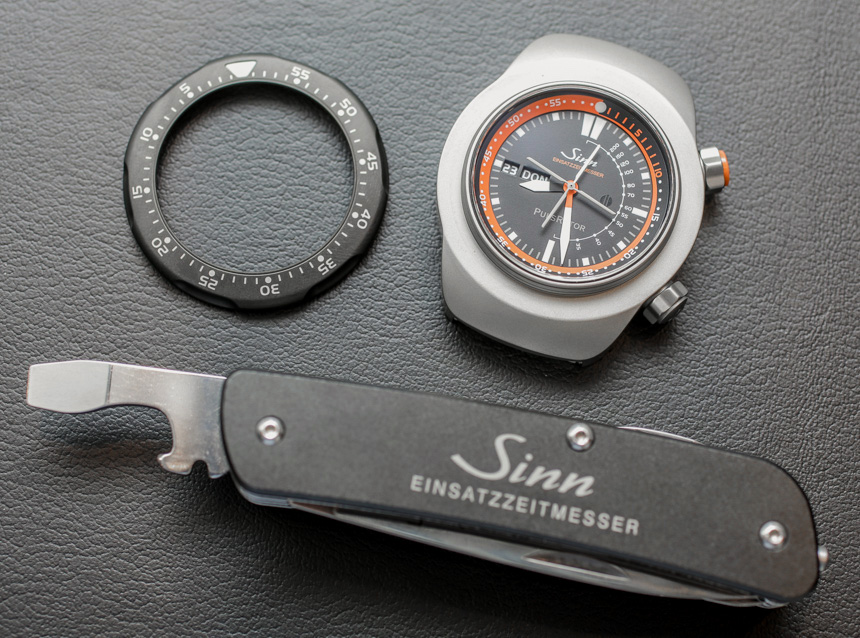 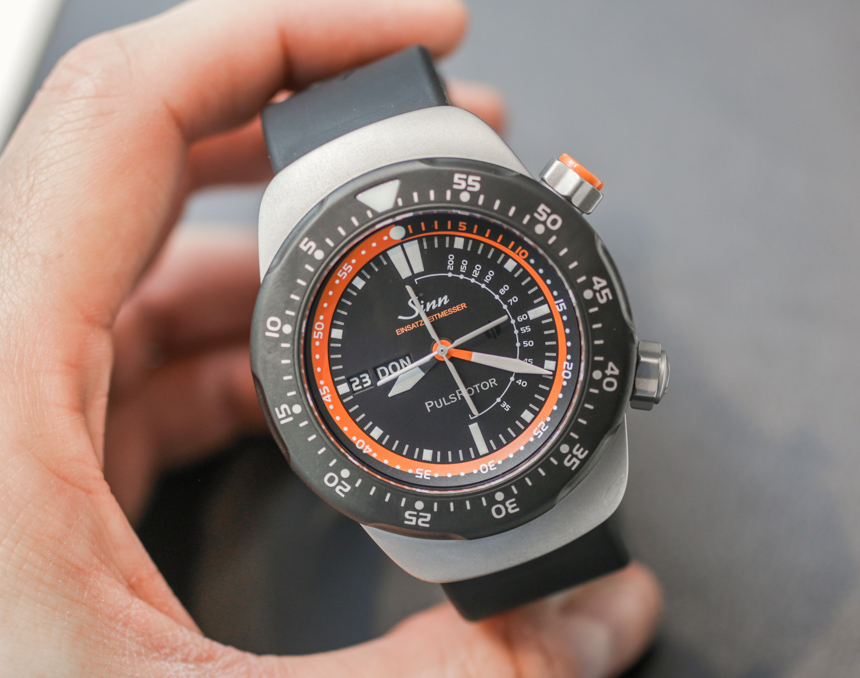 That said, the Sinn EZM 12 Air Rescue is probably one of Sinn’s most esoteric tool watches yet, designed through direct input from the elite German Air Rescue Team, who required three timekeeping elements unique to EMS. Each of these elements represent a different interval as it pertains to triage and victim care: an inner rotating count-up bezel for measuring the first ten minutes following arrival (the aforementioned “platinum ten”), an exterior rotating countdown bezel for measuring the “golden hour,” or the span of time in which arrival at a hospital and/or stopping blood loss offers the greatest chance of survival, and a pulsometer integrated in the seconds hand with an accompanying graduated scale. 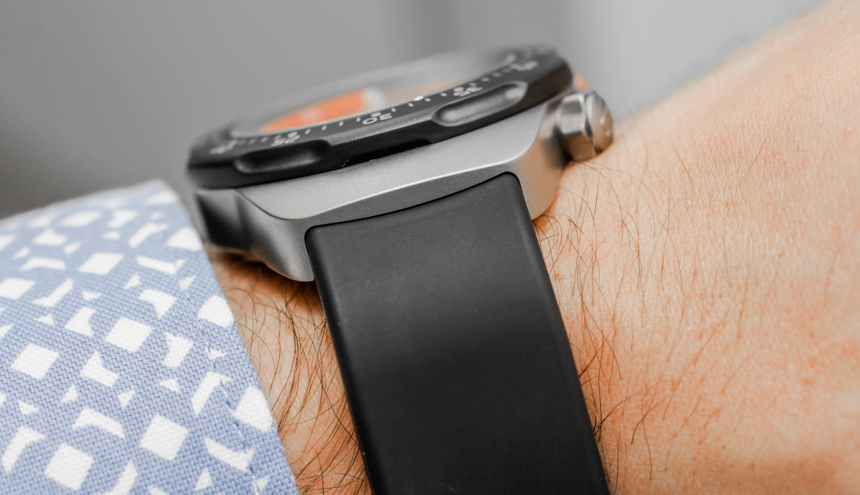 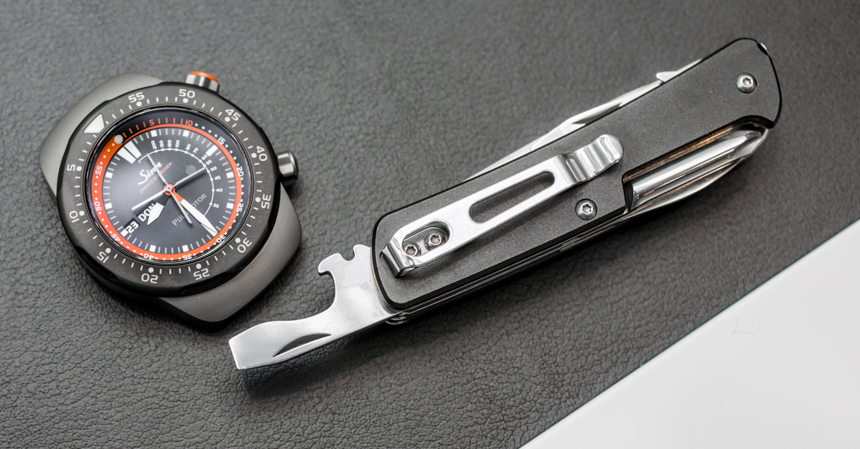 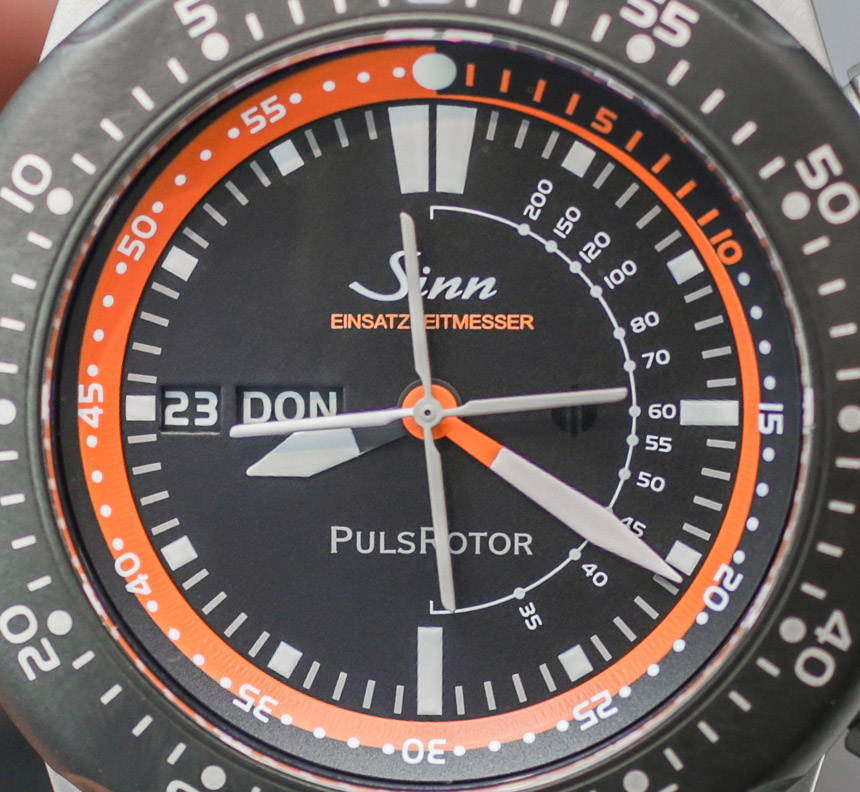 It’s an awful lot to take in, and it ultimately yields a pretty busy dial, but if you look closely, you can see all the different scales and their various reference points, cleanly laid out to remind the wearer that critical patients need treatment and transportation in the first ten minutes, and any patient should arrive at a hospital within an hour of the accident. Simple, right? 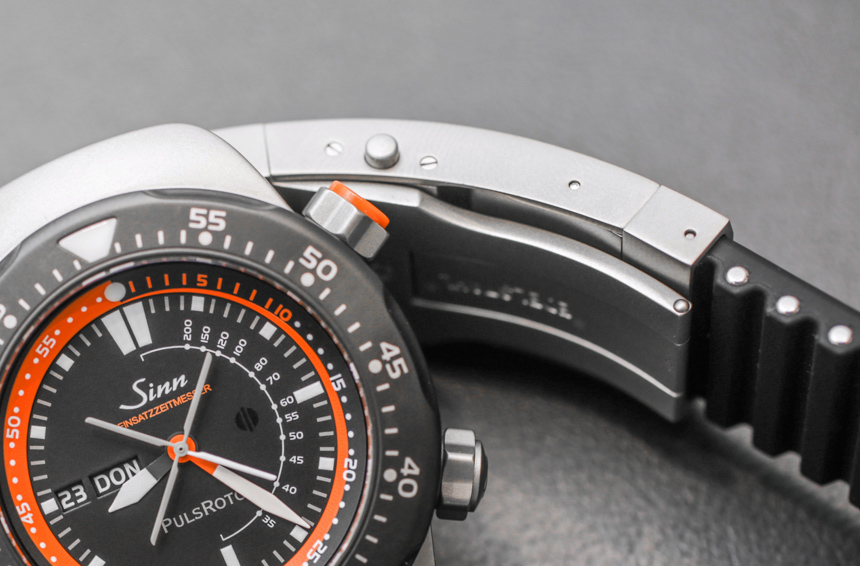 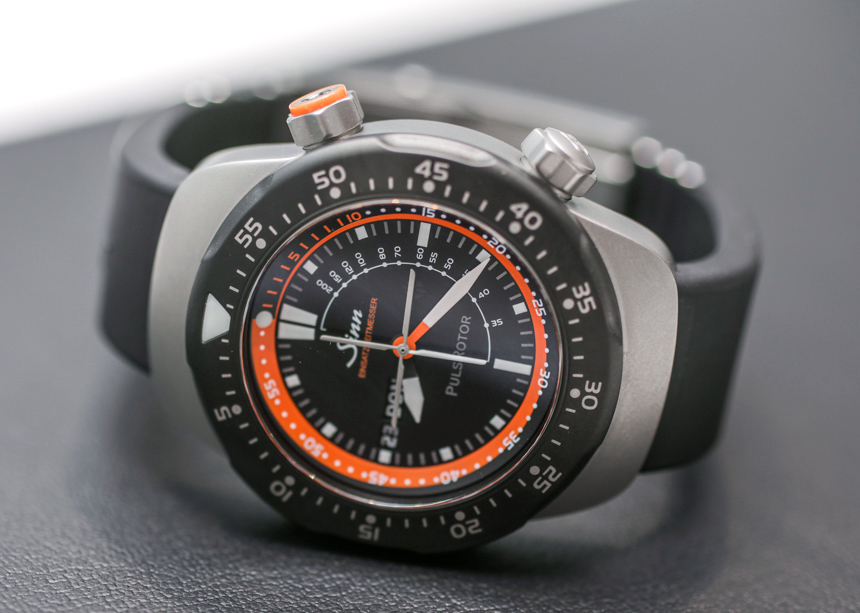 Now, how closely a flight medic is going to be able to monitor all this while in the chaos of a trauma incident is probably a valid question, but it does little to change the fact that this is still an exceptionally cool, perfectly legible watch – at least under the bright lights of the convention hall. That said, the PulsRotor seconds hand is likely to be the watch’s most divisive feature. In static images, the seconds hand looks cool, but with all four points rotating at once, it can take a little getting used to. To be fair, putting a pulsometer whose scale only utilizes half the dial on a three-handed watch is pretty clever, but to pull it off, you do need a running seconds hand that has repeating indicators on the standard 15-second basis of measurement – which, in this case, happens to conveniently look a lot like a helicopter rotor. 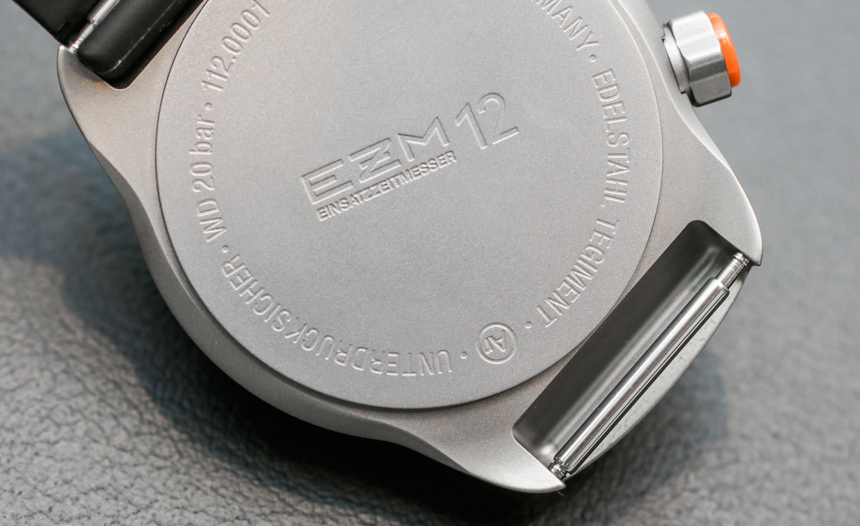 The movement Sinn uses here is a self-winding ETA 2836-2 that has a stop seconds function. It operates at 28,800vph and has a 38-hour power reserve, which does seem a little less robust than what I’d expect from a watch designed with such a serious purpose. 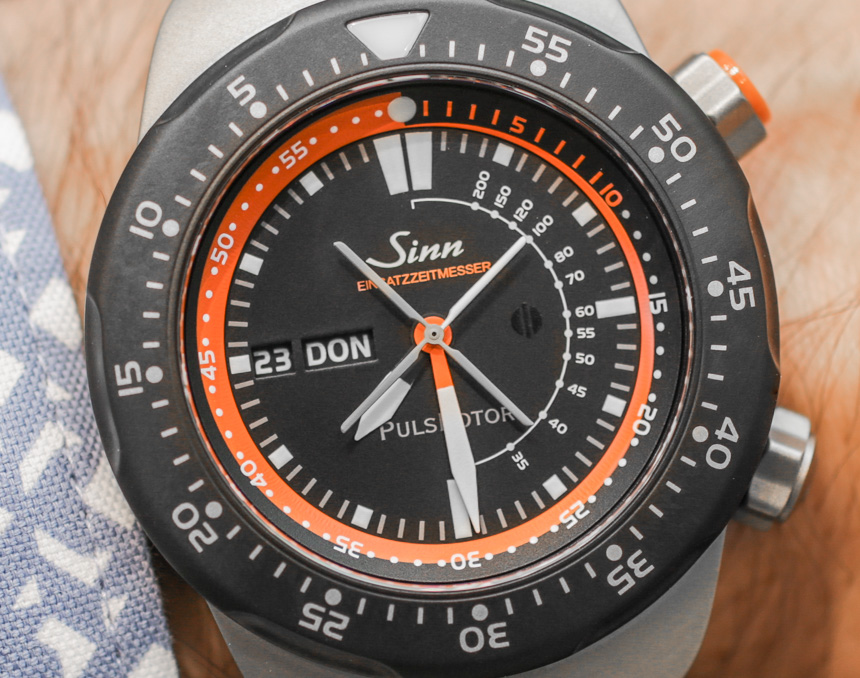 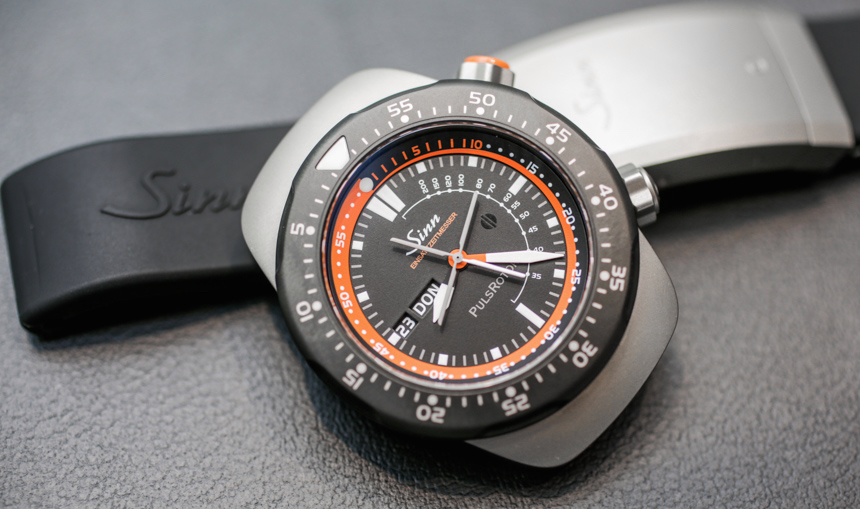 In addition to the EMS-specific timekeeping devices, the Sinn EZM 12 boasts the ability to be easily disinfected alongside the rest of the medical instruments in the helicopter cabin following a trauma flight, simply by removing the strap (which is affixed to the case using an easy and tool-less quick-change system) and prying off the bezel using a flat blade or the watch’s included multi-tool. Exposure to blood, and the requisite cleanup is just another day in the office for a first responder – and this feature nicely illustrates Sinn’s commitment to delivering a truly professional-grade product, even if the vast majority of us non-professionals get queasy at even the thought of blood on our watches. 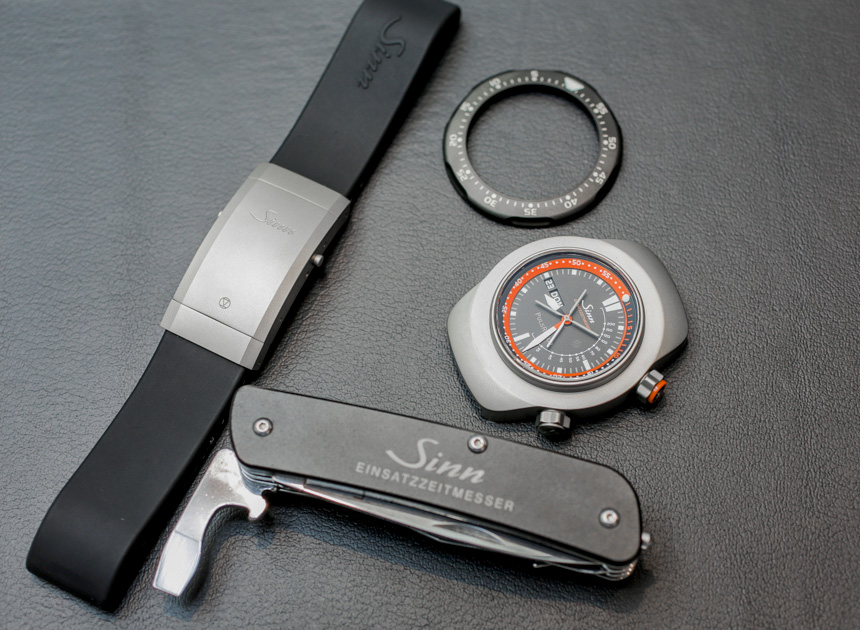 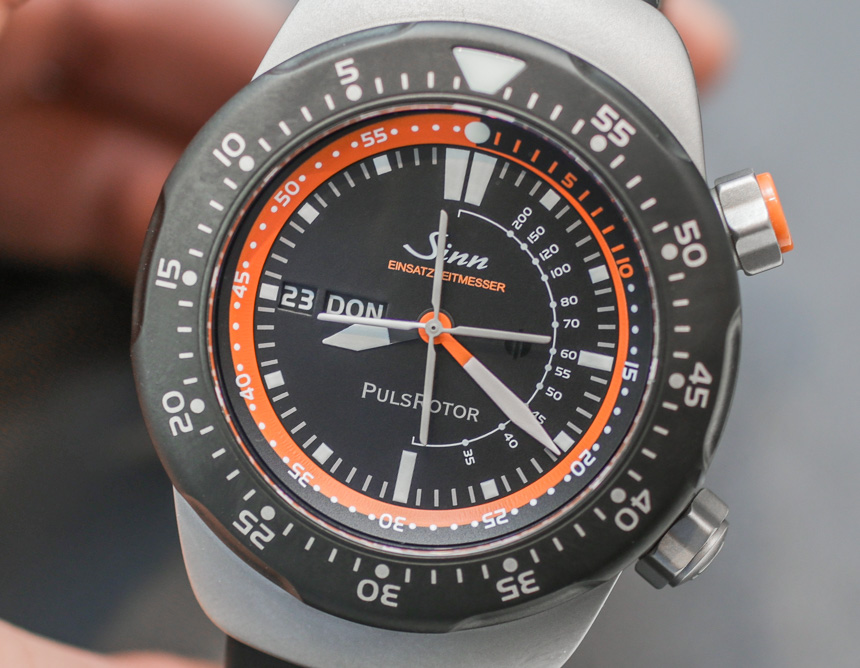 In keeping with the capability of the rest of Sinn’s EZM offerings, the Sinn EZM 12 Air Rescue is built with a 44mm Tegimented (hardened) steel case that’s only 14mm at its thickest point – which is a bit of an optical illusion, as its cushion shape and thick bezel suggest a watch that wears much larger than it actually does in person. Being water resistant to 200m and anti-magnetic, the case is shielded from elements both inside and outside the helicopter, making a pretty compelling option for folks like Coast Guard rescue swimmers as well. Its feature set is rounded out with other Sinn signatures, like the dehumidifying capsule cleverly tucked into the inner-bezel crown at 2:00.

The watch ships in a presentation box that includes the multi-tool for removing the bezel, and performing any number of other handy tasks around the medical helicopter. The Sinn EZM 12 Air Rescue should be available soon, with a price of $3,340. sinn.de