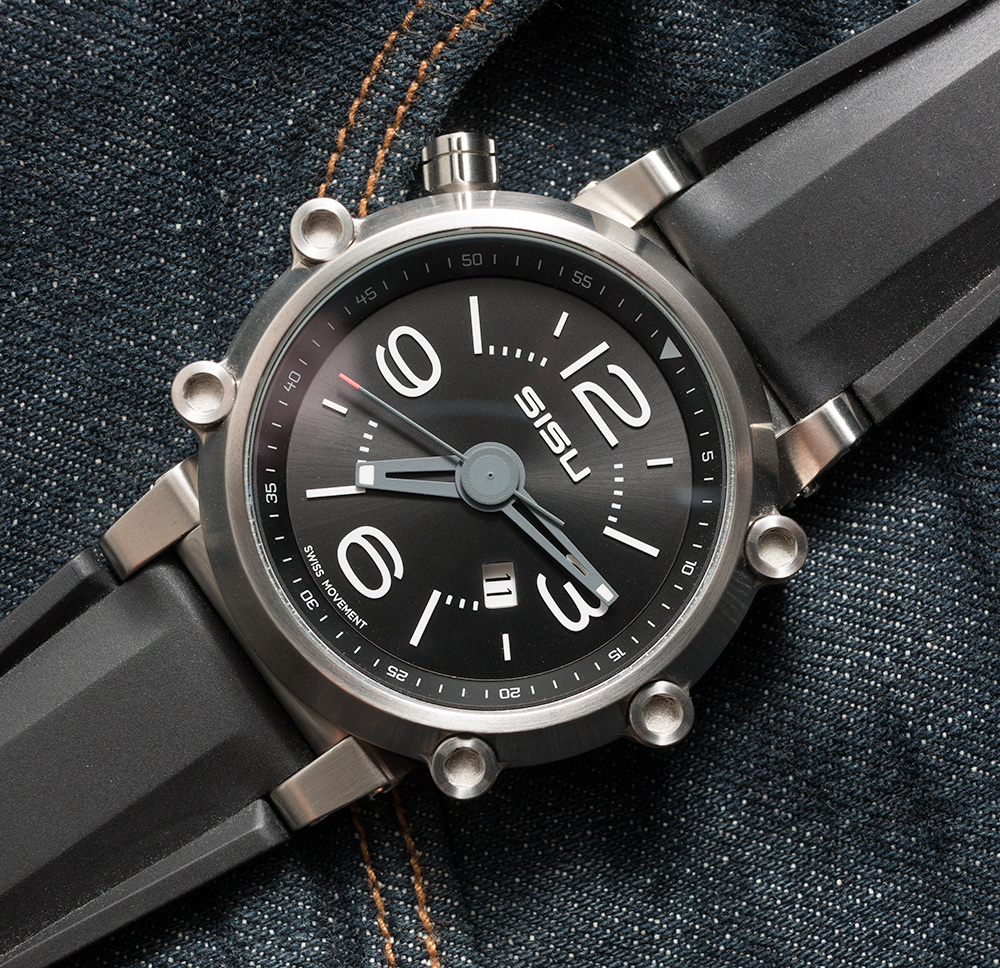 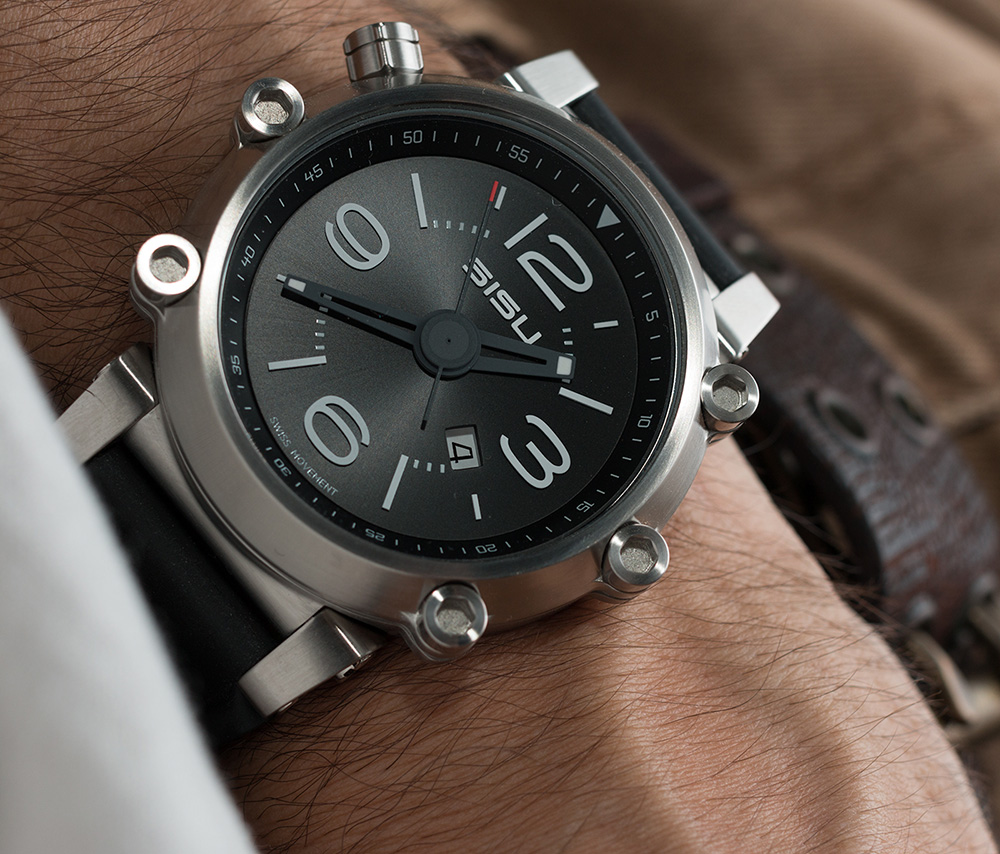 Let’s discuss some specifics of the Sisu Carburetor Q1. The “Carburetor” name designates it as another automotive-inspired piece, and the “bolts” around the bezel (that bezel isn’t going anywhere) and rubber strap help the Sisu Carburetor Q1 look like it would fit in among the tools found in an auto repair garage. It also fits well with Sisu’s overall industrial theme and not-for-everyone-but-not-trying-to-be aesthetic. “Needs more knobs,” comments one Instagram user. I didn’t have any power tools handy for some lifestyle photographs, so you can see my moody cheesecake and coffee setting below instead. The Sisu Carburetor Q1 turned out to be very photogenic. 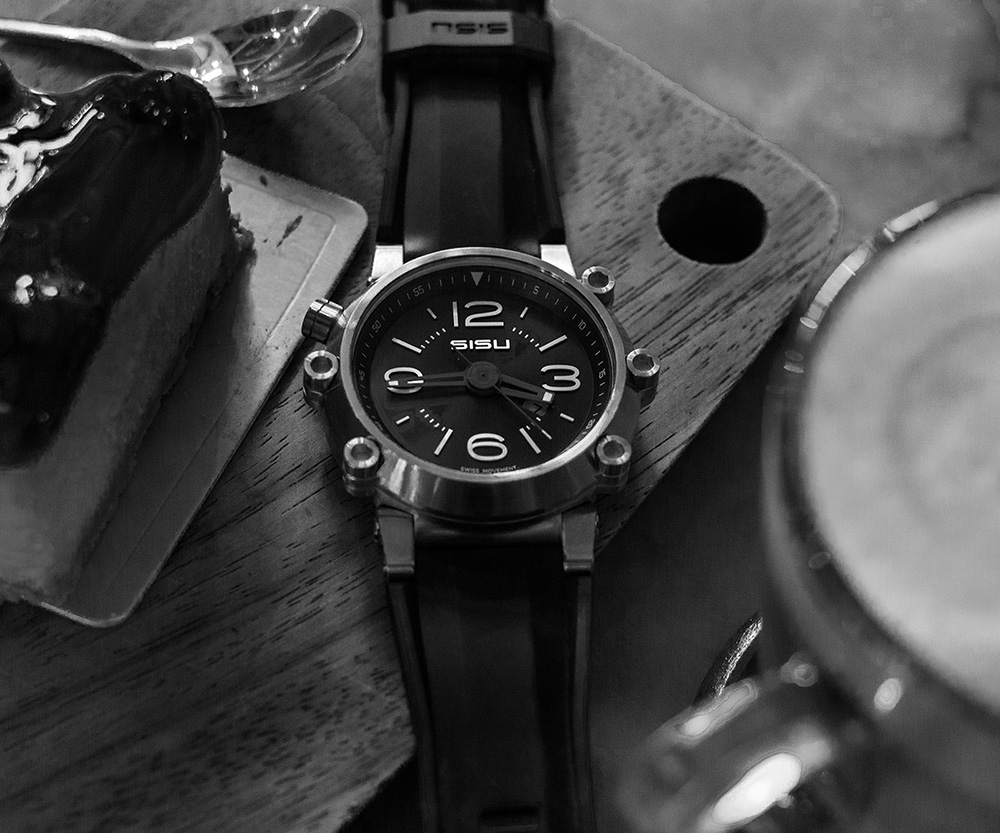 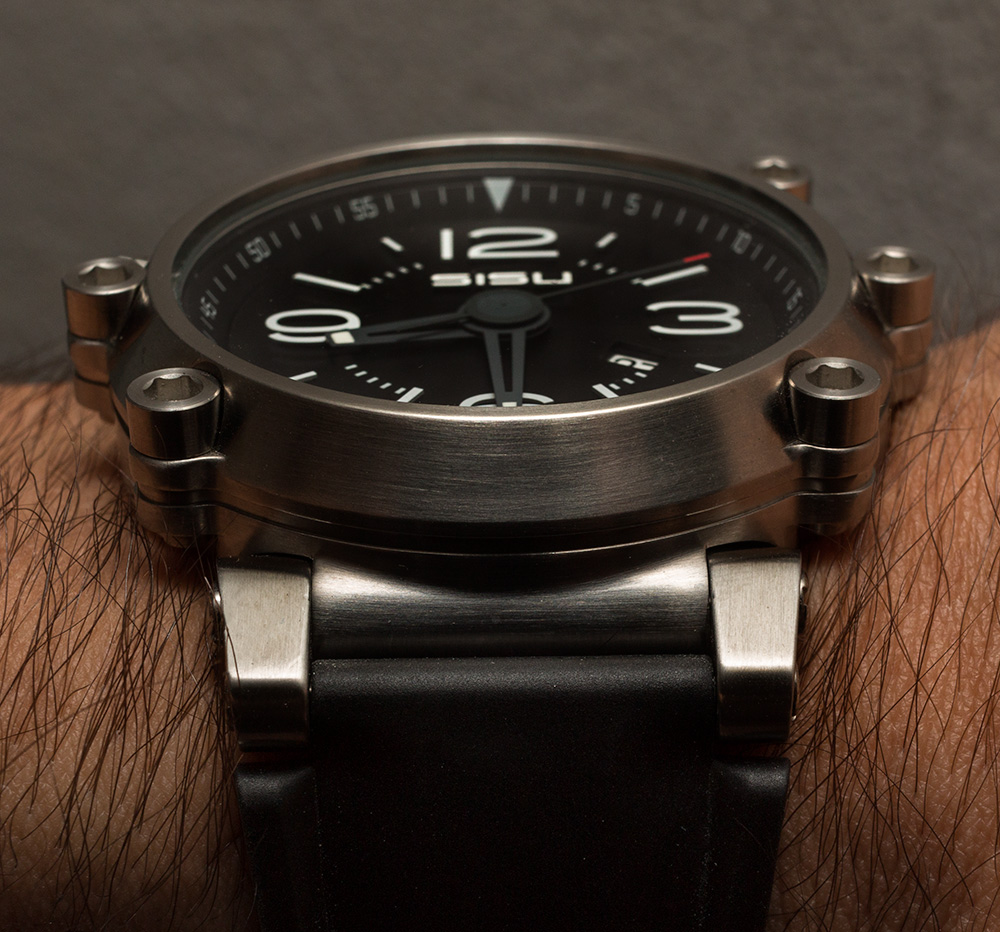 The size alone makes the Sisu Carburetor Q1 highly legible, but the antireflective coating on the mineral crystal also helps, and the matte-finished hands against the subtly sunburst-finished black dial work well enough. There was never a moment that I found the Sisu Carburetor Q1 difficult to read. Lack of lume aside from the tips of the hands is a surprising choice for a watch like this, especially when other Sisu watches are well-lumed. It’s hardly even worth sharing a lume shot for this review since there is so little to actually see, but here you go anyway. 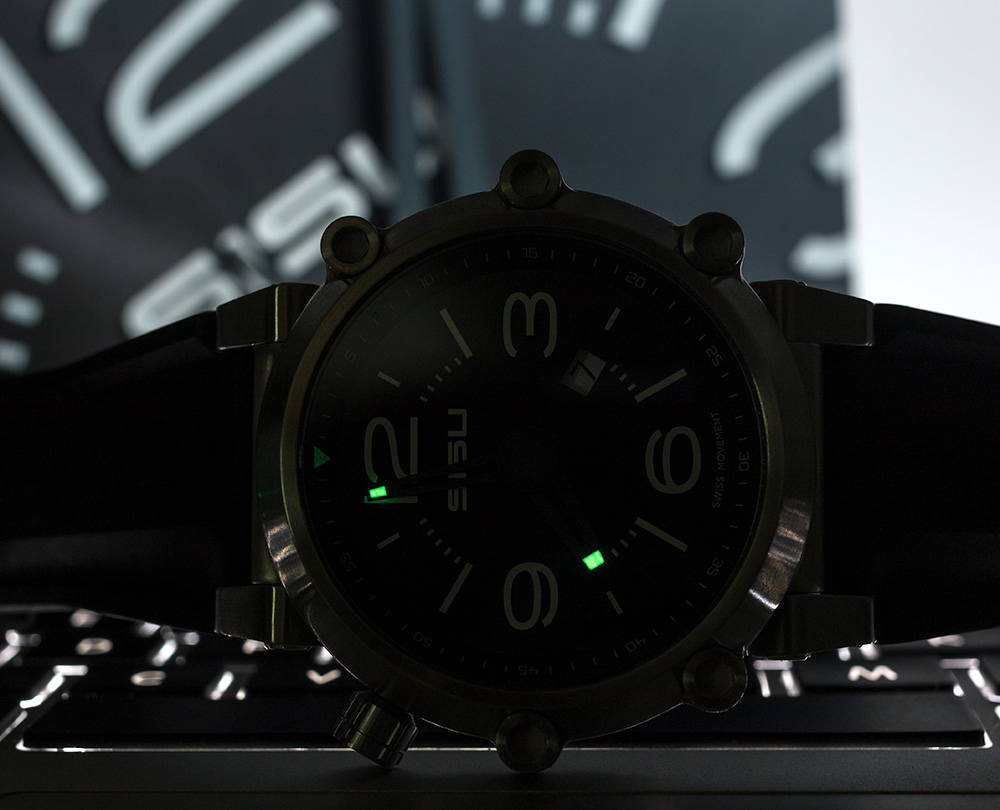 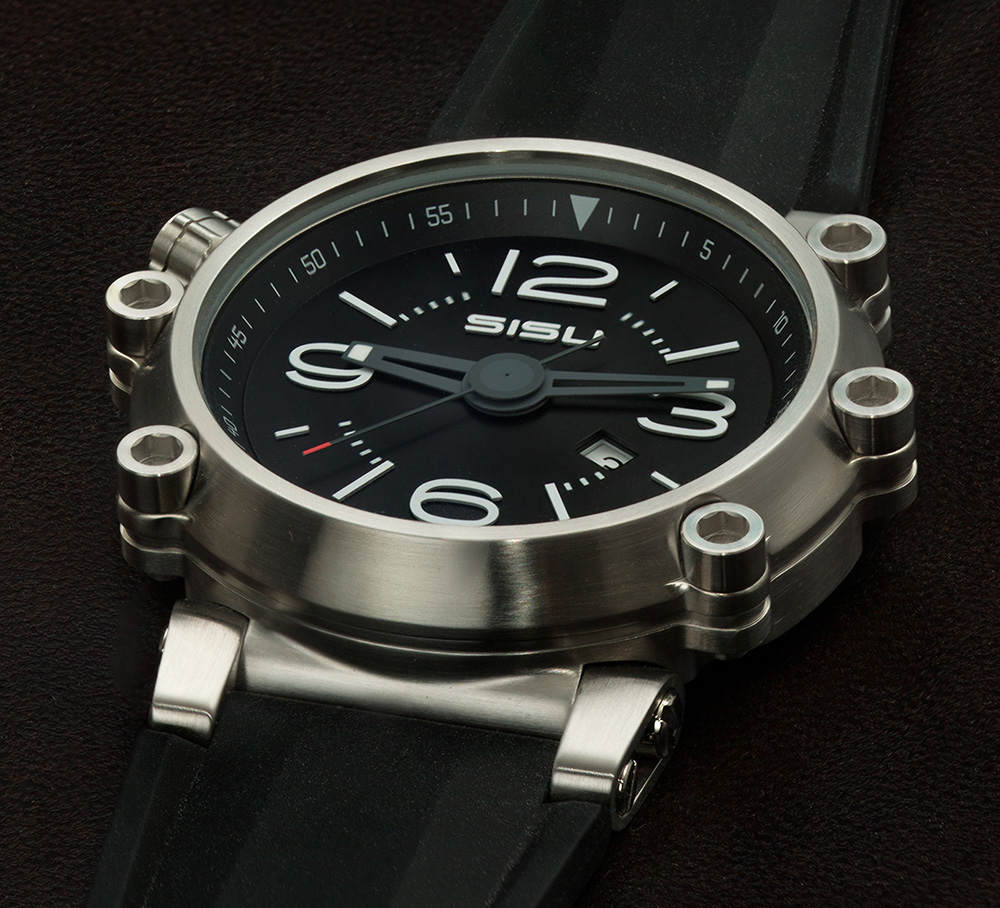 On the topic of the hands… I’ll just say it: the ticking seconds hand does not line up with the indices. I noticed this almost immediately out of the box, and honestly, was never able to stop noticing or to get past it. Quartz has its place for me, mostly being in digital display form, and you will often find a G-Shock or Protrek on my wrist. An all-analog quartz watch with a heavy fashion element to it, on the other hand, is usually something I look right past unless it’s got something really special and interesting going on. But I was happy for the challenge of approaching this watch with an open mind – I’ve never really worn something like it before.

While not a real functional problem, the misaligned seconds hand seemed to reinforce all my biases about the quartz watch experience. It’s a shame because there is little else about the quality that would stop me from recommending the Sisu Carburetor Q1 to someone drawn to its style. The Swiss ETA F06.161 quartz movement inside the Sisu Carburetor Q1 has a battery life of five years. 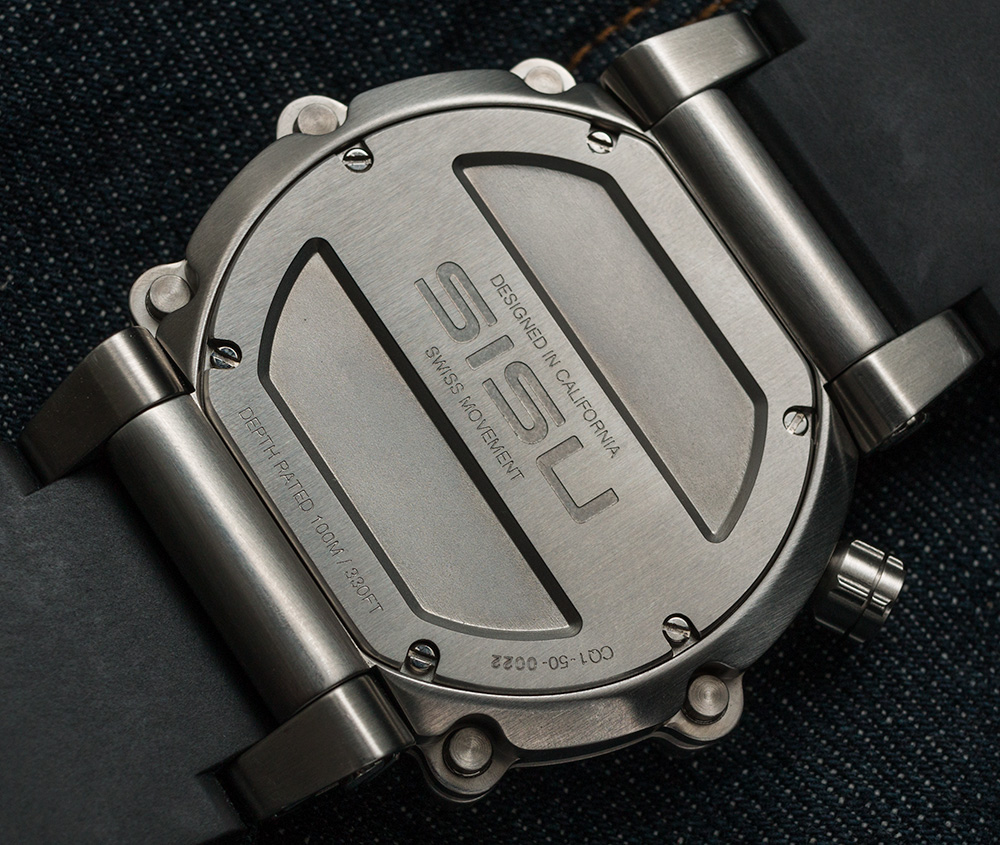 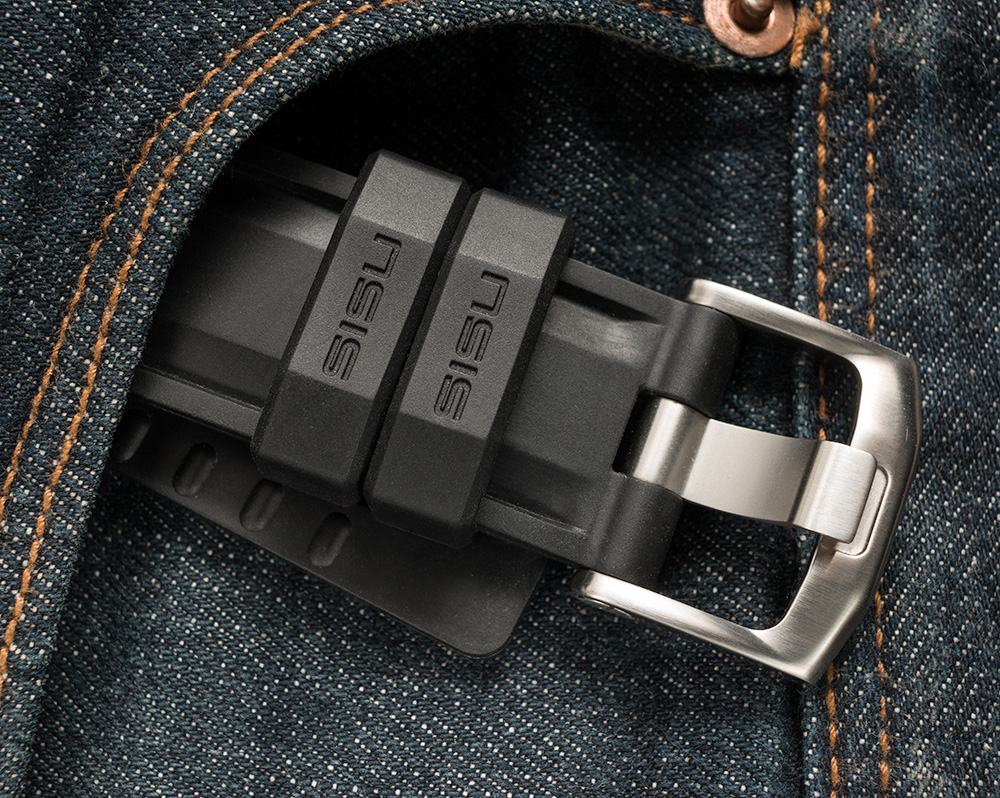 Moving on, the Sisu Carburetor Q1’s soft rubber strap with appropriately chunky steel buckle is bulky-looking but comfortable. This is undoubtedly due in no small part to the articulating lugs, which is something it would be nice to see on even more watches. The hinged lugs move smoothly and sturdily, just as you would want them to. I am not sure that they actually contributed to the Sisu Carburetor Q1’s surprisingly decent wearability, but they are an appreciated touch, commendably executed. The mostly brushed elements of the complicated-looking case reinforce the tool theme. 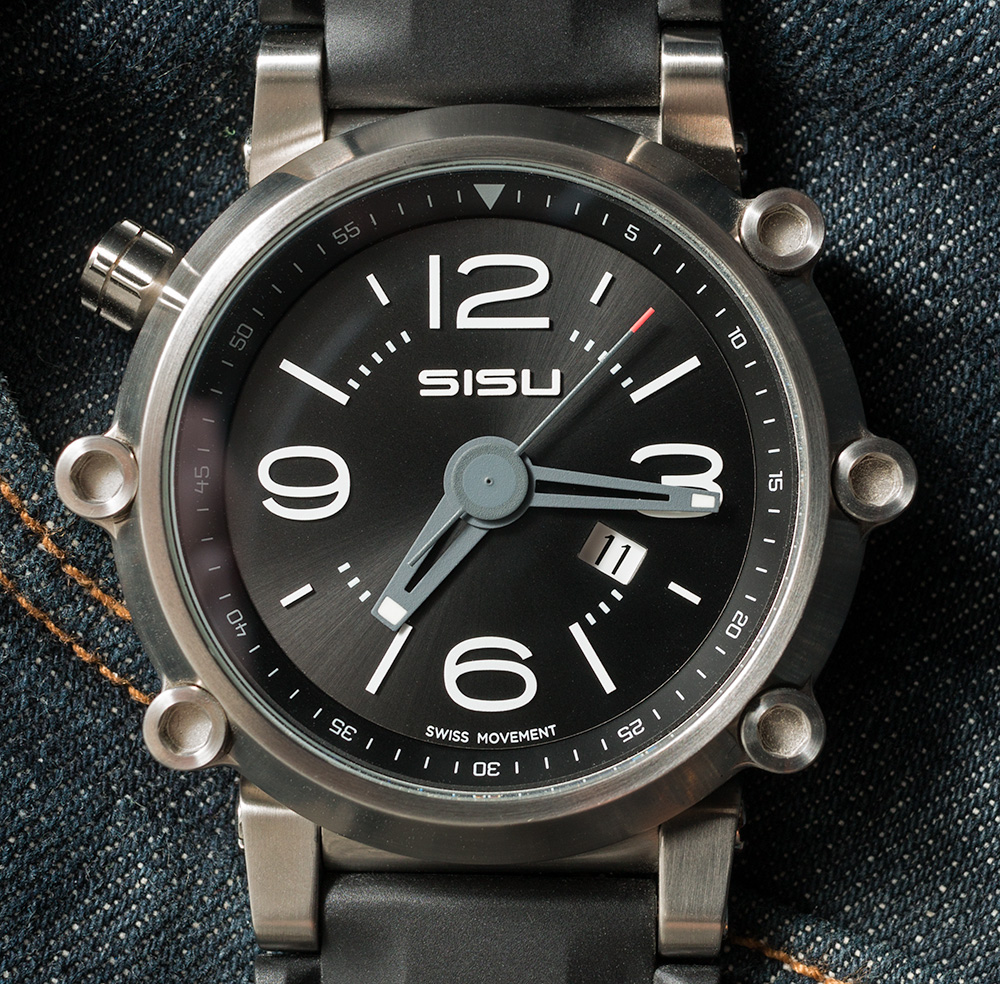 While it’s safe to say I don’t represent Sisu’s typical target consumer, the Sisu Carburetor Q1 offers the Sisu experience at a relatively affordable cost. What is the Sisu experience? It seems to be all about conveying “strength” through a solid construction and a bold, aggressive presence. It is also heavy on personality. While the brand by no means has a monopoly on the idea of the “oversized” watch, I believe that Sisu was an early proponent of the trend that seems to now be finally abating. There are still people out there, though, who “need” a big watch, and Sisu is still there for you. The Sisu Carburetor Q1 has a price of $695 and is available directly through the company’s website. sisumovement.com