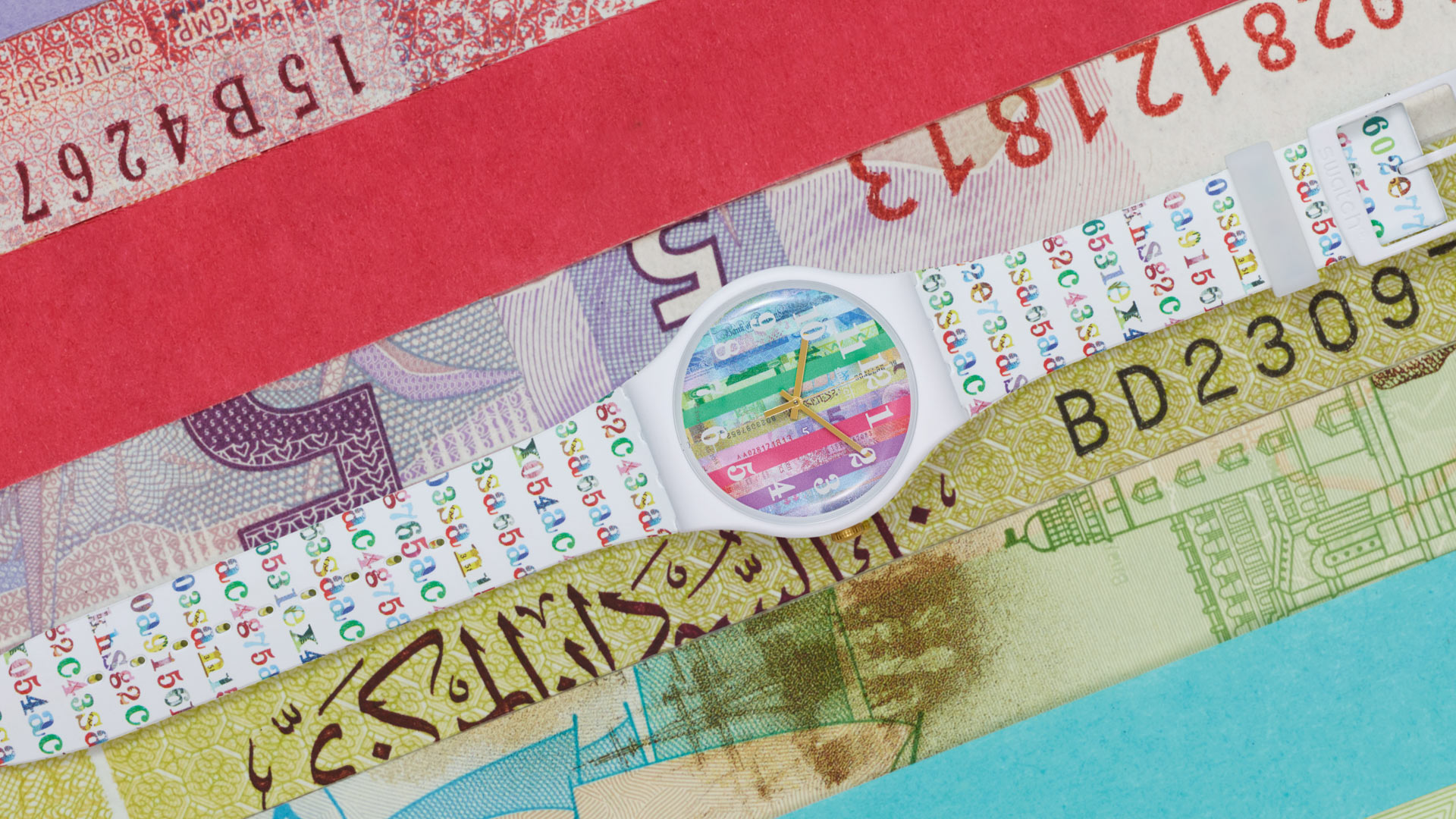 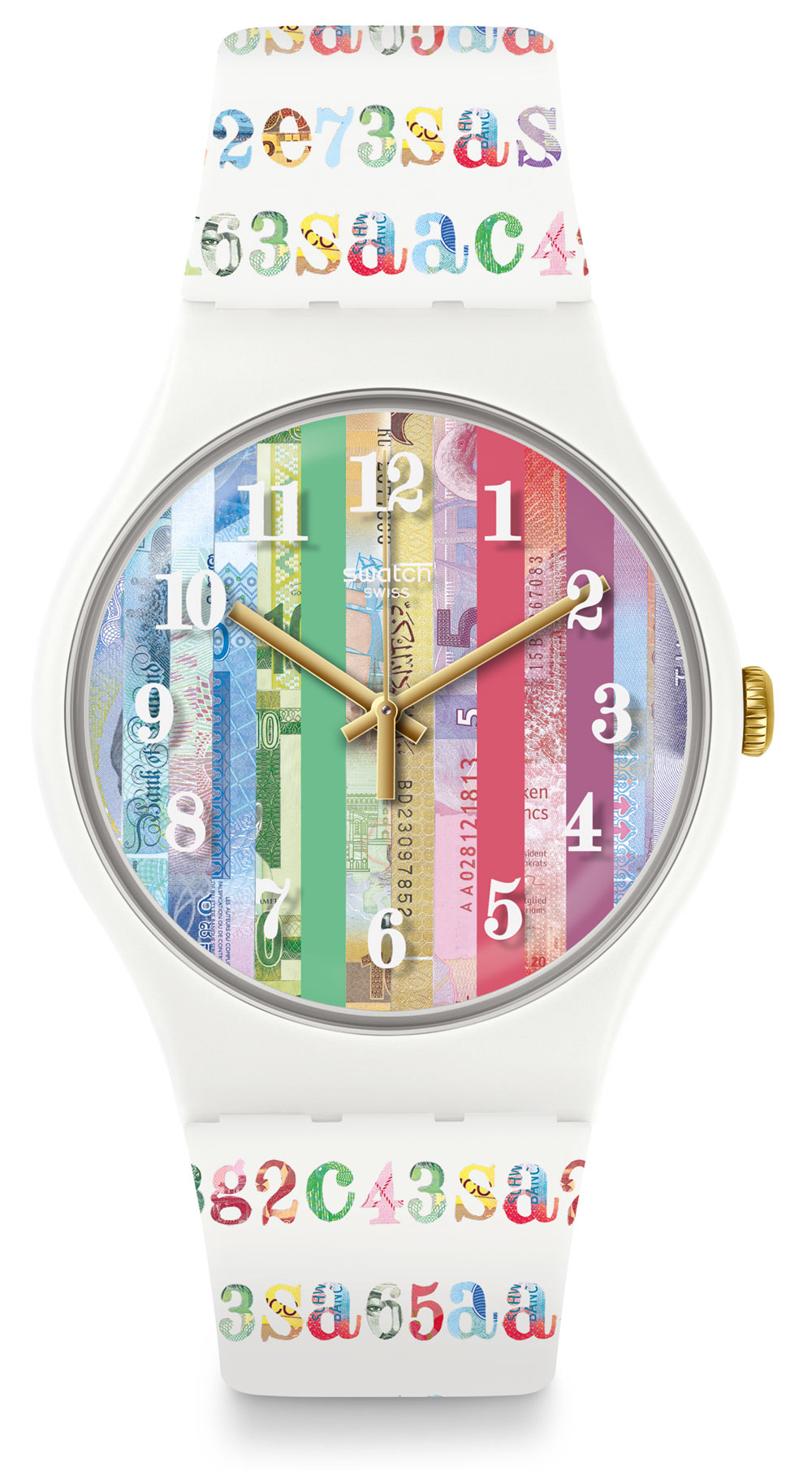 The latest Swatch + artist collaboration timepiece is this limited edition Swatch COLOURSHIFT, which is further intended to serve as a celebration of the 175th anniversary of The Economist magazine. Swiss Swatch produced with British artist Mrs. Justine Smith to imagine a fitting honor to the long legacy of The Economist. Deeply informed, actually insightful, and written with its characteristic good humor, The Economist magazine and its content has long-since been a staple of actually important news for well-informed and properly educated decisions makers across the globe. I certainly feel that way and I’m sure many others who read aBlogtoWatch will agree that The Economist is a staple of any news consumption diet. Now all I need is extra time to read each new issue cover-to-cover… 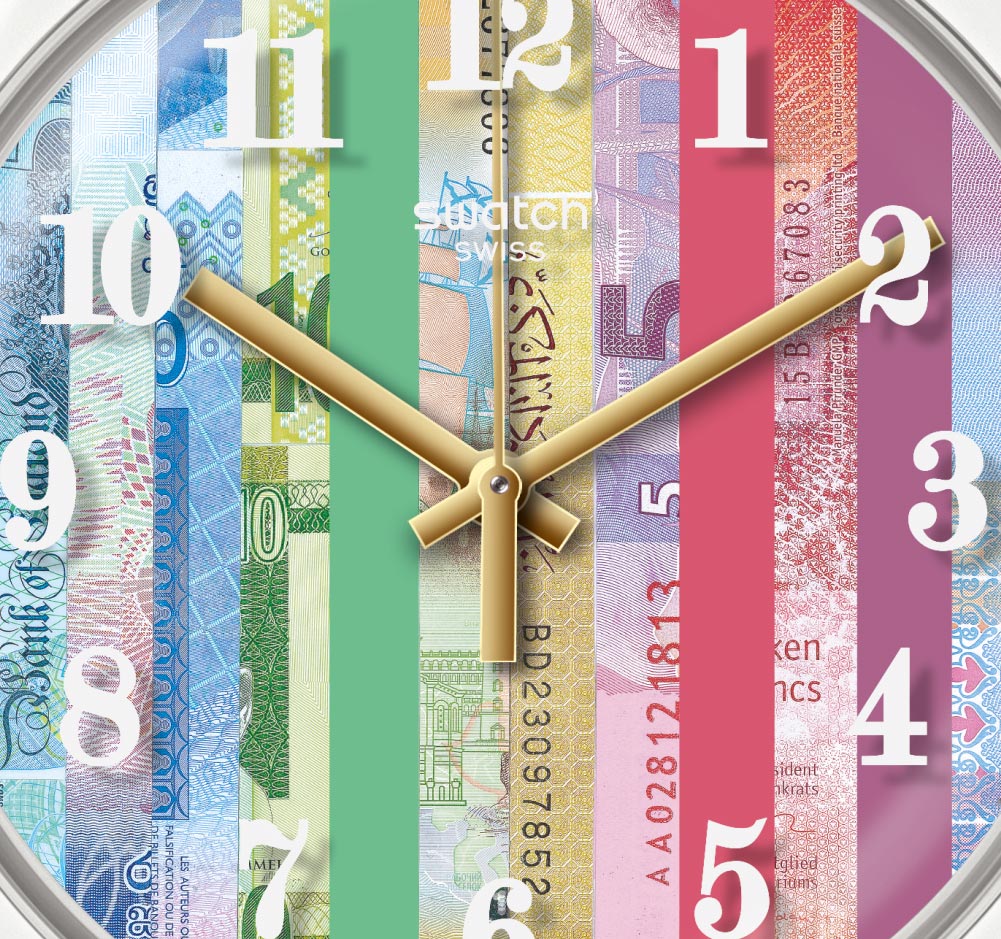 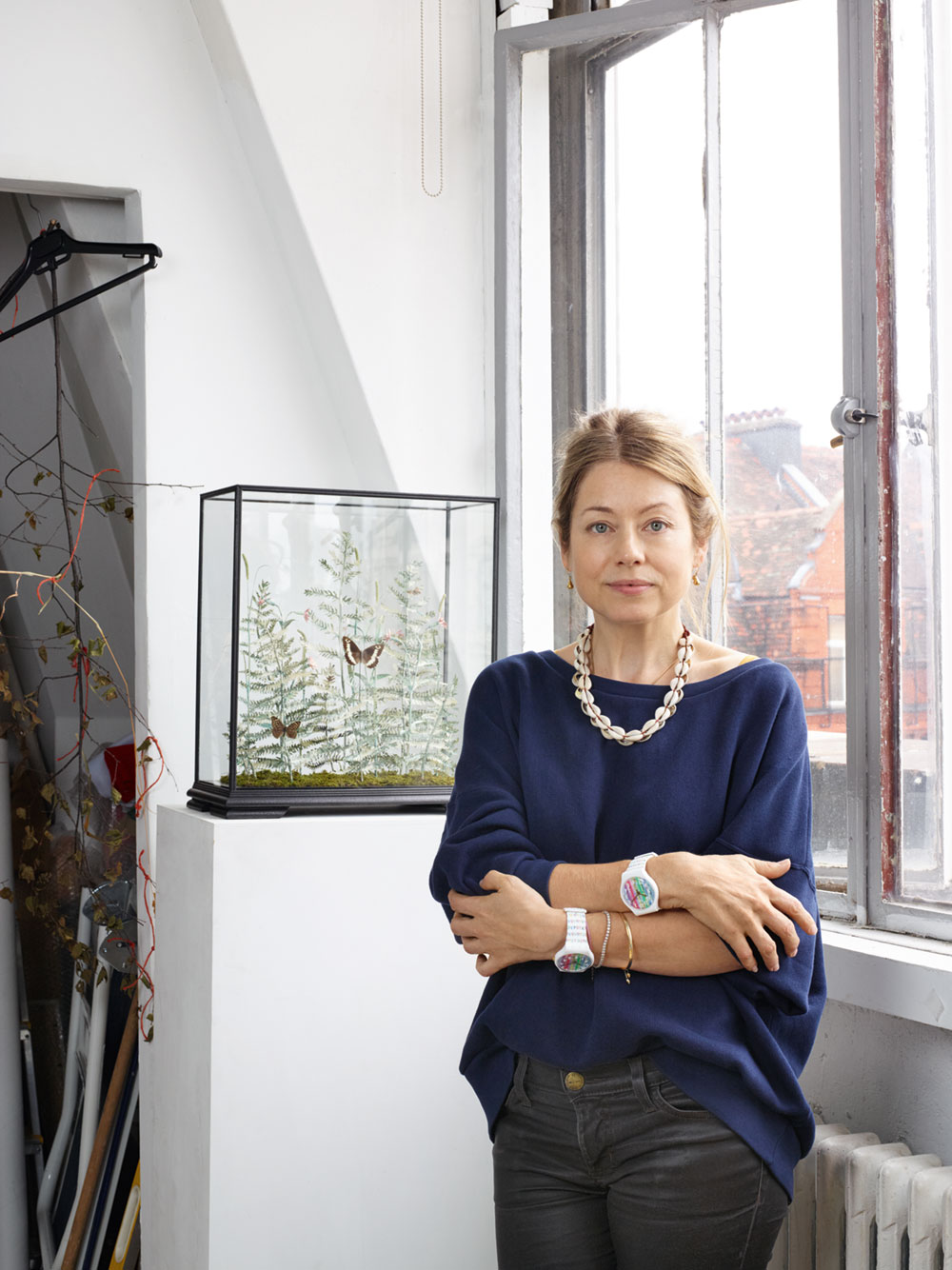 Justine Smith was inspired by money for the COLOURSHIFT watch. Actually, to be more precise she was inspired by currency. Not just traditional tangible (“paper”) money, but also more modern forms of money such as cryptocurrencies. The result is a colorful montage of currencies in vertical lines on the dial, along with colorful bits of alphanumeric code which represents the blockchain-backbone of cryptocurrencies. The result is a very colorful watch that might surprise some who consider the 175th anniversary of a business and political publication to be a more conservative affair. Swatch likely considers the COLOURSHIFT watch “unisex,” but it will be up to individual wearers to consider how the colors fit into their look. I would personally do my best to rock it, albeit as a man that enjoys donning bright colors. 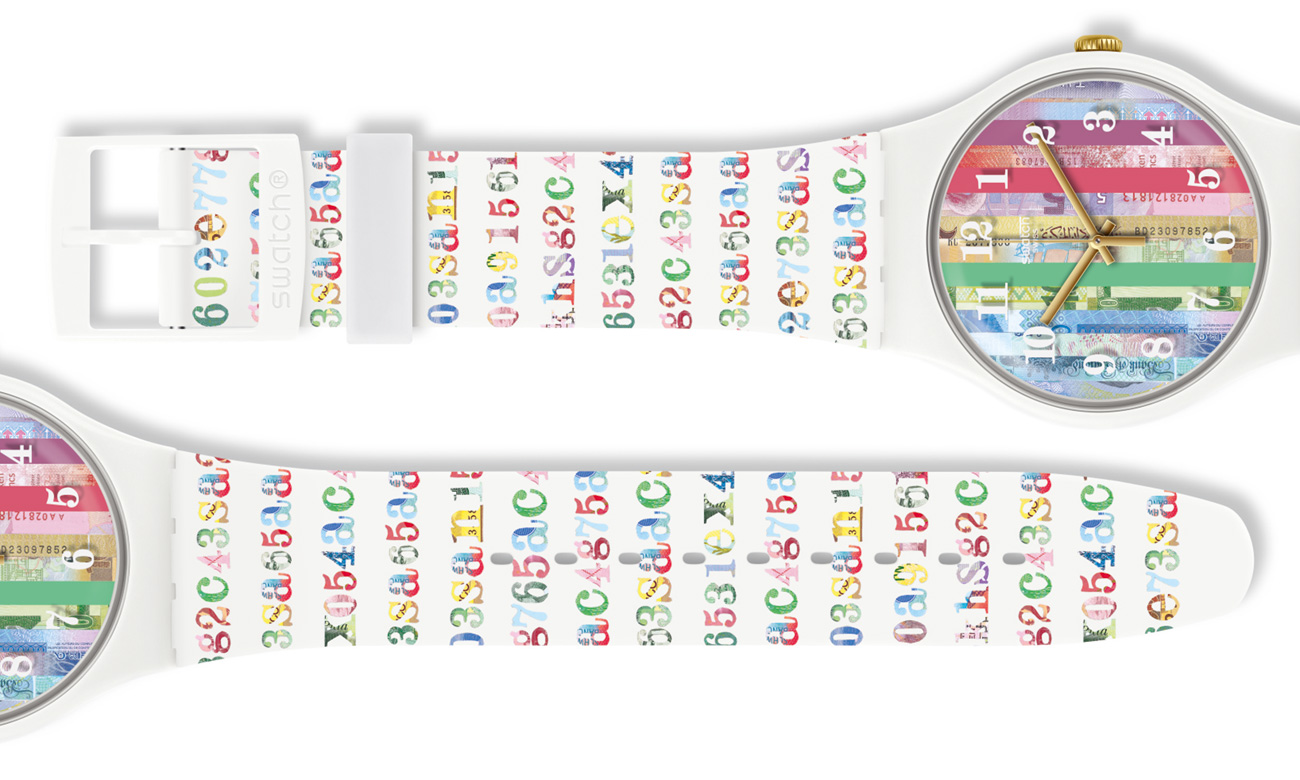 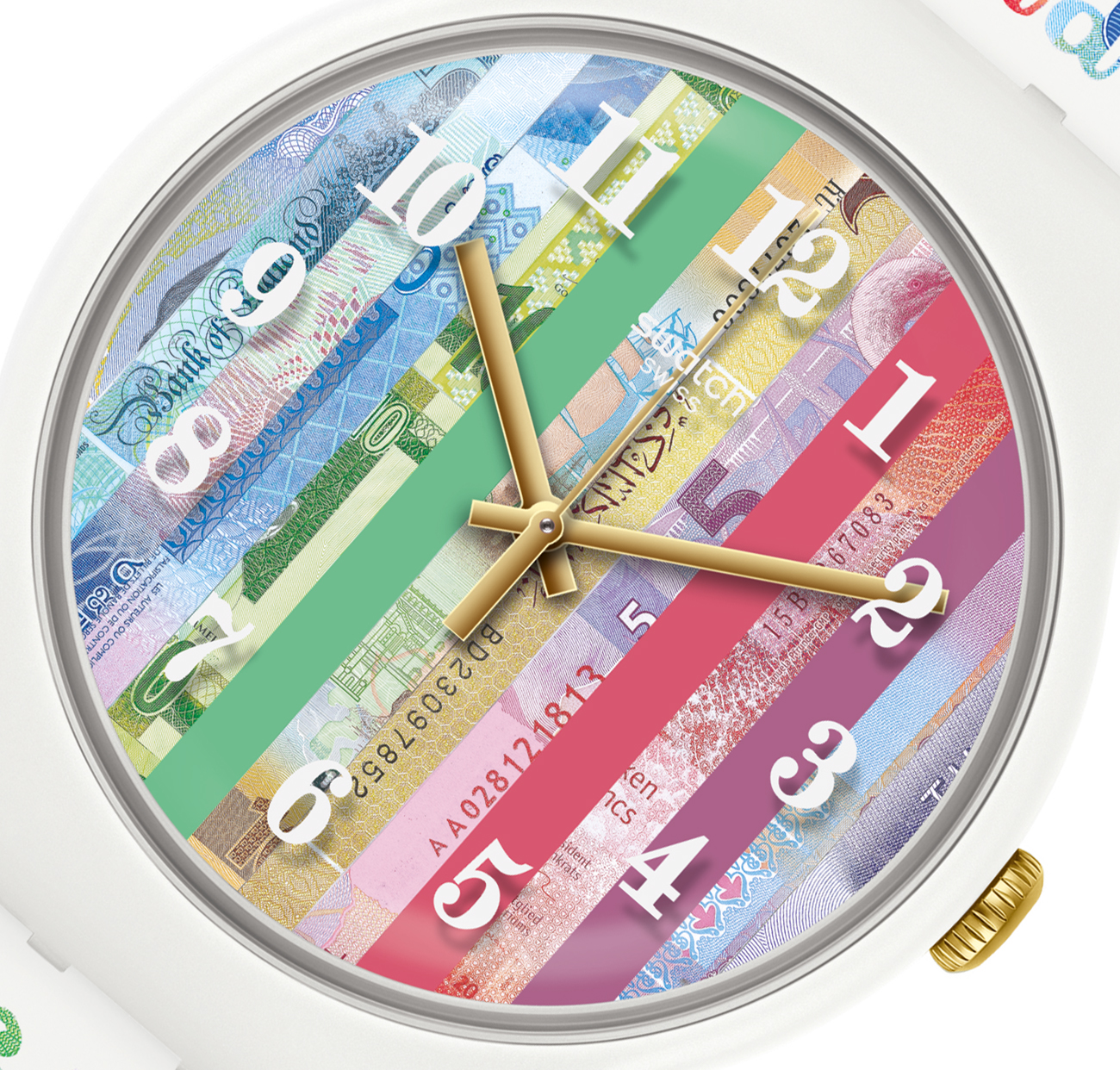 Swatch uses their stock “New Gent” case for the COLOURSHIFT watch that has a 41mm wide plastic case and printed silicone strap. Inside the watch is a Swatch Swiss quartz movement. The dial is nicely legible given the track of gold-toned Arabic numeral hour markers and matching hands. Swatch will produce the COLOURSHIFT as a limited edition of 3,953 pieces (with reportedly only 300 available for sale in the United States) at a price of $85 USD each. Happy anniversary, The Economist. swatch.com