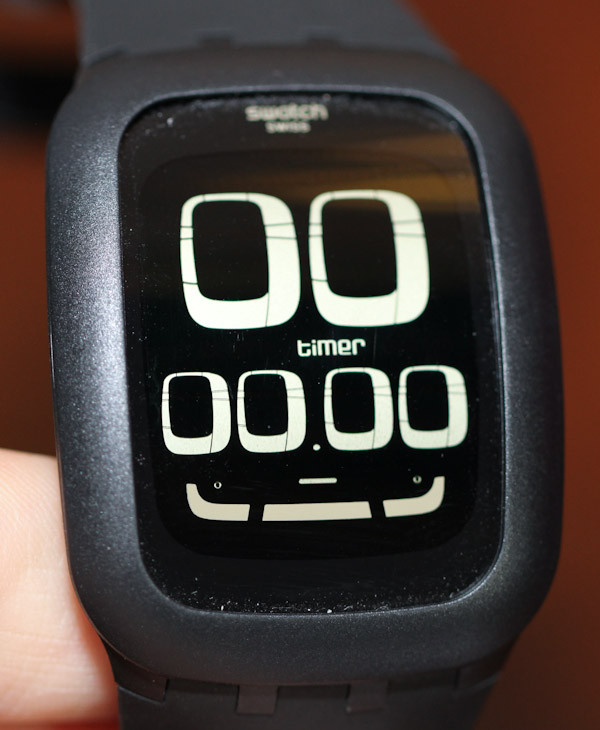 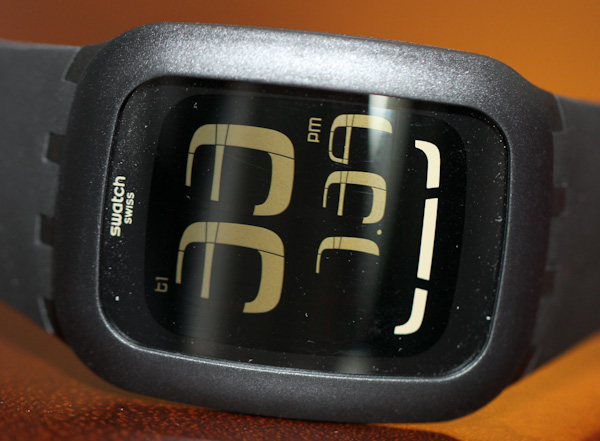 I am watching a video right now on Swatch’s website that is a TV commercial for the Swatch Touch watch. I haven’t actually seen it on television, but then again I am not likely watching the right channels. The video is graphical and friendly and MC Hammer’s famous song from the early 1990’s is playing. Only Swatch changed the lyrics from “can’t touch this” to “can touch this.” I wonder what percentage of the target demographic recalls or is aware of the song in the first place? This is a watch clearly aimed at generation Y and younger. For me, the song is a distant reminder of grade school.

Swatch Group’s Tissot came out with the T-Touch in about 1999 I believe. It was probably the first watch that I know of that utilized a touch screen to access some of the functions. Now over a decade later, the T-Touch is one of the brand’s strongest sellers. Only recently have you started to see touch screen watches in lower-priced variants across other brands. The Swatch Touch retails for about $149, much less than its bigger Swatch Group family brother which averages about $1,000. 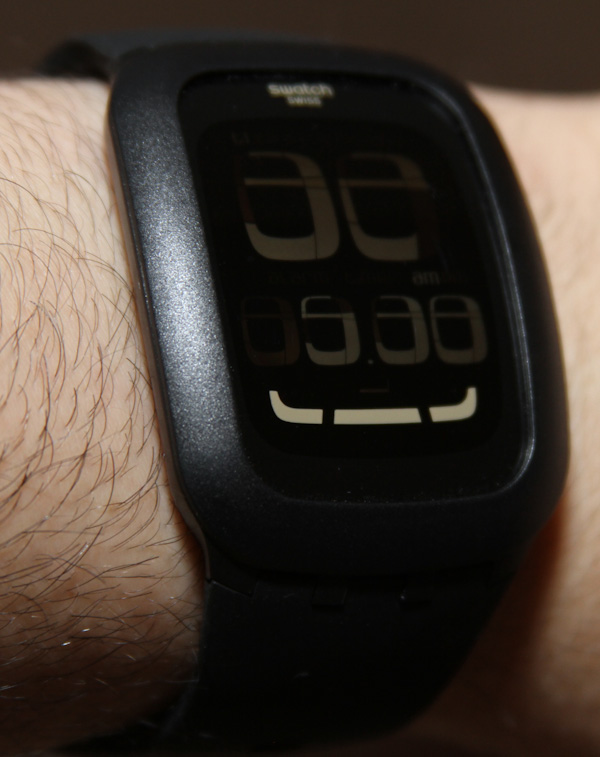 Touch screen watches today have two main purposes. First is to help watches achieve a more seamless look devoid of such utilitarian perturbances such as buttons and crowns. Frankly, I don’t mind a few buttons and crowns, but then again I am not a chic Adobe Illustrator savvy designer. Second is to appeal to the touch-screen generation. All the iPhone, iPad, and other tableters out there just can’t get enough of poking and prodding their way through product interfaces. So, watches need to follow suit to stay hip right? Well that is the idea at least.

Without any buttons, the all digital Swatch Touch has a “touch region” on the lower half of the screen marker with three indicators. You touch the far two indicators at the same time to activate the touch response, and then you can either change the settings or literally swipe through the functions. There is a assuring beep and actually a small tactile response when your command is registered. Once you figure out where to move your finger, your swipes are pretty much always registered. The swiping part was important to Swatch given that today it is not just about mere touching, but also gestures.

I have to say that the system works pretty well. No real lag times, and the system is responsive. The watch is what it is and isn’t very confusing. Functions include the time, second time zone, alarm, chronograph, and date. There is also a backlight. With only a minor learning curve, the piece is easy to use – but you do need to learn how it works initially. The most quirky part of the watch is the display style. The strange looking font is meant to be unique and modern, but can hamper legibility until you get used to it. The main display focuses on the seconds counter while the time is read below. These are numerals you either will or will not get used to over time. The kids won’t have much problems though.

The Swatch Touch is a bit larger than you might think (at 39mm wide). It makes for a good men’s size, and a large size for girls. Swatch however considers it a unisex watch with colors for men and women. Guys get black and camo, while girls get pink, blue, and purple. Everyone can enjoy the white version. The curved plastic case is comfortable, with good textures and a silicon strap that isn’t as “sticky” as some others. The case is water resistant to 30 meters and I like (similar to many Swatch watches) that the battery compartment is easy to get to on the back of the watch. 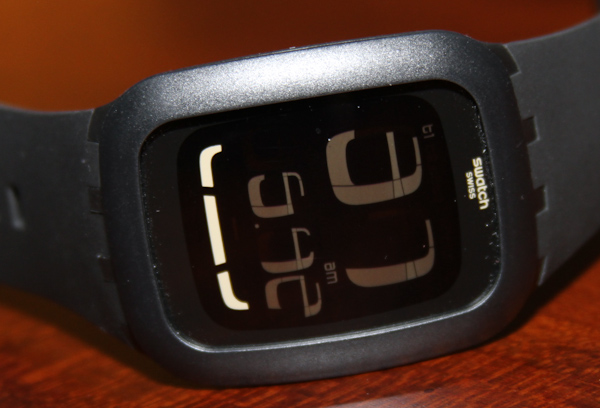 Kids really need to start wearing more watches these days and the Swatch Touch is a good choice. It combines a lot of desirable traits. It isn’t boring, it is digital without looking like a calculator, the UI is meant to be different, and it doesn’t look like dad’s watch. It is still a watch however and will help them graduate to bigger and better things in the future. I am not saying that adults can’t enjoy the Swatch Touch either, but Swatch is clearly targeting a younger demographic, so I am evaluating how well they succeed.

The Swatch Touch watch retails for $149 and is available online and in Swatch Touch stores. It likely makes a good gift for a youngster and will be a fun watch. You might want to make sure the size works for them and that they like the style of the digital numerals. As a watch produced for a specific purpose I would say that Swatch did a pretty good job, but in the end it does not really offer functionality that buttons and a crown have failed to provide.