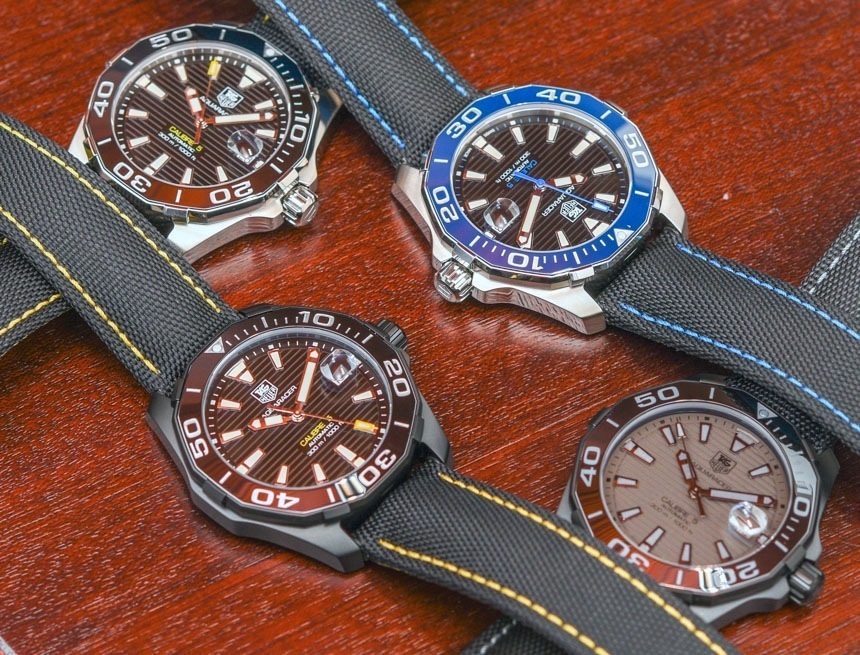 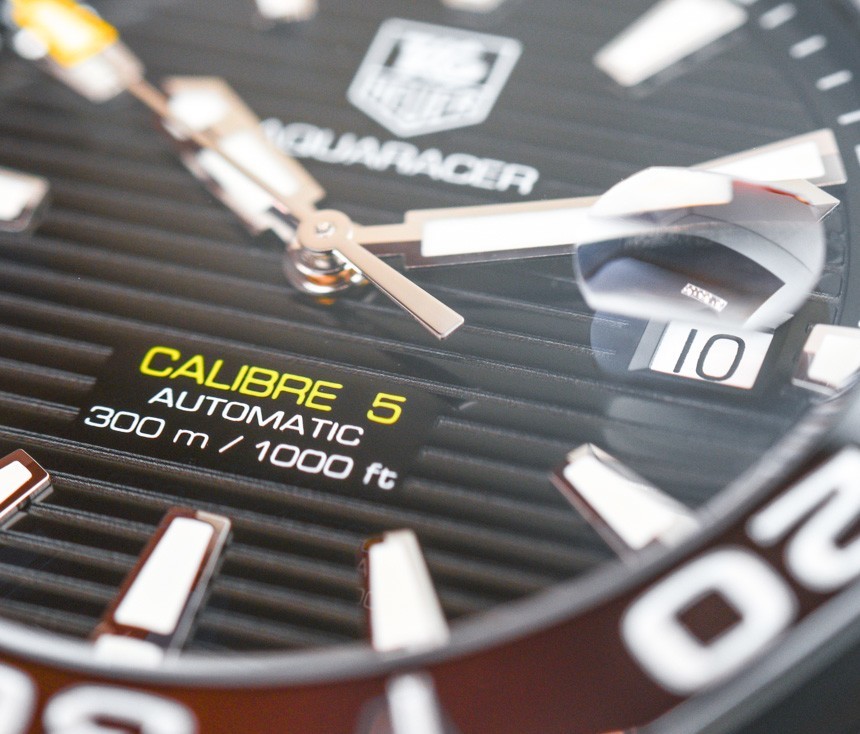 A major and likely divisive design element will be the “cyclops,” that magnifying bubble over the date. Honestly, for some reason, I didn’t even notice it at first glance on these watches. While it will turn some people off, it does seem like yet another place where value has been added. Personally, I’ve never actually owned and lived with a watch that has a cyclops, but I don’t mind them in theory, or when I have handled such watches in person. I think it can add personality to a design (not to mention making the date easier to read). 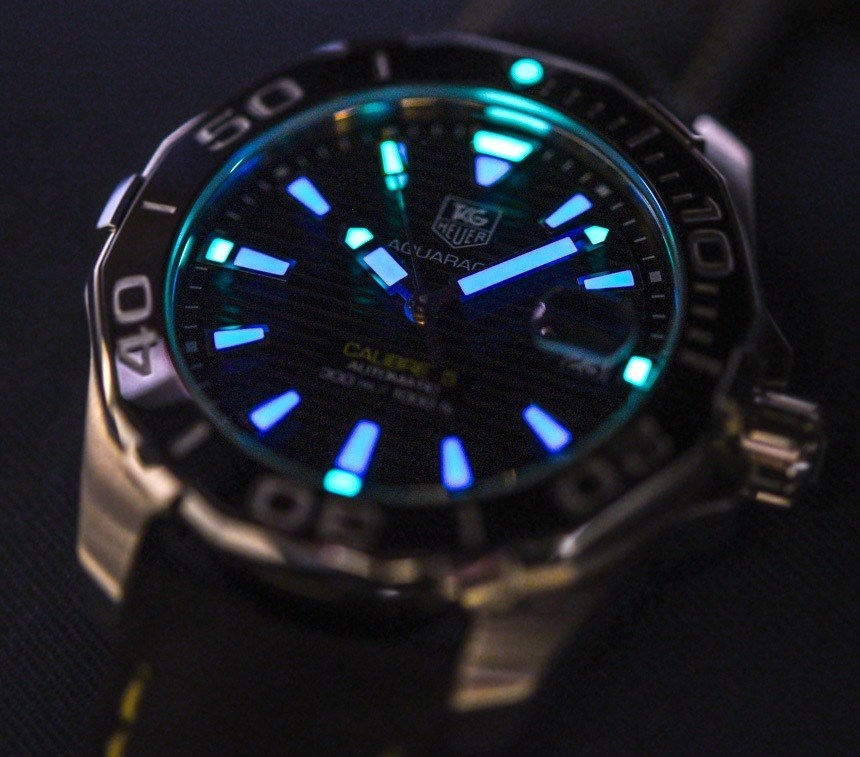 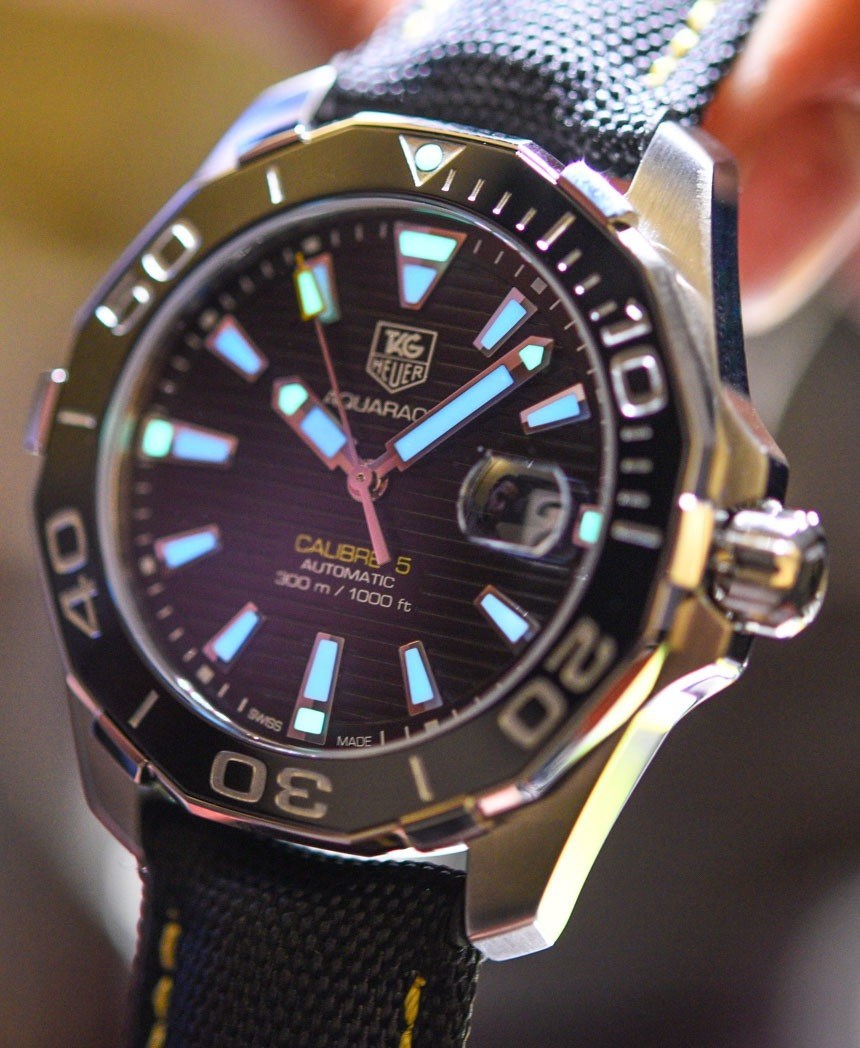 One element of the new 2015 TAG Heuer Aquaracer 300M watches that should be more or less universally appreciated is the blue and green lume. Just look at that: awesome. In terms of legibility, durability, and everything we would judge a dive watch by, I really don’t think there can be much criticism that these TAG Heuer Aquaracer 300M watches are anything other than legit. Unless, of course, you are talking about that “phantom” one. There are two all-black titanium versions, one of which is about totally “blacked out” and is obviously not meant for diving. It’s not trying, however, to be anything more than fashionable, I guess. We have the term “desk-divers,” maybe we should have “club-divers” as well. 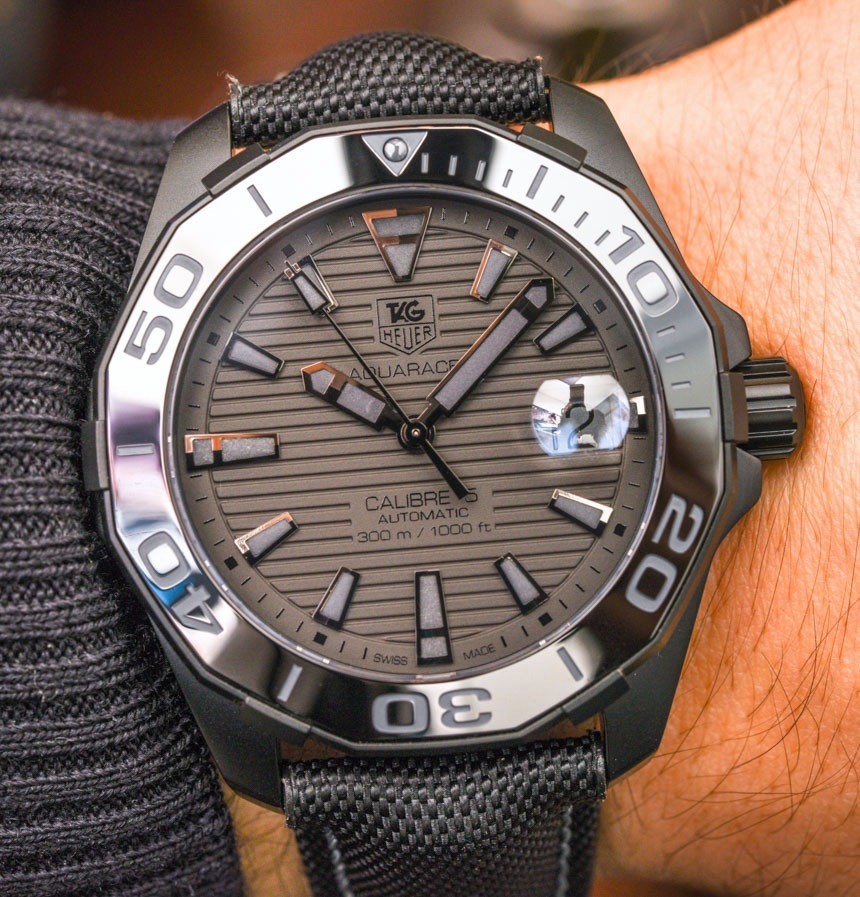 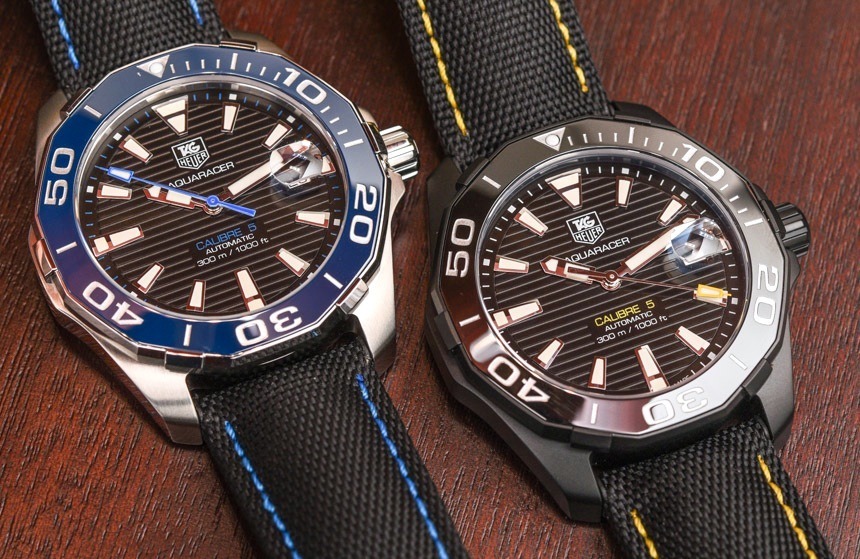 The other black titanium version, however, shows great contrast and legibility. If you are going to have a titanium watch, I think something like this black carbide-coated approach is a good way to go because bare titanium can often have a less “satisfying” look and feel, as well as scratch easily. I think of the four models featured here, this titanium TAG Heuer Aquaracer 300M ref. WAY218A.FC6362 with yellow highlights would be my pick, though I would really want to put it on a rubber strap. I do also like the ref. WAY211B.FC6363 with the black dial, blue bezel, and blue highlights, but I would like it better if the blue of the seconds hand were closer to the hue of the bezel. For the three-hand 2015 TAG Heuer Aquaracer 300M models, besides the four versions pictured here, there is also a ref. WAY211C.BA0928 that has a blue dial, blue bezel, and orange highlights. We have also included some pictures of the chronograph models in the gallery for reference. 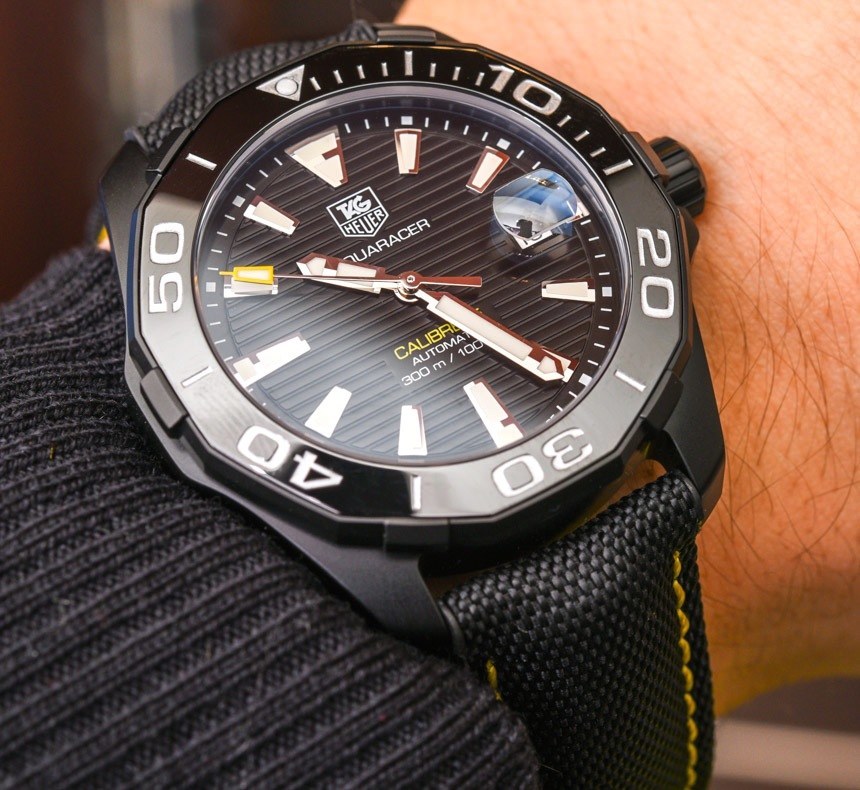 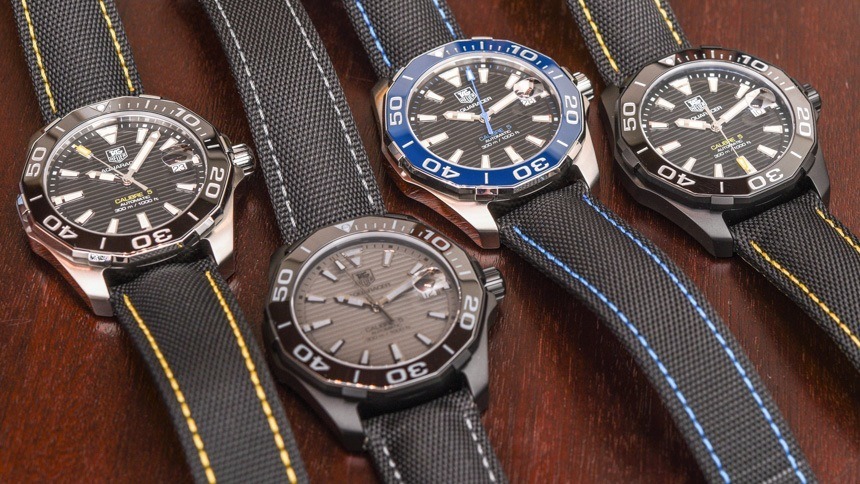 Frankly, I like the size, shape, and proportions of three-hand Aquaracers in general. While these 2015 TAG Heuer Aquaracer 300m ceramic bezel models are sportier than my ideal “versatile” Aquaracer, they are handsome, durable, and maintain a very competitive price and value proposition – no doubt about it. Retail prices for the steel models are US$2,400 on the nylon straps shown here and US$2,550 on a steel bracelet. Available only on the nylon straps, price is US$3,000 each for the black titanium models. tagheuer.com