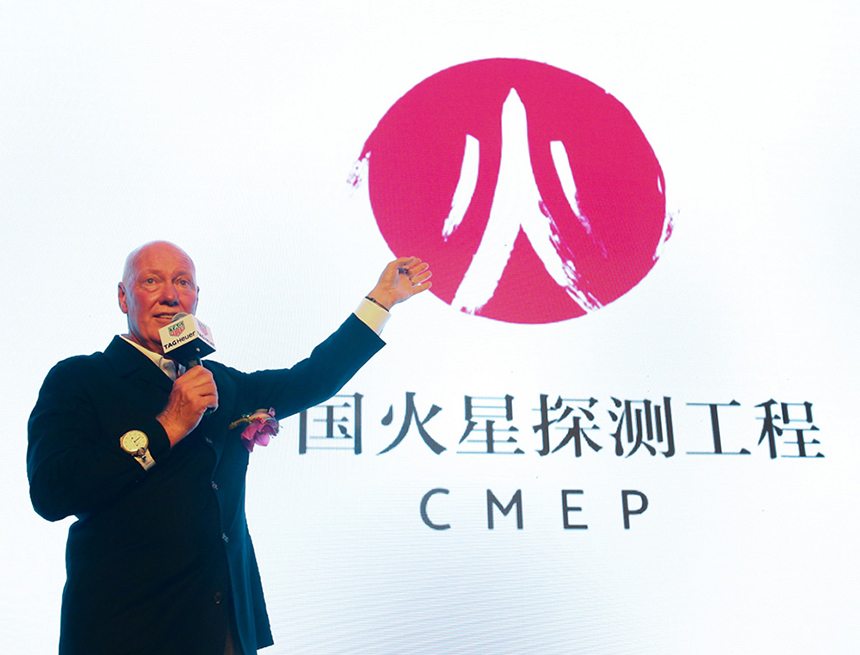 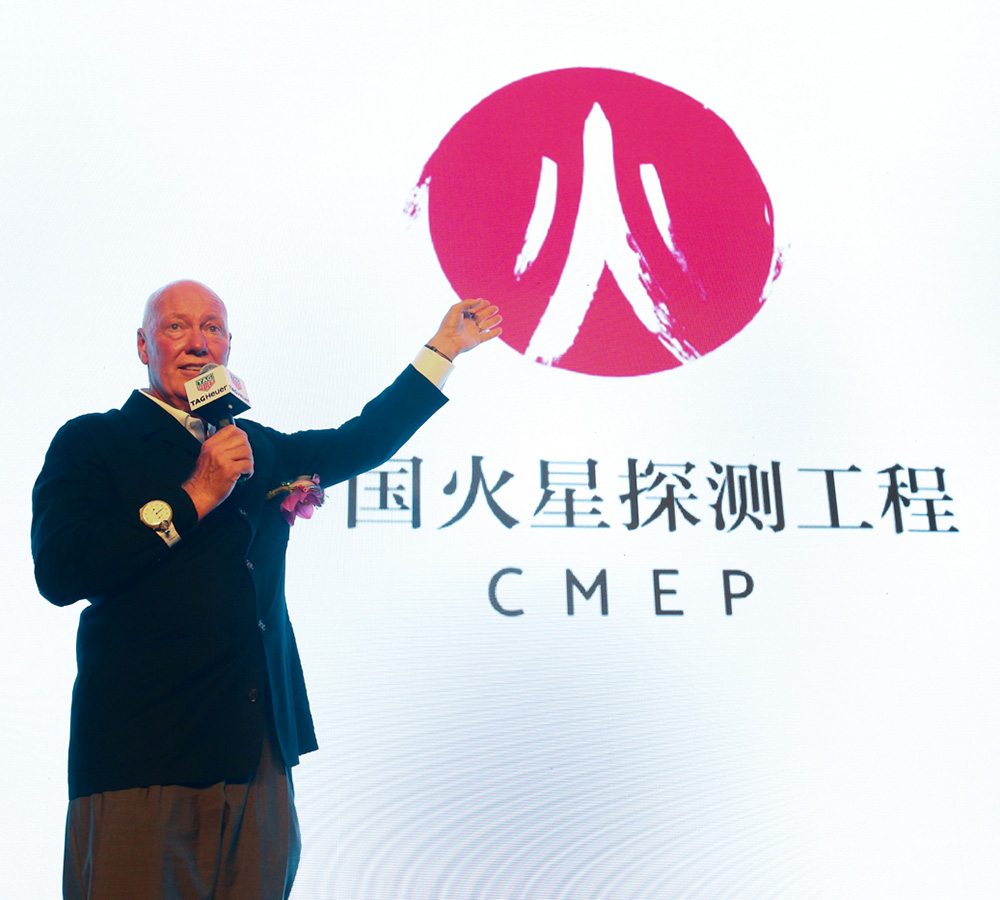 TAG Heuer is making a play for space exploration history as the official timekeeper of China’s Mars Exploration Program. The announcement came this week in Beijing as TAG Heuer CEO and branding wizard extraordinaire Jean-Claude Biver celebrated with scientists and officials of the China National Space Administration the unveiling of the exterior design of China’s first Mars rover. TAG Heuer is a sponsor of the program, and the planned 2020 Chinese mission to Mars will include a TAG Heuer timepiece on board.

Since that is four years from now and the project and collaboration are still at the relative outset, there remain quite a few unknowns. One thing we know, however, is that if the mission is successful, TAG Heuer will be able to claim putting the first watch on Mars. It is not yet clear what watch model will be making the journey – and four years from now will present even more possibilities – even though the brand’s marketing materials show the Heuer 01. Nor is it clear whether the watch will have some role or function for the mission – or if it will be just a passive passenger. 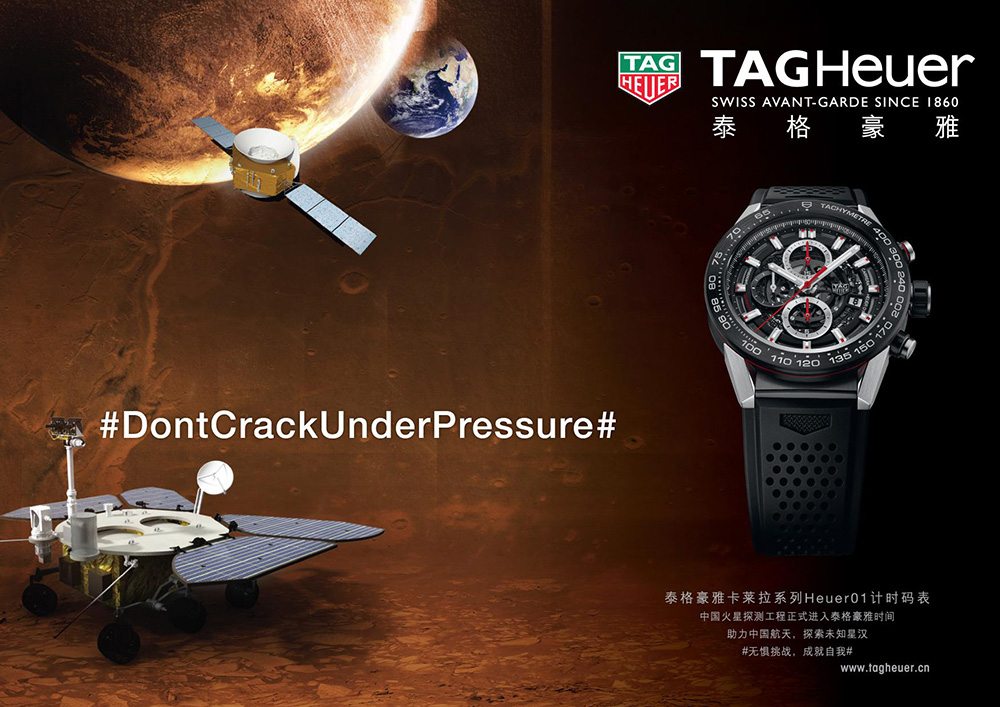 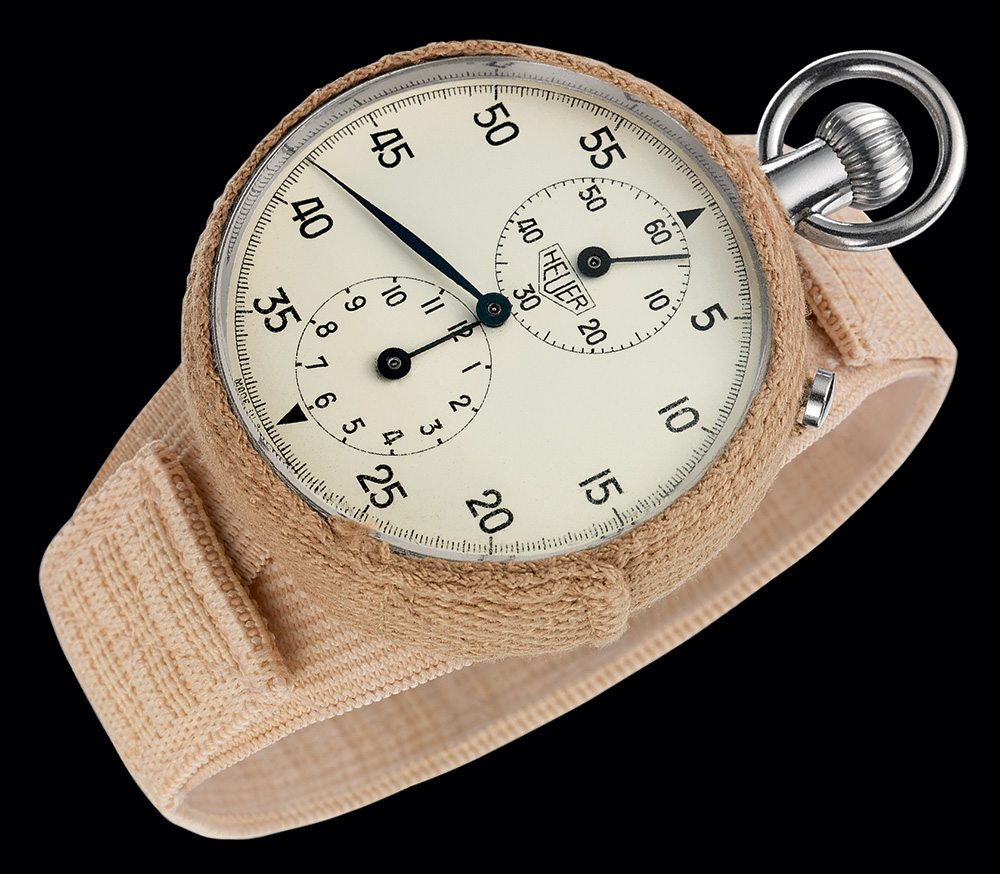 At the event in Beijing, Mr. Biver wore over his jacket sleeve a replica of the Heuer stopwatch worn over the spacesuit of astronaut John Glenn to remind us all of TAG’s history and space pedigree. In 1962, a Heuer watch was on the arm of the American astronaut aboard the Friendship 7 as he became the first American to orbit the earth and the fifth person in space. The Soviets had beat the Americans into space wearing Russian timepieces, but as TAG Heuer is proud to point out, the “first Swiss watch in space” was a Heuer. Also recall the 2012 TAG Heuer Carrera Calibre 1887 SpaceX Chronograph (hands-on here) that went into orbit and then docked at the International Space Station with the private aerospace company SpaceX. 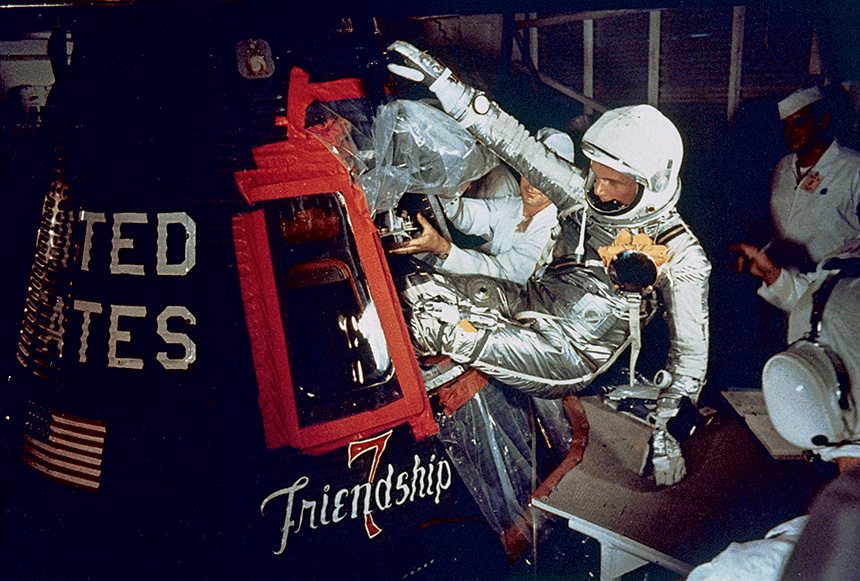 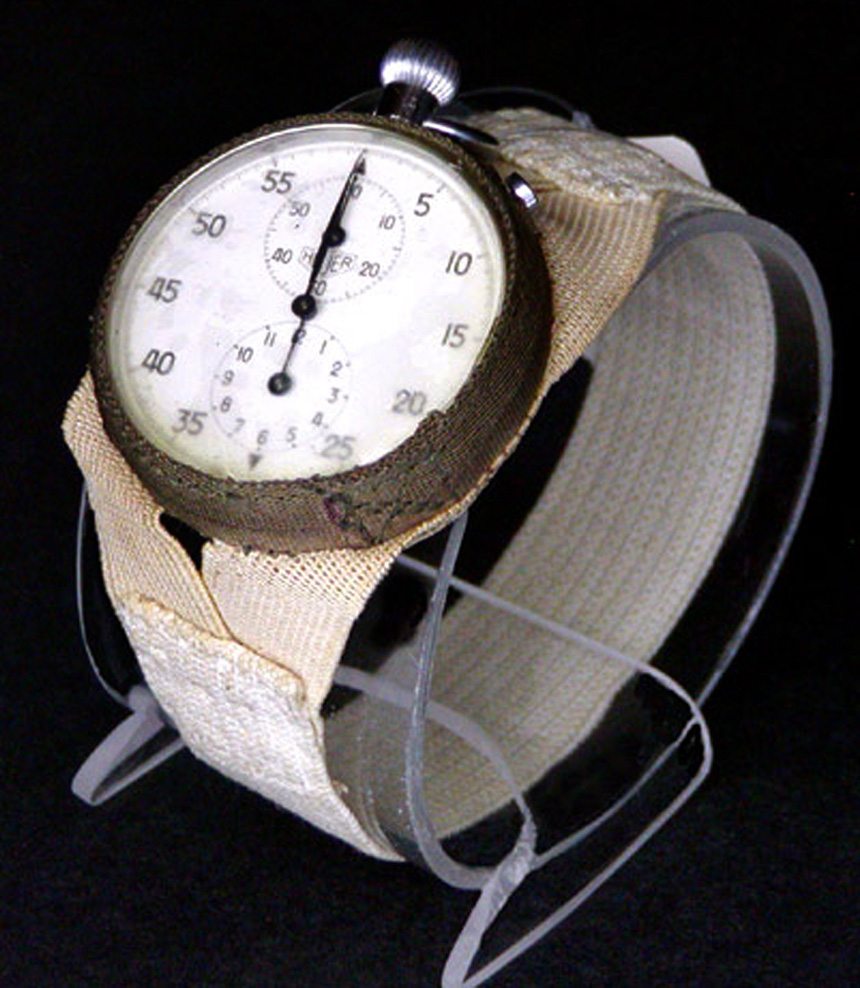 China’s first Mars program will consist of orbiting, landing, and rover deployment on the red planet, building on the success of the Chinese Lunar Exploration Program. At its most distant, Mars is over 400 million kilometers from earth, and besides the higher data transmission rates required by that distance for remote operation of the rover, technical challenges include powering the rover due the relatively low level of sunlight that reaches the planet and its dusty atmosphere. China has also previously indicated plans for an eventual manned mission to Mars, slated for between 2040 and 2060 – for which watch brands are surely already lining up. 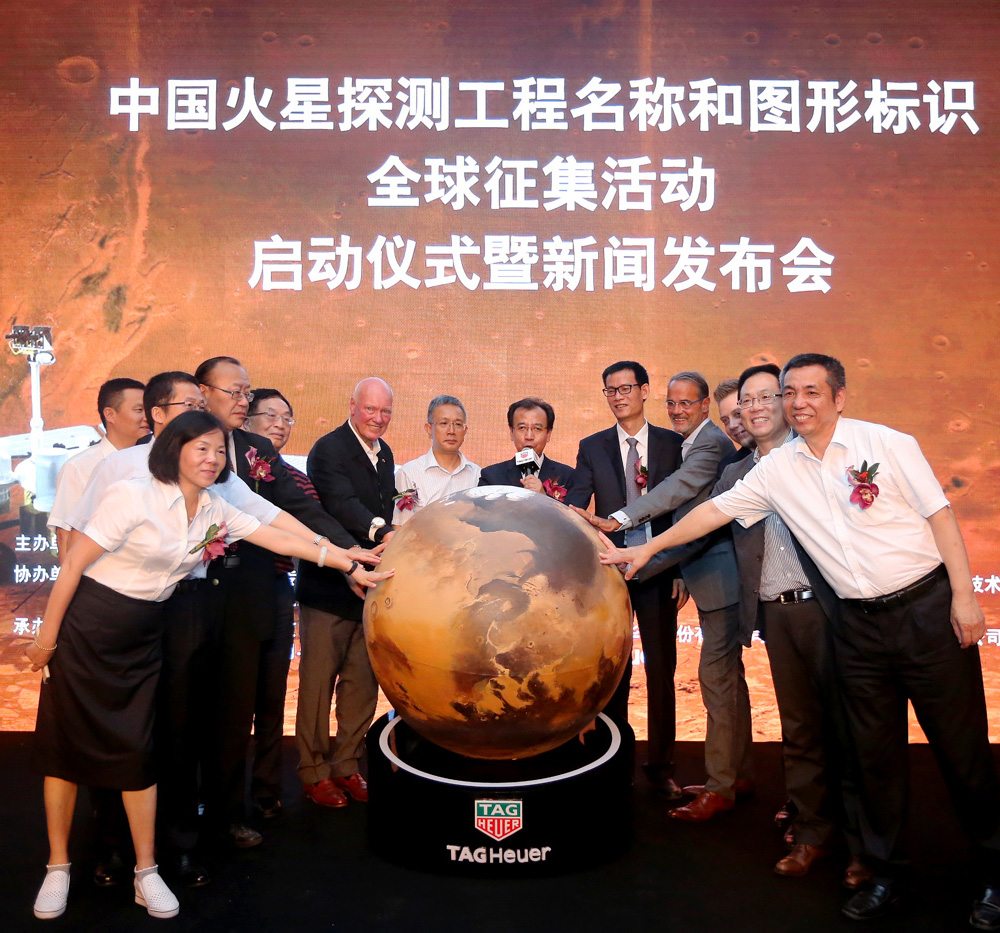 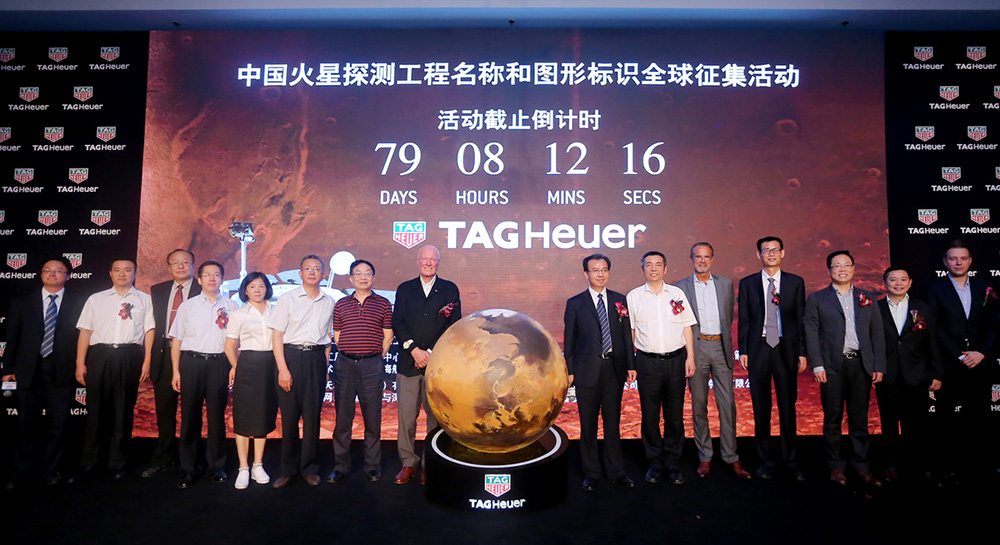 Jean-Claud Biver & project leaders from the China National Space Administration; Behind them is the countdown to the end of the naming and logo submissions campaign.

The event in Beijing was also used to announce a global solicitation for a program name and logo from the public. It is not yet clear how to submit entries – but please, suggest only dignified names (unlike when the public voted to name an International Space Station node “Colbert” after comedian Steven Colbert; or the unfortunate case of Boaty McBoatface). The naming and logo competition are a good way to get more exposure for the program, and more exposure in China can only be good for TAG Heuer. Further, if it enjoys even a fraction of the NASA Apollo’s marketing success, it could offer Chinese, who already buy so many Swiss watches, a similar sense of “ownership” as the Omega Speedmaster Moonwatch offers Americans, as well as a deeper connection to the brand. As an aside, one does also wonder what happened to Chinese Fiyta and their watches such as the Spacemaster designed specifically for and actually worn by Chinese taikonauts such as Zhai Zhigang on his 2008 spacewalk…

The space game is clearly an important but competitive one for watch brands. Mr. Biver has much experience with official timekeeping and strategic partnerships, but milestones among watches in space are certainly a rare and valuable commodity. What everyone wants to know: will this Sino-Swiss alliance lead to a limited edition watch? We’ll just have to hold our breath to find out. tagheuer.com