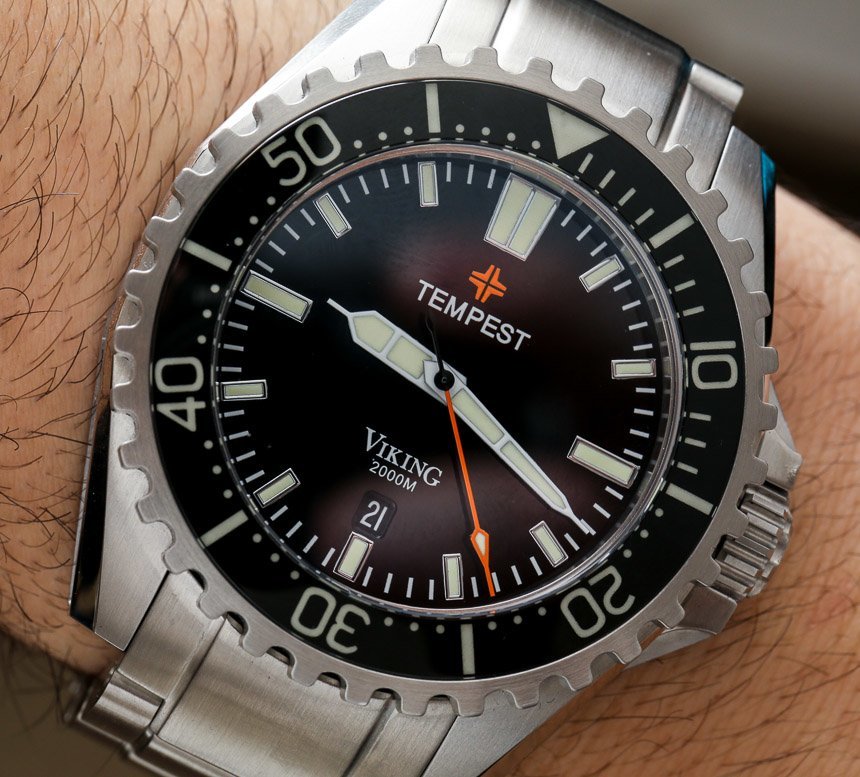 The case also includes an automatic helium release value (used in certain circumstances while diving, but again you won’t need it), but it sort of adds street cred to the watch, so why not have one? On the back of the case is a etching of a Viking ship… you know, because of the name of the watch. I like it better than the many manta rays, squids, or other sea creatures other brands tend to force on the back of their dive watches. In addition to being water resistant to 2000 meters, Tempest also claims that the Viking case is highly anti-magnetic and also rather shock resistant. Again, all this goes back to one man’s dream of ultimate durability.

There are so many different types of features in the Viking that I can imagine the designer writing a list of his “wishes” and making sure that each of them was included in the watch. I am rather impressed that he was able to include as much as he did. Going to the dial you’ll find ceramic. Yup, the dial of the Viking is ceramic, and that includes the black, blue, and orange models. The dial itself is pleasant to look at and highly legible. The hands are the right size even if they are more functional than they are pretty, and the amount of SuperLumiNova on the dial (and bezel) is really stunning. 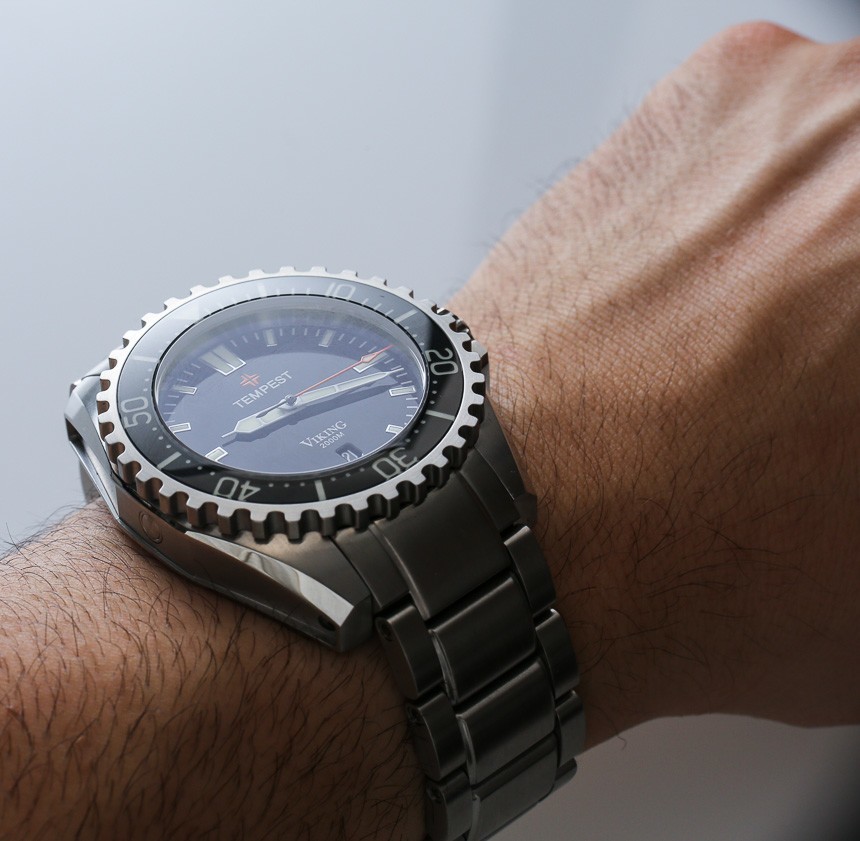 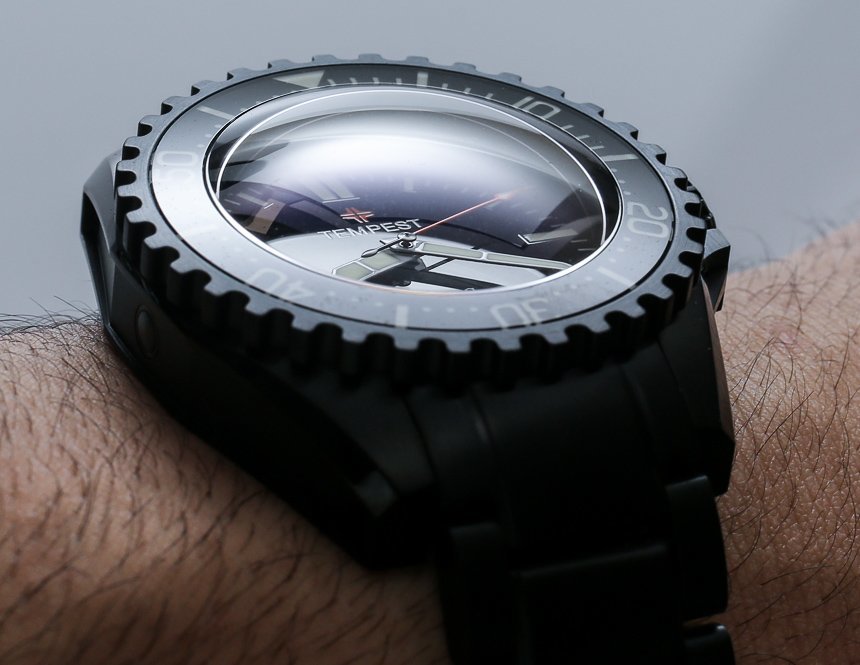 Another benefit of the dial is the symmetrical design. Tempest placed the date window at 6 o’clock to preserve symmetry and it does not materially get in the way of any of the hour markers. Watch lovers will further appreciate that the date disc is black, which helps it blend in with the case. This means it is less obtrusive and should soften the age-old debate watch lovers have about how a date window should be integrated on to a dial–if at all.

Each of the three dial colors is available either in the steel case or the PVD black-coated steel case. They are further each available with either the standard or Super Dome sapphire crystal. That means a fair amount of variety for consumers, even though I think that the black-dialed versions are probably selling best. I feel that the blue dialed version of the Viking has potential, and it is handsome, but I think it would do better if it was matched to a blue versus black bezel. 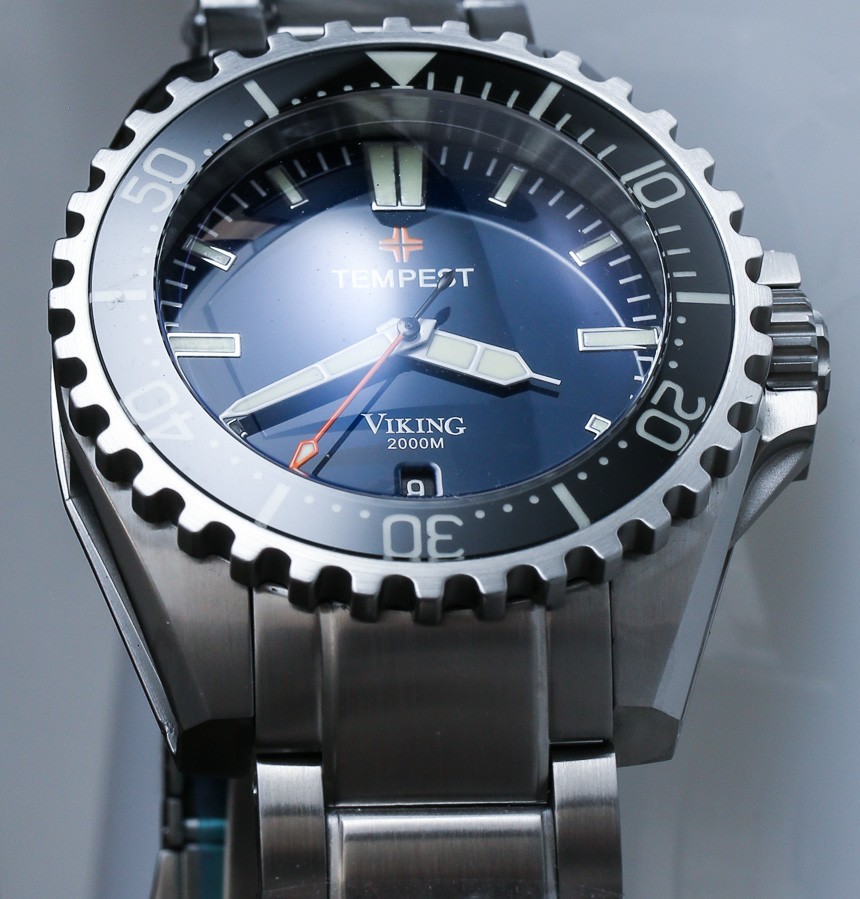 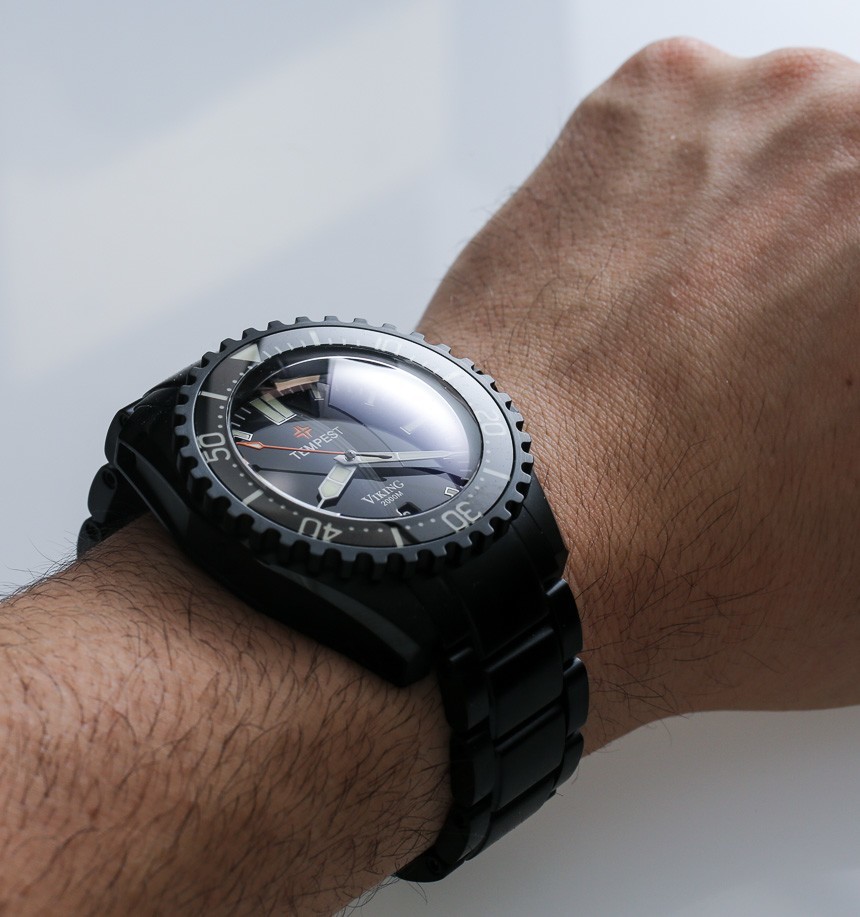 One area that I believe Tempest needed to make a change during the planning and production phase of making their first watches was what movement to use. Originally they wanted to use Swiss ETA movements, but due to the difficulty of actually getting ETA movements they decided to opt for Japanese movements. What Tempest chose was the newer Miyota caliber 9015 automatic movement which is meant to be a direct competitor to something like the ETA 2824. 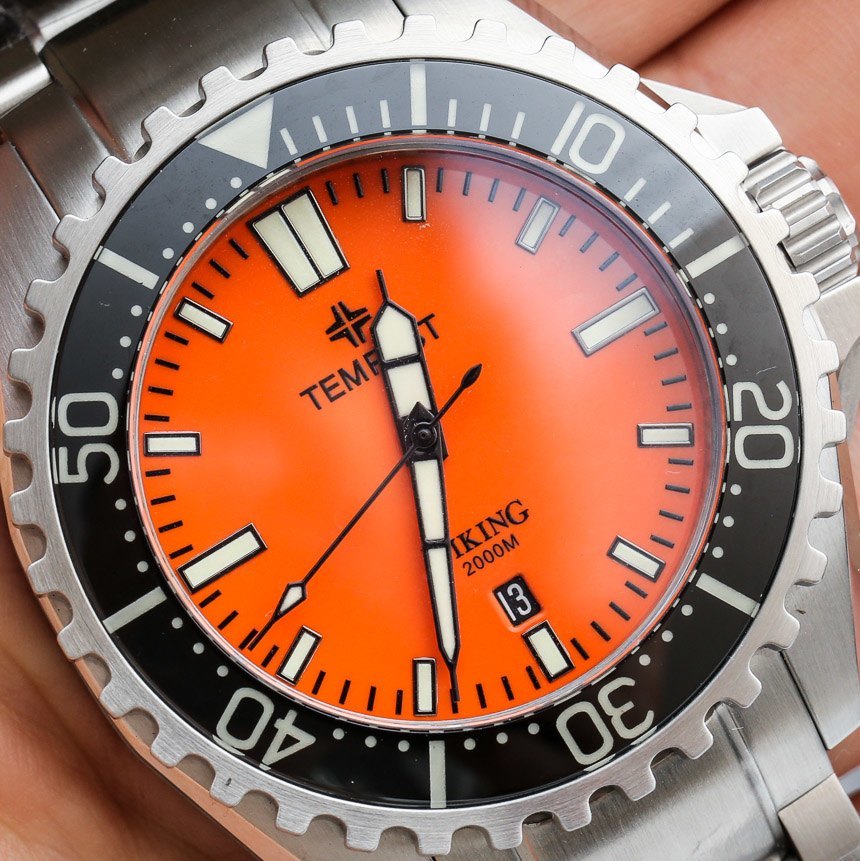 The 9015 is a very capable movement with a similar performance and feature set as the ETA 2824. As a three-hand movement with the date it operates at 28,800 (4 Hz), and it has a power reserve of 42 hours. In addition to being an automatic, it also has a hack seconds function and offers hand winding. As a fully featured Japanese mechanical movement, we’ve been seeing them show up a lot in independent small brand watches and feel that they are generally a pretty good choice. I wouldn’t want to spend $5,000 for a 9015-based watch, but for this price point, I am more than satisfied with its inclusion.

As I said, Tempest is a brand built by a watch lover for watch lovers. You can see that in the product and the attention to detail in the product presentation. The box includes an extra strap (ZULU style), screw tool, cleaning cloth, and the case itself is designed for travel. Overall there is a lot for the money and it is a solidly built tool watch with a lot of character. In many ways it is like a work truck–it might be rough here and there around the edges, but it is designed for durability, and you sort of want to beat it up a bit. Overall, I think that anyone looking for a very durable dive watch who has a sub-$1,000 budget should certainly take a close look at the Tempest Viking collection. Price currently ranges from $740 – $870 depending on the particular configuration. tempestwatches.com

Necessary Data
>Brand: Tempest
>Model: Viking
>Price: $740 – $870 USD
>Size: 45mm
>Would reviewer personally wear it: Sometimes
>Friend we’d recommend it to first:  Guy with off-road vehicle that he seldom uses which he decided to customize and make even more off-road capable. He should also happen to have a soft spot for indie watch brands.
>Best characteristic of watch:  A lot of bang for your buck for the watch guy who wants a number of features in a single timepiece. Feels very solid and bullet-proof.
>Worst characteristic of watch:  Large case has some sharp edges. Sapphire crystal would benefit from additional AR-coating and possibly top-side AR coating as well.