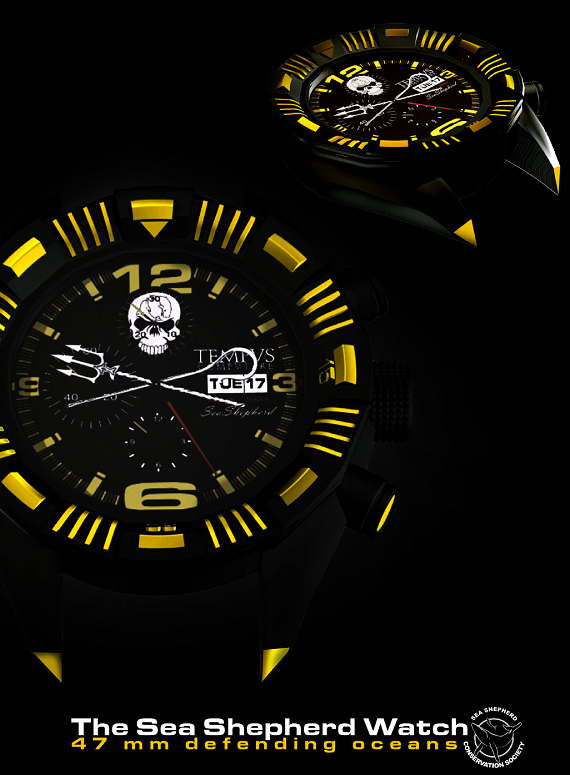 Some people speak for the trees, and others speak for the whales, and dolphins (and porpoises, sharks, turtles, and umm…. others animals). Enter the Sea Shepherd Conservation society, its boats, and its vagabond band of activists. Some people call them eco-terrorists, some call them the only people out there actively trying to do something about the problems of illegal whaling and other vicious anti-Earth activities. Personally, I am glad that someone is doing more than just whining on a sidewalk in Berkeley. You can talk all the crap you want to about people like those who volunteer at Sea Shepherd, but dammit they mean what they say, and are proactive. They kind of realized that protesting alone was the worst way of getting anything done. Oh, and they actually sink ships I hear, which is pretty cool.

Here is a special edition watch dedicated to Sea Shepherd and the activist writer Farley Mowat. The watch is based on the standard Tempvs Compvtare watch that I wrote about here. You can tell right away that the watch is all Tempvs Compvtare (Tempus Computare), but now with a yellow instead of blue trim, and one of the strangest set of hands I have ever seen on a dive watch (or any watch for that matter). Using the iconic Sea Shepherd flag, the dial of the Sea Shepherd watch uses the Poseidon’s trident and shepherd’s cane as the hour and minute hands (trident is the hour hand). You can see the skull shape (with the whale and dolphin on it) placed on the dial as well. The skull and crossbones symbol is meant to be pirate like of course, communicating the aggressive tactics of the team. Though I like how Tempvs Compvtare make the skull meaner looking. I got to handle the standard Tempvs Compvtare watches and they are pretty cool (though the Sea Shepherd was there as it was not released yet). 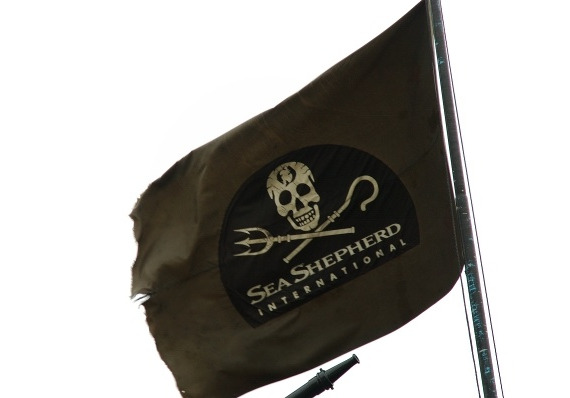 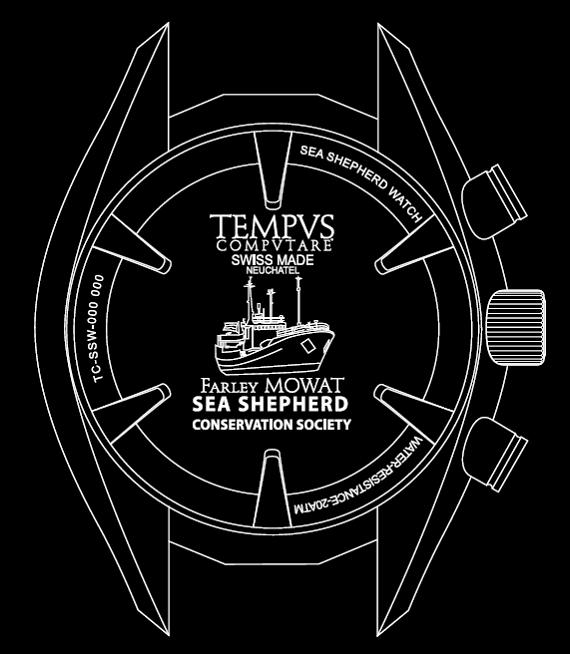 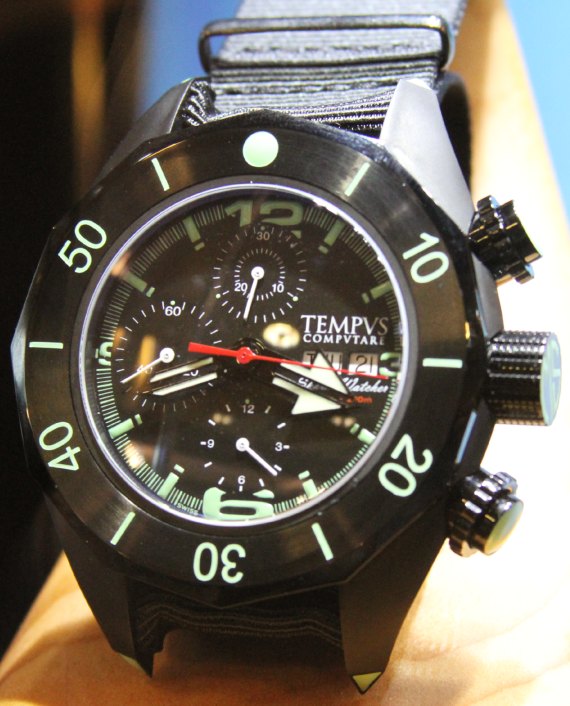 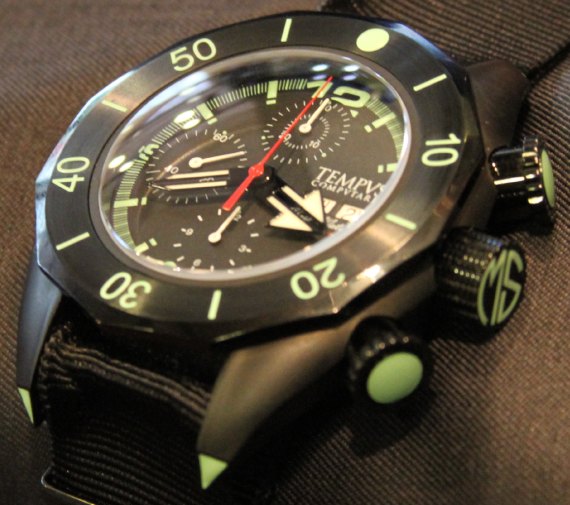 The Tempvs Compvtare Sea Shepard is 47mm wide in black DLC coated steel. It has a very competent design that is masculine and modern. The colored segments (here in yellow) all over the watch are done in luminant – so the watch actually grows like that in the dark. Crystal is naturally AR coated sapphire and the case is water resistant to 200 meters. Inside the watch Tempvs Compvtare uses a Swiss ETA Valjoux 7750 automatic movement. Aside from the odd to read hour and minute hands, the chronograph complication and the date functions are easy to read. In addition to the Swiss movement, according to Tempvs Compvtare the rest of the watch is entirely Swiss made as well. This is not too common actually – and is part of the reason the watch has a high price.