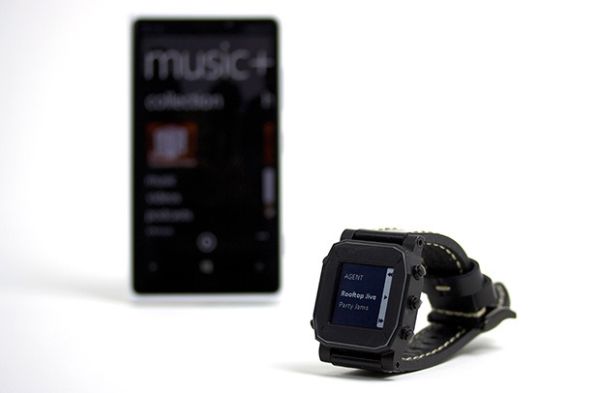 While there is still some question as to how successful the smartwatch segment will be, that hasn’t stopped brands (mostly newer) from pushing innovation to get new models out on the market. Today’s example has technical chops paired with design from a watch brand.

The watch, of course, is the Agent Smartwatch by Secret Labs. Interestingly, this company isn’t a startup – they’re an established company, albeit in the arena of fabricated electronics (including an arduino alternative). What this means for us is that they know how to put the internals of the watch together in a way that will give the watch power and flexibility, as well as some pretty nice battery life. Additionally, since they’ve already invested their main business in Microsoft-based development tools, that means they’ll have an app development suite that will be familiar to a broad range of programmers. This could very well lead to a good variety of apps for use with the watch.

Slapping together circuits and building development tools are only part of the picture, however – if the thing looks like a brick, or school science project, no one is going to want to wear the watch. That’s where collaboration with the New York brand House of Horology comes in. Their Bedlam line of watches came out in the last year or so, and had success getting their pieces distributed. On the aesthetics front, you can see how House of Horolgy influenced the exterior, with a 38mm (10.5mm thick) case that’s reminiscent of their Bedlam watches, though a bit more streamlined (to allow for wider unisex appeal), and straps that look quite similar to what comes on the Bedlam; they’ve also place an AR-coated crystal up front.

This means we’ve got something that looks, more or less, like Secret Labs took an upscale sport watch, ripped out the old movement, and popped in a screen. In other words, it’s a watch first and foremost. But back to that screen. That’s the first innovation in the watch we’re seeing to distinguish this from other models. The 1.28″ LCD is a new one from Sharp, and it bridges the gap between an e-ink screen (with great battery life and visibility outdoors) and a traditional LCD screen (with the ability for smooth animation). Unfortunately it’s greyscale only at this time, but I’m sure in time color screens will get in the mix… (more »)