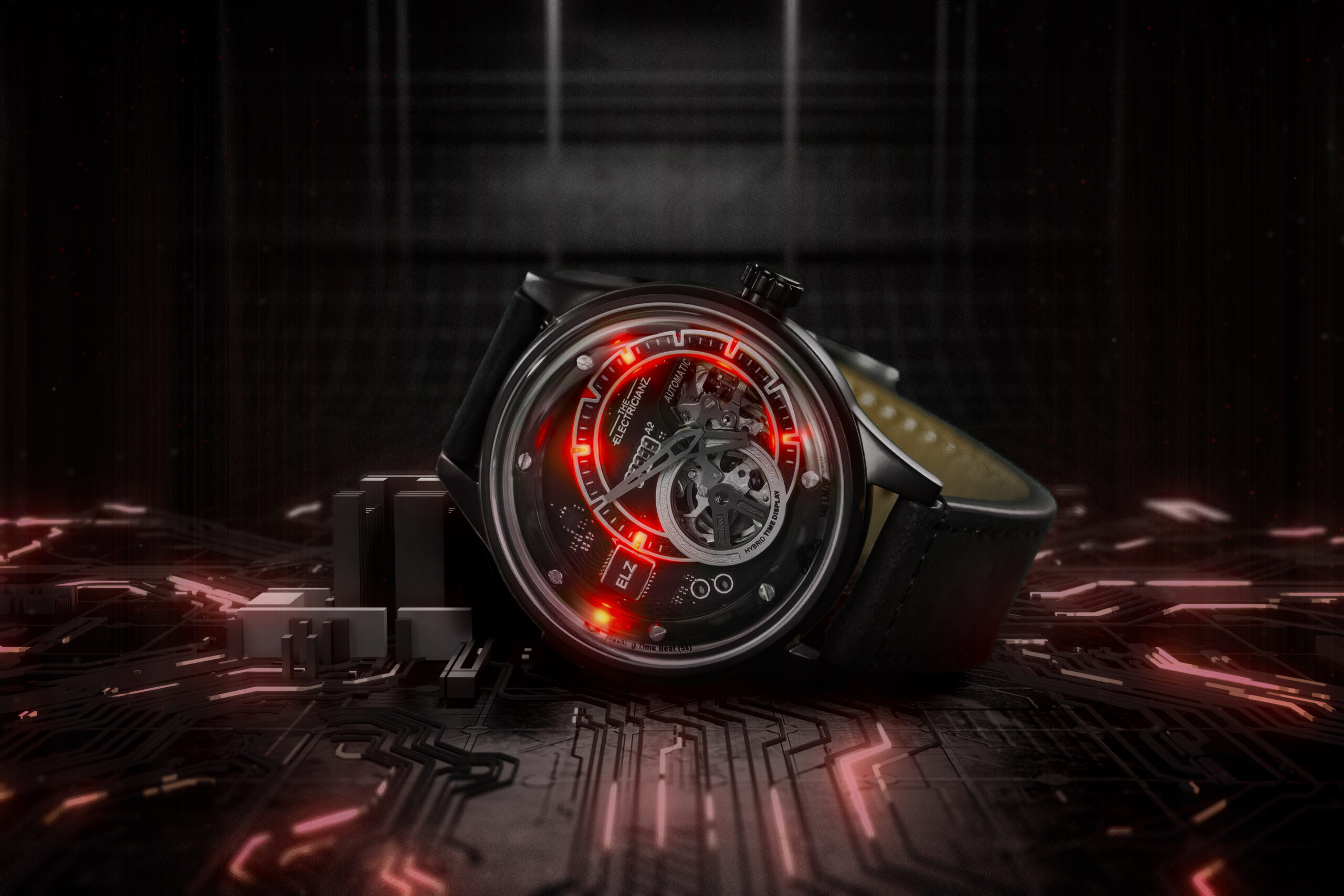 The Electricianz Hybrid Mechanical Time Display Lights Up The Room

21 Comments
by SponsoredPost
Sponsored post presented on aBlogtoWatch for advertiser

Berne, Switzerland-based The Electricianz, founded in 2017, is an ambitiously envelope-pushing watch company whose brand-new concept, the Hybrid Mechanical, is running now on Kickstarter. The brand’s chief desire is to curate unique objects that illustrate electrical phenomena in designs that combine new technology and cutting-edge fashion. The result, in the case of the Hybrid Mechanical, is a daring new product that stimulates not only imagination but also conversation. Anyone who sports this timepiece on their wrist will certainly turn heads. 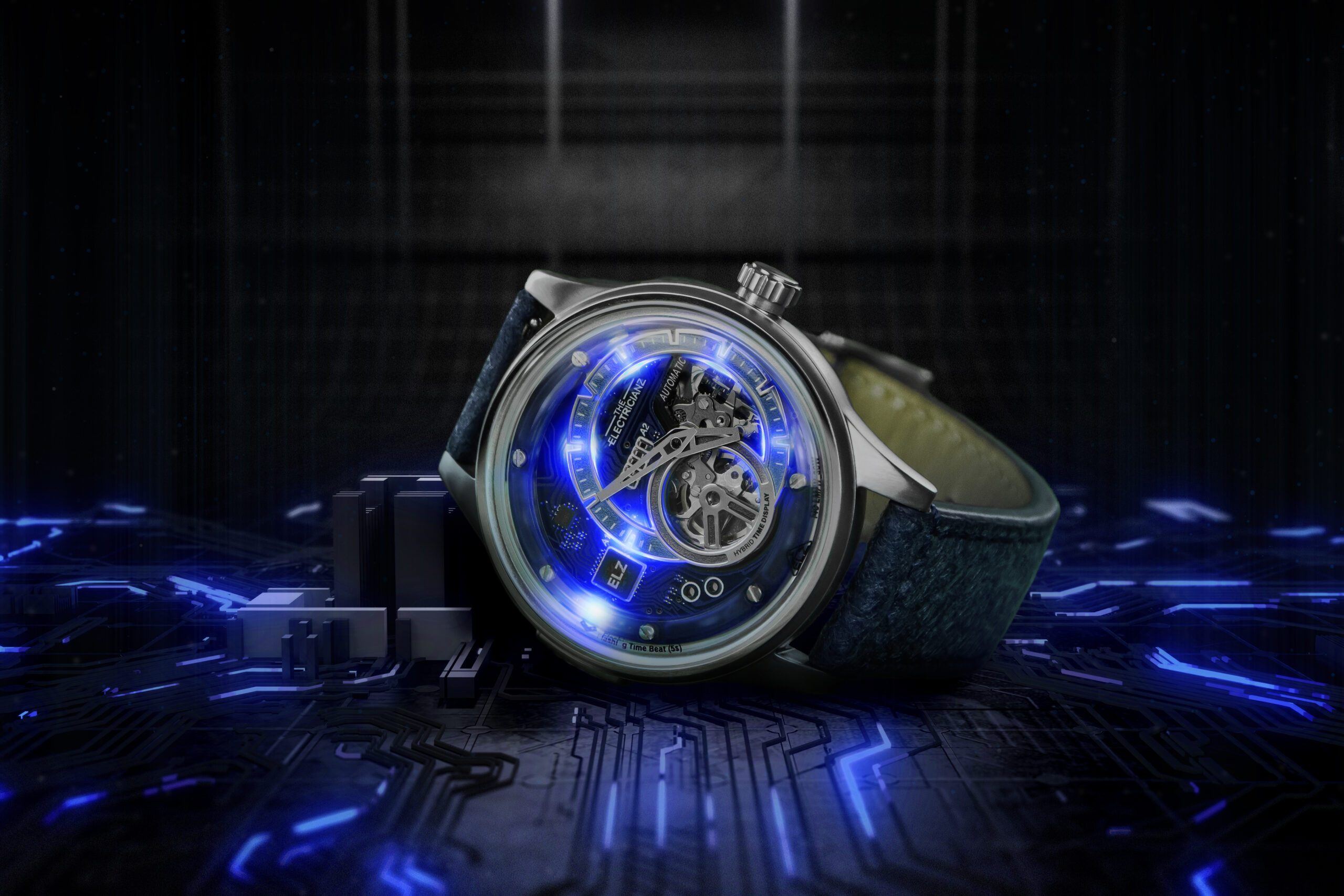 The Hybrid Mechanical has what the brand calls a “dual core” — a self-winding automatic movement and a state-of-the-art electronic in-house module consisting of a printed circuit board powered by a lithium battery. 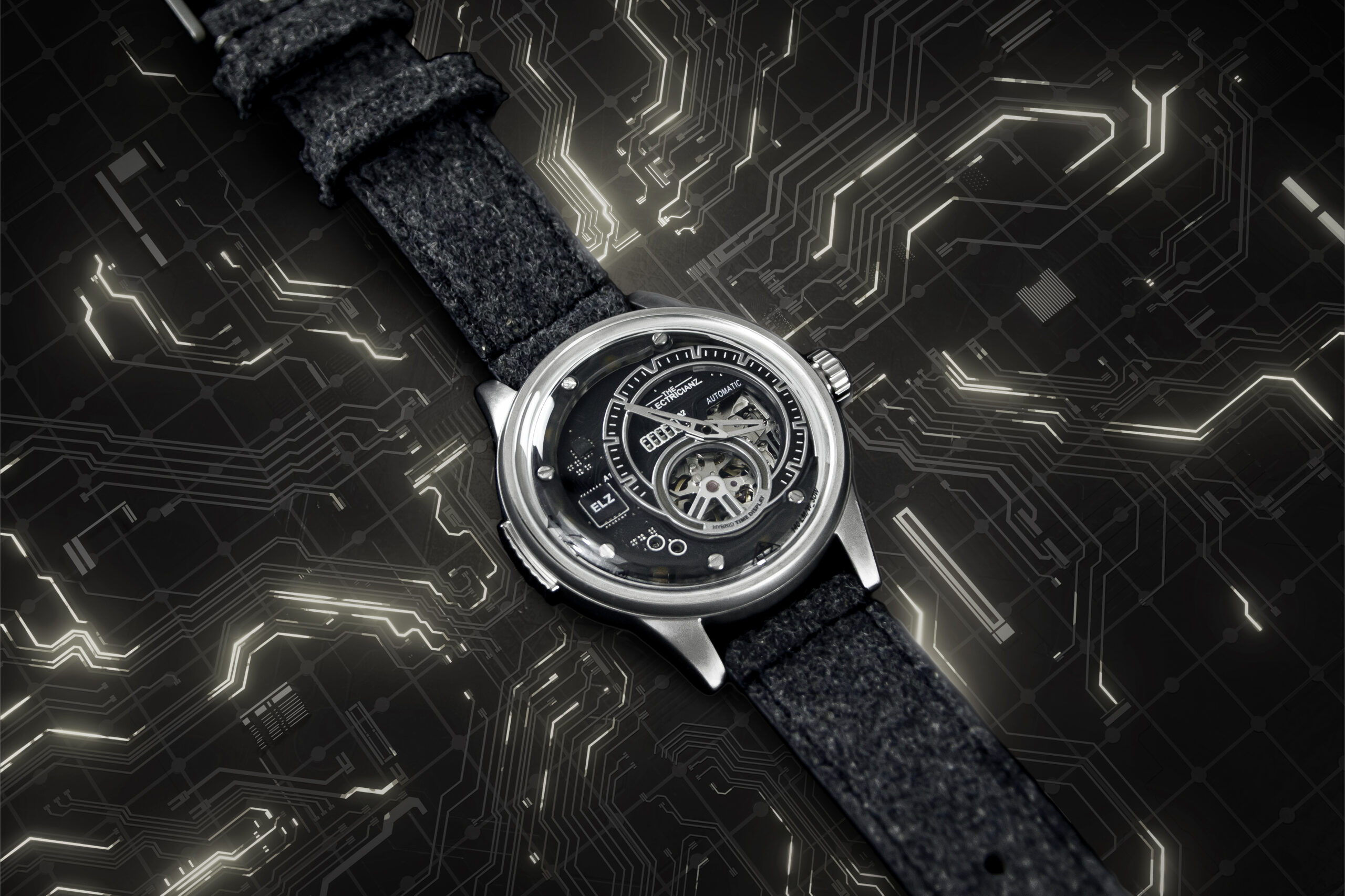 It’s an understatement to say that The Electricianz is a brand obsessed with light. One of the unique features of its latest creation is its concept of “night vision,” in which wearers can activate a “retrograde seconds” function with a pusher at 9 o’clock that triggers a light that will flash for five seconds before returning to its original position. Its 10 LEDs (light-emitting diodes) help watch lovers “chase the darkness.” 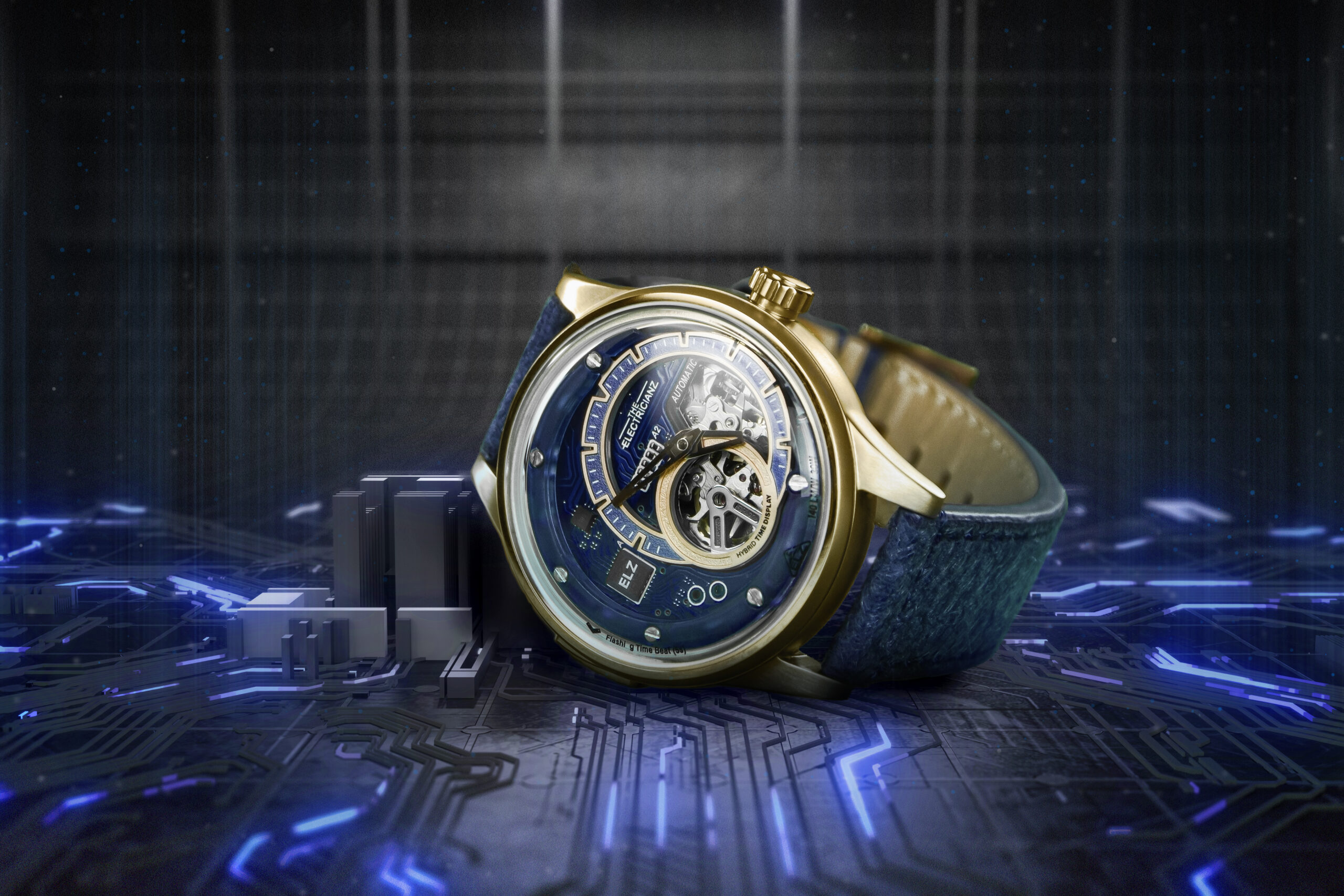 Each of the seven references available at launch is augmented with autonomous technological modules that feature 10 micro-LEDs. The timepiece has 316L stainless steel case with glass box construction, a functional and stylized printed circuit board, a multi-layered architectural dial opening on the balance wheel, and a semi-transparent caseback. 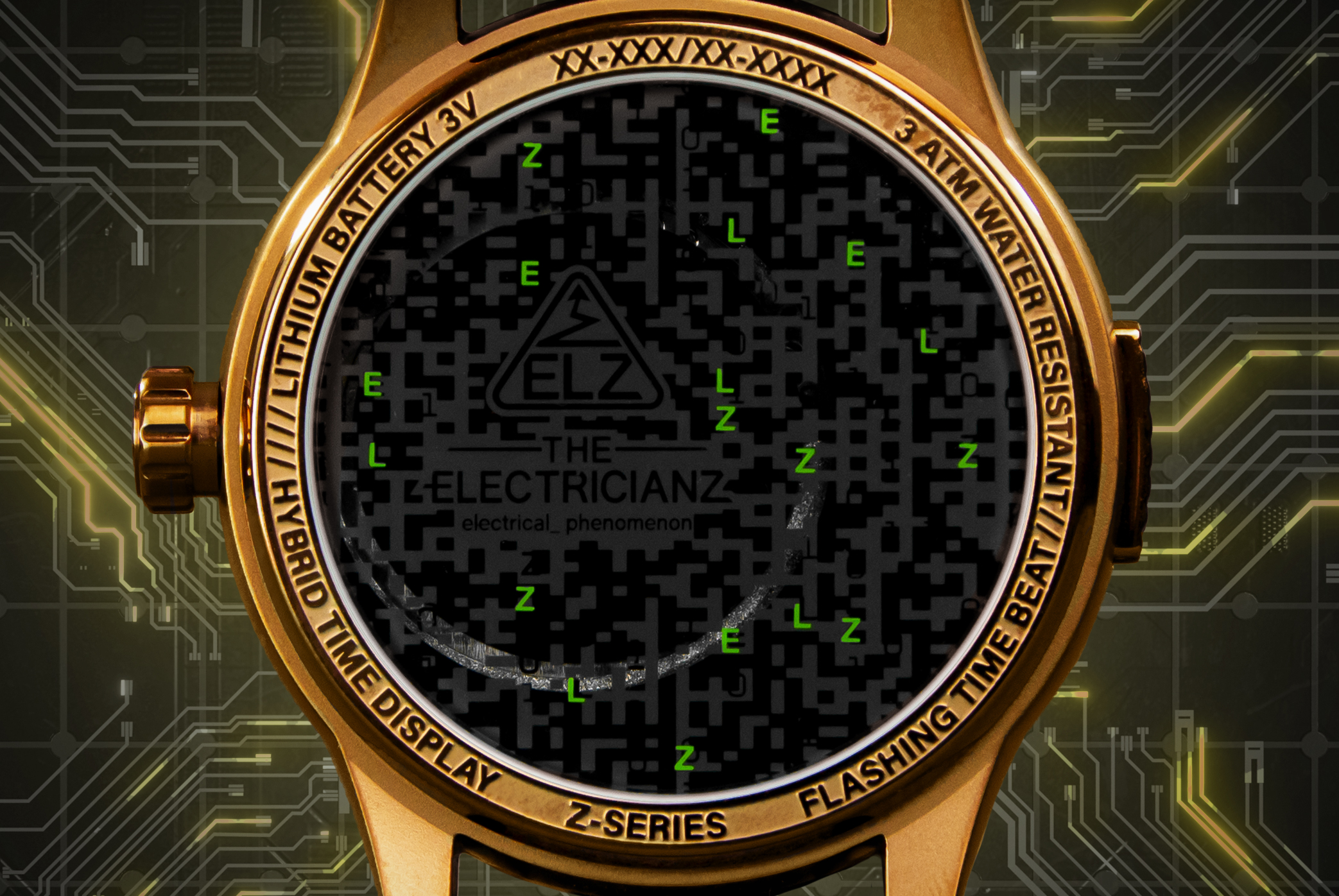 These multiple color and dial-treatment combinations allow you to choose the most compelling look for your wrist. Each timepiece is powered by the Miyota 8N24 Skeleton movement, along with the aforementioned ELZ-LAB 4 electronic module (patent pending), and has a power reserve of 42 hours. One lithium battery is required to power the LED backlighting system.

The Kickstarter for The Electricianz Hybrid Mechanical Time Display quickly reached its goal after launch, but you can still get in on early-bird pricing until September 23rd, starting at $411 USD. Full retail price will be $685 USD. Visit the brand’s website for more information.