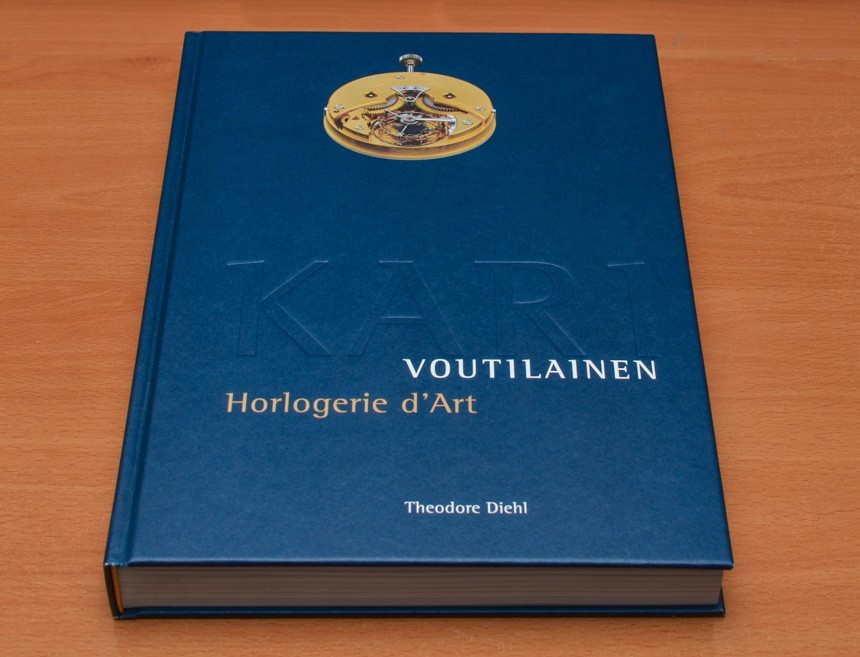 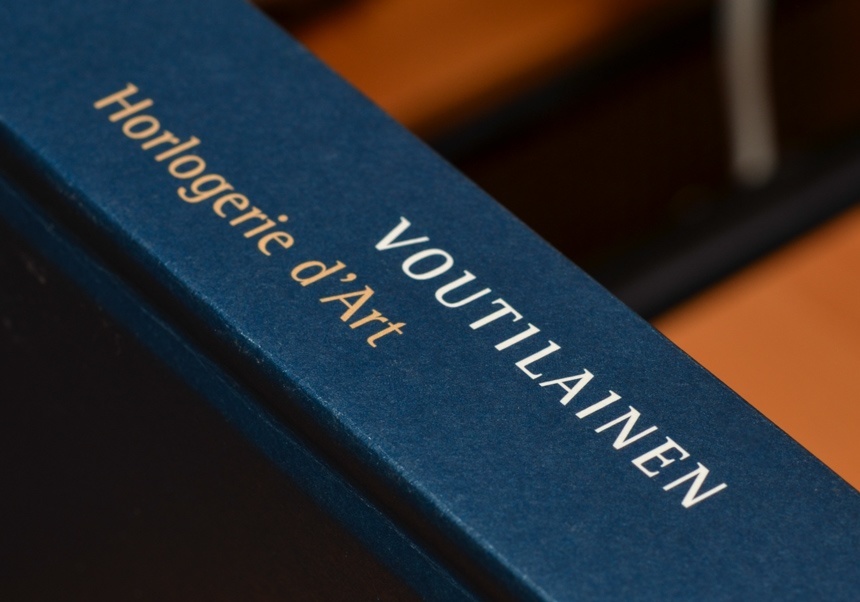 As much of a cliché as it is, we will begin with this note: we are living in the age of the “cyber revolution,” when the content that we consume, read, watch, and listen to is first and foremost produced and made available in a digital form. Even most of the greatest publications of the world have embraced the digital age by publishing their own websites, iPad apps and whatnot; all in an effort to gain back some of the ground they have lost to the digital age.

With all that said, when we do take the time to invest in reading a printed publication – let that be a high-quality magazine, book, atlas or other – we tend to expect something that is beautifully detailed and is presented in a unique, bespoke way. Today, we are looking at something that ticks all those boxes and more, as Theodore Diehl’s large format, 270-page book about highly respected independent watch maker Kari Voutilainen provides an in-depth look at not only Kari’s career and awe-inspiring work, but also at what makes independent watchmaking so beautifully intriguing.

Although we have written about Kari Voutilainen a number of times before, for those not entirely familiar with his name, let me very briefly introduce him, so as to show why he is a most suitable nominee to receive a book dedicated to his work and craft. Basically, Kari Voutilainen is noted amongst the greatest master watchmakers in the world as his name has been synonymous with unique movement designs and exceptionally high quality movement decoration.

But let’s not rush so far ahead in time: the first of the book’s five chapters is titled “The Watchmaker” and, after a short introduction to the history of Swiss watchmaking, it details the more important dates in Kari’s life and career, starting from his birth in 1962 through his application to the highly regarded WOSTEP school of watchmaking in 1989, until 2002, when he finally set up shop in Môtiers, following a few years of working with Parmigiani Fleurier and teaching at WOSTEP. 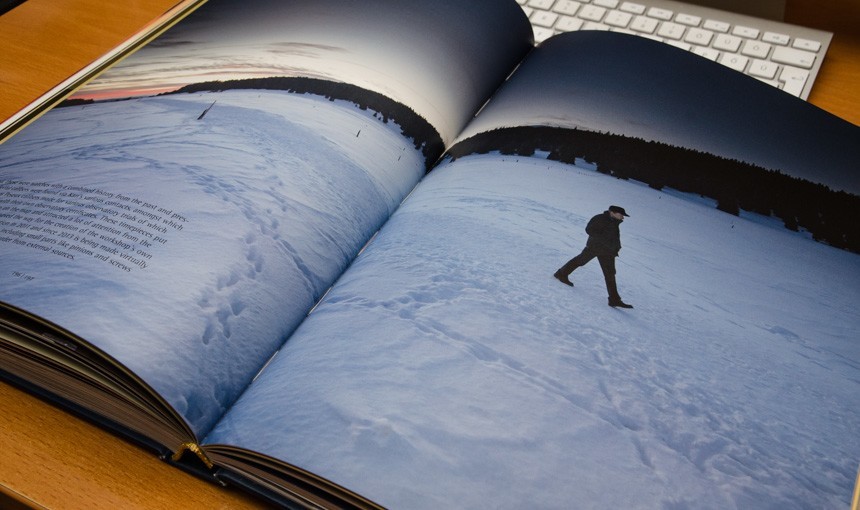 The book, however, is by far not just a collection of dates, facts and figures: beyond a more detailed look into the mindset – and the way that develops as a watchmaker proceeds to tackle increasingly difficult tasks up to the point of establishing his own workshop – it also features countless quotes from Kari Voutilainen himself. As anyone who has met Kari will tell you, he is a very modest, humble and honest person, a true introvert – just like most other master craftsmen. And yet, the way that he shares his opinion and experience alone renders this book worthy of our attention.

Chapter two, “The Passion” goes on to tell the story of how the Voutilainen workshop developed over the course of a decade, between 2002 and 2012. It is here where Kari elaborates on how his one-man workshop grew to ultimately become a totally independent manufacture situated in a magnificent chateau, that now provides enough space for Kari and his some dozen-people large team, as well as all machines, offices, and even living quarters. Reading through the pages that told the story of how Kari progressed from his apartment to having this mansion, I felt like I was reading more of a fictional story of an isolated master craftsmen turning out some of the finest items in the world, rather than a biography of a highly professional team that works today… Good thing the beautiful illustrations were there to show that this fantastic story couldn’t be more real.

Furthermore, it is here in the second chapter where the reader may learn not just about the basic principles behind independent watchmaking, but also about what those fundamental values are, to which Kari holds himself. These include his approach to a “Scandinavian,” i.e. more democratic, way of leadership as well as to handling the ever-increasing demand for his work. 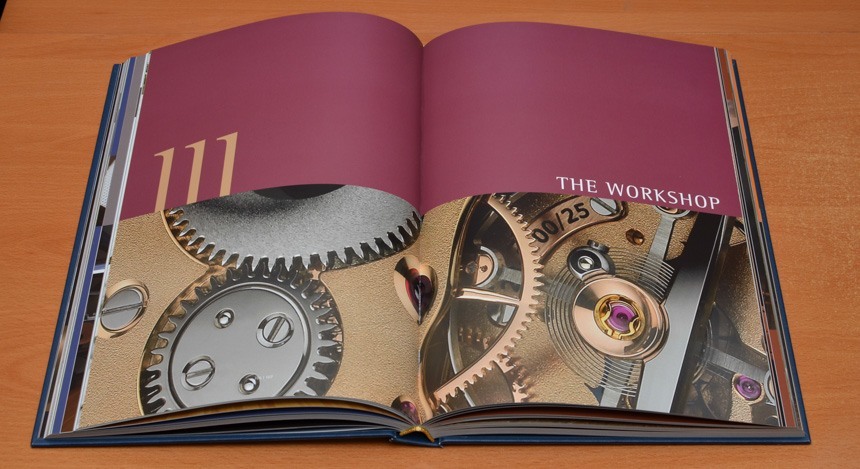 The third chapter is about The Workshop itself, which actually means no direct transition from the previous segment: the discussion continues about the number of pressing issues and challenges that an independent brand has to face, including managing the number of watches made each year (balancing between being economically viable without sacrificing credibility or the value of the previously manufactured pieces) and the way the craftsmen of the workshop collaborate.

Halfway through the book and it has been said countless times: the effort that goes into creating such a work of art as a timepiece made by an independent watchmaker necessitates so much more than a well-equipped workshop. “The Creation,” goes the title of the fourth chapter, discusses in great detail that magic, the actual work that goes into conceiving, designing, manufacturing, assembling and decorating such a watch. 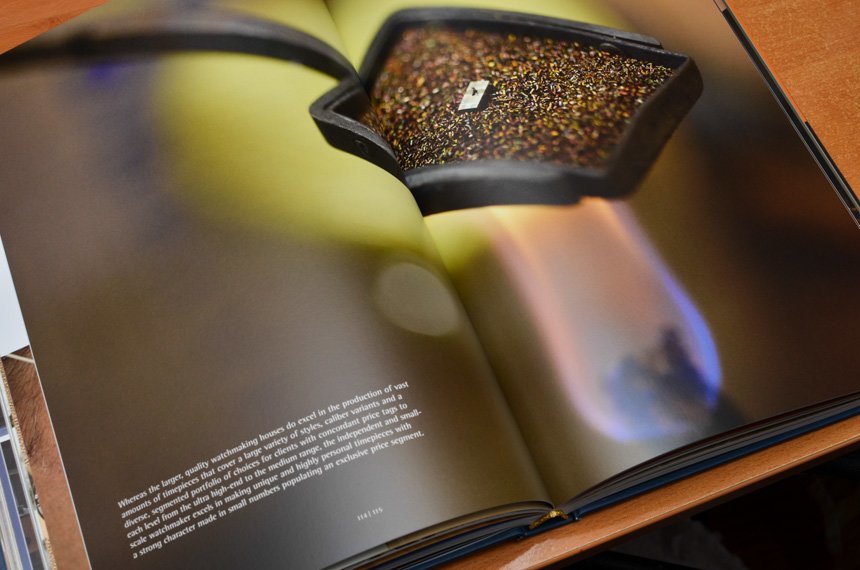 Decades or even hundreds of years old guilloché machines work in perfect harmony with modern, multiple-axis CNC lathes all in an effort to create a watch that blends the beauty of traditionally crafted dials and hands with the accuracy and reliability of modern movement components. Several traditional and modern manufacturing methods are introduced here in detail, in a way that makes them easy to understand and appreciate even for those less tech-savvy. 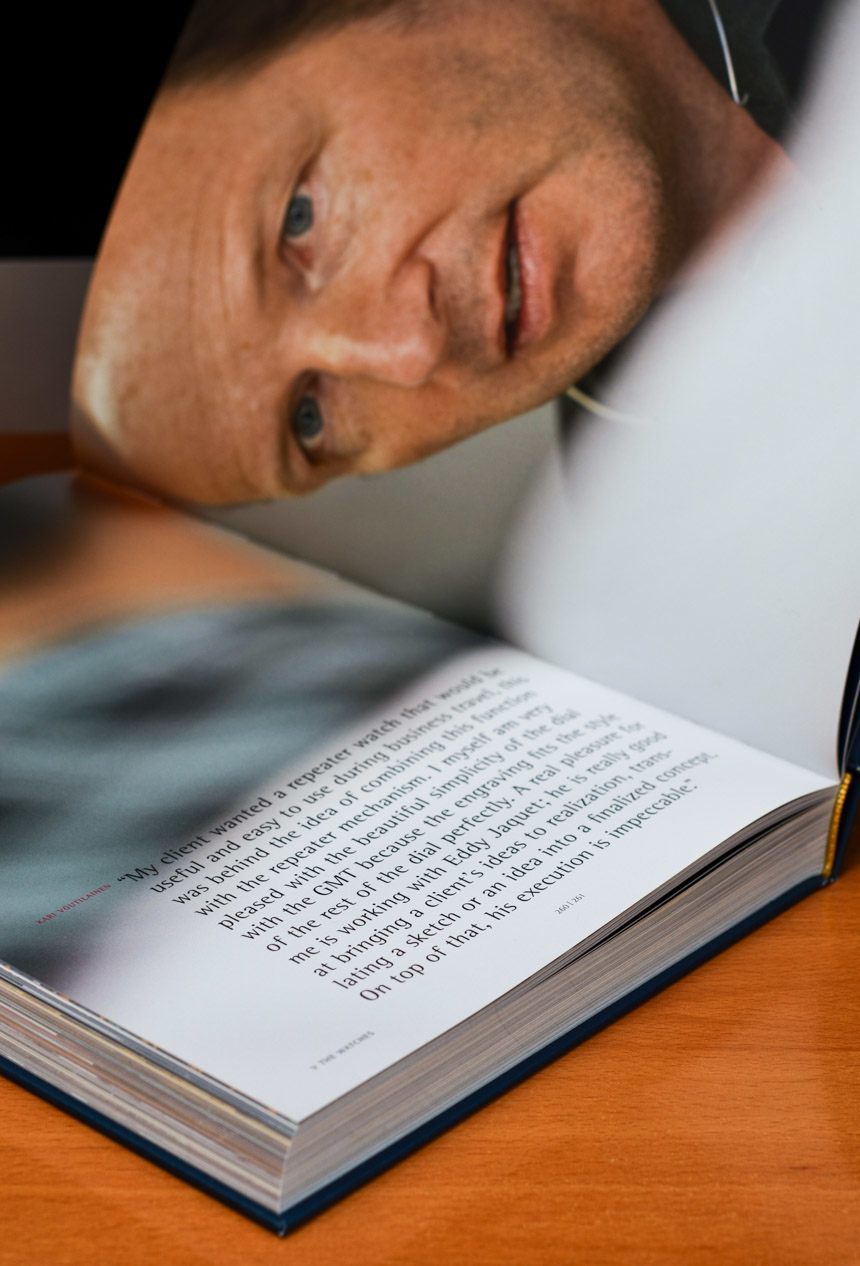 The last major chapter is simply titled “The Watches” and is a 70-page long segment that shows Kari’s more important wristwatches and pocket watches in a chronological order. Beyond listing their technical details Kari shares fascinating details about their conception as well as about what makes that particular kind of watch – say, a minute repeater or a tourbillon – difficult to make.

This fifth chapter is not unlike any other before it: being easy to understand while sharing in-depth information are both of great priority. It provides a detailed look at the versatile work of Kari. We mentioned this balance between readability and finer details before, but we have not talked about the person responsible for consistently achieving this fine balance throughout the book: the author, Theodore Diehl. 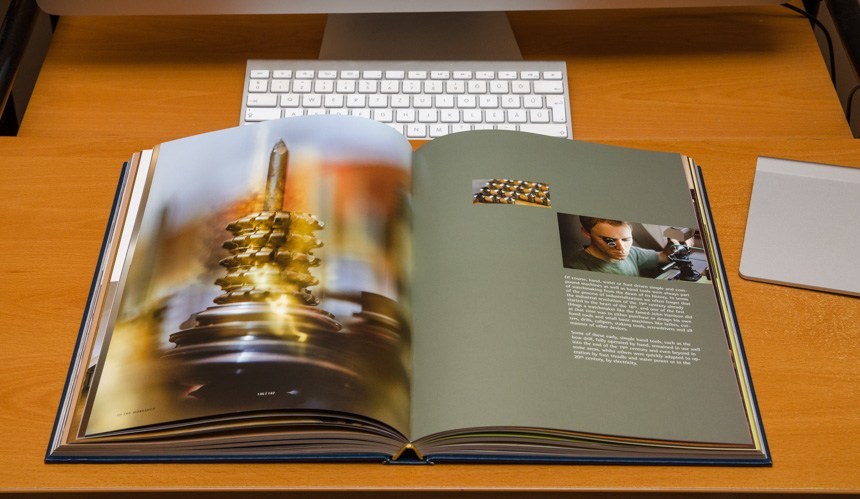 He goes the extra mile to make sure that readers of all kinds – from the serious collector to the novice enthusiast – understands the countless complex issues which are discussed in the book. There are just so many things to be told here: from Kari’s unique personality through the unique economical, philosophical and historical position of independent watchmakers to fine technical details… all of which need to be told in detail, without sounding superficial or boring.

Ultimately, it is this diversity that should make this beautifully illustrated book a good read for most, as there are a lot of new things to learn regardless of one’s knowledge of the industry or familiarity with Kari Voutilainen and his stellar work. To me, personally, it was getting to know one of horology’s all time greats better through not just reading about him, but also from him. The Theodore Diehl: Kari Voutilainen Horlogerie d’Art Book is by no means cheap, but is a lasting investment. It is a highly recommended read for those fascinated by the unique world of independent watchmakers – and by the story of one of the very best among them.

The book can be purchased via booksimonin.ch and is priced at 255 Swiss francs or about $279. voutilainen.ch